Accessibility links
Trump Blasts Obamacare At His Miami Golf Course But Misstates Employees' Coverage Donald Trump says steep premium increases on government-run insurance exchanges are a sign that Obamacare is "blowing up." But he overstated the impact on his own golf course employees. 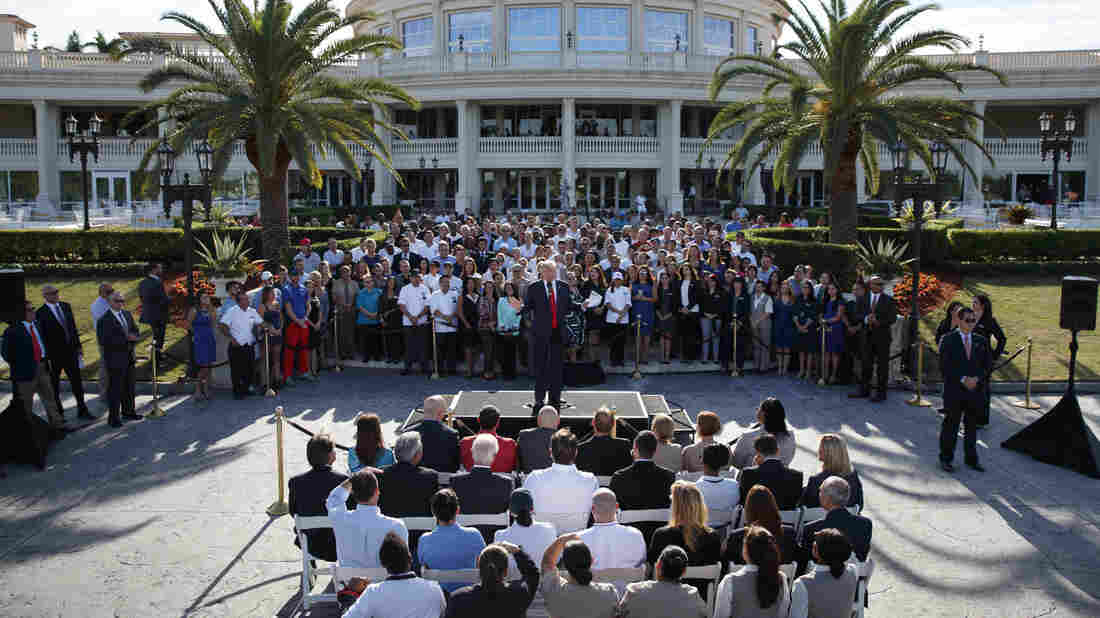 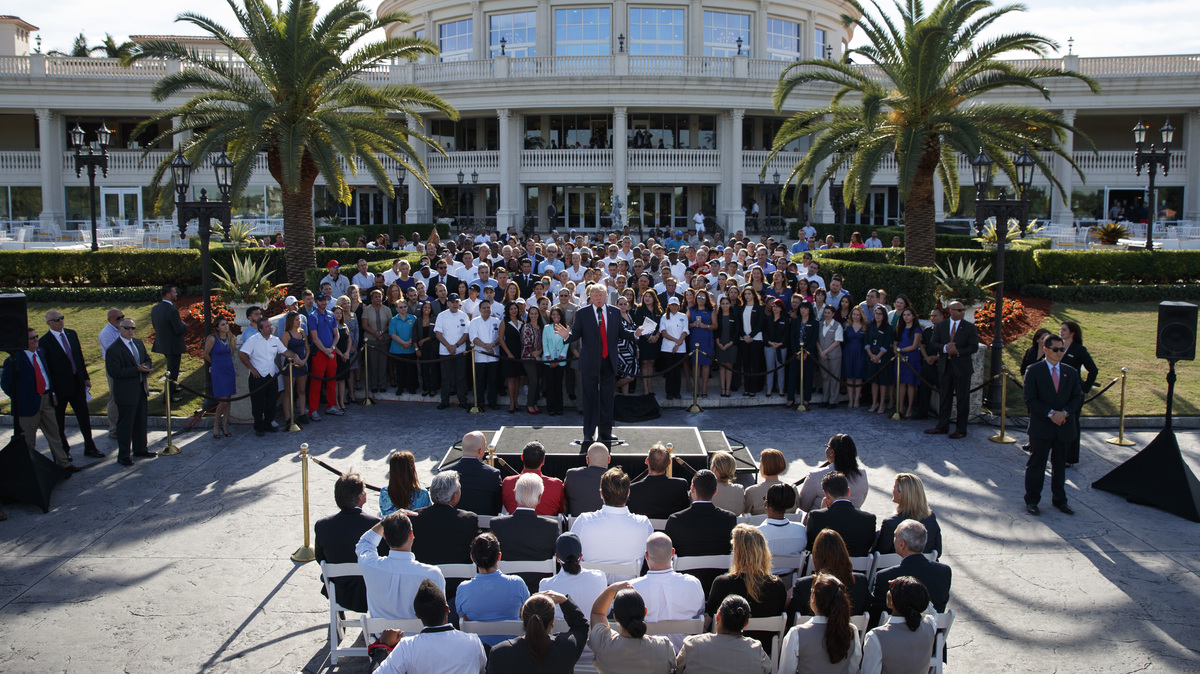 Donald Trump speaks during an campaign event with employees at Trump National Doral, Tuesday in Miami.

But the general manager of a Trump golf course in Florida corrected his boss for suggesting that Trump's own employees would be personally affected.

Rates Up 22 Percent For Obamacare Plans, But Subsidies Rise, Too

"All of my employees are having a tremendous problem with Obamacare," Trump told reporters during an appearance at the National Doral Golf Club in Miami. "What they're going through with their health care is horrible because of Obamacare."

In fact, the club's general manager David Feder said "more than 95 percent" of the club's employees receive health insurance through the company, so they're not affected by the sharp premium increases on government-run exchanges.

The Obama administration announced this week that premiums for 2017 on those exchanges will increase by an average of 22 percent nationwide.

Trump called that number an understatement.

Customers in some states will see increases in that range, but the premiums vary widely from state to state. The benchmark plan in Arizona will cost 116 percent more next year. Premiums in Indiana and Massachusetts are actually going down by about 3 percent.

The average increase of 22 percent nationwide follows much smaller increases of 7.5 percent this year and 2 percent in 2015. When Obamacare began, many insurance companies priced their policies too low and ended up losing money. Today's premiums are roughly in line with what government forecasters initially predicted.

The administration notes that most people who buy insurance on the government-run exchanges receive subsidies, which could offset some or all of the price increase.

But Trump, like other critics of the Affordable Care Act, is not impressed.

"Obamacare has to be repealed and replaced," Trump told reporters. "Otherwise, this country is in even bigger trouble than anybody thought."

Trump's health care plan calls for an expansion of Health Savings Accounts, which allow consumers to buy insurance with pre-tax dollars. He would also allow insurance companies to market their policies across state lines.

That would not necessarily help many of the 20 million people who gained health care coverage under the Affordable Care Act, pushing the nation's uninsured rate to an all-time low.