Accessibility links
Could Texas Go Blue And Vote Hillary Clinton Over Donald Trump? The Lone Star State has gone Republican for the past 40 years, but GOP women have soured on Donald Trump and Latinos are fired up against him. 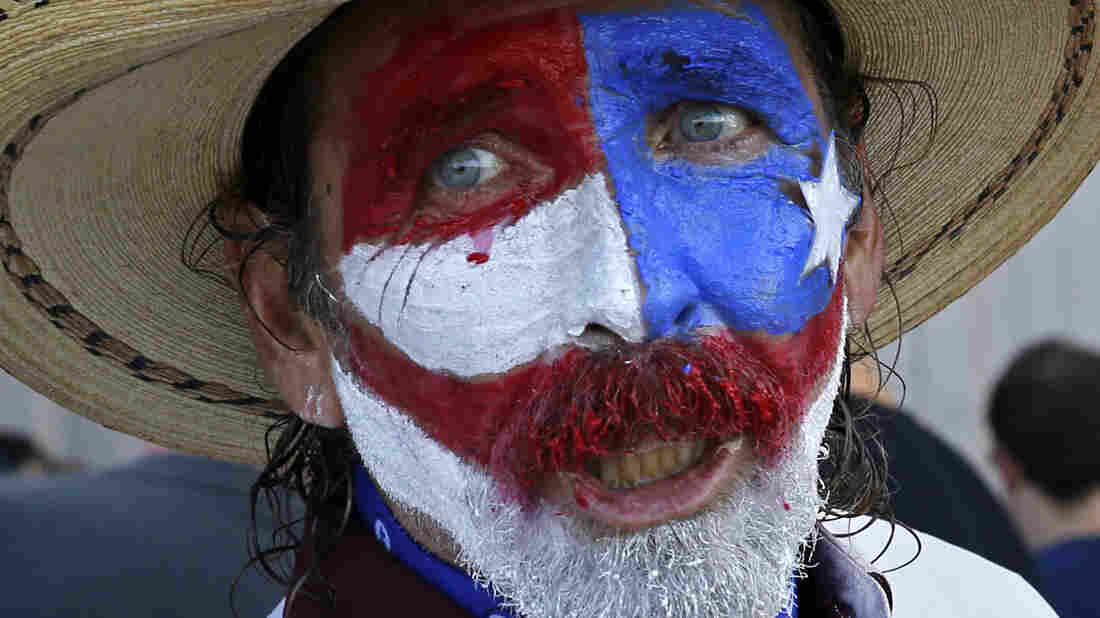 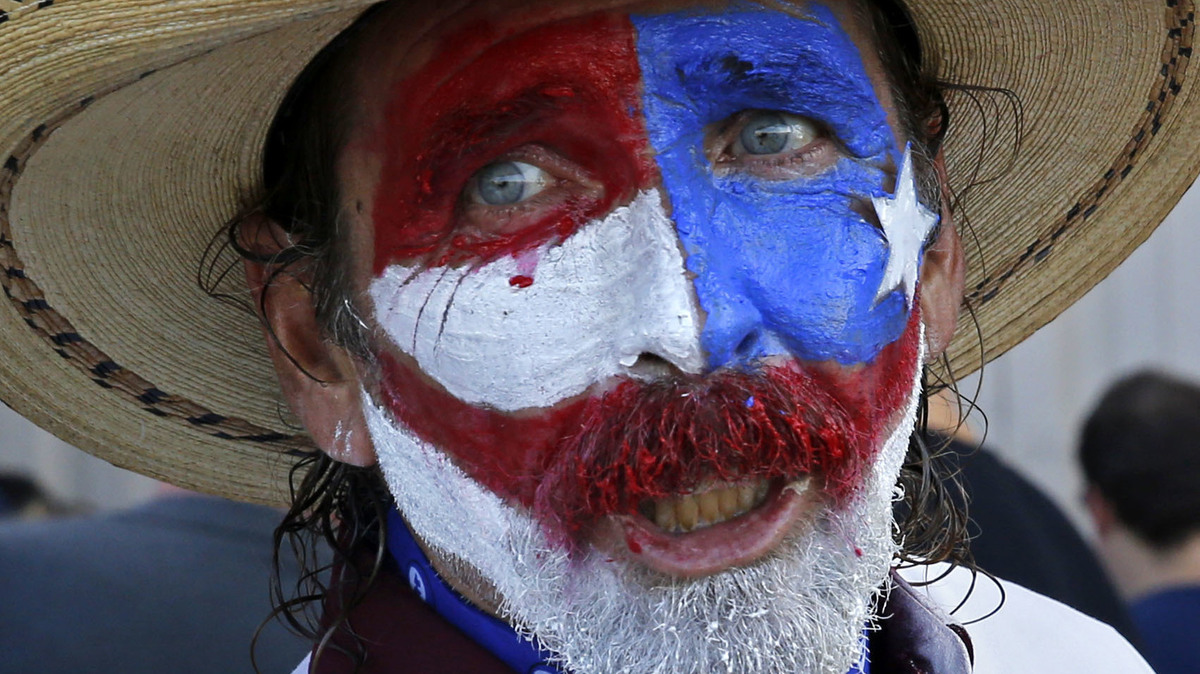 Marcos Spence of Dallas hands out volunteer fliers outside a Donald Trump campaign rally in Austin, Texas, in August.

Polls show the presidential race in Texas is closer than it's been in decades. Some even show the two candidates within the margin of error.

Does Hillary Clinton actually stand a chance in Texas? It's unlikely, but it could be closer than at any time in the past 20 years. The reason for how competitive the race looks lies in two demographic groups — Republican-leaning suburban women offended by Trump's comments about women, and Latinos, who are fired up to vote against him. 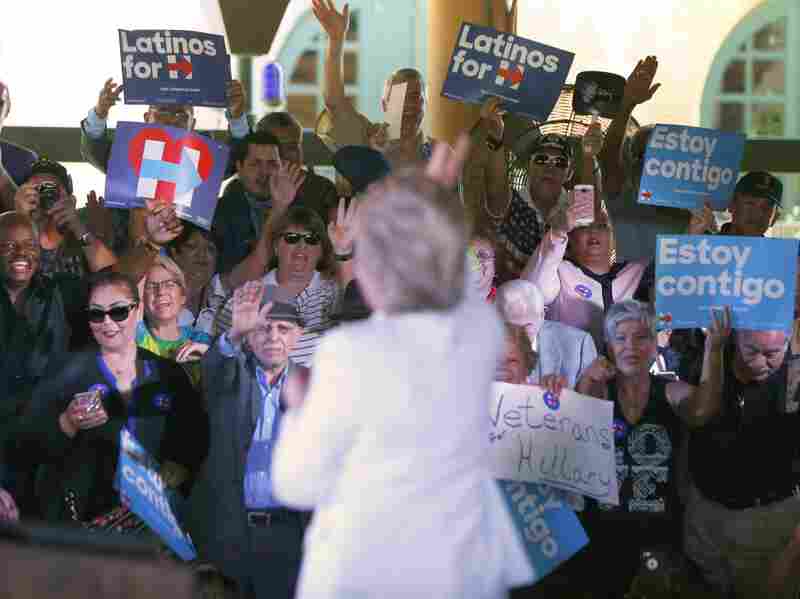 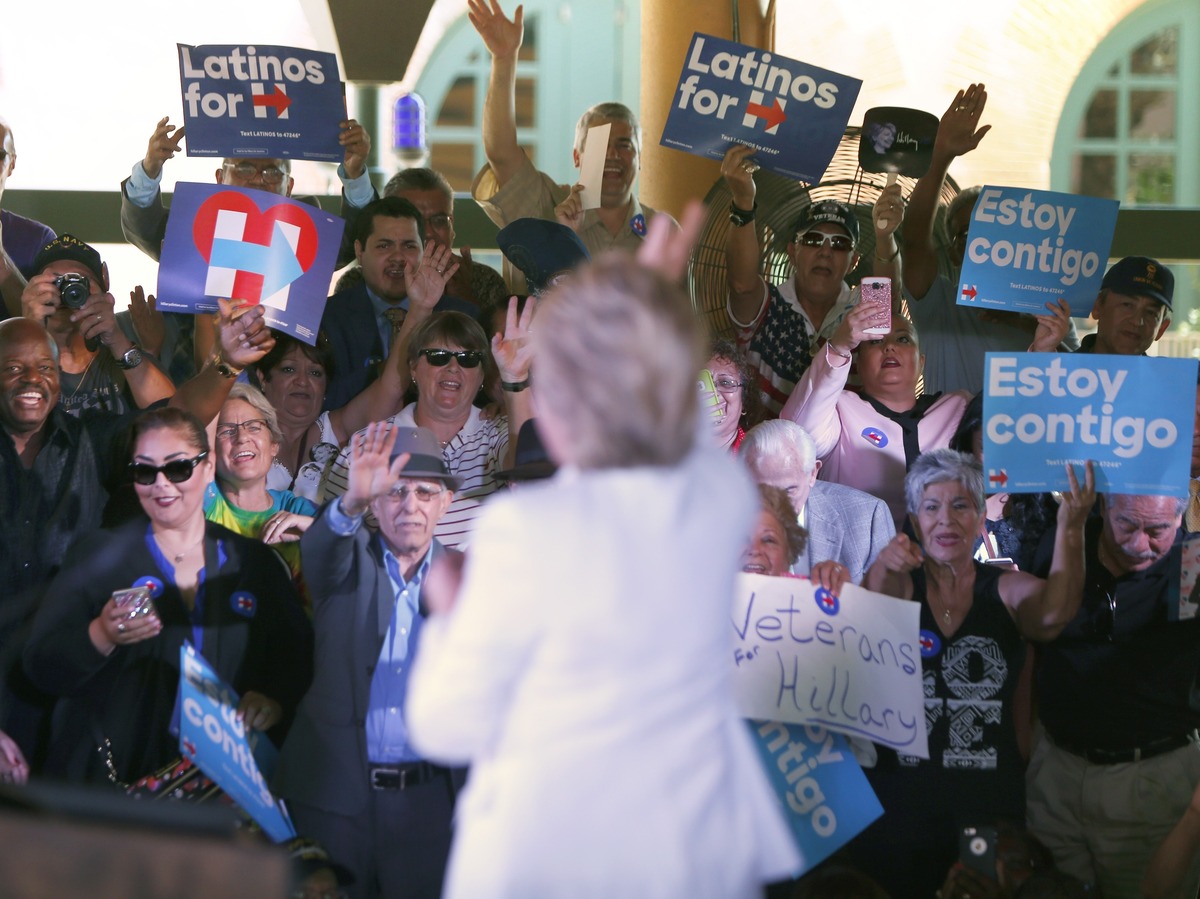 Part of the answer might be found in the suburbs of Dallas. Jody Rushton is the former president of the Texas Federation of Republican Women and currently serves as precinct chair in Plano.

This upper-middle-class, predominately white, suburban community is fertile Republican territory, and Rushton has been its party liaison for many, many years. On this day, she's walking her neighborhood for Donald Trump.

At one house, resident Charlene Collins tells Rushton she's worried about the election. Rushton asks her what's motivating her to vote. Collins says one issue in particular is tipping the scale: "Mainly it's the judges. I can tell you truthfully, this is a really sad situation for us to be in."

Rushton agrees. Her first choice for president was Florida Sen. Marco Rubio. Like many Republican suburban female voters across the state, she will loyally support her party's candidate. But she knows others who hesitate and some who can't bring themselves to vote for Trump.

"Our candidate is not a politician," Rushton says. "And, obviously, he's done things that are out there that we don't appreciate. There's no way I can condone what he's done and said in some of the areas. However, his words don't mean so much from 10 years ago as what he says he will do."

This is the potential soft point for Trump's campaign: suburban Republican women.

Carol Reed knows this all too well. She's been a Republican political consultant in Texas for more than three decades. She helped build the Texas Republican Party from a collection that could caucus in a phone booth to the powerhouse it is today.

Donald Trump's Walk Of Fame Star Vandalized With A Pickaxe

Reed says what's happening to the GOP nationally is happening in Texas, too.

"He has turned off women all over America," Reed says, "and it really doesn't matter whether you are an R or a D. We're no different when it comes to that kind of thing. So, the soccer mom today, while she cares more about economic stuff, there comes a point where there's a bridge too far, and I'm seeing already in North Dallas a couple of the 'nasty woman' T-shirts."

Some Machines Are Flipping Votes, But That Doesn't Mean They're Rigged

Reed believes Trump will carry Texas, but probably by a lot less than the 16-point margin Republican presidential candidate Mitt Romney beat President Obama by in 2012. Reed is more focused on what happens to Texas Republicans after Nov. 8.

"If we see a huge split like I think is going to happen," Reed warns, "if Republican moderates are driven further out of the party, and if the Republican Party doesn't change the way they approach people and sticks on these wedge issues, they're going to lose." 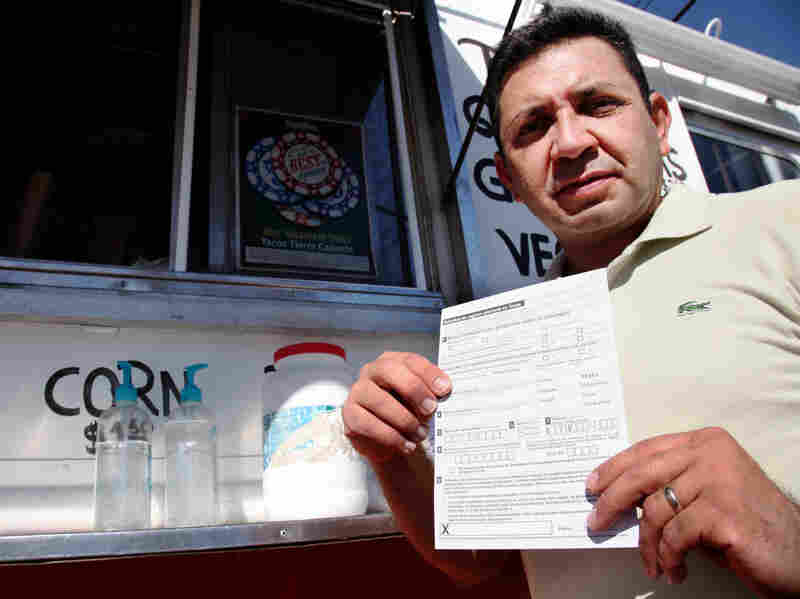 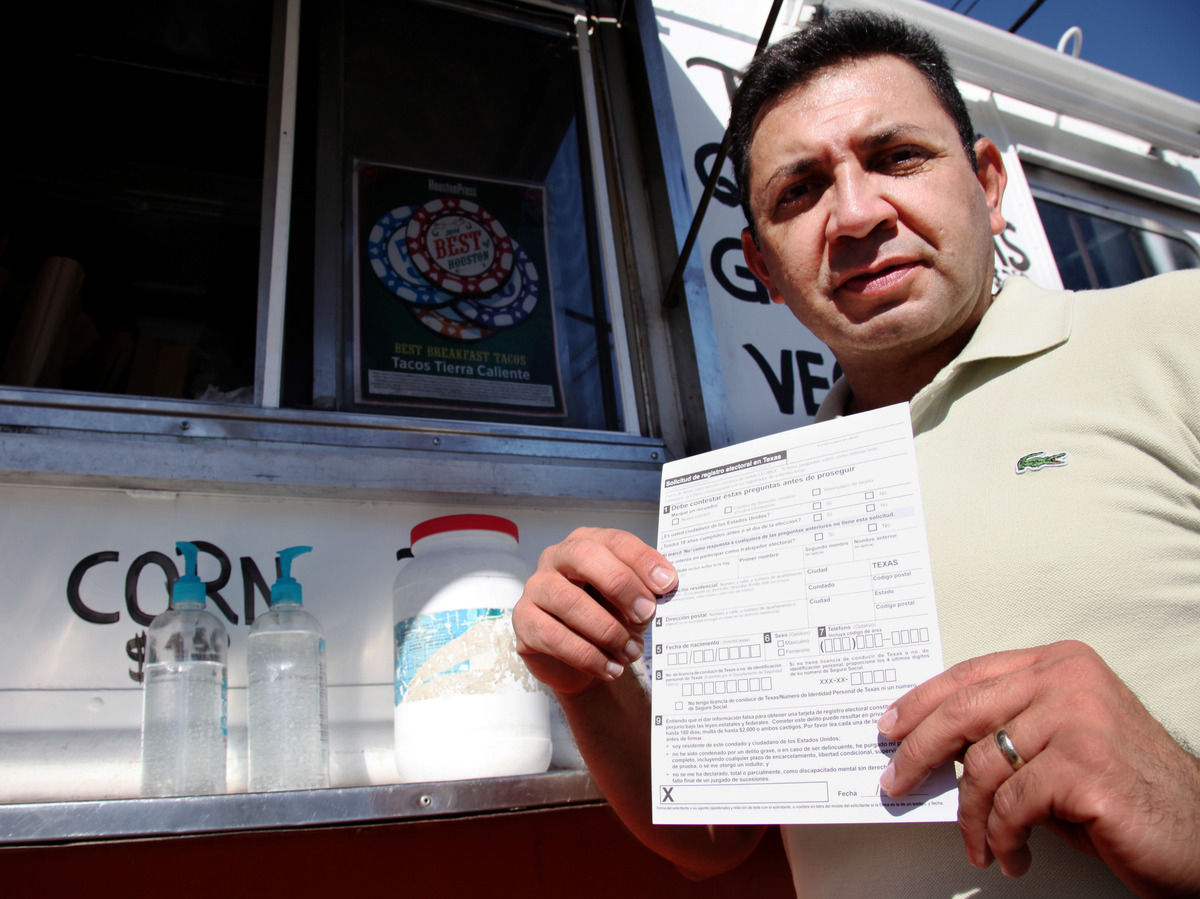 Carlos Zamora, with Mi Familia Vota, shows a voter registration card from a pile placed on the counter of the Tierra Caliente taco truck in Houston last month.

Anchia knows that in the past, Hispanic turnout in Texas has been a disappointment. But he believes this election is different.

"Where we stand today, Hillary Clinton winning Texas is very, very real," Anchia says. "We have a candidate who has gone out of his way to alienate Hispanic voters. I think you not only going to see that at the top of the ticket, but you're going to see it down ballot. The efforts of Donald Trump and the Republicans, they're really delivering that vote in large percentages to the Democratic Party."

The numbers from the first day of early voting in Texas were astonishing. Four years ago in Houston, 47,000 people voted on the first day. On Monday, 67,000 voted.

Something is going on. Texans just don't know what yet.