Accessibility links
Donald Trump's Walk Of Fame Star Vandalized With A Pickax Police are still investigating, but a man who identified himself as the vandal can be seen on a video destroying the star as onlookers giggle and ask for the smashed bits as souvenirs.

Donald Trump's Walk Of Fame Star Vandalized With A Pickax

Donald Trump's Walk Of Fame Star Vandalized With A Pickax 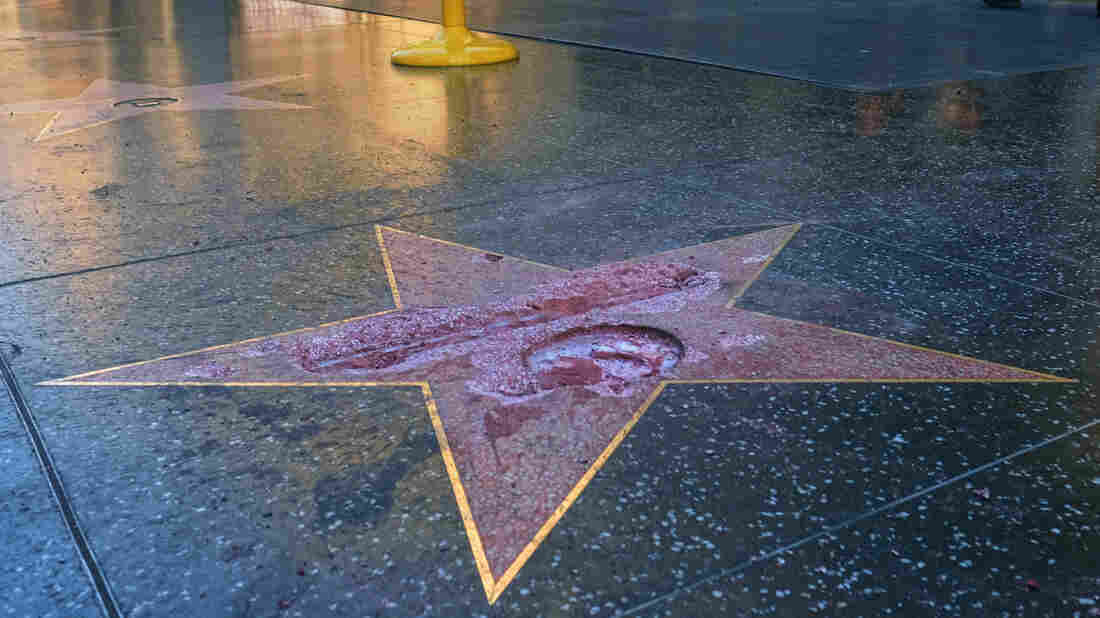 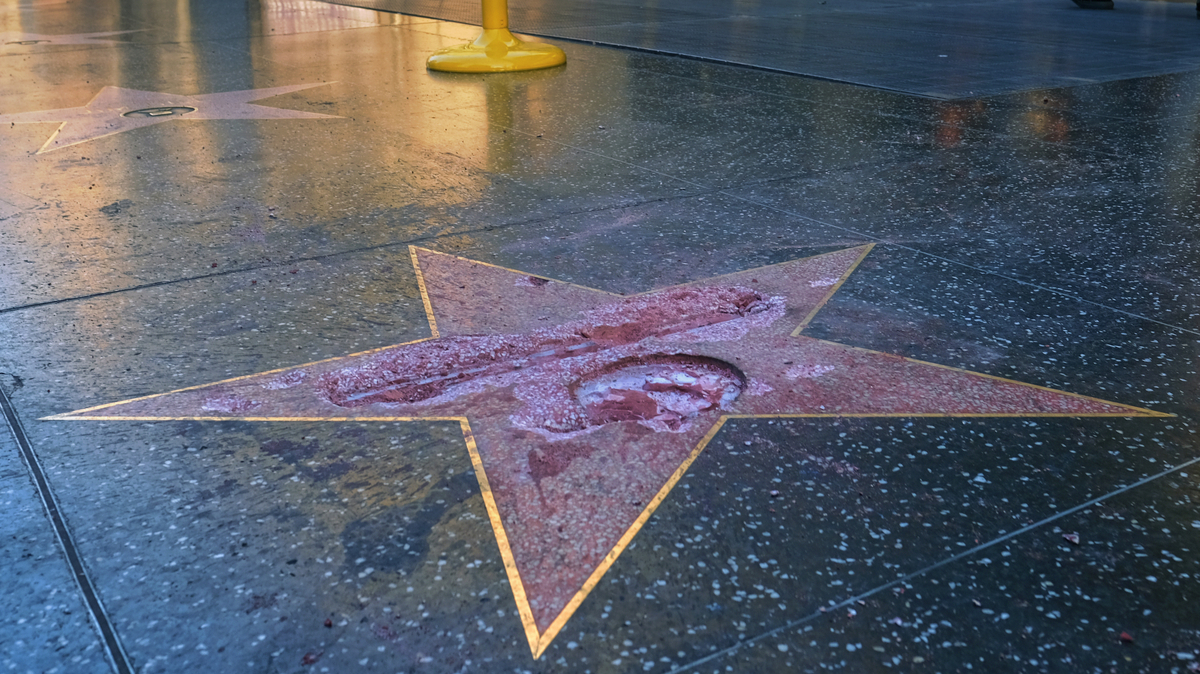 Donald Trump's star dimmed a bit on Wednesday. Actually, it was smashed. An early morning vandal dressed as a Los Angeles city construction worker used a pickax and sledgehammer to destroy Trump's sidewalk star on the Hollywood Walk of Fame.

Police are still investigating, but a man who identified himself to Deadline.com as Jamie Otis can be seen on a video destroying the terrazzo and brass star as onlookers giggle and ask for the smashed bits as souvenirs. Otis told the website he may turn himself in to the LAPD and that he'd be "happy to go to trial." He also told Deadline he had hoped to auction off the sidewalk star to fundraise for women who've accused Trump of sexually assaulting them. Trump has denied the allegations. 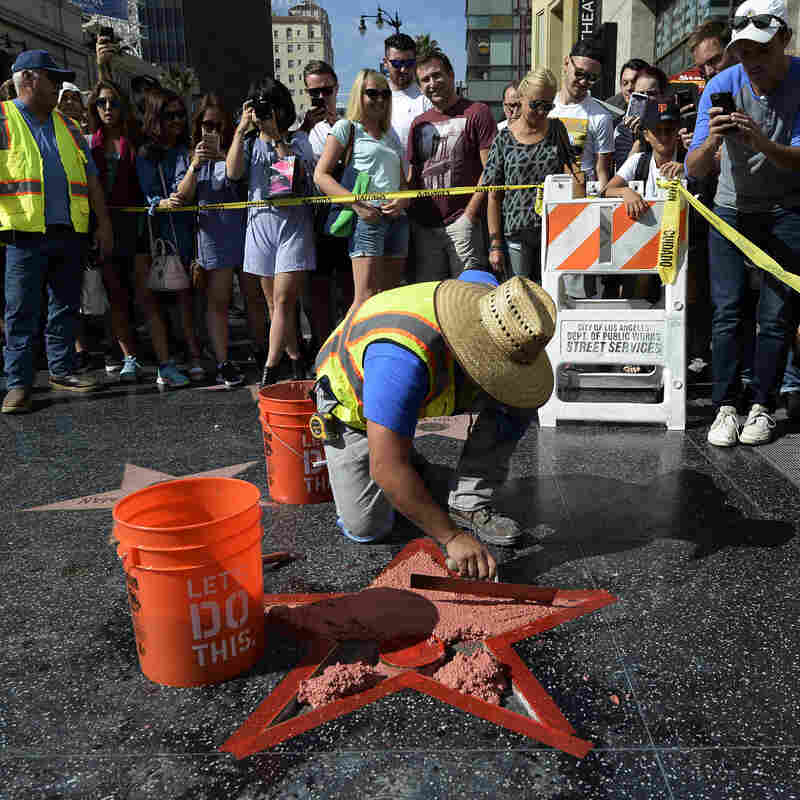 Trump got his sidewalk star in 2007 for hosting the NBC reality show The Apprentice, where at the end of every episode, he roared lines like "You're fired. Go!" to losing competitors.

During his presidential campaign, the Republican candidate's Hollywood star has been spray-painted with a swastika and a "mute" icon, and a miniature border wall was built around it. Los Angeles Police estimated this latest mischief would cost $2,500 to repair.

In fact, Trump's star was quickly repaired. The Hollywood Chamber of Commerce, the group that runs the Walk of Fame, vowed to press charges "to the full extent of the law." In California, a vandalism charge can result in up to three years in jail and a fine of $10,000 or more.