Accessibility links
'Inferno' Stokes The Embers Of A Dying Franchise After three adaptations, including The Da Vinci Code and Angels & Demons, the lively heresies of Dan Brown's bestselling thrillers have sunk into timid incoherence.

'Inferno' Stokes The Embers Of A Dying Franchise

'Inferno' Stokes The Embers Of A Dying Franchise 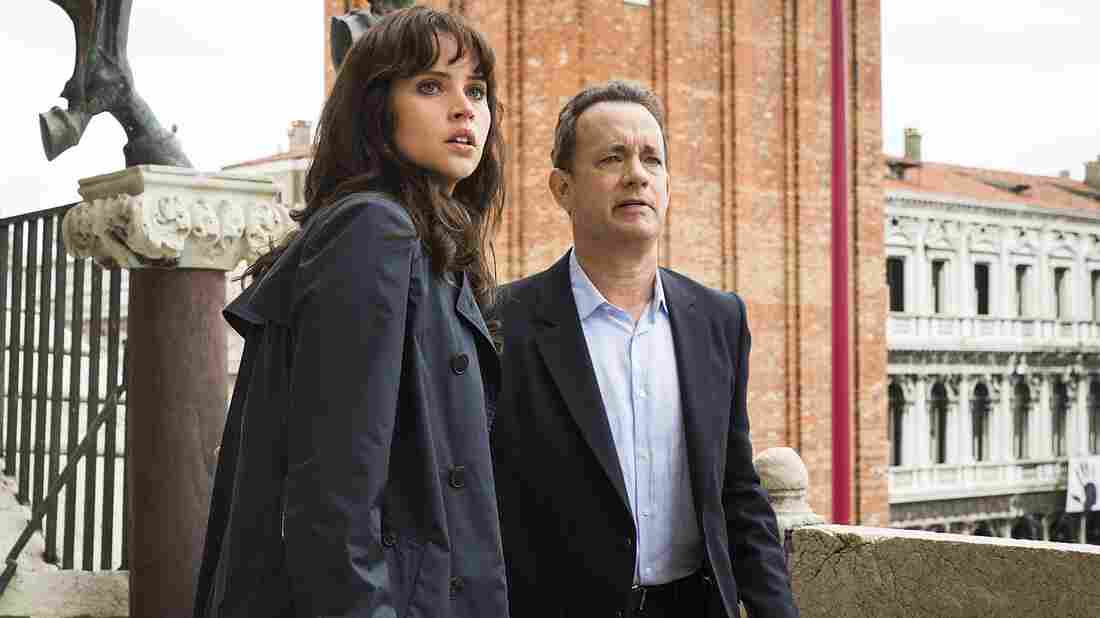 Tom Hanks and Felicity Jones star in Inferno, a film based on the book by Dan Brown, author of The Da Vinci Code. Sony Pictures Entertainment hide caption 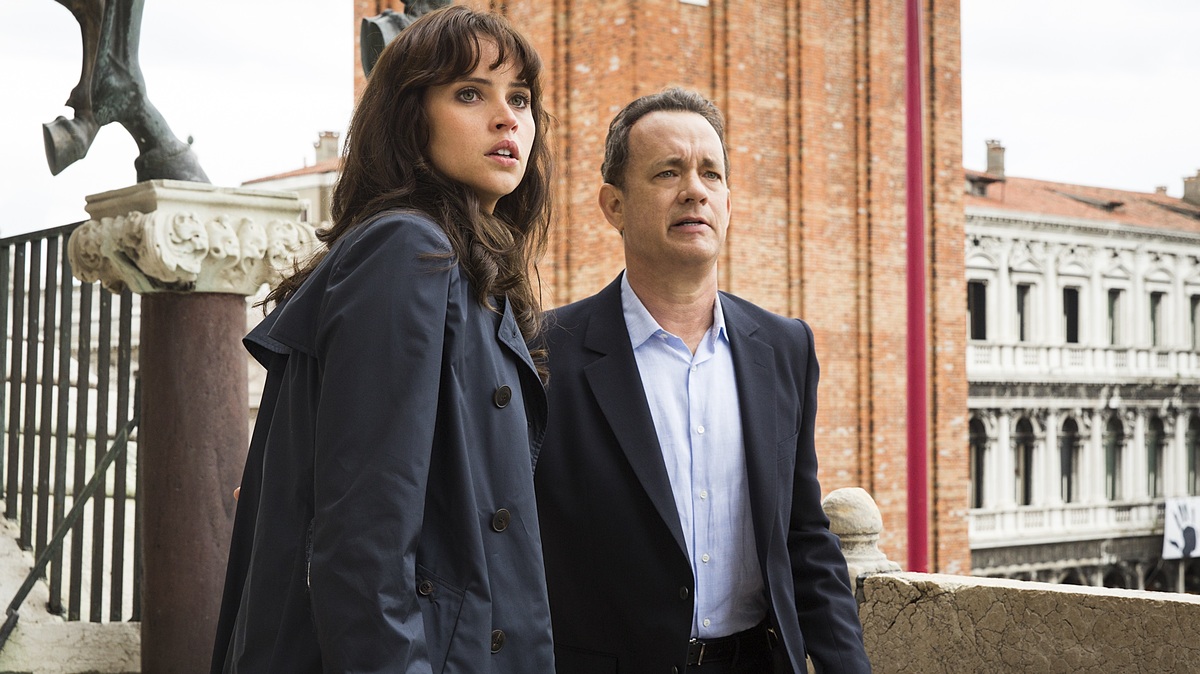 Tom Hanks and Felicity Jones star in Inferno, a film based on the book by Dan Brown, author of The Da Vinci Code.

It might seem that Dan Brown takes his art-history/conspiracy thrillers very seriously. Yet there's one clue, hidden in plain sight, that he doesn't: He keeps letting director Ron Howard turn them into silly movies. Maybe it's Howard or producer Brian Grazer who's nervous about the moderately subversive elements in Brown's cleverly plotted, clunkily written novels. Or perhaps it's star Tom Hanks, the usually gung-ho actor who plays Brown's hero, Harvard professor Robert Langdon, with an uncharacteristic skepticism.

Whatever the source of the discomfort, it's made for increasingly unfaithful adaptations. A decade ago, Howard and company retained the heretical plot of The Da Vinci Code, but insulated themselves from charges of blasphemy by padding it with mushy tributes to faith. Inferno takes much greater liberties, to the point of bulldozing the story's ending.

Scripted by David Koepp, who also worked on Angels & Demons, Inferno is less a rewrite than a remix. Most of the original characters are here, yet their paths diverge sharply. Some simplification is inevitable when condensing a novel into a two-hour movie, but Inferno adds as well as subtracts, and the new bits are invariably cheesier than what they replace.

The filmmakers do keep most of the setup. Langdon is famed for his memory, so it's mildly amusing—if hardly unprecedented—to give him amnesia. He doesn't even know how he got to Florence, the first of three architecturally impressive Old World cities through which the story gallops. Tagging along, and filling in some of the blanks, is the professor's latest sexy-and-smart sidekick, Sienna Brooks (Felicity Jones). She's one of the doctors treating Langdon after a head wound wiped away two days of recollections. There's more to her backstory, of course, although not so much as in the book.

Langdon and Brooks are soon on the run from Vayentha (Ana Ularu), apparently as assassin, and Bouchard (Omar Sy), who leads black-suited agents from some sort of governmental police force. Seemingly guiding these efforts from a distance are Elizabeth Sinskey (Sidse Babett Knudsen), representing an international agency, and Harry Sims (Irrfan Khan), who runs a private-sector covert-action operation. They've all been set in motion by a scheme concocted by the late Bertrand Zobrist (Ben Foster), a biotech billionaire who was a cross between Steve Jobs and Josef Mengele.

As the names of the actors in the above paragraph suggest, Inferno was cast for international box-office appeal. Viewers who are not native English speakers may actually be at an advantage. They can concentrate on the visual effects—the woozy opening sequences are like Nicolas Roeg meets The Passion of the Christ—and the breathless if rote action sequences.

One of the novel's essential jests is that the threats to Langdon (and the world) turn out to be less violent than expected. Not so in the movie, which is more in the spirit of Bond or Bourne than Brown.

Although pared of much of the book's pedantic detail, the mystery still involves Dante, Vasari, Botticelli, and the Black Death. It seems that Zobrist, concerned about overpopulation, devised a new plague. He left hints about its existence for a devoted follower, but no one is better qualified to decipher that Dante code than Langdon.

Inferno doesn't really give him time to do it, though. The movie skips many deductive steps and dumps whole buckets of red herrings in its haste to arrive at the next skirmish. The result is a lively but nearly incoherent hash. The early scenes, which simulate the effects of head trauma, are as brainy as the movie ever gets.