Accessibility links
Colorado Votes On A Ballot Measure To Make It Harder To Pass Ballot Measures Voters can amend their state's constitution: Think legalization of pot. But some Coloradans say citizen initiatives are out of control, and a well-funded push is underway to raise the bar. 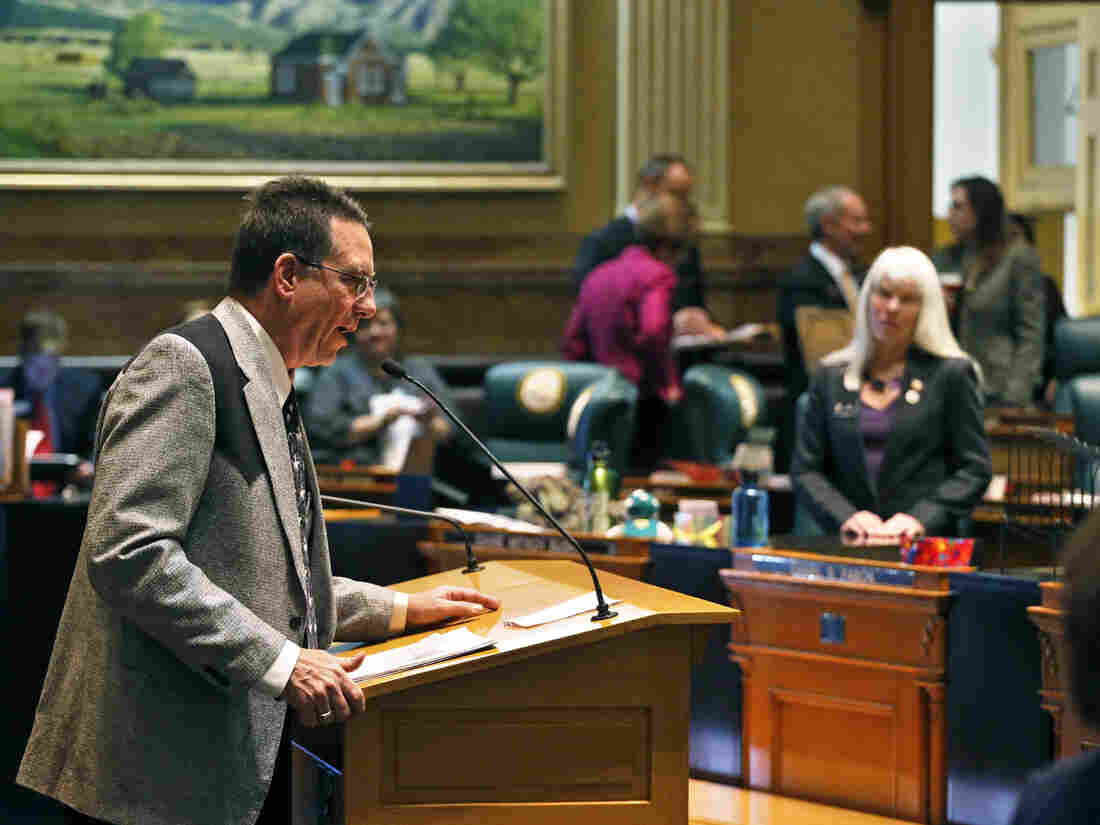 Colorado state Sen. Jerry Sonnenberg is among the supporters of Amendment 71, which would make it harder to change the state's constitution. Brennan Linsley/AP hide caption 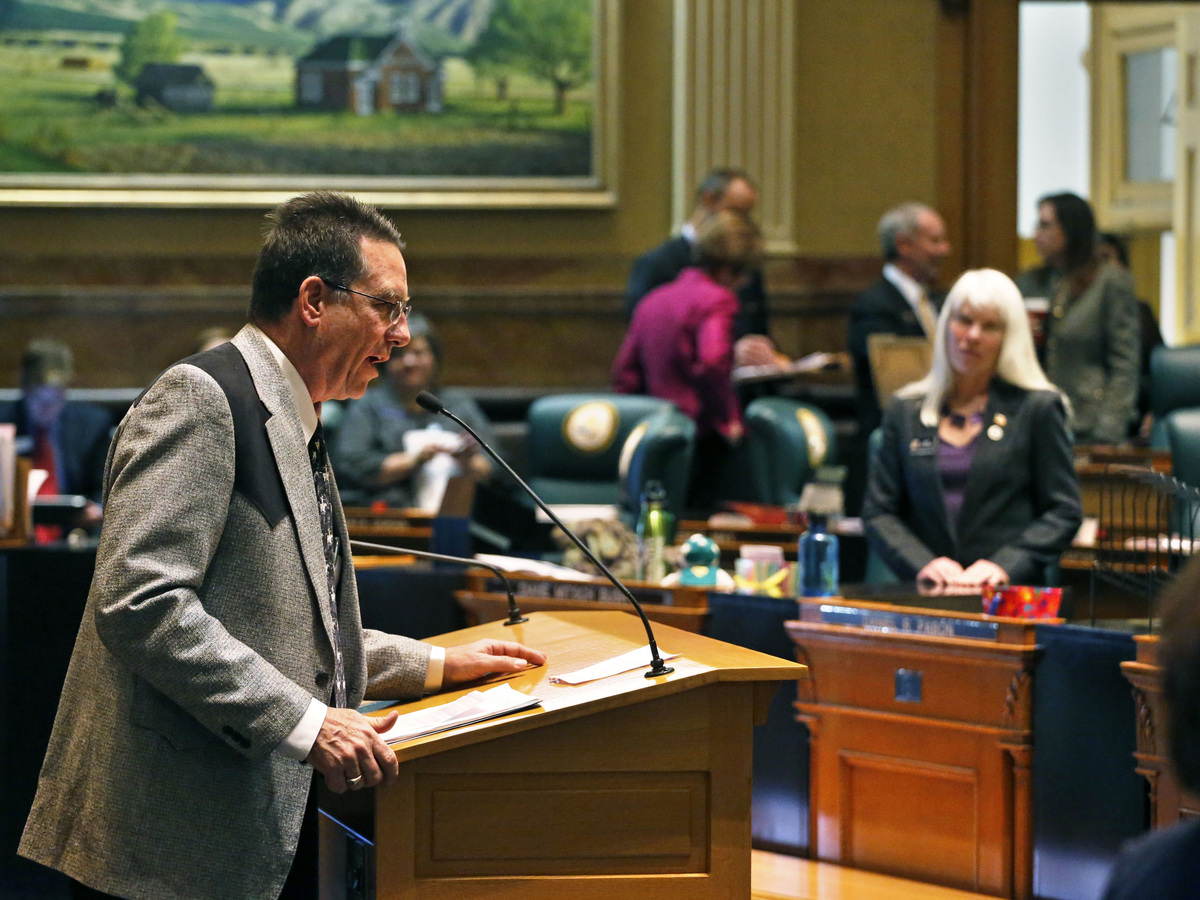 Colorado state Sen. Jerry Sonnenberg is among the supporters of Amendment 71, which would make it harder to change the state's constitution.

But a growing number of people say that citizen initiatives are out of control — and creating chaos.

Take Colorado, where there's momentum and money for a constitutional amendment to make it harder to ... change the constitution.

Former quarterback and now Denver Broncos executive John Elway is a pitchman for the cause.

A few months ago, Elway was hoisting a Super Bowl trophy in front of a million people in Denver. Now he's on TV and social media with this endorsement: "Most people know me as a football guy, but I'm a Coloradan first. I love this state, and I'm worried about the games being played with our constitution."

In the commercial, he rattles off just a few of the proposed amendments on this year's ballot — weighty stuff, like universal health care and increasing the minimum wage.

One thing the ad didn't mention was who paid for it: the state's oil and gas industry, which has contributed at least $2 million to the campaign, according to the latest campaign finance reports from the Colorado secretary of state's office.

Critics say the companies are tired of fighting ballot measures to ban fracking — although the industry disputes that.

What is clear is that businesses and many politicians see an opportunity to limit some of the annual electoral craziness that leads to long and confusing ballots.

From Pot To Guns To School Funding: Here's What's On The Ballot In Your State

"You don't want, sort of, the fad of the moment to be in the constitution forever," Penry says.

If passed, Amendment 71 would require that future amendments receive at least 55 percent of the vote. And — most controversially — it would require signatures from voters in all of Colorado's state Senate districts.

Denver and Boulder are the most liberal cities in Colorado.

But Elena Nunez, with the liberal advocacy group Common Cause, says that right now, it can cost about $1 million to gather the signatures to put a measure on the ballot. She thinks Amendment 71 could double or triple that cost.

That's not her only concern.

"It would allow one Senate district, so about 3 percent of the population, to block a reform from making the ballot that's supported by the rest of the state," Nunez says.

Even popular constitutional amendments in Colorado, like legalized marijuana or limits on taxes, might never have become law.

Denver voter Kevin Hoskins, for one, doesn't want to give up the right to make those decisions — though he admits the 11 state and local ballot questions this year were a bit much.

"Yeah, it was a lengthy process, because I sat down and I thought it would only take me just a couple of minutes to fill out the ballot, and I ended up spending like an hour," Hoskins says.

Thankfully, he says, Colorado's elections are primarily by mail, so he looked up the information about each measure on his computer as he filled out the ballot.

Eric Sondermann thinks voters have too many choices. But the independent political analyst says this proposal would make it almost impossible to change the constitution.

"There's no argument that the bar should be raised, but the question is to what level do you raise it?" Sondermann says. "[It] strikes me that this one takes that bar and puts it on stilts."

Voters in dozens of states will decide on 157 different ballot measures on Election Day. It's the most citizen initiatives in at least 16 years. So if Colorado can successfully limit them, other states may think of following suit.

An earlier version of this story stated that Colorado's oil and gas industry has contributed at least $1 million to the campaign to defeat Amendment 71. The most up-to-date figure is more than $2 million, according to the Colorado Secretary of State's office.