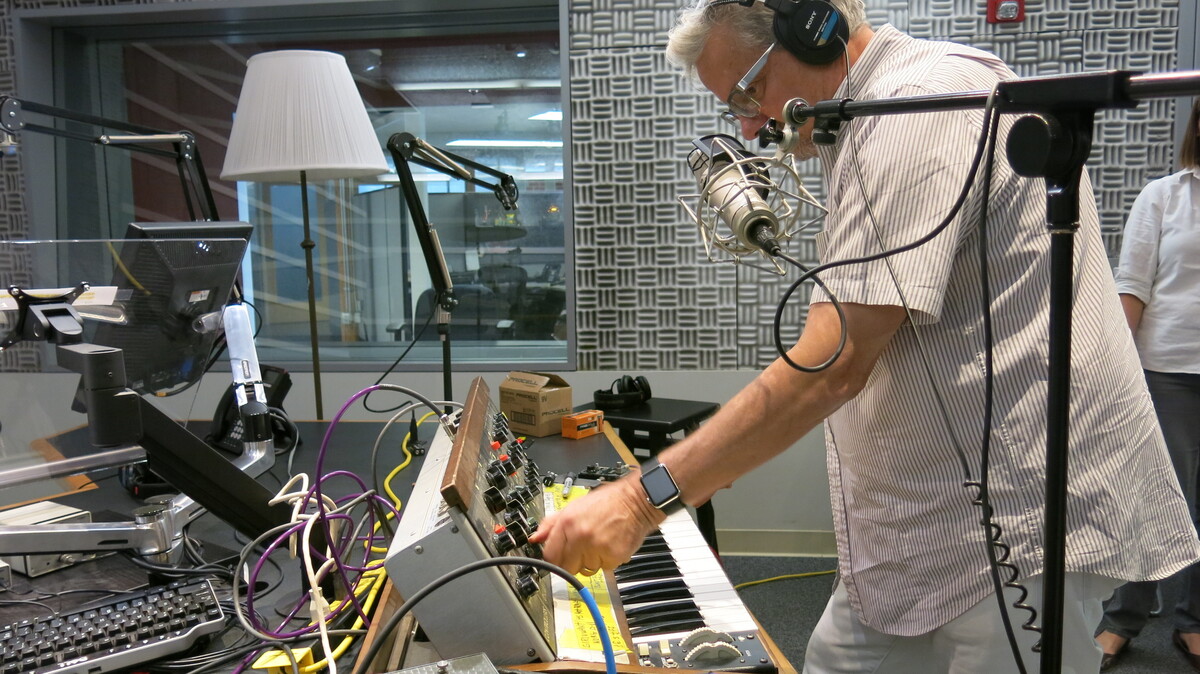 The Minimoog synthesizer was essential to Mark Mothersbaugh's music career. "If you dissected my brain, there's probably a whole section that's Minimoog," he says.

Long ago, electronic music was created on massive consoles the size of refrigerators. But in 1970, the Minimoog Model D was unleashed, and its impact was nothing short of revolutionary. It was the driving force behind new sounds that emerged in years to come — jazz-rock from Herbie Hancock, electrifying pop from Michael Jackson and futuristic music from Devo, the rock and synth pop group perhaps best known for "Whip It."

This year, Moog Music is reissuing the Minimoog, hand-building them almost exactly as they were over four decades ago. Mark Mothersbaugh, a composer, producer and Devo founding member, joined NPR's Rachel Martin to explain the Minimoog's significance — and his pure love for the instrument. (One of Mothersbaugh's own Minimoogs from the mid-'70s joined the interview as well; hear the full conversation at the audio link.)

The revelatory thing about the Minimoog, Mothersbaugh says, was its portability: You could fold it up and travel with it. "In the old days, synths were like people standing around in lab coats touching knobs and dials," he says. "And this allowed you to move out of that environment into nightclubs."

These new mobile synthesizers expanded the palette of sounds available for live music. Mothersbaugh tended to favor sounds that he describes as "ugly" and "aggressive." "Because that's where I came from," he says. "I was at Kent State when the shootings happened. And what we were observing was not evolution but de-evolution ... so those kinds of sounds were important to us."

He says the synth allowed keyboard players to access a range of expression that hadn't been available to them. "[Jimi Hendrix] was taking the guitar further than anybody had ever taken a guitar sound," Mothersbaugh says. "It's so hard because you can't bend a piano note the same way, but on this keyboard, it became super-plastic and I could bend it even more. So then you were in competition for who could do the most expressive, crazy synth solos."

Today, computerized keyboards have replaced the once-revolutionary Minimoog, but Mothersbaugh says he still prefers the sensation of playing analog. "There's something about it that's different than punching in numbers on a computer keyboard or using a mouse to slide a fake fader," he says. "Everything's so ergonomic — it's right there at your fingertips.