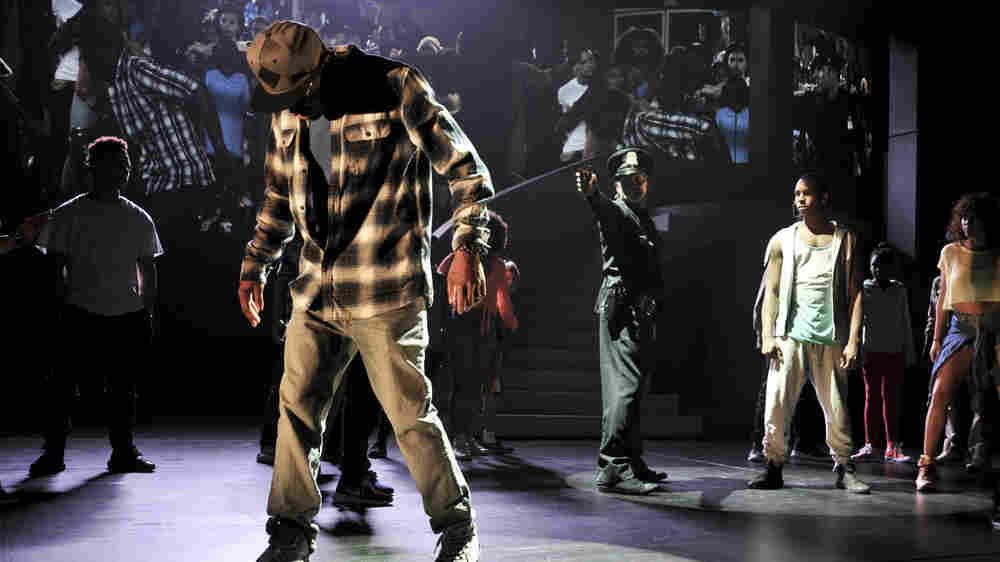 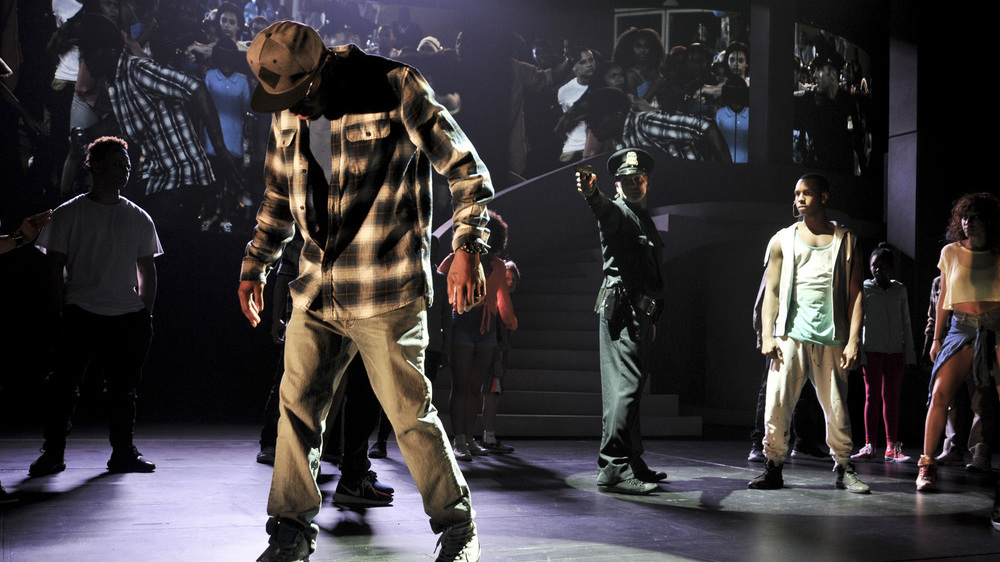 Debbie Allen is a big name in television. She played the tough but tender dance instructor Lydia Grant on the 1980s show Fame. She was a producer on The Cosby Show spinoff A Different World, about life on a historically black college campus. Currently she is the executive producer for Grey's Anatomy. She's won numerous awards for acting and choreography.

Her latest project is a multimedia production of dance, video, music and visual art called FREEZE FRAME...Stop the Madness. It wraps up a brief run at Washington, D.C.'s Kennedy Center Sunday. The musical deals specifically with the topic of gun violence and police shootings in cities, providing audiences with "an inward look into the challenging experiences of young, disenfranchised African Americans and Latinos growing up in the inner city challenged with education, religion, police, gangs, and trying to make a living," as the producers' website describes.

Allen is the writer, choreographer and director of the production. She wants the show's characters to help demonstrate "how young people are marginalized by their ethnicity and their ZIP code."

Allen spoke with NPR's Michel Martin about how she prepared for the show, what she hopes to achieve, and her interaction with a young student who saw it.

As an artist, that's what we do. We respond to things that we feel, that we care about, that give us great sorrow, great joy. That is something that you express in the arts. I think the performing arts is one of the best ways to communicate and to bring people together.

Second Acts: Heather Headley Is Back On Broadway — After A '15-Year Intermission'

And I'm from Texas — Houston, Texas. And gun culture is big, always has been, always will be.

So when I moved to LA in the height of the gang wars in Los Angeles in the '80s, I just was never desensitized to the violence and the ugliness. And I was trying to produce a movie about [the] Amistad, about us becoming who we are as a people, us being acknowledged as being human, my god. And there we are killing one another. It just didn't make any sense to me.

So I had to get busy. I had to throw my hat in the ring and use every weapon I had — my weapons are dance and music and film and art. I majored in acting and drama and I minored in classics. And so classical literature's a big part of my upbringing. I was very well-vested in The Oresteia, The Iliad and Odyssey.

On the song sung by a police officer who asks, "What am I supposed to do?"

I did a lot of homework on all of the ideas that I'm creating. I did a lot of interviewing with the police. ... Extended conversations with law enforcement officers — chief of police, a lot of different people. Extended conversations with gang members. And the one that I portray in this one, Jimmy, I met the guy. I know him. I know him and he's a kid that you would hope would never do the things that he's done, but he has. It's how he's grown up.

On how people are responding to the show, which strives for a nuanced portrayal of police relations

People are responding well because it allows them to go in without preconceived notions and experience it. To see something happen in a likely way that it could happen, in a likely way that it has happened, and experience it and its theater. So it allows them to digest it — feel the anger, the pain, the joy, whatever they feel. And sit in that seat and get up and know that they gotta go do something about it.

So my responses have been great. I had a school show this morning, filled — packed with kids. And I went to the cafeteria to get a little sandwich and these kids circled me up and one of them just started weeping. Weeping, weeping, because it meant that much to her. And I said, "Well what did the play do for you? What might you do differently now?" She says, "I'm really going to think twice about the people that I hang out with, Ms. Allen. I'm going to look at who I'm with. And where I'm putting myself in harm's way. And start to talk to my family more."

If I did that for one person, that might just save that child's life. I don't know her circumstance, but I know that was an honest moment between us.

On what she hopes to achieve

I hope that I will open people's minds and touch their hearts and get them to have real conversation. And to start to — just very slowly, in little one-on-one increments — start to talk to people. Start to get to know people. Start to do what that is that they know they could do — they could make a difference. ...

We've got to stop this, this toxicity of the divisiveness of race and the idea of what's happening in our legal system. You know, who are the elected officials that won't even go and put laws on the floor that would protect our children. Who are they representing? What is that? That is something that we have got to stop and consider. I don't care about [political] parties. ... I want people to stand up for people. So it's gotta stop. All of this partisan politics has got to shut down.

On not being able to fix systemic problems in the country

The nature of my personality is that I won't accept that, and that I have to light a fire — a fuse, a match — under people that we can do something.

I'm a mother. I'm part of the strongest gang on this planet, the mommy gang. Mess with the kids — I'm sorry, you're going down, that's it. I don't care what it is.

I'm part of that culture. The culture of nurturing, raising, teaching. And hoping. And giving. That is who I am. Hopelessness is not a factor on my math sheet — it's not there.