Accessibility links
Several States, Some Employers Help Workers Make Time To Vote Many people say they don't have the time to stand in line, or they're worried about being late for work. But about half of states require employers to offer some form of paid leave to vote. 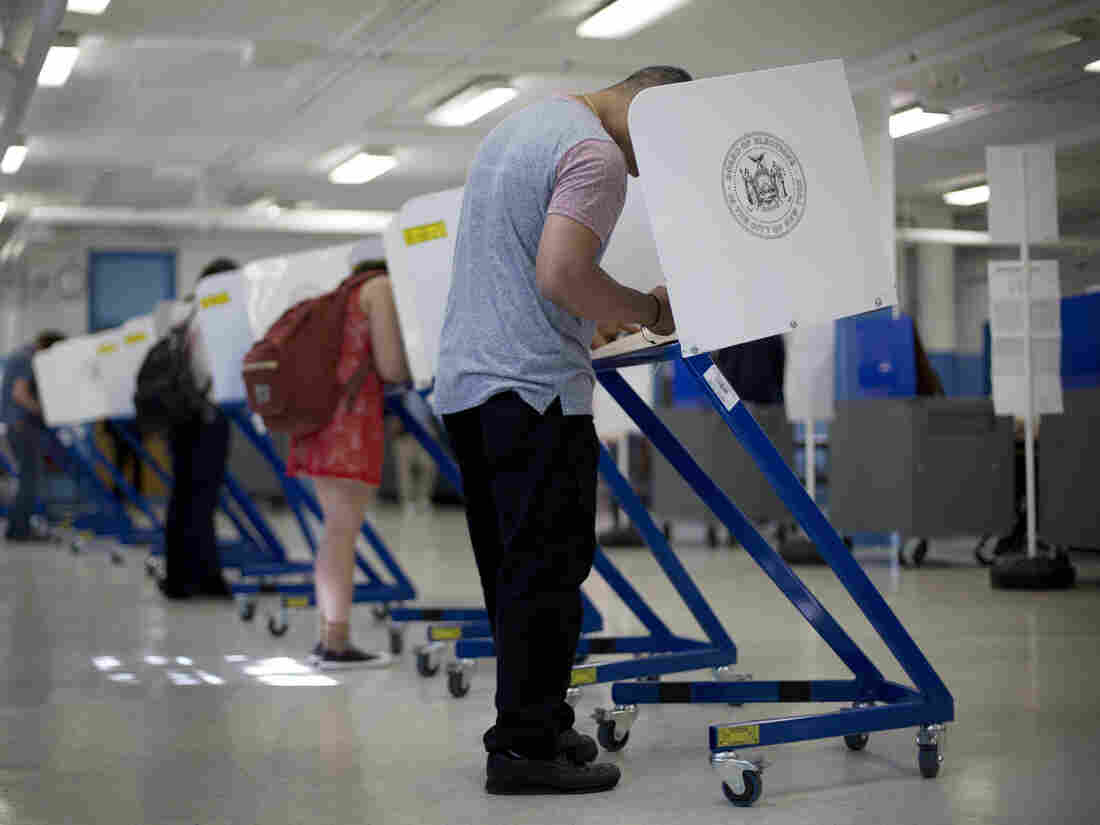 Voters cast their ballots during the presidential primary in New York City on April 19. Twenty-three states require employers to offer some form of paid leave to vote. Bloomberg via Getty Images hide caption 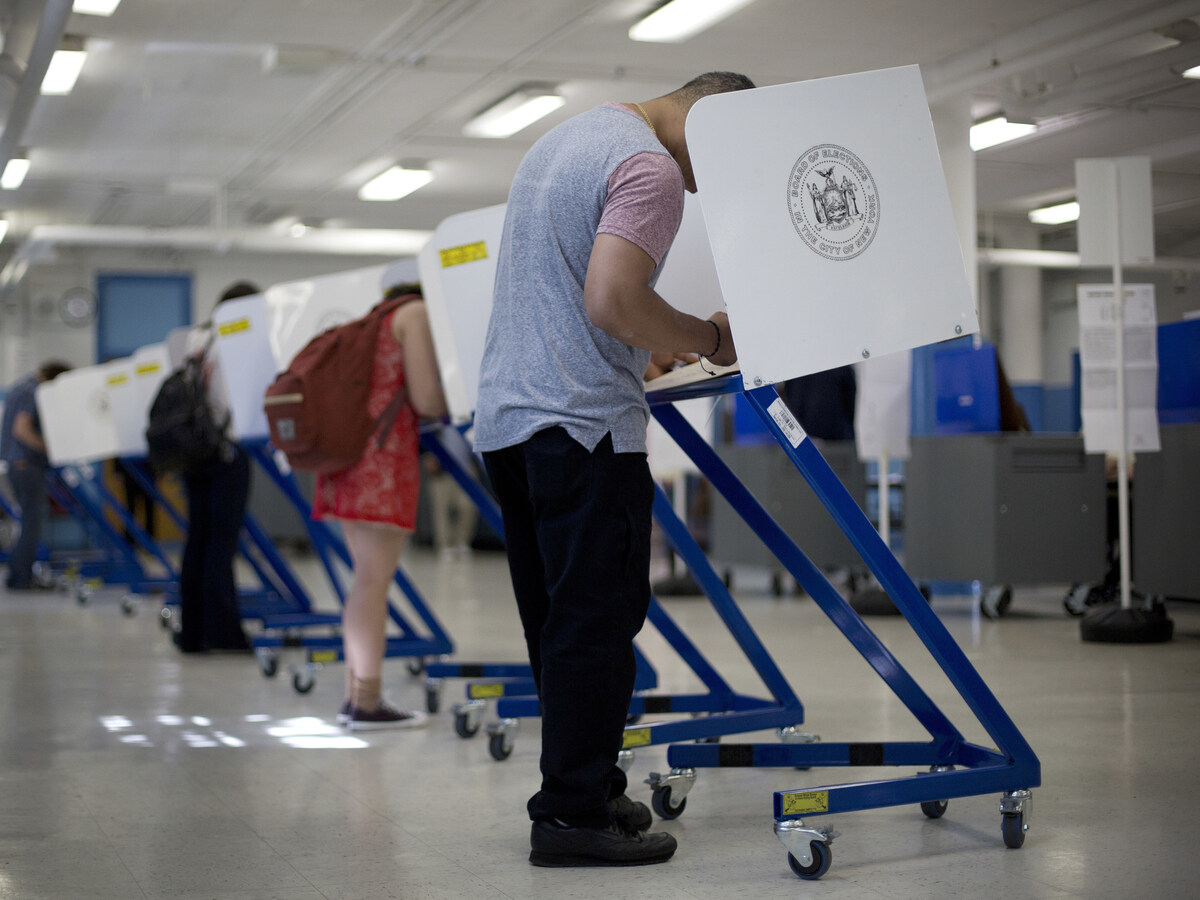 Voters cast their ballots during the presidential primary in New York City on April 19. Twenty-three states require employers to offer some form of paid leave to vote.

Come next Tuesday, millions of people will stand in line to vote; last presidential cycle, about 57.5 percent of eligible voters cast ballots. Still, that means nearly half did not. Many people stay away from the polls because they run out of time, or have a work conflict — in which case lacking paid time off to vote might be a factor.

Paid leave to vote is covered by a patchwork of laws around the country.

Twenty-three states require employers to offer some form of paid leave to vote. Others, including Illinois, Kentucky and Wisconsin, allow for unpaid leave, the timing of which employers can set. Still others, including Florida, North Carolina and Virginia have no laws requiring companies to give workers time off to vote.

Tuesdays are busy for Keyarra Forbes, a student at Central Connecticut State University near Hartford, who has both classes and a shift working at an optometrist's office — which complicates her Election Day.

Connecticut, where Forbes lives, has no law governing time off to vote, so her solution is to wake up extra early.

"I'm going to have to vote probably as soon as the polls open because there's usually a very, very long line," she says. During the primaries, she waited in line with a friend who left before voting to make it to work on time. If it comes to that, Forbes says she won't make that trade-off.

"Just giving up your vote would be horrible," she says. "So I would definitely show up late for work."

Why Tuesday? Why must we juggle voting with commuting, meetings and school drop-offs?

"Tuesday does seem like the most inconvenient time for modern Americans," says Barbara Perry, a fellow at the University of Virginia's Miller Center on presidential scholarship. She says the 1845 law designating the first Tuesday after the first Monday in November as Election Day did so because it caused the least work interruption.

"Most people were spending Sundays in church; they were certainly laboring on Saturdays. Wednesday was market day for farmers," Perry says. "And we have to remember that we were primarily an agrarian society at that time." Even the timing in early November was deliberate; it was chosen to cause the least disruption to either planting or harvest time. 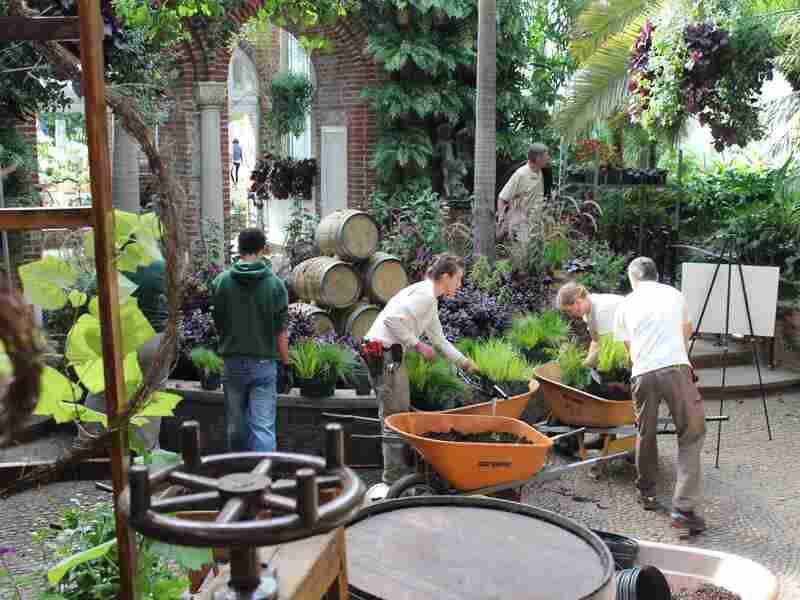 November marks the busiest time of the year for Phipps Conservatory, a botanical garden in Pittsburgh. Phipps offers employees an hour of paid leave to vote even though it's not required by state law. Adam Haas hide caption 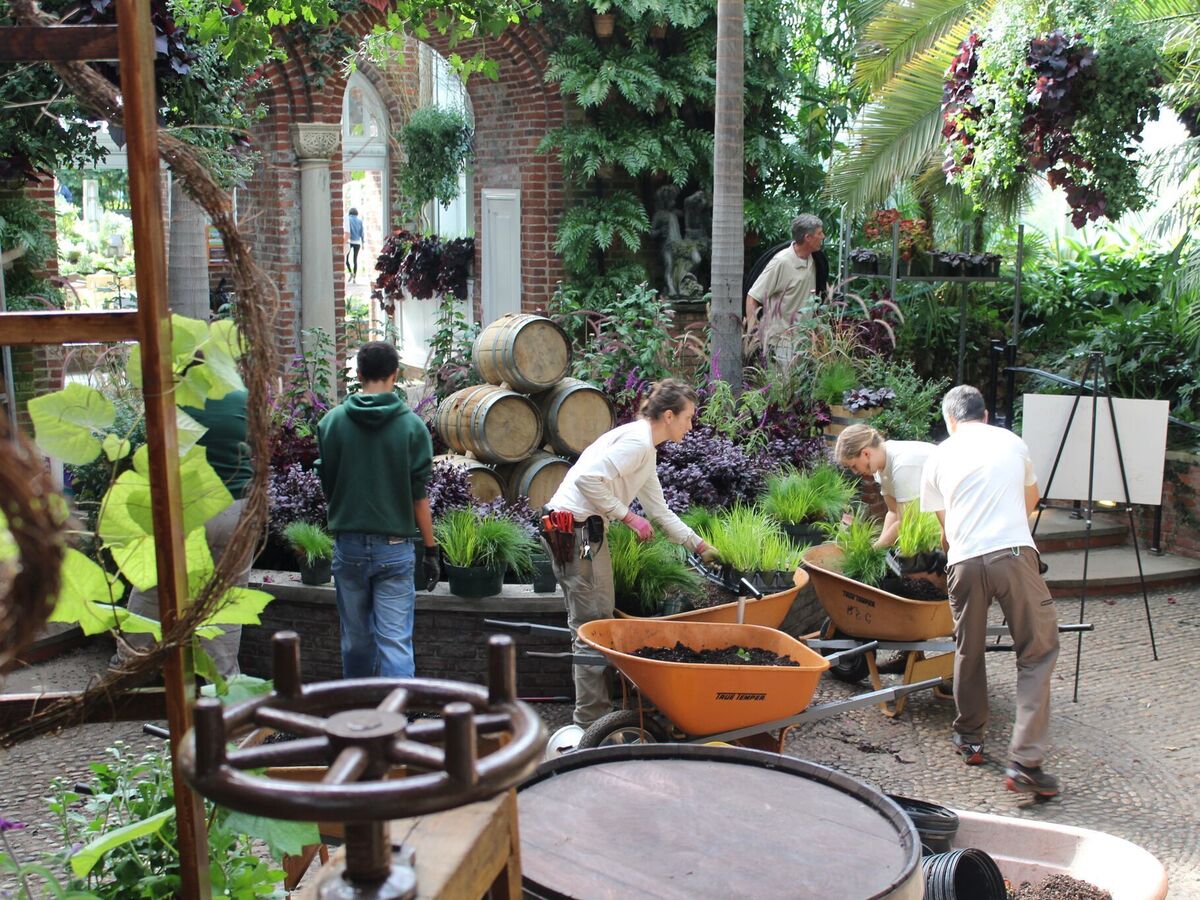 November marks the busiest time of the year for Phipps Conservatory, a botanical garden in Pittsburgh. Phipps offers employees an hour of paid leave to vote even though it's not required by state law.

That was then. Today, November marks the busiest time of the year for Phipps Conservatory, a botanical garden in Pittsburgh. Executive Director Richard Piacentini says his 80 employees are at full tilt with fall flowers, and "we're also getting ready for our big winter flower show, which is our biggest show of the year," he says. "It's a really busy time for us."

And even though Pennsylvania has no laws requiring time off to vote, since 2006, Phipps has offered an hour of paid leave to cast ballots. Piacentini says workers seem to appreciate it, saying they find it easier to make it to the polls.

They are not alone in offering paid time off, even when it's not required by state law.

Why Worries About Paperless Voting Loom Larger This Year

"Part of work-life balance is being able to get out and vote," Guastella says. Making the adjustment meant the firm informed clients of the policy. In Ohio, paid leave is required only for salaried workers, and he says a blanket policy is unusual.

"We don't have a situation where entire departments have no staff but, again, keep in mind that our clients, our customers know that we have this policy," Guastella says.

And, she says, she gets few complaints from workers about their employers. Twelve states impose penalties if an employer keeps workers from exercising their right to vote. Two states — New York and Colorado — will even revoke a business's charter if it blocks employees from voting.

"That would be the corporate death penalty," Brantner says, and no employer, to her knowledge, has provoked that.