Accessibility links
Evangelicals Consider Whether God Really Cares How They Vote Many U.S. Christians have struggled this year with what faith means when it comes time to make political choices, and even whether faith and politics should mix. 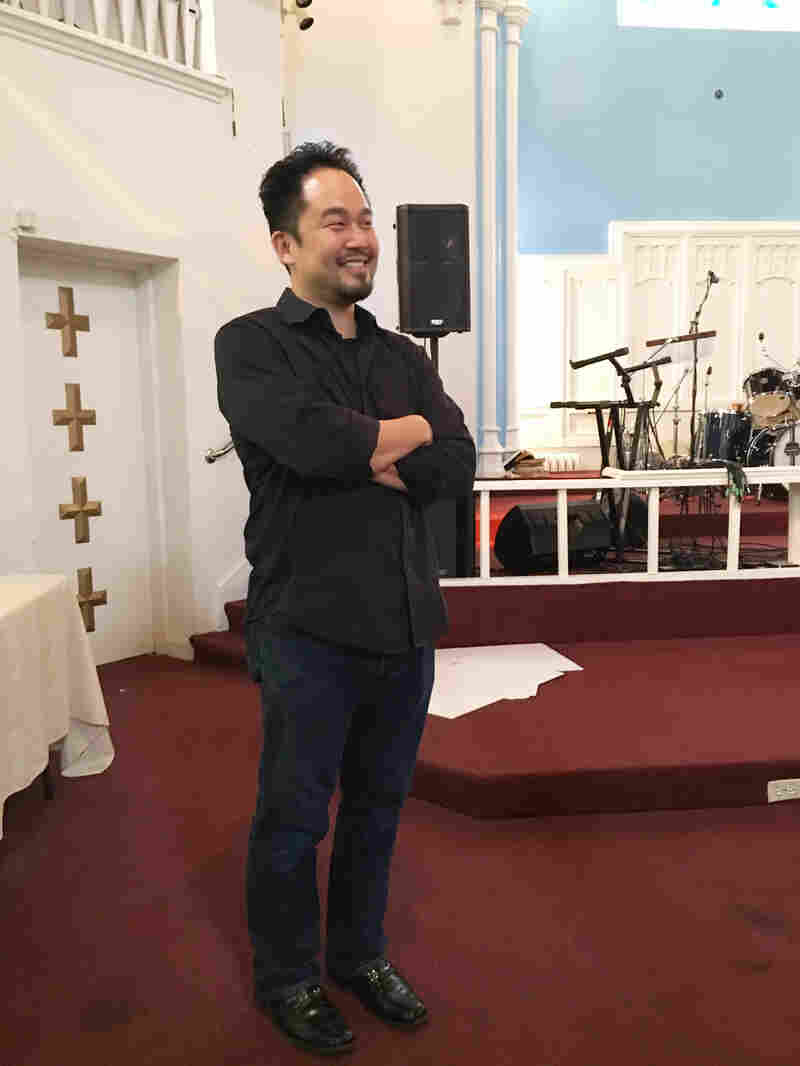 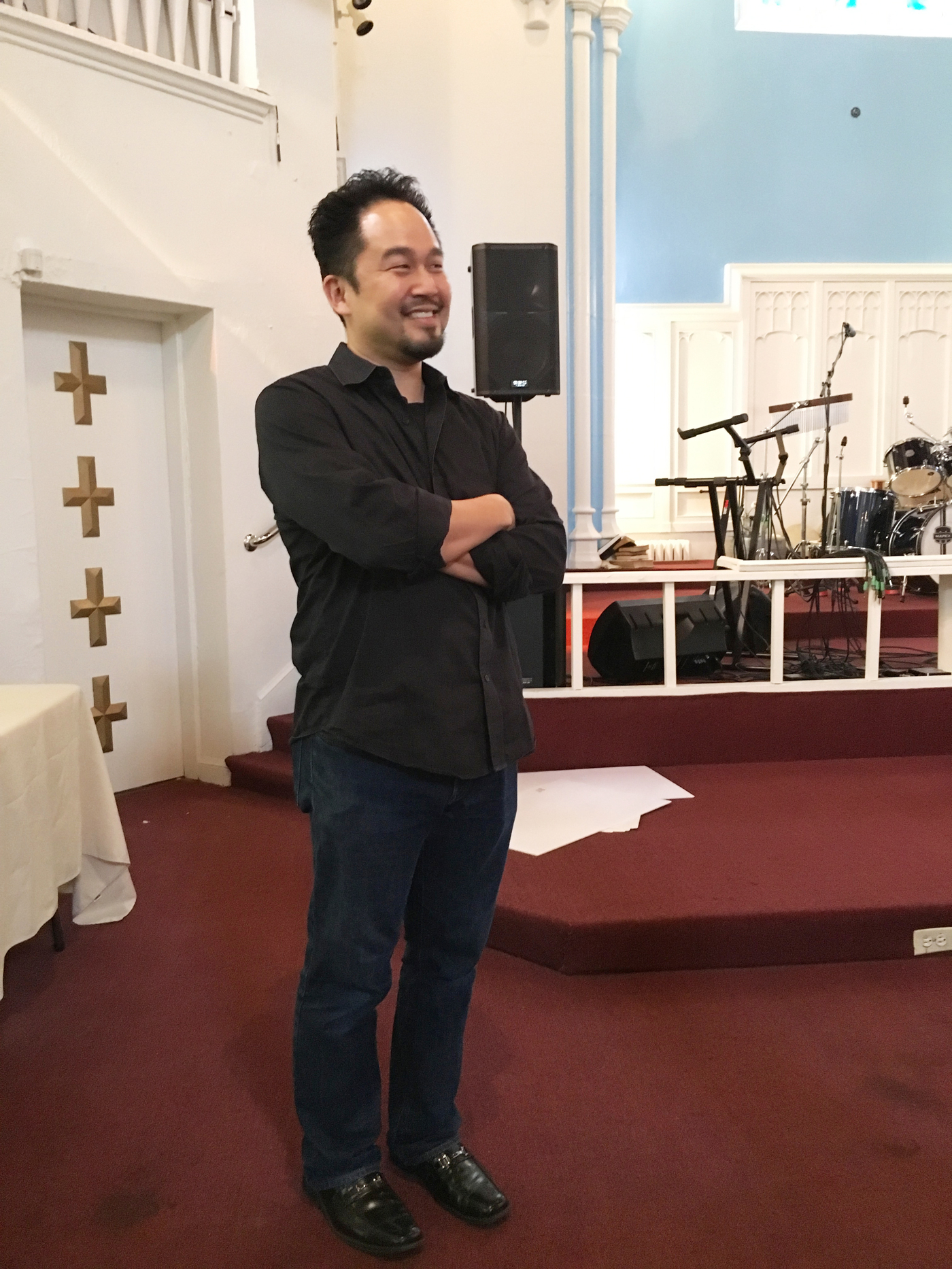 For more than 30 years, conservative evangelical Christians have been tied to the Republican Party. While the pattern seems to be holding this year, with most conservative white Christians supporting Donald Trump, some evangelical leaders are now questioning the logic behind the political alliance.

Prominent among them is Russell Moore, president of the Ethics and Religious Liberty Commission of the Southern Baptist Convention, the largest Protestant church group in the United States. In a recent lecture titled "Can the Religious Right Be Saved?" Moore recalled the first time he noticed conservative Christian activists distributing voting guides at his church.

"Even as a teenager," Moore said, "I could recognize that the issues chosen just happened to be the same as that year's talking points from the Republican National Committee." Christian political outreach, he said, had already moved beyond simple matters of faith.

"On many issues, there did seem to be a clear Christian position — on the abortion of unborn children, for instance, and on the need to stabilize families," Moore noted. "But why was there a 'Christian' position outlined on congressional term limits and a balanced budget amendment and the line item veto?"

Forty or 50 years ago, liberal Christians were more likely than conservatives to be identified with specific political positions, largely because of their support of the civil rights or anti-war movements. White evangelical Christians began uniting behind the Republican Party with the emergence in 1980 of Moral Majority, a movement organized by evangelist Jerry Falwell in support of Ronald Reagan's candidacy.

The Republican Party's nomination of Donald Trump, with his record of questionable behavior and divisive rhetoric, has introduced new political tensions in the evangelical movement, however, with more leaders warning of the dangers of a lockstep association with one political party over another.

The idea that Christians should separate their faith and political identities has been echoed by other evangelical leaders. Duke Kwon, the pastor at Grace Meridian Hill church in Washington, D.C., last week called his congregants' attention to the words of Jesus as recorded in John 18:36.

"He said, 'My kingdom is not of this world,' " Kwon said in his sermon, noting that Christians should therefore not assume that the teachings of Jesus "fit the categories and definitions of this world."

"Why should we be surprised," Kwon asked, "when he doesn't just sign off on a whole party's single platform? Why should we be surprised when someone that really follows Jesus might be a person that confounds people, keeps them [saying], 'You don't seem to fit.' And the answer can be, 'Well, my savior didn't fit either, and I'm just following him.' "

In an interview at his church, known for its diverse but passionate urban congregation, Kwon noted that even if Scripture suggests a correct "Christian" position on an issue like the sanctity of life, there are other issues to be considered, such as concern for the poor, the foreigner or the planet.

"There is a sense in which you ought to be split across different party platforms and different candidates," he said. "Because, hey, there are these four issues I find embodied in this person and these two in this other person."

"God will not hold us guiltless"

Other evangelical leaders, however, are unabashed in their support of Trump. Eric Metaxas, a popular Christian author and radio host, laid out an argument in The Wall Street Journal recently for opposing Hillary Clinton, saying she would be more likely than Trump to support abortion and discriminate against Christians who take a stand against same-sex marriage.

"A vote for Donald Trump," he argued, "is a vote for those who will be affected by the results of this election. Not to vote is to vote. God will not hold us guiltless."

To his dismay, Metaxas' suggestion that Christians who do not support Trump will have to answer to God for their vote quickly got him in trouble with other Christian leaders.

"I have been horribly misunderstood, and it's really damaged my reputation," Metaxas told NPR. "When I put that out there, I didn't realize most people aren't going to get the joke, so to speak."

Metaxas explained that when he said "God will not hold us guiltless," he was simply quoting the German theologian and anti-Nazi martyr Dietrich Bonhoeffer, the subject of one of Metaxas' numerous books. Bonhoeffer famously said God would not hold Germans guiltless for appeasing Hitler, because "silence in the face of evil is itself evil."

"The point of the quote," Metaxas said, "Is that you can't say, 'Oh, I'm not going to vote.' You have to make a sober, difficult choice, because people are depending on you."

Asked whether he thought God favors one candidate over another in an election, Metaxas said the question was "misleading."

"It would be nothing less than hubris and foolishness to say, 'God says this or that' in an election," Metaxas said. "[But] I do think we have an obligation to say what we think he's saying."

Wayne Grudem, a professor of theology and biblical studies at Phoenix Seminary in Phoenix, makes a similar argument.

"God often works through human means to answer our prayers," Grudem wrote in a recent column. "The ballot box in this election is still the human means that God has given in answer to our prayers that he would deliver us from the increasing opposition to Christian values brought on by the Democratic Party and the Obama Administration."

Such arguments, however, do not convince Jenifer Sarver, a lifelong Republican and conservative Christian who served in Washington under President George W. Bush. Now running her own public relations firm in Austin, Texas, Sarver recently announced she is supporting Hillary Clinton in this election.

Some of her Christian friends were dismayed, but in a blog post that went viral, Sarver offered a defense of her position from a Christian perspective. "We should not use our faith as a political tool or a bludgeon," she wrote. "We should use it to extend mercy and grace around us."

Sarver expanded on the column in an interview with NPR.

"I evangelize by trying to live my life in such a way that would honor and respect my savior," she said. "I think that if more Christians lived their lives trying to walk in Jesus' footprints and not trying to tell people how to vote, we'd have a better society."