Accessibility links
Shock At The Pump: A Jump In N.J. Gas Tax Marks An End To Cheap Fuel New Jersey drivers have enjoyed relatively cheap gasoline thanks to low taxes. But that changed on Tuesday when the state's gas tax jumped 23 cents a gallon. Station owners fear they'll lose business. 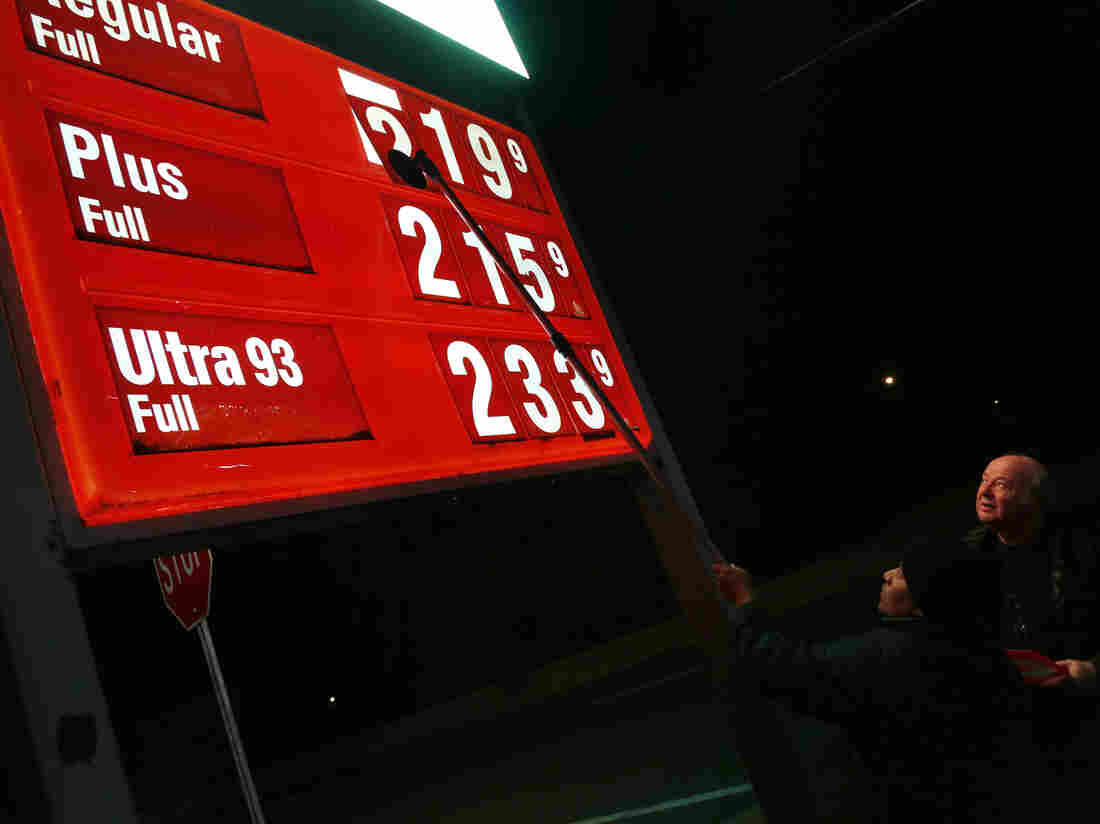 Gazi Alam (left) changes the price on a sign as Leon Balagula looks on at a Sunoco station early Tuesday in Fort Lee, N.J., following a jump in the state gas tax. Seth Wenig/AP hide caption 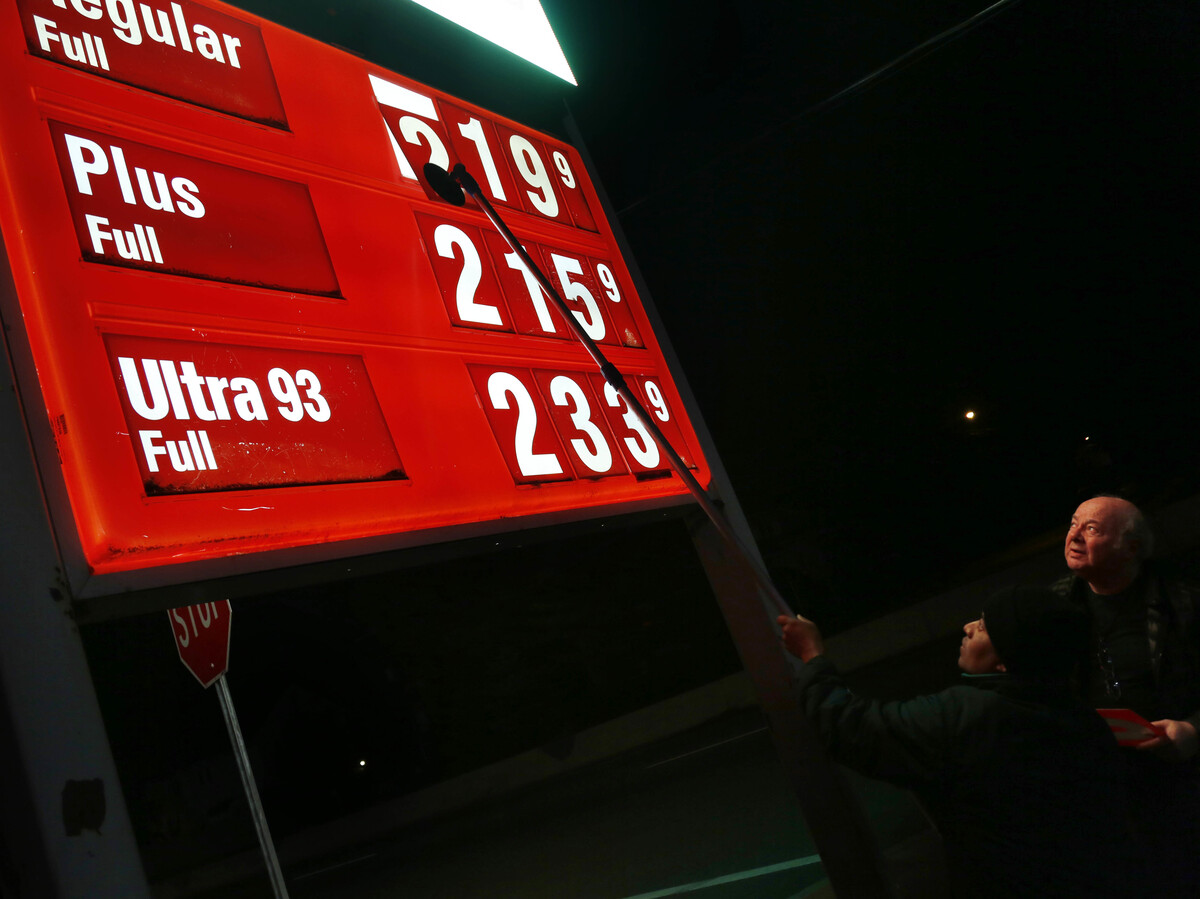 Gazi Alam (left) changes the price on a sign as Leon Balagula looks on at a Sunoco station early Tuesday in Fort Lee, N.J., following a jump in the state gas tax.

For years, New Jersey drivers enjoyed relatively cheap gas — thanks to one of the lowest state gasoline taxes in the country. The state's gas tax hasn't gone up since 1988. But that all changed Tuesday, when it jumped by 23 cents a gallon.

Across the state on Monday, drivers raced to fill up their tanks before a tax hike took effect.

"I already went to a couple of different stops, and they were out of regular gas," said Tobin Gringras, as he topped off his tank at a gas station in Hoboken, right across the river from New York City. "So obviously there's a lot of people that are filling up right now."

"I'm speechless, cause I really relied on this," said Jazmine Rogers, who commutes from Ellenville, N.Y., about 90 miles each way. "It's gonna hit my pockets hard, unfortunately."

James O'Connor of Hoboken was skeptical that New Jersey will spend its new windfall wisely. "I just hope it's used for what it's supposed to be used for," he said. "You know, it's supposed to be for roads and bridges and so forth. They put these taxes on, and where's it go?"

There's no doubt that New Jersey's roads are in bad shape. The state's transportation trust fund ran out of money this year. So lawmakers reached a bipartisan deal to raise the state's gas tax by 23 cents a gallon, to 37.5 cents. Gov. Chris Christie says the deal will generate billions of dollars a year for transportation projects, and allow the state to lower the sales tax and phase out the estate tax altogether.

New Jersey is in good company when it comes to raising gas taxes. It's the 19th state to do it in the last three years alone, according to Kevin Pula, policy specialist at the National Conference of State Legislatures.

"There's a shortfall of transportation funding around the country, at both the federal and the state level," Pula said. "It's not just an issue in one region of the country or that only affects urban states or rural states. A lot of states are struggling with this."

U.S. Gasoline Use Hits A Record, But That May Not Last

Still, Pula says New Jersey's gas tax increase is notable for a couple of reasons. For one thing, it's designed to go up or down depending on how much gas drivers consume. So even if fuel-efficiency improves and drivers buy less gas, the state can still count on a steady stream of revenue.

And New Jersey's gas tax hike is unusually big. It will cost drivers between $184 and $276 a year, Christie's office said.

It could cost gas station owners a lot more than that.

"I think it's too high, and too quick," says Meer Fazaldin. "They should have staggered it, you know? But all of a sudden 23 cents, that's too much all at once."

Fazaldin owns two gas stations in prime locations — one near the Lincoln Tunnel, and another outside the Holland Tunnel. Drivers could fill up on cheap gas on their way into New York, where the gas tax has been a lot higher — until now.

"My business is gonna take a big hit," Fazaldin said. "There's no attraction for people to gas up in Jersey because there's no savings. They might as well gas up near home."

Fazaldin says he has no choice but to pass the cost increase on to his customers, and hope for the best.