Accessibility links
Economists' Letter Warns That Electing Trump Would Be Dangerous For The Country A letter from 370 economists, including eight Nobel Prize winners, says the Republican presidential candidate has misled the country about trade, jobs and growth. 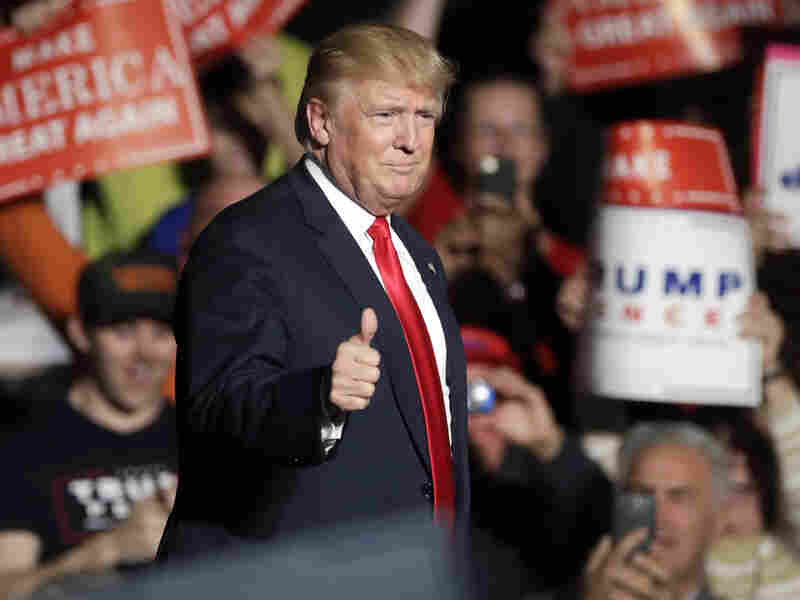 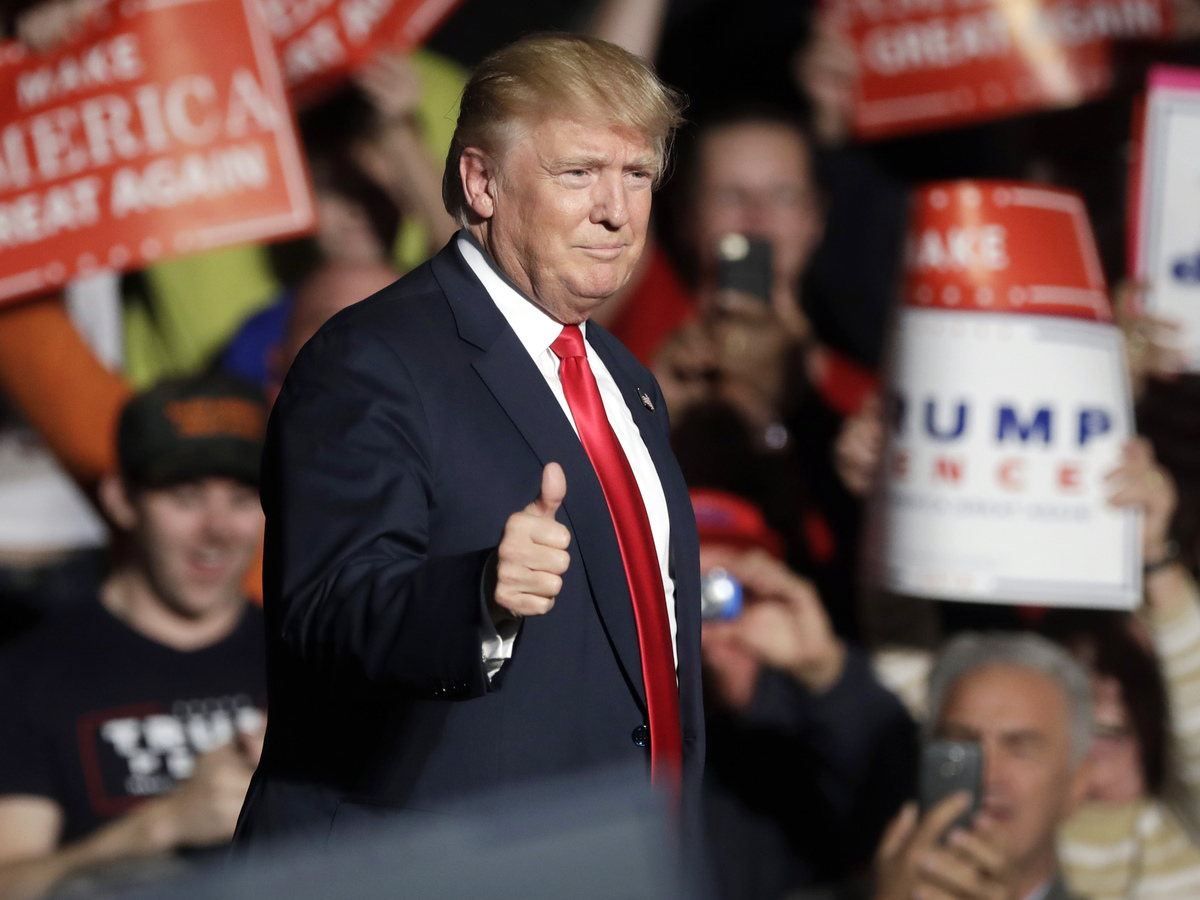 Some of the country's most prominent economists have signed a letter warning that Donald Trump is a "dangerous, destructive" choice for president and urging voters to choose someone else.

The letter, first reported by The Wall Street Journal, was signed by 370 economists, including eight Nobel Prize winners.

The text stops short of endorsing Democrat Hillary Clinton, though, and doesn't criticize Trump on ideological grounds. Instead, it says he has made repeated statements aimed at misleading the public about jobs and growth:

"He misinforms the electorate, degrades trust in public institutions with conspiracy theories, and promotes willful delusion over engagement with reality. If elected, he poses a unique danger to the functioning of democratic and economic institutions, and to the prosperity of the country."

Among other things, Trump has told voters that renegotiating the North American Free Trade Agreement or imposing tariffs on China would increase manufacturing jobs, the letter says.

"In fact, manufacturing's share of employment has been declining since the 1970s and is mostly related to automation, not trade," it says.

Trump has "lowered the seriousness of the national dialogue" by saying that the deficit can be reduced by eliminating government agencies such as the Department of Education and the Environmental Protection Agency.

"A credible solution will require an increase in tax revenue and/or a reduction in spending on Social Security, Medicare, Medicaid, or Defense," it says.

The Republican presidential candidate has also falsely claimed that the United States is one of the most heavily taxed countries in the world, the letter says. It added:

"His statements reveal a deep ignorance of economics and an inability to listen to credible experts. He repeats fake and misleading economic statistics, and pushes fallacies about the [value-added tax] and trade competitiveness. He promotes magical thinking and conspiracy theories over sober assessments of feasible economic policy options."

Those signing the letter say they "represent a broad variety of areas of expertise." They include Nobel winners such as Angus Deaton of Princeton, Oliver Hart and Eric Maskin of Harvard and Kenneth J. Arrow of Stanford, as well as many other prominent academics.

A separate letter endorsing Clinton and signed by 19 Nobel laureates was released earlier this week.

One of Trump's senior economic advisers, Peter Navarro of the University of California, Irvine, said in an email to NPR that the letter is "an embarrassment to the corporate offshoring wing of the economist profession who continues to insist bad trade deals are good for America."

"You don't need Econ 101 to know Hillary Clinton's plan to raise taxes, increase regulation, raise energy and electricity prices by shutting down our fossil fuel industries, and continue to ship our jobs and factories overseas through bad trade deals will reduce growth, continue stagnant wages, and leave our government without the economic growth it needs to pay for everything from new infrastructure to national defense.

Navarro also noted that a separate letter signed by 300 economists was released in September warning that Clinton's economic policies were wrong for the country.