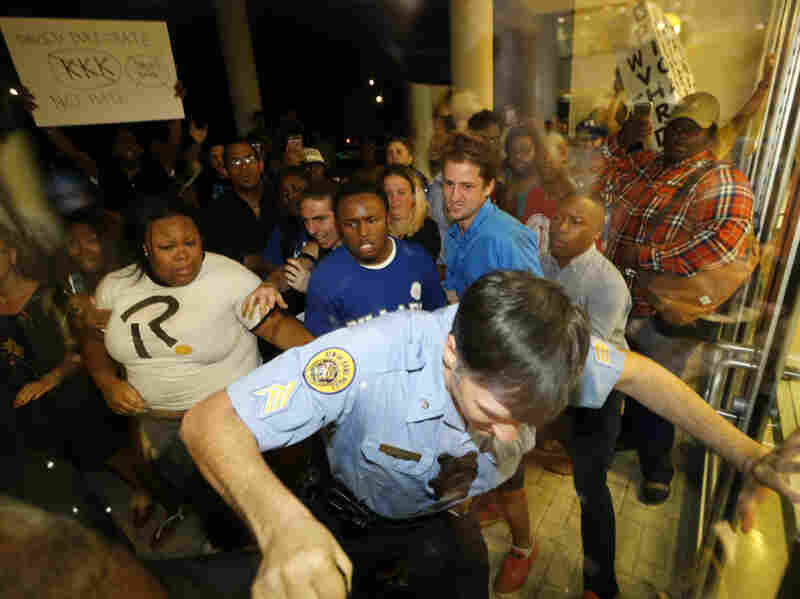 A police officer keeps protesters at bay before a debate for Louisiana candidates for the U.S. Senate at Dillard University in New Orleans Wednesday night. Gerald Herbert/AP hide caption 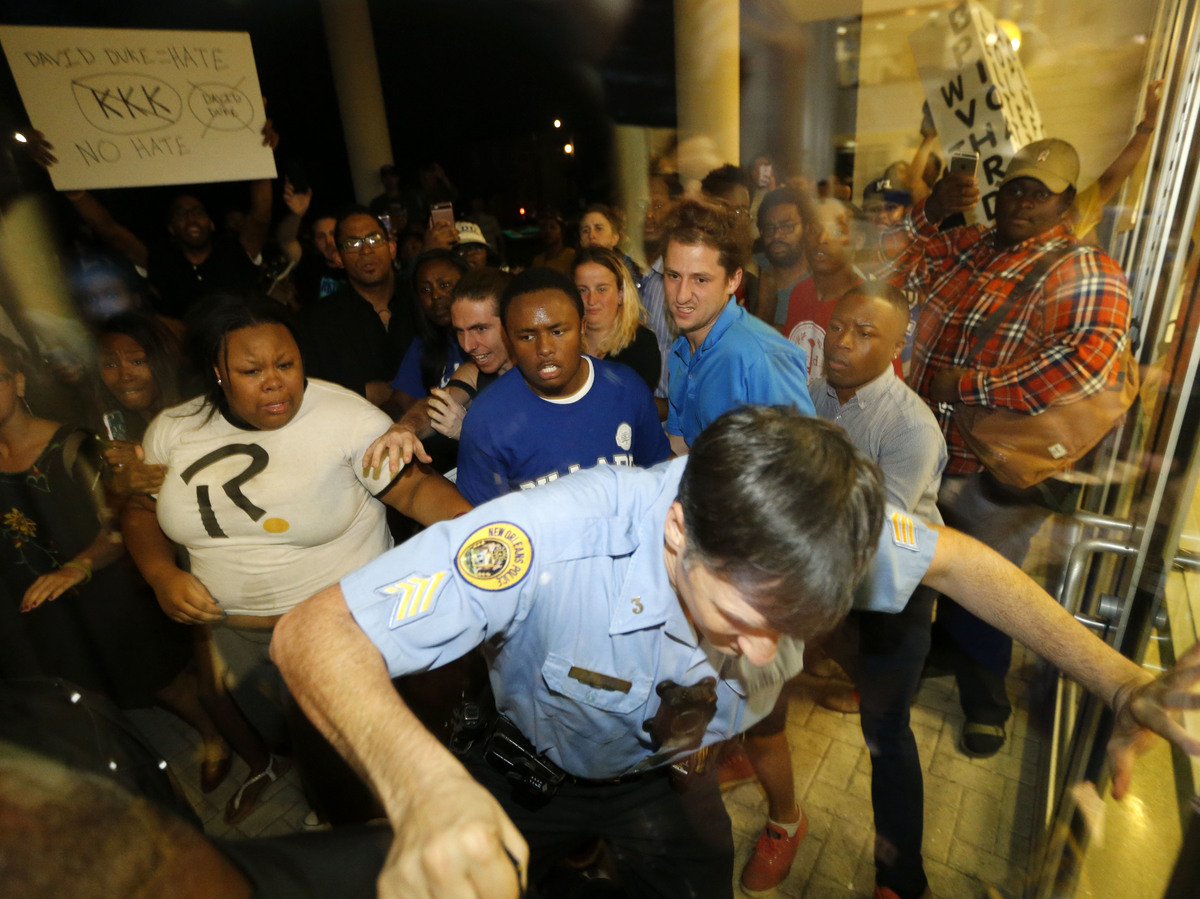 A police officer keeps protesters at bay before a debate for Louisiana candidates for the U.S. Senate at Dillard University in New Orleans Wednesday night.

He's in a crowded field to replace retiring Republican Sen. David Vitter and earned enough support in polls to make the cut for this final debate, hosted by Raycom Media at Dillard University, a historically black college in New Orleans.

Dillard officials say they didn't know who would be participating when they agreed to rent the hall.

Unlike the presidential debates, this one was closed to the public. Even journalists had to watch a video feed from a side room.

The six candidates appeared in an empty auditorium. Outside, students and other protesters shouted "Let us in!" as they pushed against doors to get into the building.

On the debate stage, Duke acknowledged the protests and blamed them on "radicals" from the Black Lives Matter movement.

"It is time we stand up now," he said. "We're getting outnumbered and outvoted in our own nation." 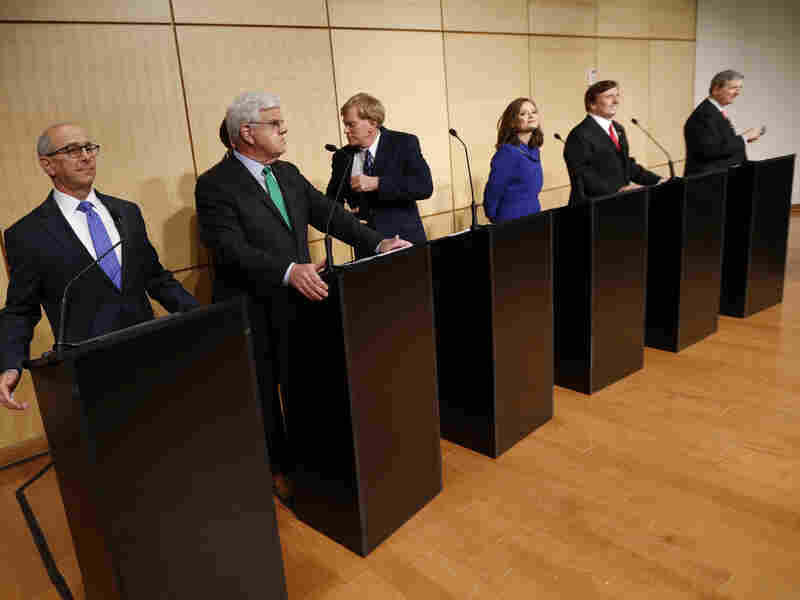 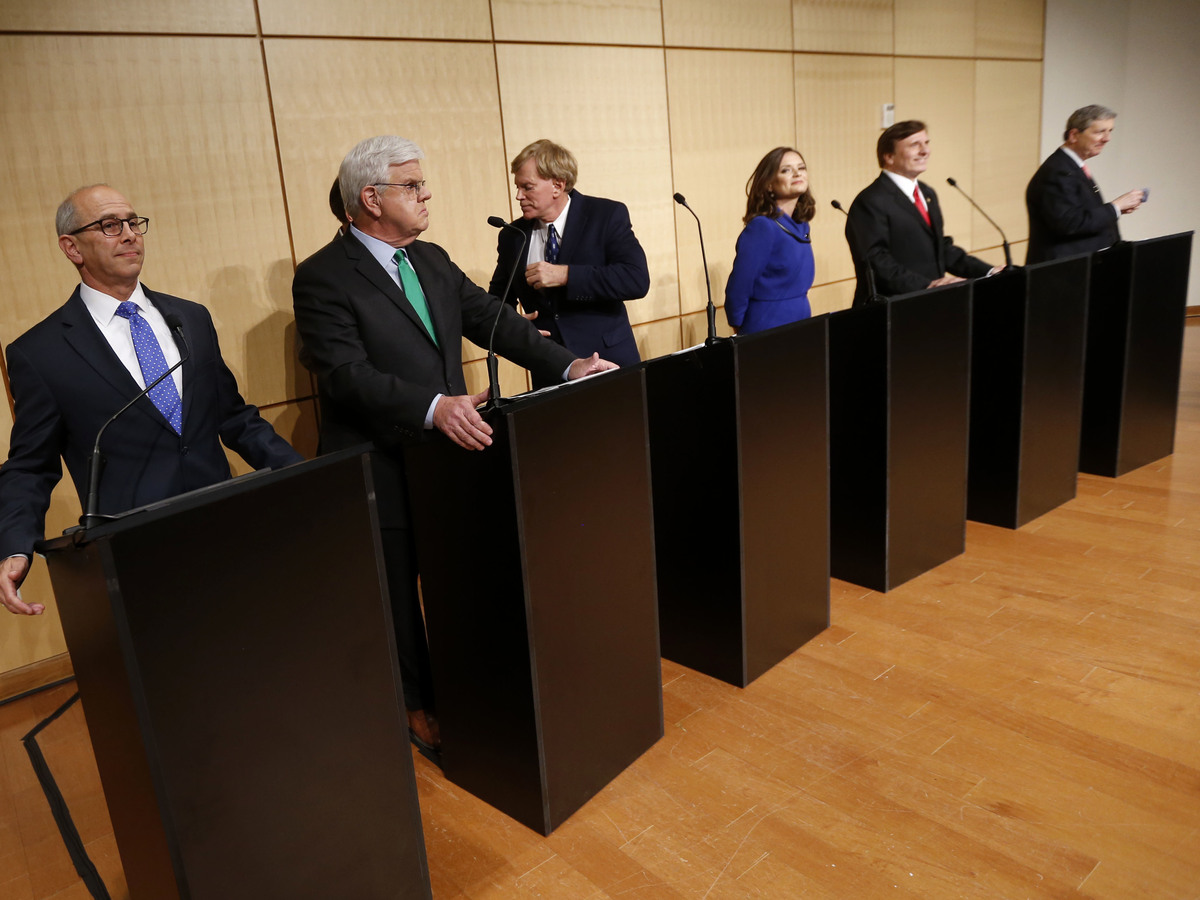 Duke is one of about two-dozen candidates in the contest. Louisiana has an unusual system in which candidates of all parties appear together on the general election ballot. If no one gets a majority, a December runoff between the top two finishers determines the winner.

Even before the debate, this Senate race has been colorful in the way that Louisiana politics can be. One candidate suggested he would prefer drinking weedkiller to keeping Obamacare; there was an ad starring a terrorist goat; and there have been allegations of hiring prostitutes — something that has dogged the incumbent Vitter, who lost the governor's race last year to Democrat John Bel Edwards.

Having the former KKK grand wizard in the mix stole focus from the issues at several points in the debate, like when Campbell had to deny allegations from Fayard linking him to David Duke in the past.

"It's not just a lie, it's a damn lie," Campbell said. "I have nothing in common with David Duke other than we're probably breathing."

Duke's candidacy comes during an election season in which white nationalists have supported Donald Trump in the presidential race. Trump has disavowed Duke's support.

Yet Duke fashions himself an ally, ready to fight what he, too, calls a rigged system and vowing to take care of Hillary Clinton.

"The lady should be getting the electric chair, being charged with treason," he said during the debate.

A former one-term state lawmaker, Duke first gained national attention when he finished second in the 1991 race for Louisiana governor. He lost to Democrat Edwin Edwards in a campaign that featured bumper stickers that said, "Vote for the Crook — It's Important," arguing a corrupt Edwards as governor was better than a white supremacist. Both men later served time in federal prison.

Duke is not considered competitive in the Louisiana Senate race yet drew some fire from the front-runner, Kennedy, the state treasurer.

"Mr. Duke is a convicted felon," Kennedy said. "He spent time in prison for lying to his supporters. He swindled them out of their money and took that money and used it for his gambling addiction."

Dillard University officials asked students to stay away from the debate. One who didn't was political science major Breial Kennedy. She was briefly detained after pushing her way into the building.

"They're allowing a terrorist, a neo-Nazi Ku Klux Klan member, to be secured in a building in which we paid thousands of dollars to attend annually," says Kennedy.

She's appalled that such a thing would happen on a historically black campus.