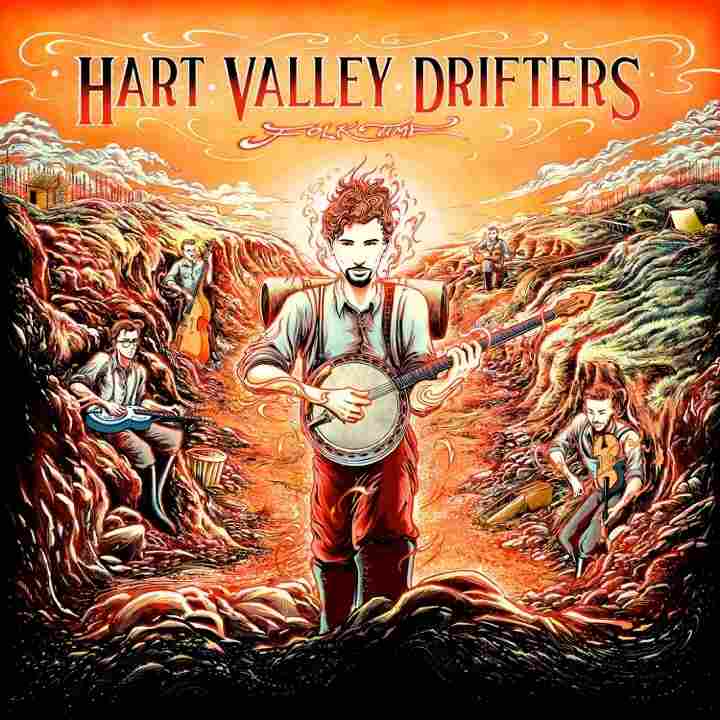 The first thing we must note about this album by the Hart Valley Drifters is that it is not the most authentic bluegrass or old-time music. This is not from a long-lost box of tapes found in a dusty closet, not performed by a group of master folk musicians from somewhere in Appalachia.

No, Folk Time was recorded in 1962 by a bunch of Bay Area 20-somethings who were on an earnest quest for real American folk music. They wanted to hear it and learn to play it. So to the untrained ear, these songs will sound like what we expect that music to sound like. But aficionados will undoubtedly hear good intentions, but a serious lack of authenticity.

That's not why this recording is so damn cool. That realization comes when the banjo player introduces himself on the tape as Jerry Garcia. That Jerry Garcia.

This is a full three years before Garcia and the rest formed the Grateful Dead. The Hart Valley Drifters also included Robert Hunter, who would become Garcia's songwriting partner for the Grateful Dead, and David Nelson of the New Riders of the Purple Sage, the Bay Area psychedelic country-rock outfit and Garcia side project.

What you hear on Folk Time, besides pretty decent banjo playing, is the beginning of Garcia's quest to explore every aspect of what makes American music so rich. Despite his near deification by overzealous Deadheads, what Garcia was really after — as a musical explorer in the Dead and other projects — was a seamless integration of this music, along with blues and jazz and folk, with just the right amount of psychedelic inspiration. With the rest of his Grateful Dead bandmates, he did exactly that — and that makes these songs the roots of a cultural phenomenon that recently celebrated 50 enlightening years of redefining improvised music.