Accessibility links
Re-emerging On Campaign Trail, Melania Trump Pledges To Fight Online Bullying Trump headlined a campaign rally for her husband in suburban Pennsylvania Thursday, the first time she has given a speech since the Republican Convention. 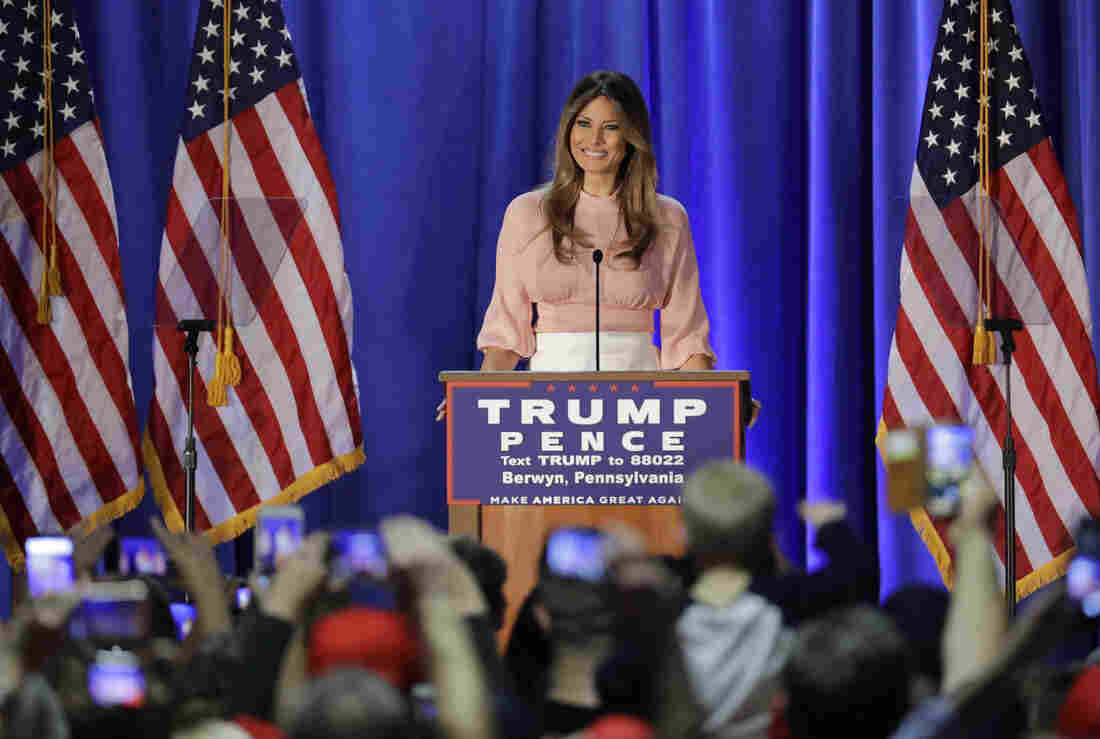 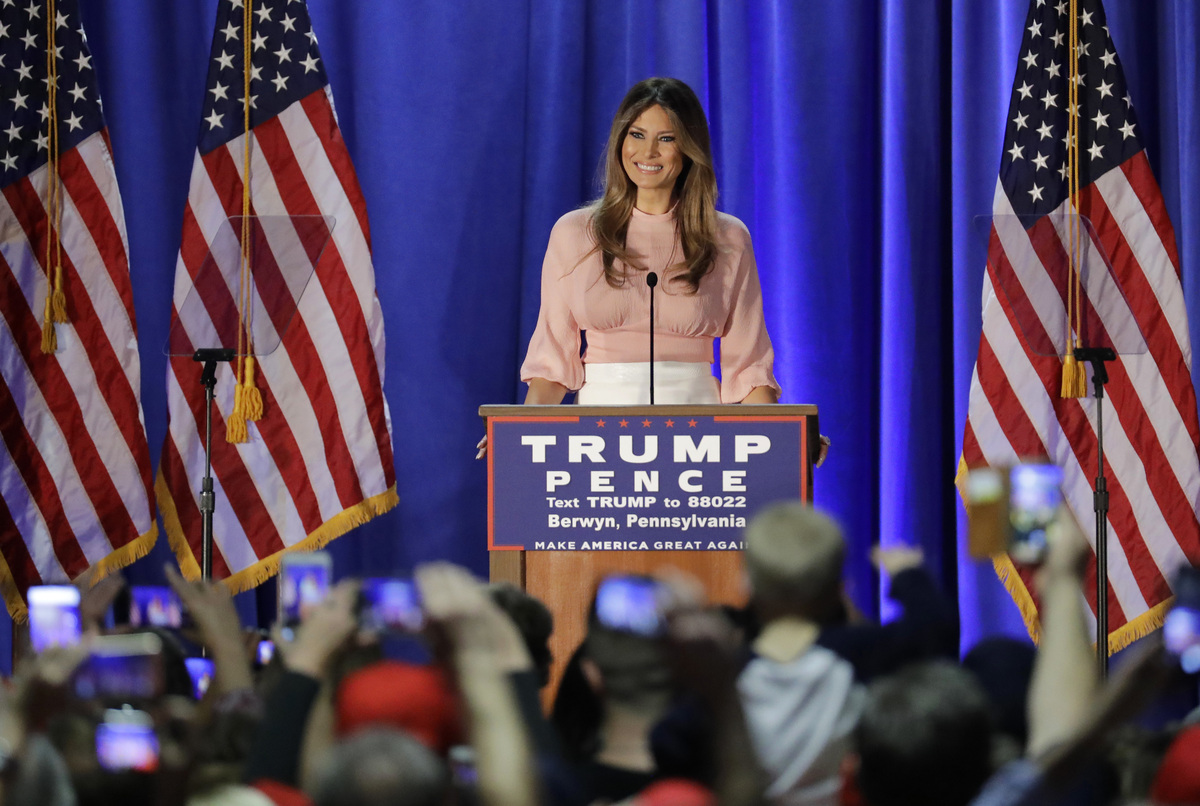 The last time Melania Trump was in the spotlight, it did not end well. After her address at the Republican National Convention in July, it was discovered that several lines from Trump's speech were lifted from a Michelle Obama speech at the 2008 Democratic Convention. The plagiarism scandal led to online ridicule — her speech writer accepted responsibility saying that Trump had read passages of Obama's speech to her, which she then wrote down and included in the speech.

Since then, she has appeared beside her husband occasionally, but rarely spoken, even when she was the butt of a Donald Trump joke (about his wife's plagiarized speech) at the Al Smith charity dinner last month.

Thursday in Berwyn, Pa., a suburb of Philadelphia, at an event meant to appeal to white suburban, women voters, that changed.

After a short introduction from Karen Pence, wife of GOP vice presidential nominee Mike Pence, Melania Trump spent a little less than 15 minutes delivering prepared remarks that were as much an endorsement of her husband as herself.

She detailed her upbringing in Slovenia, talked about looking up to Ronald Reagan in her youth, and pursuing a career in fashion and modeling. She ended the biographical portion of her speech by telling the crowd at the Main Line Sports Center Indoor Training Facility how honored she was to become an American citizen. "It is the greatest privilege in the world," said Trump. "I'm an immigrant. And let me tell you, no one values the freedom and opportunity of America more than me, both as an independent woman, and as someone who immigrated to America."

I'm an immigrant. And let me tell you, no one values the freedom and opportunity of America more than me, both as an independent woman, and as someone who immigrated to America.

Melania Trump also spoke about the joys of motherhood and raising her child with Donald Trump, Barron. And she said that should she become first lady, she'd be an advocate for women and children. Regarding children, Trump outlined what she says will be one of her main causes as first lady: fighting youth bullying, in person and online.

"Our culture has gotten too mean and too rough, especially to children and teenagers," said Trump. "It is never O.K. when a 12-year-old girl or boy is mocked, bullied or attacked. It is terrible when that happens on the playground and it is absolutely unacceptable when it is done by someone with no name hiding on the Internet."

She continued, "We have to find a better way to talk to each other, to disagree with each other, to respect each other. We must find better ways to honor and support the basic goodness of our children, especially in social media. It will be one of the main focuses of my work if I'm privileged enough to become your first lady."

Her condemnation of online bullying, especially in social media, could be seen as ironic, given her husband's particularly combative persona on Twitter. But after her speech, several in the crowd said that what Trump does is different than the behavior his wife called out.

Helen Tracy from Marlton, N.J. said of Trump's Twitter history, "He's not going after kids. He's not going after innocent people ... He's really after going after people in the Democratic Party or people who are in the media. So I think that's all fair game when you're running for office."

Another Trump supporter in the crowd took time to defend Donald Trump and his history with women, after weeks of stories documenting allegations of sexual harassment and lewd comments from Trump. "I have said worse things about men, than Donald Turmp has said about women," said Micky DiBella. Her friend, Joanne DiGiuseppe said many have criticized Trump and his behavior unfairly. "Everybody's high and mighty, during this election." But she admitted that in spite of her and most of her friends supporting Trump, he has a problem with women voters, especially in suburbs like Berwyn. "He is having trouble," she said. "And the women around this area, are statistically not for Trump."