Accessibility links
Following The Bundy Acquittal, Militia Followers Emboldened To Refuse Government's Right To Land Ammon Bundy and his followers are back with fervor, saying that constitutionally, the government does not have the right to Western lands. But scholars disagree. 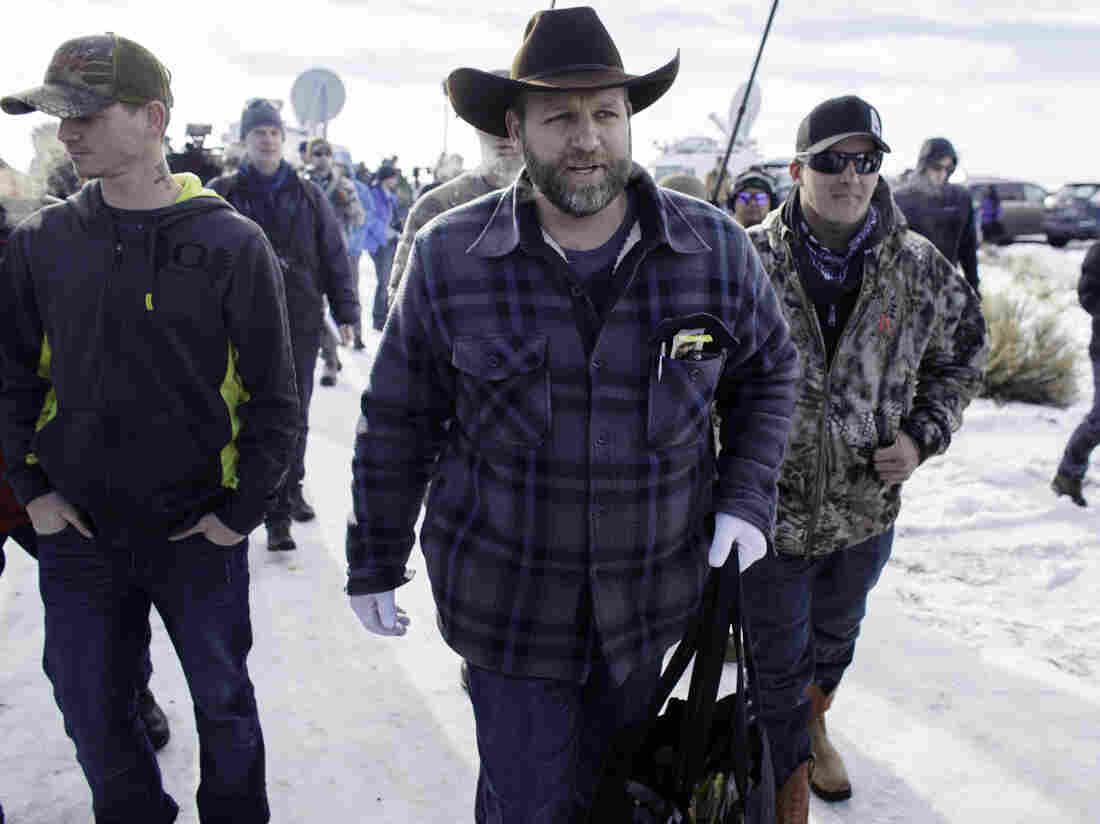 Ammon Bundy (center) and six other militants were aquitted in October after they occupied the Malheur National Wildlife Refuge Headquarters in Burns, Ore., last January. The acquittal has emboldened the movement's militia followers, who claim the federal government has no right to own public land. Rob Kerr/AFP/Getty Images hide caption 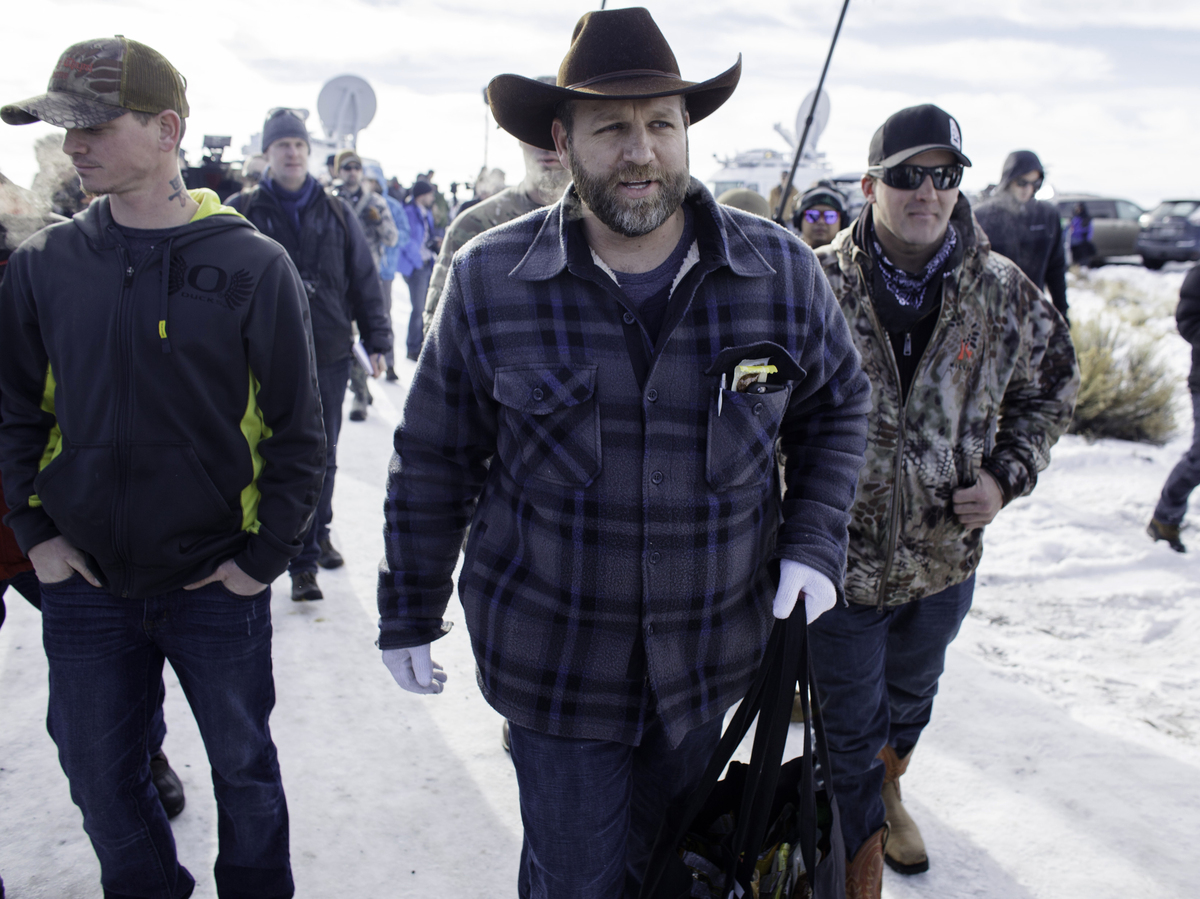 Ammon Bundy (center) and six other militants were aquitted in October after they occupied the Malheur National Wildlife Refuge Headquarters in Burns, Ore., last January. The acquittal has emboldened the movement's militia followers, who claim the federal government has no right to own public land.

The surprise acquittal of Ammon Bundy and six other militants who occupied a bird sanctuary in Oregon last January has emboldened the movement's militia followers, who claim the federal government has no right to own public land.

"We're fighting for our freedoms, for our rights to keep our Constitution," said defendant Shawna Cox, outside a federal court in Portland last week.

Reiterating a popular refrain of the Bundys and their sympathizers, Cox said the federal government has no constitutional right to own millions of acres of public land in the West. After the verdict, she further pointed to the Constitution's "Enclave Clause."

"According to the Constitution, in Article 1, Section 8, Clause 17, it says the federal government can't own any land unless it is OK'd by the legislature of the states," Cox said.

That clause lays out a plan to create a federal district for the U.S. Capitol. Cox says it bars the federal government from controlling any other land in the U.S. that isn't used for things like ports or military installations.

Many legal experts, however, say this argument ignores more than a century's worth of Supreme Court cases, lower appellate court rulings and acts of Congress.

"It's the Bundy types sort of who get out their pocket version of the Constitution and read this and say, 'oh, gee, this could be interpreted to mean the United States can't own public lands,'" says John Leshy, a professor emeritus at the University of California Hastings College of Law. "It doesn't mean that, it's never meant that." 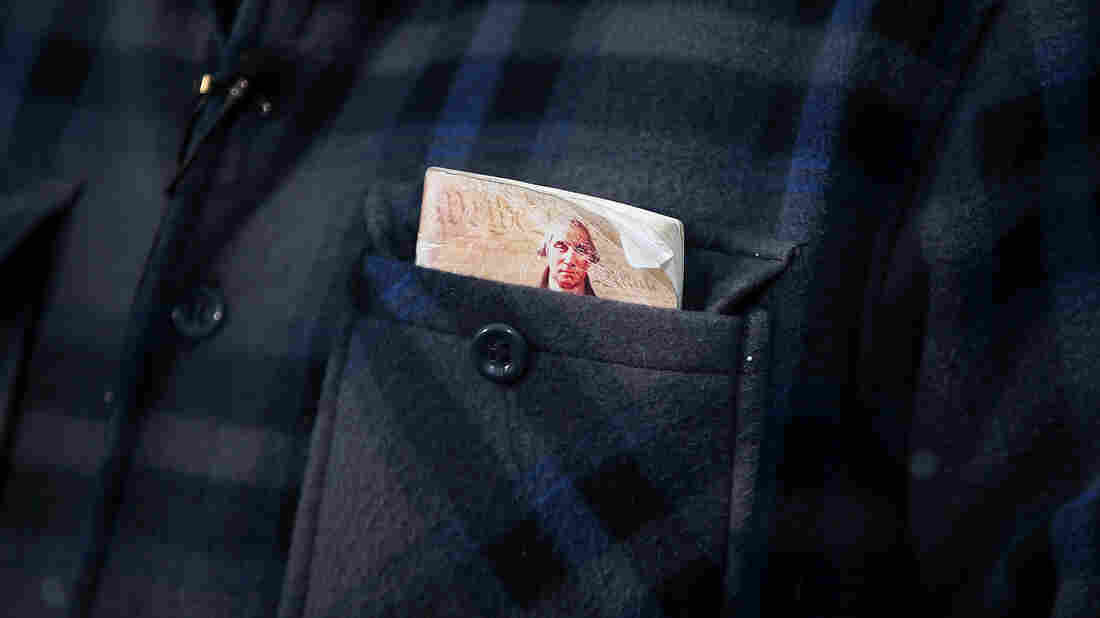 Ammon Bundy, the leader of an anti-government militia, carries a copy of the U.S. Constitution in his pocket. Justin Sullivan/Getty Images hide caption 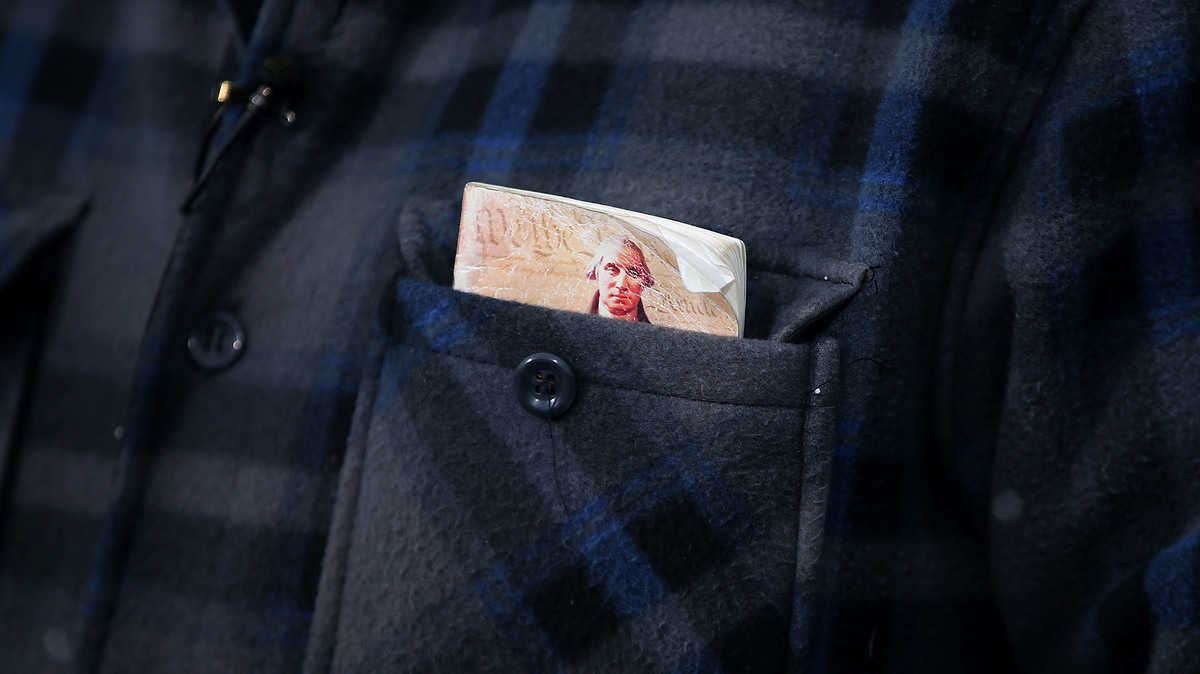 Ammon Bundy, the leader of an anti-government militia, carries a copy of the U.S. Constitution in his pocket.

Leshy, who served in the Interior Department under several Democratic administrations, says the Supreme Court settled that matter in 1885, when the court concluded the clause wasn't intended to prohibit the federal government from owning land within states. There have also been several court rulings since upholding the federal government's ownership of federal land under the Constitution's property clause.

"There are 225 years of history and thousands and thousands of court decisions and congressional statutes that interpret the Constitution," Leshy says. "Just looking at the words doesn't tell you the whole story."

Legal experts say the Bundys are perpetuating an argument that dates back to the 1790s though, the first of many times that proposed plans to transfer ownership of federal lands was rejected by Congress.

"The actual history is much more complicated than the argument that these people are making," says Greg Ablavsky, an assistant professor at Stanford who specializes in property law in the American West. "In fact, if you dig into the history, the legal principles seem to exactly oppose many of the arguments that they're advancing."

More recently, in the 1970s, a challenge to federal control by the state of New Mexico was tossed out. In the 1990s, the government also won on appeal against ranchers in Nevada who had made a similar argument in a dispute over unpaid grazing fees.

"My frustration is that the history that gets retold is sort of a cartoon version of the actual history of what happened," Ablavsky says.

The Bundys' claims to Western land also seem to go against history when it comes to international treaties.

John Ruple, Wallace Stegner fellow at the University of Utah School of Law, says people in the Western states can't "take back" the land because it was never theirs to begin with.

Oregon Occupation Unites Native American Tribes To Save Their Land

Western law experts such as Ruple say that if what people like the Bundys really want is more control of public land, they need to go to Congress. After all, there's nothing in the Constitution that prevents Congress from transferring federal land to states.