Accessibility links
2016 World Series Brought Welcome Levity To Weary Cities Chicago and Cleveland are both cities with real problems. But while their baseball teams played out the World Series, Indians fans and Cubs fans connected and commiserated with each other. 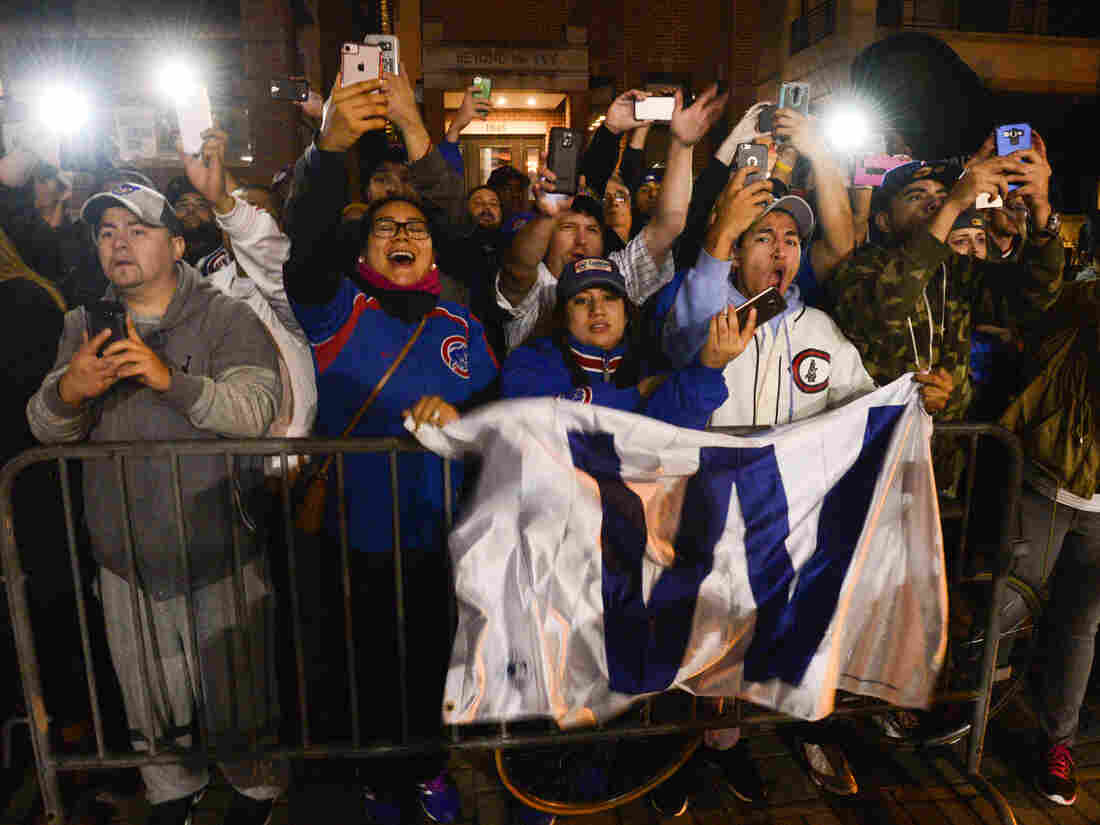 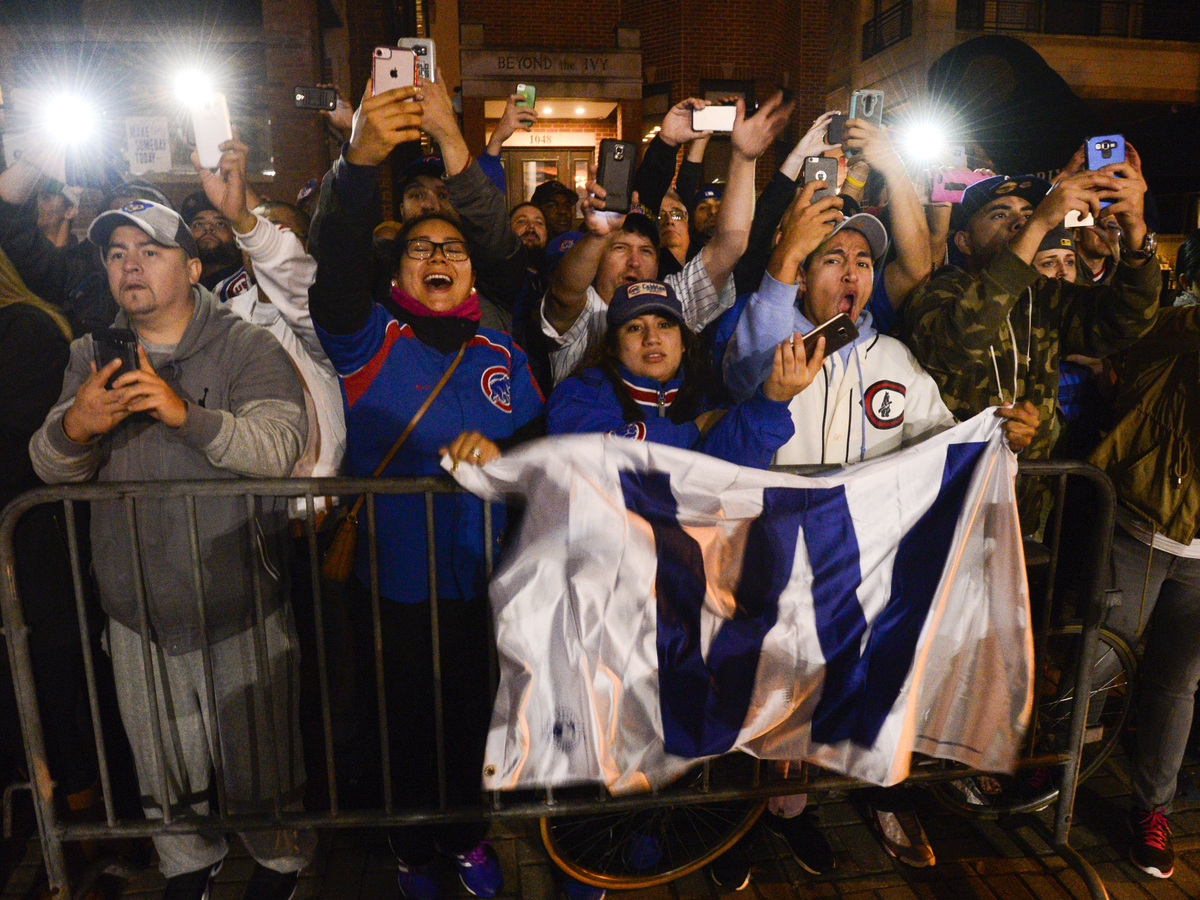 Fans celebrate outside Wrigley Field as buses carrying the Chicago Cubs baseball team arrive in Chicago early Thursday, Nov. 3, 2016, after the Cubs defeated the Cleveland Indians 8-7 in Game 7 of the World Series in Cleveland.

I know baseball is not real life.

While Chicago's streets teemed with loud whoops and waving banners as the Cubs won their first World Series in 108 years, 18 more people were killed over two days on the south and west sides of the city. The number of homicides in Chicago has surged past 600 this year. 2016 could be the city's deadliest year in nearly 20, and the people in those afflicted neighborhoods, usually a long way from Wrigley Field, will remember this year more for their losses than any World Series victory.

And while the Cleveland Indians played valiantly, no victory can do much to roll back the unemployment, crime, and decay that have shrunk their city to about a third of what it was when it last won the World Series in 1948.

But a lot of people, including me, still put a lot of blood, toil, tears and sweat into baseball.

A great team can lift up a city. People who ordinarily pass each other every day tip the baseball caps that seem to sprout on so many heads. We trade smiles the morning after a win, and words of hope after a loss. In great cities so divided by race, class, and rivalries, championship teams can make everyone feel inspired, and walk a little lighter.

In the autumn of 2016, when many Americans say they are discouraged by politics, a World Series between two teams from the heart of America that had gone the longest without winning gave the country a few days of grace and light. Either the Cubs or Indians could have won, until almost the last seconds of the last game. Each team, and their fans, seemed to genuinely respect each other.

Each team got ahead, made mistakes, and fell back.

The Cubs were down in the series, 3 games to 1. The Indians were down in the last game, 6 to 3. And then each team found new strength and ingenuity to come back. Millions in the historically large television audience were charmed to hear the young Cub first baseman, Anthony Rizzo, seek out the veteran catcher, David Ross, to say, "I'm in a glass case of emotion right now."

As Cleveland's manager, Terry Francona, said, "Everyone tried until there was nothing left."

I know baseball is not real life. But it's an art that can capture our hearts. Children all over America stayed up late to watch the Cubs and the Indians. They saw that great talents still make mistakes and fail; the true test in life is learning how to get up from the floor and come back — to try until there's nothing left. This year's World Series was a great show, just when we needed one.