Accessibility links
Fears Of Cyber Warfare Loom Over State Election Officials Nearly all 50 states have asked for federal assistance in protecting their voting systems and Ohio has asked the National Guard for help. 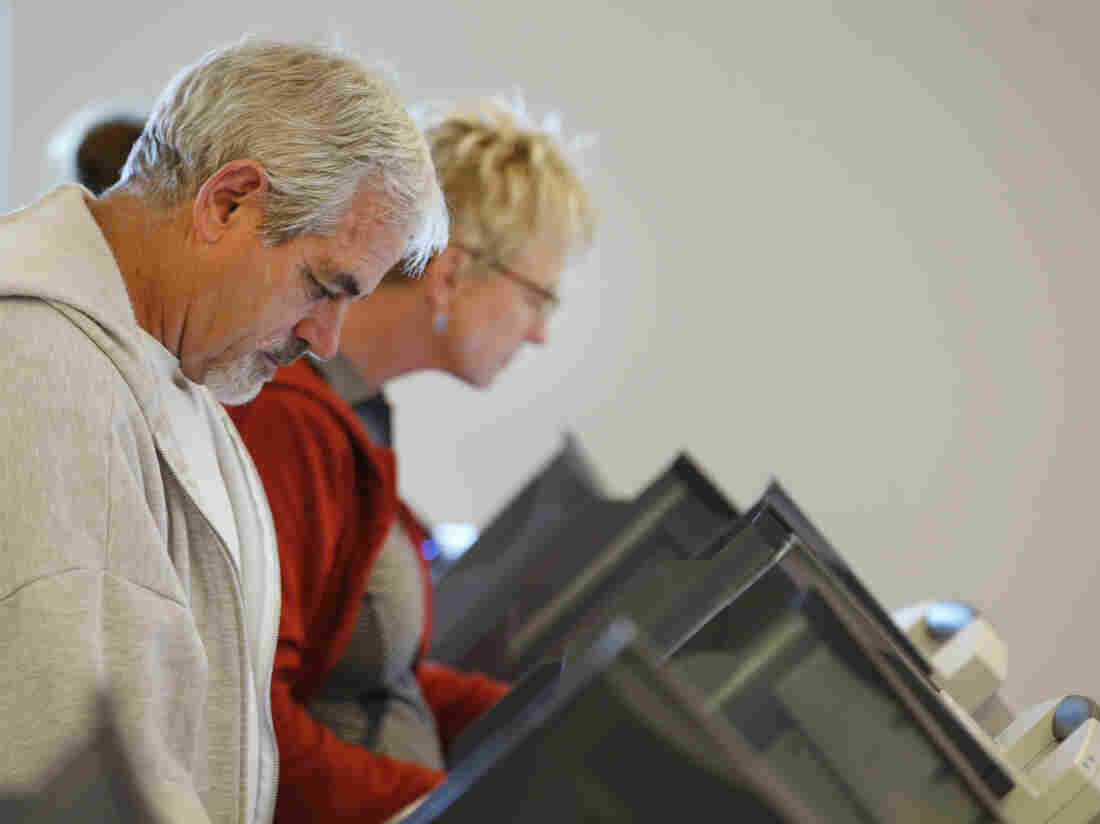 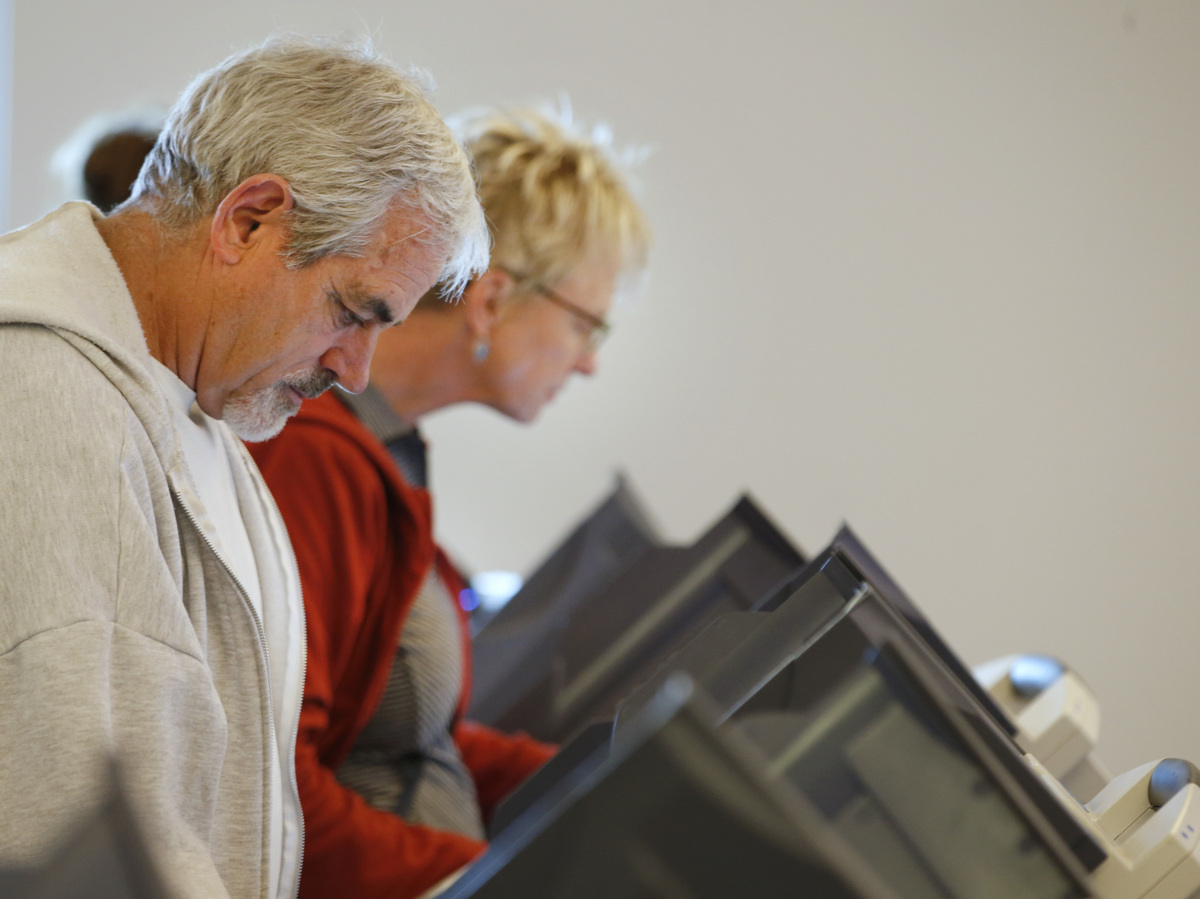 People cast their ballots on electronic voting machines at the Provo Recreation Center on Oct. 25, the first day of early voting in Provo, Utah.

Concerns about the possible hacking of voting systems on Election Day are growing. 46 states have asked the U.S. Department of Homeland Security to help make sure their systems are protected from disruptions on Tuesday. And some states, like Ohio, are taking steps on their own.

Ohio Secretary of State Jon Husted, a Republican, says his state worked with "all available public and private cyber security experts" to test Ohio's voting systems, including a newly-created cybersecurity unit at the state's National Guard.

Husted says the guard unit was invited to come in and test the system for vulnerabilities. "Where they found them, then we were able to fix them, shore them up, to make sure that things were as secure as they could be heading into the general election."

Husted wont say what the tests found. But he stresses none of Ohio's voting machines are connected to the Internet, and that nothing related "to the casting or counting of votes is subject to a cybersecurity attack." However, he says there are a number of support systems subject to hacking and "that's what we wanted to make sure was secure."

Those support systems include the secretary of state's website, where Ohio's vote will be reported, as well as voter registration rolls. And while some states have had their registration lists hacked, Husted said Ohio's were not and that the state's lists closed 30 days before Election Day.

The federal Department of Homeland Security has offered to run "cyber hygiene" scans on systems connected to the Internet, along with risk and vulnerability assessments. It also has a cyber incident response center, where state and local elections officials are encouraged to report incidents of suspected hacking.

James Lewis, vice president of the Center for Strategic and International Studies, like other cyber experts, singles out Russia as a likely perpetrator behind such efforts and says the goal is "not to tilt the election," but to create uncertainty and doubt.

Their task has been made easier, he says, by warnings by some in the U.S. about fake ID's and "patriots who are going to stand at polling places" to make sure drug traffickers "don't sneak in extra voters."

Lewis says these warnings play into Russia's hands. Russian President Vladimir Putin, Lewis says, "has already said 'look at their election, could anyone call them honest?'"

Lewis warns people can probably expect "something unusual" on Election Day or the day before. Although in this election season, what was once unusual has become the norm.