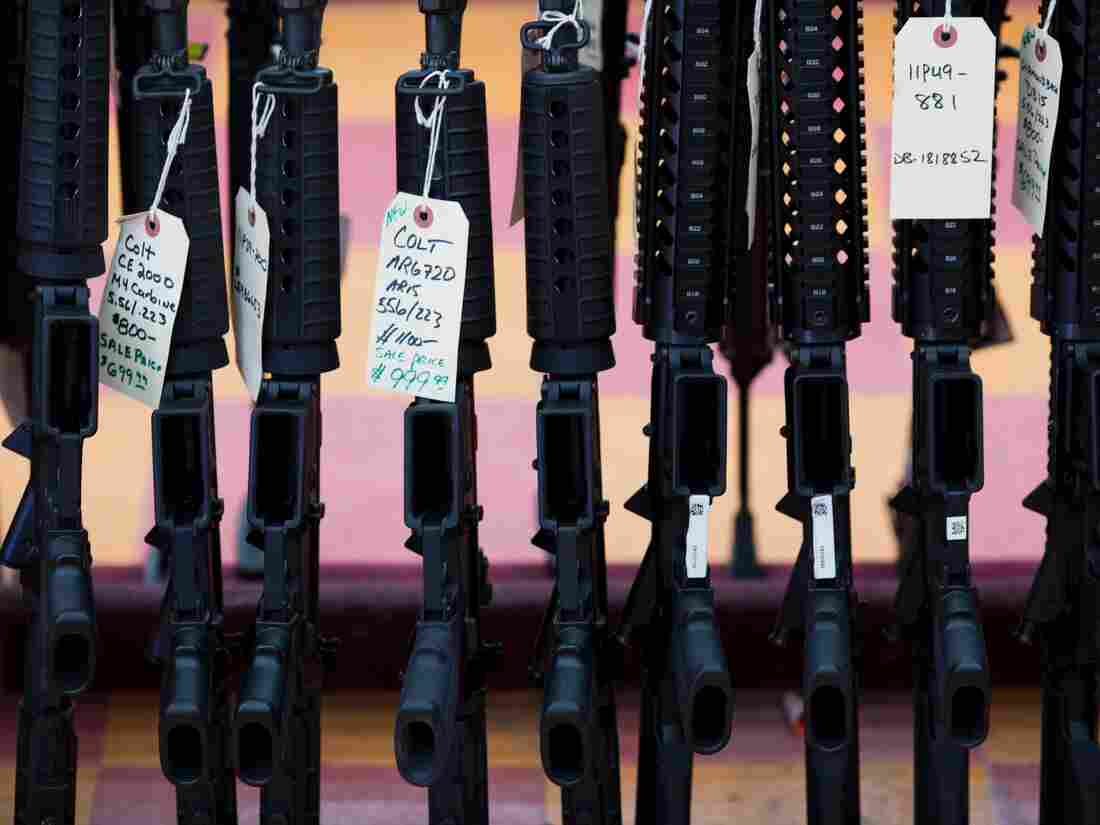 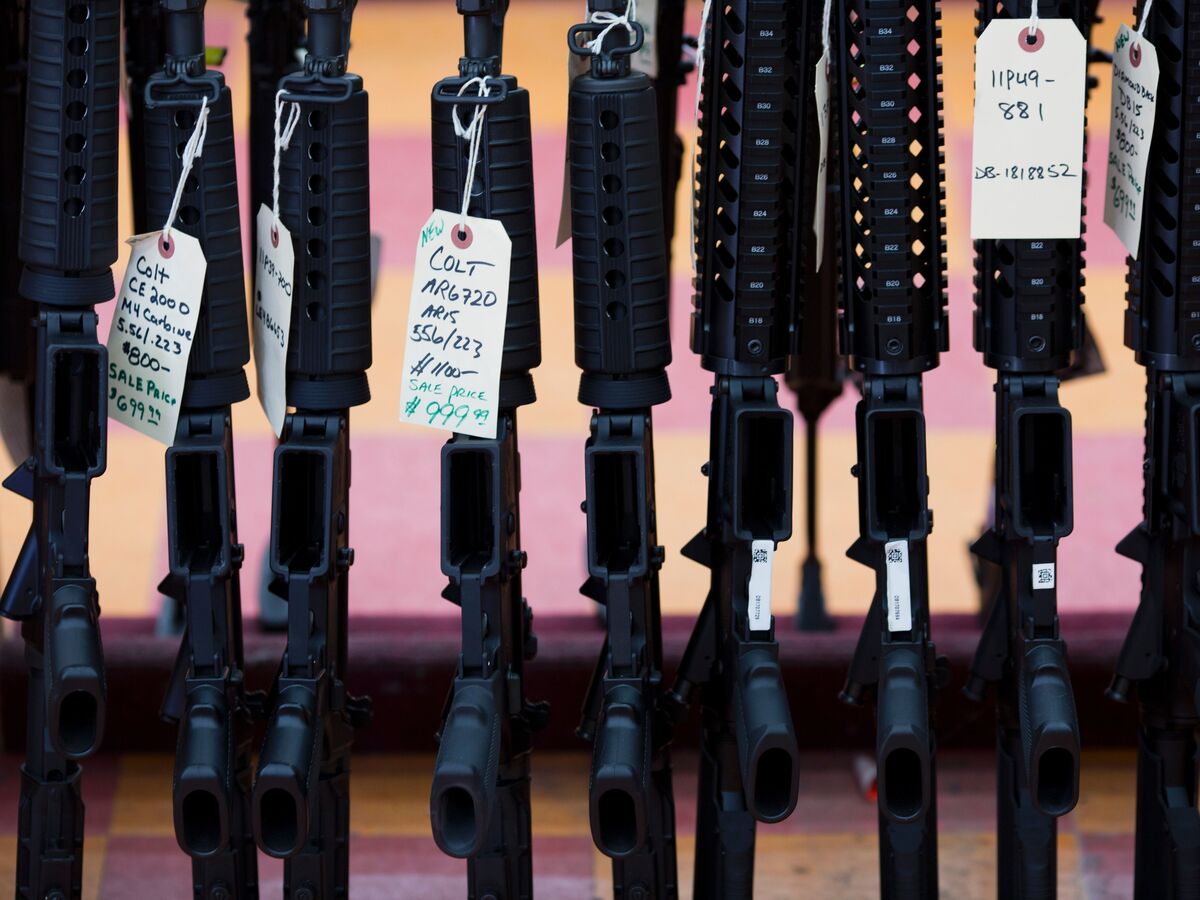 David Strickroth does steady business at High Impact Tactical Firearms in Upland, Calif. It's a small shop, as gun shops go, with several dozen firearms hanging on the olive green walls and sitting in a glass display case below. He typically sells one or two guns a day.

Recently, though, things have picked up: "Now I'm selling six or seven a day," Strickroth says.

The reason? Strickroth uses the word "panic," but describes it more as angst that gun owners and would-be owners are feeling over the rhetoric of the presidential election, the prospect of a Hillary Clinton presidency and the potential for more regulation in California — a state that already has some of the strictest gun laws in the country.

"Doesn't matter what side somebody's on," Strickroth says. "It's just that what's said [during the election] generates an angst in people that makes folks either feel 'I've got to get rid of this' or 'I've got to go get me one.' "

That angst is not just limited to the Golden State, though.

Gun shops around the country are seeing record sales. Others are offering pre-election sales. Major gun manufacturers Smith & Wesson and Sturm, Ruger & Co. are reporting huge jumps in earnings. In its earnings report, Sturm, Ruger & Co. wrote that the "stronger-than-normal industry demand during the summer [was] likely bolstered by the political campaigns for the November elections."

As large as the recent surge in gun sales is, the trend is not new. Gun and ammunition sales jumped sharply after both of the last presidential elections, fueled by fears that an Obama presidency would lead to restricted access to firearms. Sales have also jumped following mass shootings and moments when gun control rises to the top of the national conversation.

October marked the 18th month in a row that the number of FBI background checks set a monthly record, putting 2016 on track to shatter the previous annual record.

Sales and angst have ramped up in recent weeks as the election grows closer.

The National Rifle Association has spent more than $26 million on advertising promoting Republican nominee Donald Trump and warning against Clinton, according to The Wall Street Journal. Most of those ads have been directed at swaying voters' opinions in battleground states like North Carolina, Nevada and Ohio. One of the more recent ads shows a woman reaching for a gun case during a break-in, only to have it disappear.

"Hillary Clinton could take away her right to self-defense," a voice in the ad says. "And with Supreme Court justices, Hillary can. Don't let Hillary leave you protected with nothing but a phone."

Clinton, for her part, has denied those accusations repeatedly on the campaign trail.

Her campaign has promised to expand background checks for gun sales; to keep guns from the hands of violent criminals, domestic abusers and the severely mentally ill; and to oppose the gun lobby. She has also promised to address gun deaths. But Clinton has refuted claims that she would do away with the Second Amendment.

"I respect the Second Amendment," Clinton said in the last presidential debate. "I also believe there's an individual right to bear arms. That is not in conflict with reasonable, common-sense regulation."

Strickroth, the California gun store owner, says that many people are not convinced. He hears from gun owners and enthusiasts who are afraid that they'll lose their right to own certain types of firearms if Clinton becomes president.

Personally, he doesn't believe that will happen. Strickroth is no fan of Clinton and won't be voting for her on Tuesday, but he says that any restrictions on people's Second Amendment rights will "eventually [get] to the court and the court will say, 'No, you can't do that,' " he says.

He references the uproar and fear that followed the 1968 Gun Control Act and the last two presidential elections and gestures around his gun shop. "I'm still here," he says.