Accessibility links
The Art Of The Vote: Who Designs The Ballots We Cast? Beyond party affiliation, beyond opinions on candidates, there's another factor that influences our vote: the very ballot on which it's cast. Here's a glimpse at how that ballot gets designed. 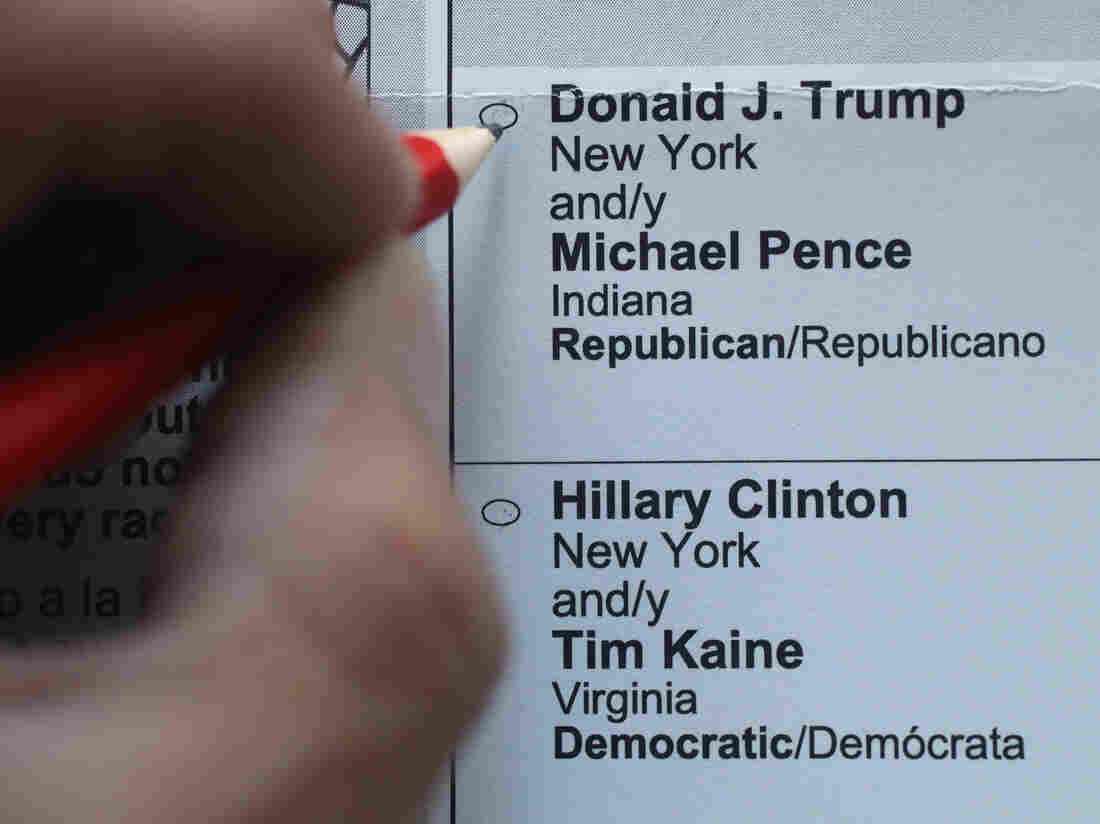 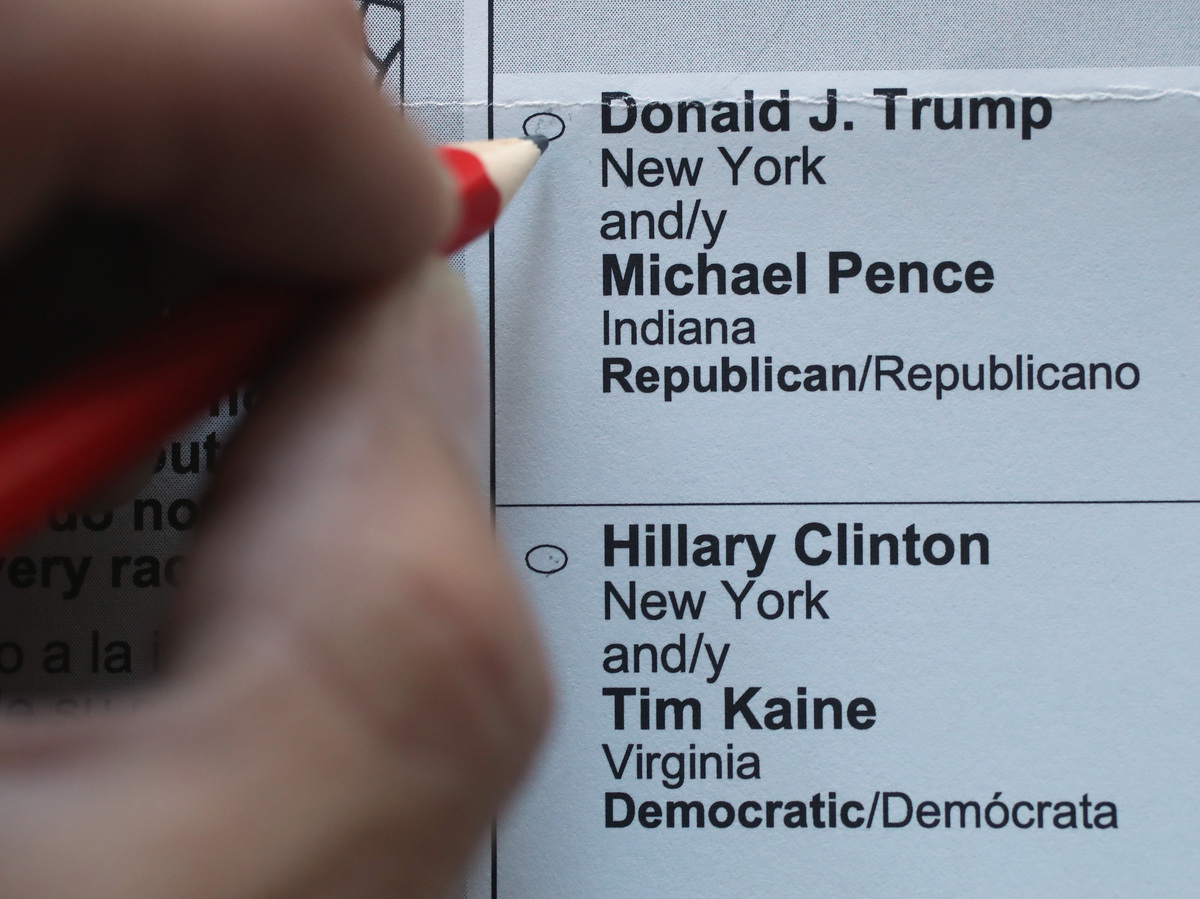 An American expat in Germany marks the Maryland ballot for the 2016 U.S. presidential election.

When a voter heads to the polls, any number of factors may influence how she casts her vote: party affiliation, her impression of the candidates — or even the design of the ballot itself.

The visual layout of a ballot can have a surprising effect on a voter's decision. And anyone who recalls the 2000 presidential election, which drew national attention to some confusing elements of the Florida ballot, can tell you that designers don't always get it right.

So, who are the people designing the ballots? That depends on where you're asking.

"There is no federal ballot design authority," Dana Chisnell tells NPR's Rachel Martin. Chisnell is co-director of the Center for Civic Design, a nonprofit aimed at developing best practices for election materials.

She breaks down those beguiling Florida ballots, the standards for ballot design — and why Florida's ballots don't really deserve a bad reputation this time around.

On the lessons learned from Florida in 2000

So, for example, in Palm Beach County the decision was to increase the type size. This was very specifically to help people who are older; older readers always want bigger type. But this caused the layout to push the names of the candidates across two facing pages, which meant that those markers interlaced, and it was very hard for some people to tell which hole to punch for which candidate or which set of candidates. 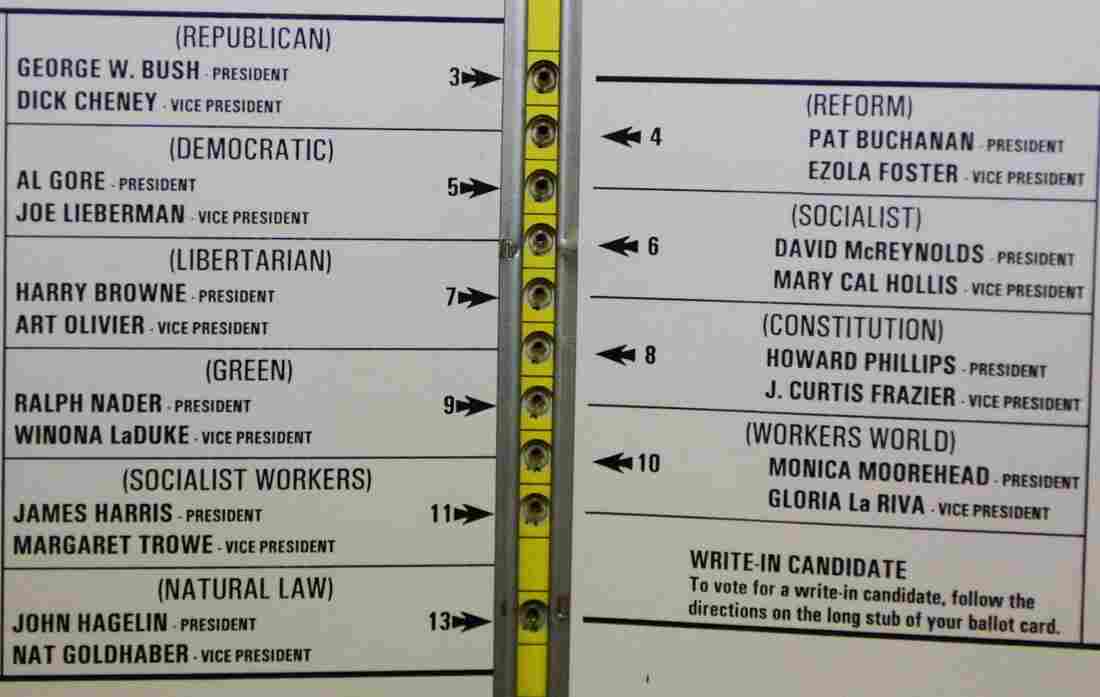 The ballot used in the 2000 presidential election in Palm Beach County, Fla. The ballot design left some voters concerned that they may have accidentally voted for Reform Party candidate Pat Buchanan instead of Democratic presidential candidate Al Gore. Gary I. Rothstein/AP hide caption

This is a great idea. It was awesome public administration to try to address the needs of voters in those places but without testing the design to be sure it actually works, so people could vote the way they intended. It was not the optimal outcome for all of the voters.

So what we recommend is when you have a change that you create a design that looks like it's the one that you're going to be using in the upcoming election and observe people interacting with it directly. And talk with them to understand what's frustrating, what questions they have, and use that data to improve the ballot design.

On the prospect of federal standards for ballot design 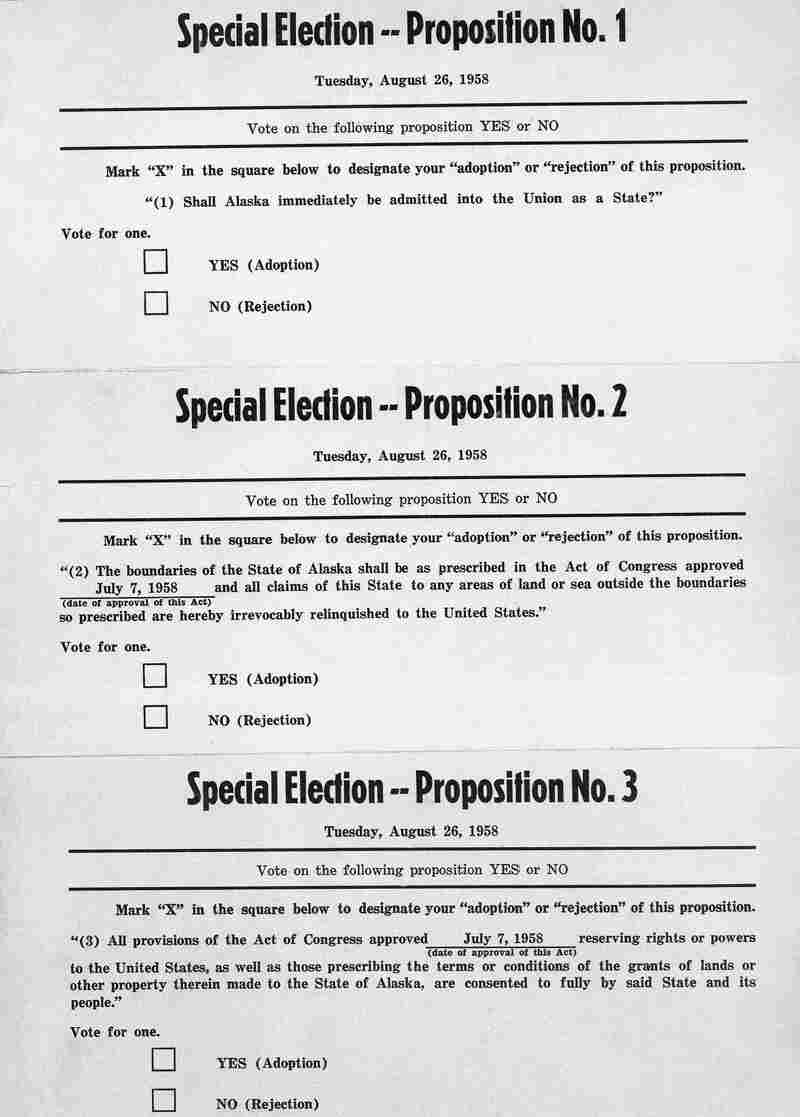 Of course, ballot design has been a matter of focus since even before we had all 50 states as we know them today. Here is a 1958 ballot on the question of whether to make Alaska the 49th state. Anonymous/AP hide caption

But a sort of de facto standard has emerged over the last 10 years, because of some design work that was sponsored by the Election Assistance Commission. And that sort of de facto standard has been heavily tested, heavily exercised, and so, if jurisdictions follow those guidelines, most voters are going to have a pretty good experience. It is more likely that they're going to vote the way they intend.

On some states that are doing ballot design well

Even Florida, which has its issues here and there, is no longer the poster child for — well, there are are pockets of issues, but generally Florida is doing better. So across the country, voters generally should have an even better experience interacting directly with their ballots than they've ever had before.

A previous version of this story identified Dana Chisnell as Dana Chinell.