Accessibility links
'The Mountain Of Kept Memory' Is A World To Get Lost In Rachel Neumeier's novel is classic high fantasy: A prince and princess must work together to save their kingdom. It's not new territory, but it is a richly imagined world worth spending time in. 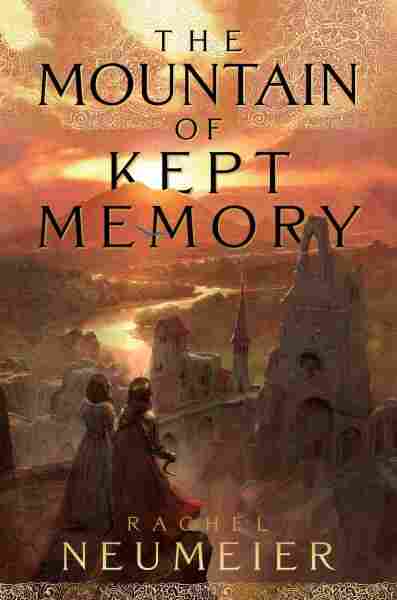 The Mountain of Kept Memory

We live in an exciting era where the genre of fantasy is being restlessly reinvented by a fresh wave of innovative, trailblazing authors. But someone forget to tell Rachel Neumeier that. Her latest standalone novel, The Mountain of Kept Memory, chugs along with blissful conventionality, as if the last couple decades of evolution in fantasy never happened. The key word here, though, is blissful.

Oressa and her older brother Gulien are the princess and prince of Carastind, a kingdom in the midst of turmoil. A rival realm, Tamarist, is exerting its influence over their homeland in a way that borders on outright invasion. The siblings — she's clever and headstrong; he's thoughtful and protective — fret over the possibility of forced marriages for the sake of peace-keeping expedience. When the political situation begins to boil over, Gulien undertakes a quest to speak to the Kieba, a cryptic, godlike figure who lives in the heart of the only mountain in the otherwise flat land of Carastind. Meanwhile Oressa takes a path that leads to the gathering storm of a military campaign, where she realizes she's far more than just a cloistered princess.

At first, it's hard not to view Carastind's geography as an unintentional symbol for the book itself. It gets off to a pretty featureless start. Mountain doesn't overhaul, deconstruct, or even noticeably shake up the well-worn tropes of high fantasy — not counting a thread of science fiction that Neumeier beautifully, subtly weaves into her swords-and-magic milieu.

'The Mountain of Kept Memory' chugs along with blissful conventionality, as if the last couple decades of evolution in fantasy never happened. The key word here, though, is blissful.

But as Oressa and Gulien, estranged from their father and drawn deeper into the secrets of the Kieba, struggle to save their kingdom, the book takes off. The slow pace and all-too familiar terrain gives way to a richly built world. Neumeier packs her setting with luscious detail, from the dye industry that feeds the economy all the way up to the dead gods whose vestigial power still holds sway. Carastind has been beset for centuries by a host of supernatural plagues, and that tragic backdrop lends the story a poignant gravity — and it ties into the enigma of a trauma-stricken world that's forgotten much of its past.

The relationship between Oressa and Gulien is even more compelling. It's a familiar formula, but for a reason — it works. There's plenty of emotional depth as well as lighthearted repartee between them, and it's underpinned by a broader, if equally familiar theme: The power of the gods can be a double-edged blade. Neumeier knows how to spin myths and archetypes, and Mountain oozes them. Aristocracies vie for influence. Artifacts are keys to hidden power. Magic is a real yet mysterious force. It's nothing that veteran fantasy authors like Guy Gavriel Kay, Raymond Feist, and Patricia McKillip haven't done a million times before. Then again, that's strong company to be in.

To be fair, Neimeier is far from the only author today writing resolutely traditional fantasy. And there's nothing inherently wrong with doing so, especially when it's done with as much attention and love for the genre as she clearly has — and when the current, serious climate of fantasy calls for some relative lightness here and there. Her world is intricate and immersive, and her characters feel like home. It's okay that the pace isn't exactly pulse-pounding, although Mountain does have its gripping moments of action, suspense, and shattering revelation. This isn't the kind of story to race through. It's one to linger over, and a world to get lost in.