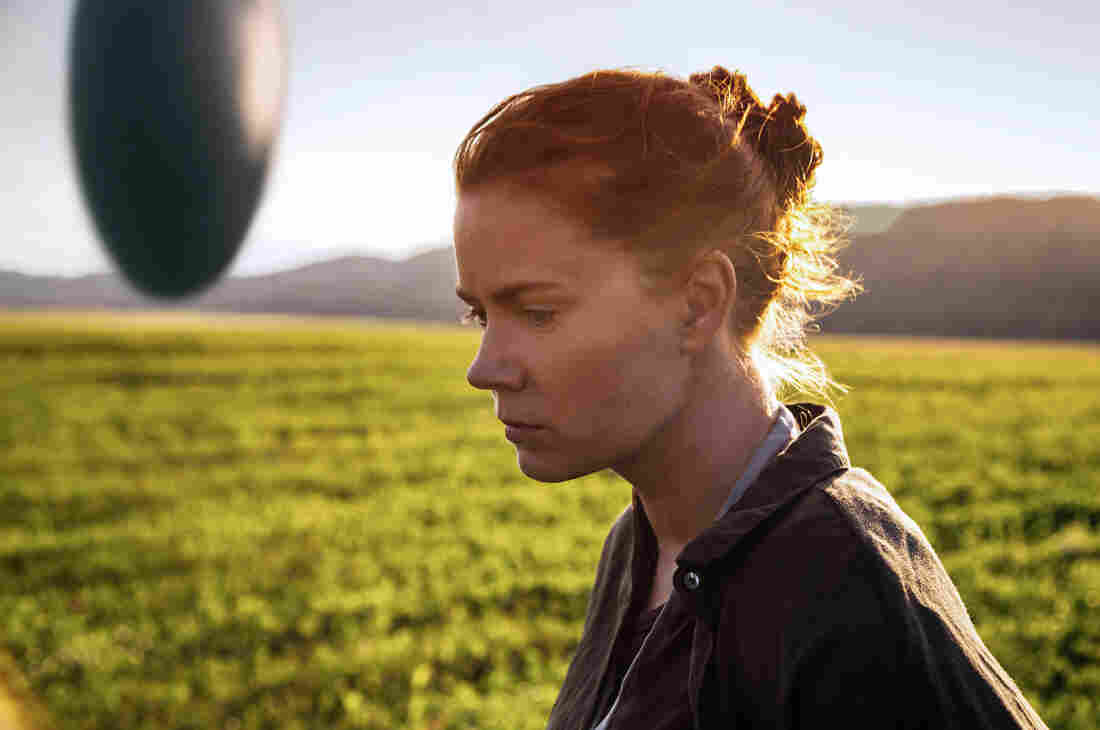 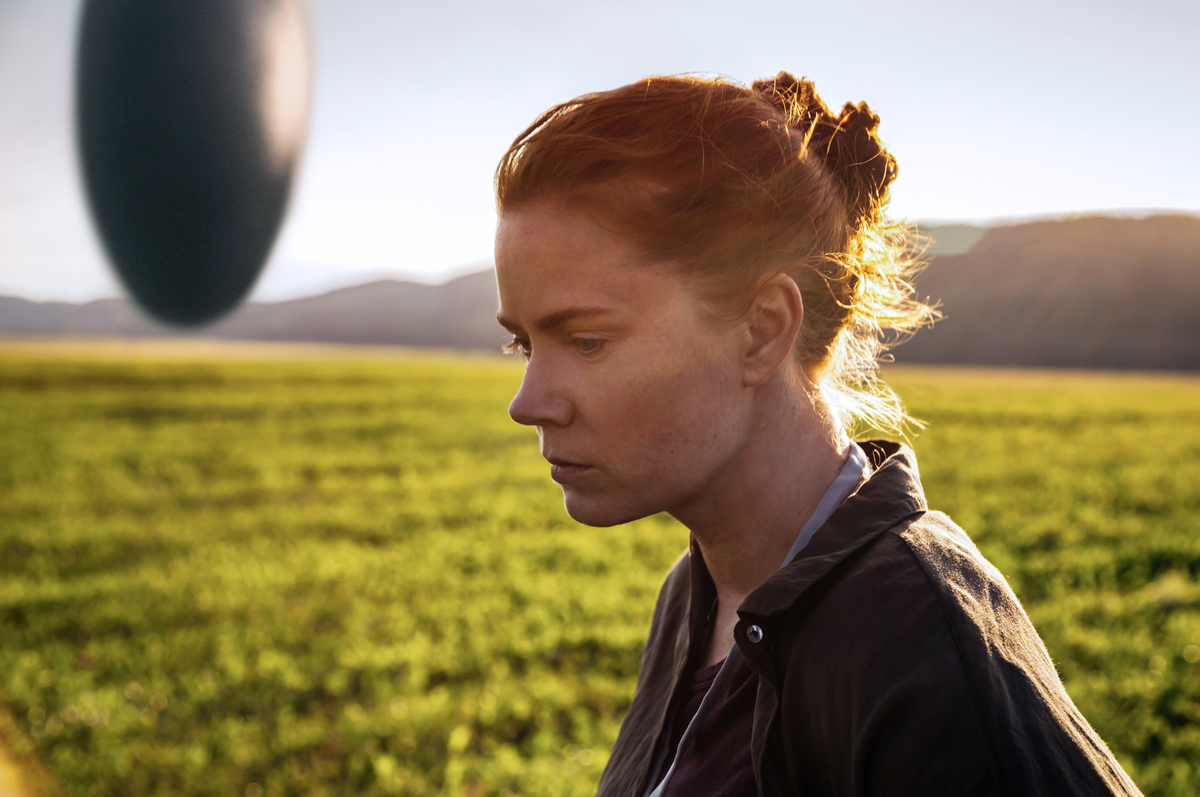 Close encounters get a whole lot closer with Arrival, a furiously intelligent sci-fi film descending into cinemas from somewhere far, far beyond our current realm of understanding. Its premise instantly solves one of the hardest things to swallow about the traditional movie alien: the fact that it usually acts so much like an Earth-bound creature. After all, it's hard to conceive of extraterrestrial life if we have, well, no concept of it.

This first contact starts in the familiar way: The aliens pull up in style in their 12 giant, sleek, oblong spacecrafts, looking like 2.0 versions of the monolith from 2001: A Space Odyssey. But while they float just above the Earth's surface at seemingly random intervals, for once we can't tell if they want peace or war. We can't even tell what they're saying. And when it's time to send in reinforcements, we don't turn (immediately) to the tanks: we call up a linguist to put her knowledge to the test. Her weapon isn't a gun but a whiteboard. Carl Sagan would be proud.

The educator who can save the world is Dr. Louise Banks, played by Amy Adams with equal parts steadfastness and vulnerability. Owing to some past Farsi translations, Louise is the first name on the military's list once the aliens land. And it must be a short list: Once the official who courts her (Forest Whitaker, sporting what appears to be a rough New England accent) flies her to the Montana farmland where the lone America-based spaceship is idling, we're off to the races. In rapid succession, we come to understand that the U.S. is attempting to work alongside adversarial militaries from China, Russia, and elsewhere; that our only contact opportunity with the mysterious leggy insectoids comes when a hole opens up in their spacecraft once every 18 hours; and that no one has yet made any progress on deciphering their spoken language, which sounds like a rusty oil tanker swaying in the wind.

So it's time to move onto written language, and the most thrilling elements of the film are the geekiest ones: when Louise gets to explain what she's trying to teach the aliens and why. To broach the essential topic ("What is your purpose on Earth?") she needs to make sure they can understand and communicate concepts like pronouns, questions, and locations. She has to decipher their own chicken scratch, which is a cross between a Rorschach blob and a coffee ring. And she has to make all necessary progress before the Chinese get too antsy and declare war on the foreign entities. Along for the ride is a physicist (Jeremy Renner) who gently ribs Louise about the building blocks of the society they are now fighting to preserve: "Language isn't the backbone of civilization," he tells her. "Science is." Or maybe, to an outsider's eyes, they're one and the same.

Arrival is directed by Denis Villeneuve, the Quebecois filmmaker who has fast become North America's most reliable helmer of smart, adult thrillers. Most people familiar with his work will cite the dark themes and twisty plotting of his last four films: Incendies, Enemy, Prisoners, and Sicario. They delved into crimes, wars, and the seedy underbelly of humanity, always with a wicked closed-loop logic that delivered satisfying payoffs to every tee-up.

Likewise, Arrival (whose script is by Eric Heisserer, from a short story by Ted Chiang) does feature some killer twists that will send theaters buzzing at the end credits. There's also a break in temporal logic that brings to mind, of all things, Bill and Ted's Excellent Adventure. But that's not where the film's true pleasure lies. Villeneuve is secretly skilled in the ways of the set-up: He likes to studiously record every step his heroes make as they approach the unknown, be it a young woman crossing a bridge into the warzone of her former home in Incendies or a heavily armed DEA caravan growling through Juarez in Sicario. There's a great sequence to that end here, too, as Adams and Renner are introduced to the spacecraft (which is very, very black, a screen-filling hue) via a rickety chairlift that leads to a slick antigravity tunnel.

Such a literal jump from the present to the future, from the Earth to the skies, is bolstered by cinematographer Bradford Young's radical lighting choices: He often leaves only the characters' faces, shielded by helmets or not, visible in a sea of black. Separated from the aliens by a blindingly white glass enclosure, the military brings along a canary to test the spaceship's atmosphere, as though entering a coalmine. The bird's erratic chirps punctuate composer Jóhann Jóhannsson's industrial, menacing soundtrack to spectacularly eerie effect.

We can glean much about our modern relationship to the stars by looking at the sci-fi films that have been released since the Space Shuttle's retirement. In 2013's Gravity, outer space was a menace to overcome; in 2014's Interstellar, it was the only solution to a failed Earth existence; and in 2015's The Martian, it was the fertile soil in which to plant American ingenuity. But all those films thrust their heroes into the great beyond and asked them to find their way back, and we as a culture now seem ill-equipped to go out there.

So Arrival, like the Spielberg classic it aspires to, brings the beyond to us. In doing so, it asks a challenging, prescient question: Are we ready to teach, and ready to learn?