In 'Lazy Eye,' A Romance With An Old Flame, Rekindled

In 'Lazy Eye,' A Romance With An Old Flame, Rekindled 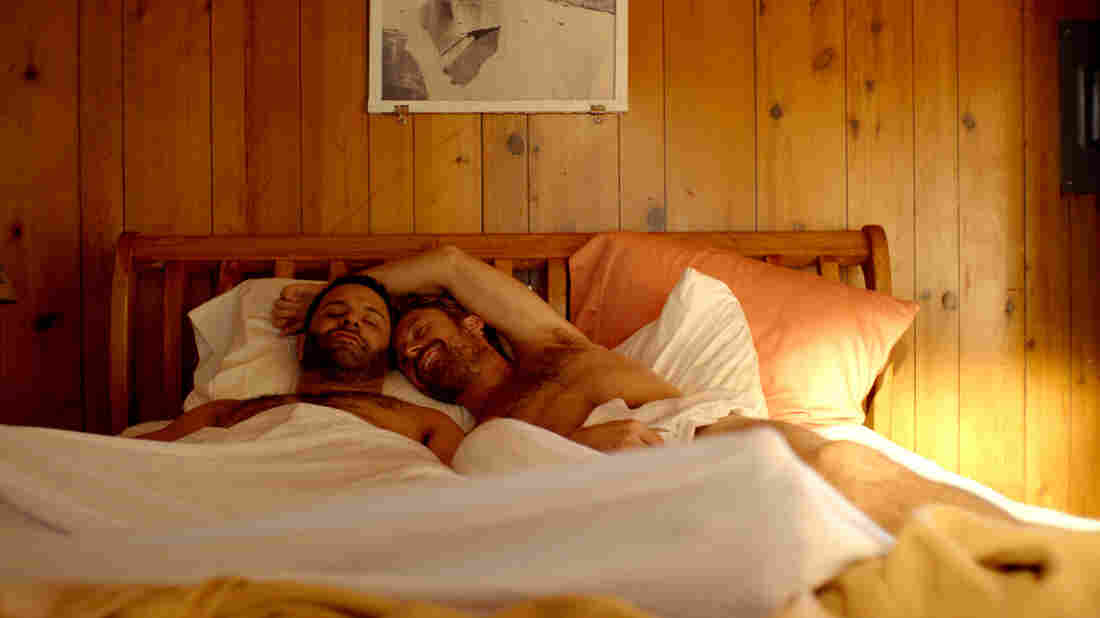 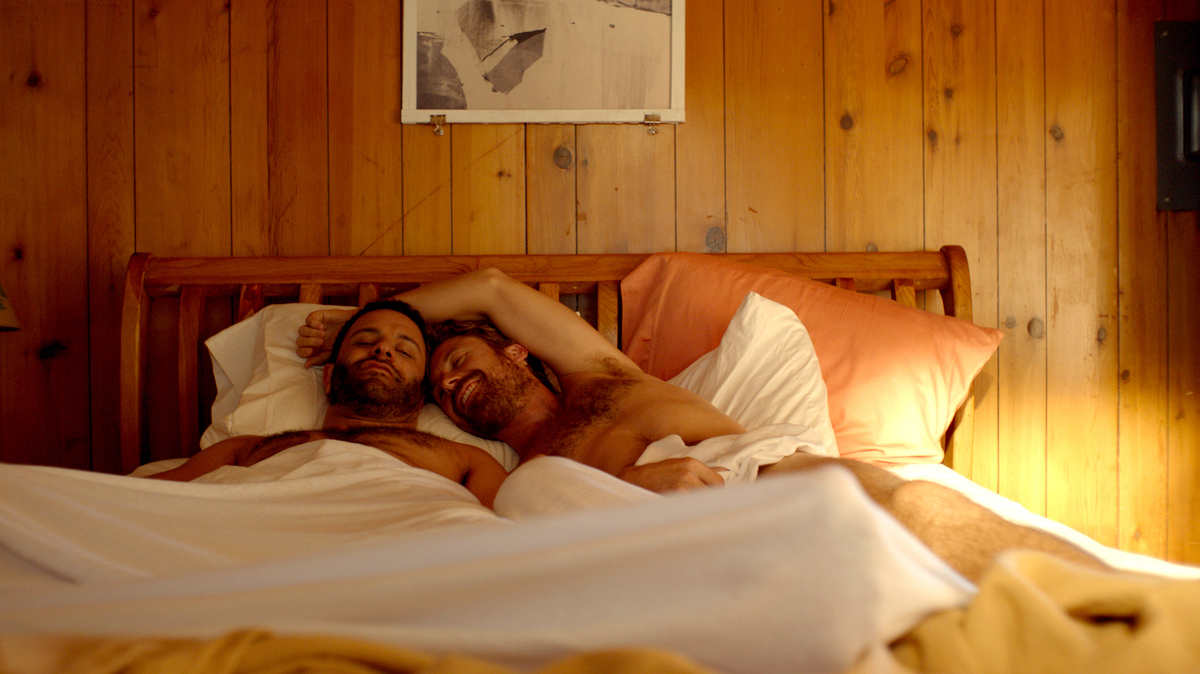 Lazy Eye, writer/director Tim Kirkman's unhurried two-hander romantic drama, opens with Dean, a Los Angeles graphic designer played by Lucas Near-Verbrugge, being prescribed trifocals. "It's perfectly normal for vision to change in middle age," his optometrist assures him. But Dean's eyes remain expressive enough to register his alarm at the phrase middle age. When he gets an out-of-the-blue e-mail two scenes later from Alex (Aaron Costa Ganis), an ex- who left him without explanation 15 years ago, Dean's first impulse is to tell him to get lost. Instead, Dean invites Alex to meet him at his vacation home in Joshua Tree, where he sucks in his gut and tries on different shirts while waiting for the square-jawed Wall Street type who ghosted on him all those years ago to rematerialize.

So 73 of Lazy Eye's 91 minutes are spent like the final third of the contemporaneous (and miraculous) Moonlight: Two dudes who loved and hurt one another years ago circle each other warily, trying to decide if the spark — clearly still present — is worth consummating. But Lazy Eye's dudes are prosperous and have graduate degrees and are more given to chit-chat. Their free-flowing conversations about Harold and Maude, whether valuing stability equals selling out, the pluses and minuses of abjuring social media, and the problem of fidelity recall Richard Linklater's Before trilogy. Of course, that all starts after Dean and Alex fall into bed within seconds of their reunion. Lazy Eye is less a will-they-or-won't-they than a will-it-stick-this-time-and-why-didn't-it-before. Mostly, it's an an are-we-the-same-people-we-were-then.

That's a tougher needle to thread than a conventional romance — this is more like a sequel to a conventional romance — and Kirkman threads it, if only just. Concentrating the film in Alex's enviable desert getaway deepens the sense this wouldn't be much different as a stage production, even though Kirkman filmed on location in Joshua Tree and Yucca Valley. The film had room to use the landscape to try reflect something of its characters' inner states, but Kirkman doesn't do that. He does borrow the famous looking-up-from-the-bottom-of-the-pool shot from Sunset Boulevard — only instead of the corpse of William Holden floating on the surface, it's a dead mouse, one Dean fumbles with a net to remove. "I can't believe this," he mutters. Hey, we've all got problems.

The picture might've been stronger, if a few minutes shy of feature-length, minus the flashbacks recounting the pair's first meeting and early days together in New York City. (Verbrugge and Ganis, both sporting immaculate beards in the present day, are clean-shaven in the flashbacks.) These would have a purpose if they revealed anything that Lucas and Alex's memories omitted, or that they had silently agreed not to discuss. But they only reenact the past exactly as Dean and Alex told us it occurred. They're also home to the film's dopiest dialogue, including a bizarrely protracted plug for, er, National Public Radio. "It's time for Morning Edition!" Dean says. "NPR? What's that?" Alex asks.

Earlier in the film, Dean writes Alex, "I'm flattered to be associated with National Public Radio, though since moving to L.A. I hardly ever listen any more."

Don't take it too personally, KCRW.