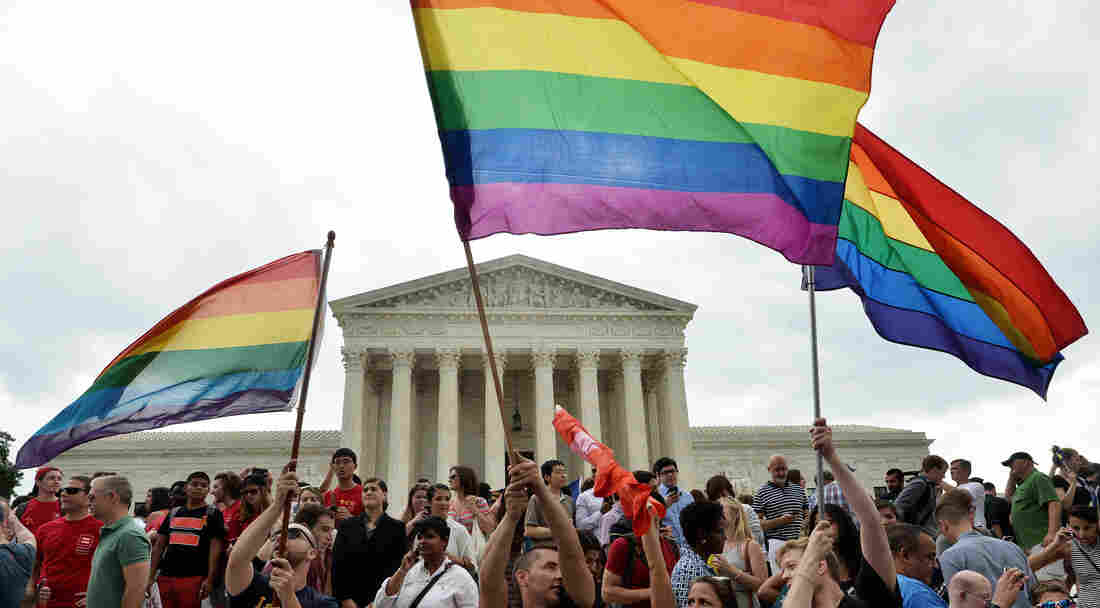 People celebrate outside the Supreme Court in Washington on June 26, 2015, after its historic decision on gay marriage. Mladen Antonov/AFP/Getty Images hide caption 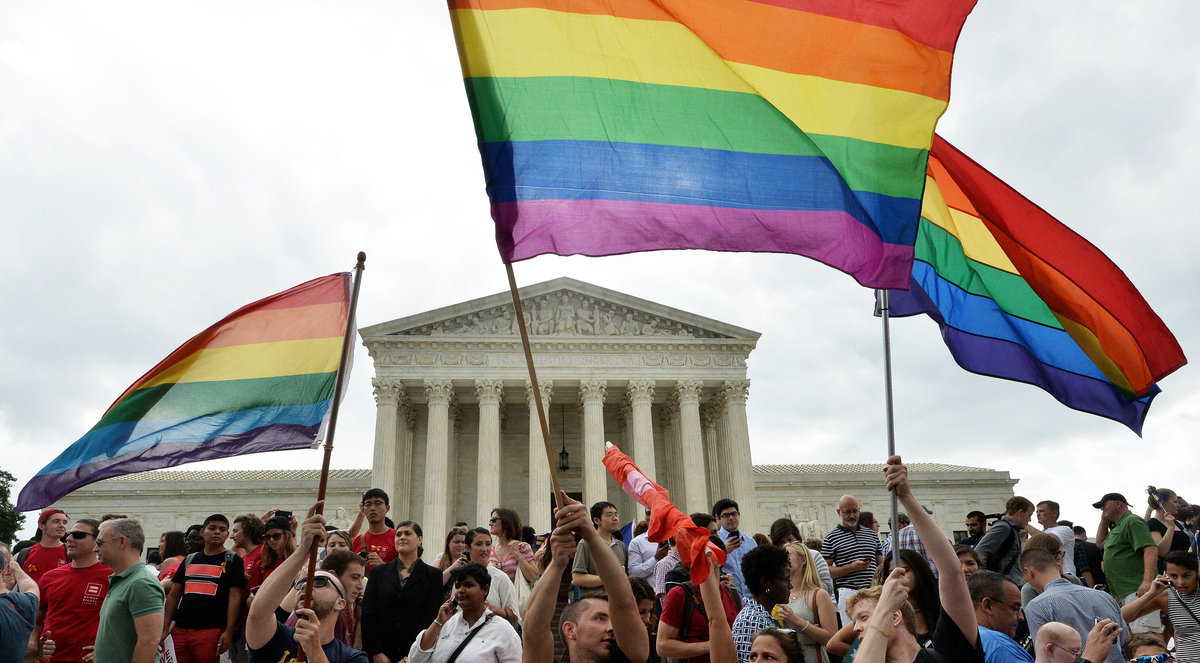 People celebrate outside the Supreme Court in Washington on June 26, 2015, after its historic decision on gay marriage.

The election of Donald Trump has sent shock waves through civil rights organizations, including among LGBT activists. They say they fear a rollback in the progress their movement made during the Obama administration. Meanwhile, opponents of gay and lesbian rights also see a shift coming with the Trump administration.

For the past several years, conservatives in the culture wars — those who have felt that their views on same-sex marriage, for example, were under attack — now say they have something to cheer about.

"I can tell you I'm pretty hopeful, and I'm hopeful based on what Donald Trump has said over the last year," says Kerri Kupec, legal communications director for the Alliance Defending Freedom. "In September 2015, he said that his first priority if elected president ... would be to preserve and protect our religious liberty."

Kupec says religious liberty will be tested in a case to be heard next week before the Washington State Supreme Court. A floral designer is accused of discriminating against a gay customer after declining to do the flower arrangements for his wedding.

What does this have to do with Trump's election? Kupec says the case could wind up before the U.S. Supreme Court, to which she expects President-elect Trump will appoint justices who will be sympathetic to claims of religious liberty.

2016 Has Been A Mixed Bag For LGBT Politics

That's a term LGBT activists say is just code language for discrimination against them.

Tiven says she sees the election as a repudiation of progress, and not just in same-sex marriage. Trump has promised he will rescind all of Obama's executive orders, including protections for gays and lesbians working for federal contractors.

"He has promised to appoint people to executive branch agencies, and within the White House and the Justice Department, who are hostile to LGBT people," says Tiven.

Tiven's anxiety about the future is already evident at the grassroots. There are reports of transgender crisis hotlines buzzing with calls from people fearful of the election results.

A spokesman for the Human Rights Campaign, Jay Brown, says a top search question on his group's website is "should I hurry and get married?"

"People are wondering if they're going to be able to be open in their workplace and when they're serving our country ... in their homes and in their communities," says Brown. "They're wondering how safe they'll be."

Trump himself sought to reassure LGBT voters even before the election. In his convention speech last summer, he condemned the massacre committed at an Orlando nightclub by a shooter who had sworn allegiance to ISIS.

"I will do everything in my power to protect our LGBTQ citizens from the violence and oppression of a hateful foreign ideology," Trump said.

"If Republicans in the White House or in Congress want to protect LGBT people, they should pass anti-discrimination law," said Tiven — though she does not believe a Trump administration will do that.