Accessibility links
'Arrival' Author's Approach To Science Fiction? Slow, Steady And Successful The new film is based on a short story by Ted Chiang — a 49-year-old technical writer based in Seattle. "Fiction writing is very hard for me," he explains — and so Chiang takes his time. 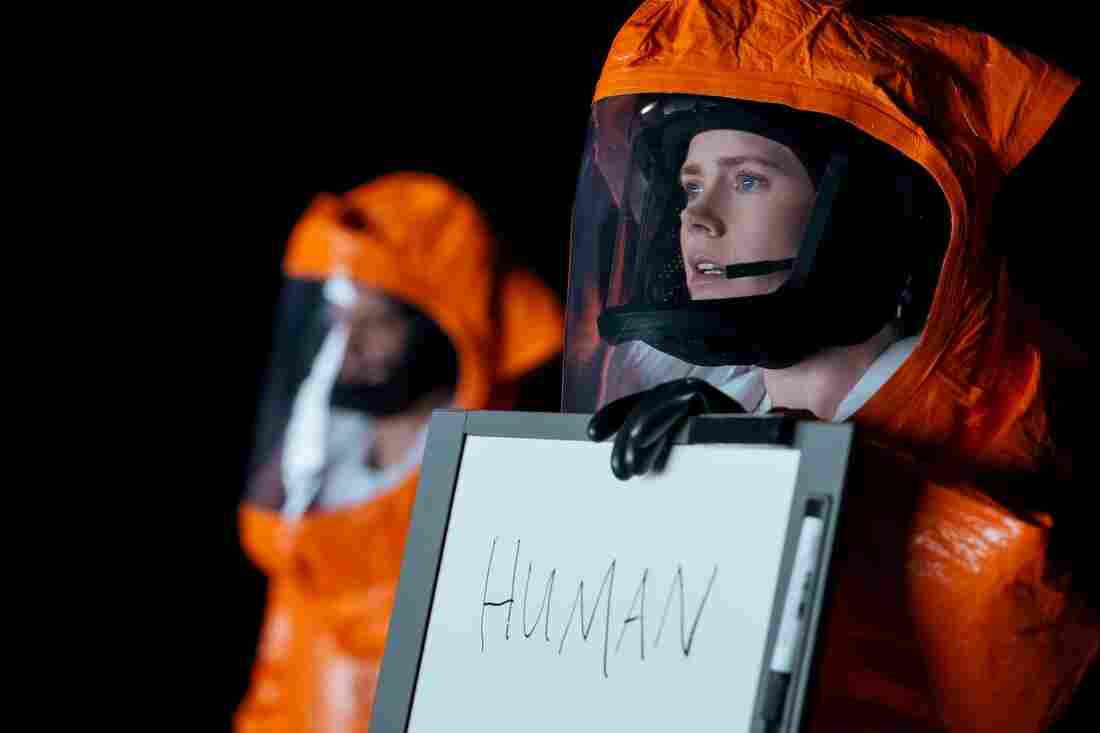 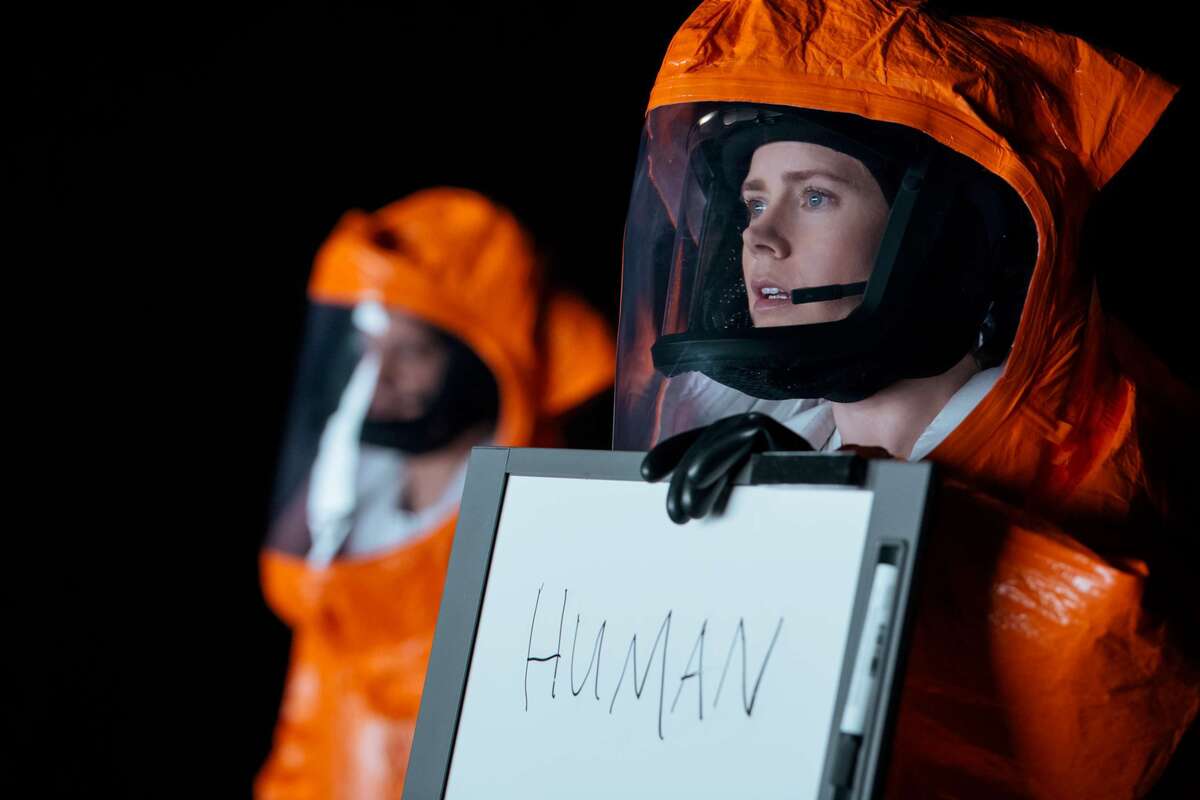 "I'll never be able to speak their words!"

That cry of frustration comes from linguistics professor Louise Banks in the new movie Arrival. Banks, played by Amy Adams, is confronted with a hard jolt of reality in a fantastic situation: Aliens have arrived from outer space and we have no idea how to talk to them.

Arrival is based on "Story of Your Life," a 1998 short story by Ted Chiang, a soft-spoken, 49-year-old technical writer based in Seattle. Every few years, Chiang comes out with a new short story that sweeps science fiction awards, including the Hugo and Nebula. But he's only published 15 short stories since 1990. Because he's not exactly prolific, Chiang supports himself by explaining software to programmers at places like Microsoft.

Chiang doesn't see much overlap between his day job and his career as a writer of celebrated short science fiction, except for one key value: clarity. Before he felt prepared to write "Story of Your Life," Chiang spent five years researching linguistics.

"I've always been drawn to clear explanations," he explains. "A good explanation is not just useful. It can also be beautiful." 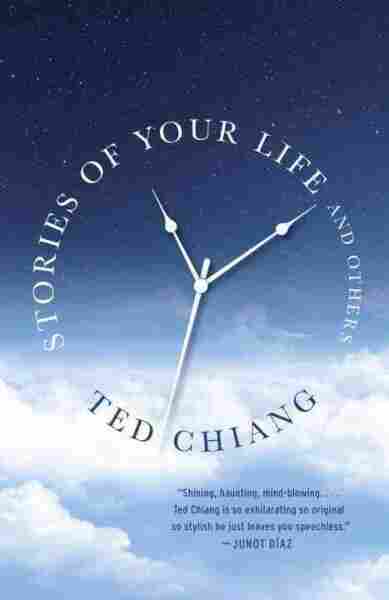 Stories of Your Life and Others

Title
Stories of Your Life and Others
Author
Ted Chiang

Given Chiang's tendency toward exactitude and intellectual rigor, I wondered whether his imagination led him to see stories like movies in his head as he wrote. "Never," he replies, politely suppressing a snort. "I'm very much a fan of prose. And I tend to think of my stories in terms of sentences."

"Ted does something that not a lot of other writers do ... " observes Grady Hendrix, himself an author of speculative fiction. "We really like to get to the dramatic parts of our story, right? So if we're going to write a story about first contact with aliens, we're going to want to skip to the exciting parts."

But not Chiang — he's more interested in beautiful explanations.

"It's a first contact story so what would happen first?," Hendrix explains. "Well, we'd have to communicate. Well, how would we communicate? Well, we'd have to make sure they understood what communication was, what an individual was, that we even perceive time in the same way so that we can communicate about things in the past, present and future."

The drama of deciphering alien syntax did not make Arrival particularly easy to adapt. Nor did it help that the story features a female main character, who happens to be an academic, rather than a male action hero. Screenwriter Eric Heisserer estimates he received 100 rejections when pitching Arrival to producers.

"We will make it if you change the lead to a man," he remembers executives saying. "Or, if you get rid of all the flashbacks. Which right there, I'm like — you have no understanding of the story. Or make it just a classic ... 'alien invasion story' where the hero punches an alien in the face at the end."

We actually have a character saying 'non-linear orthography.' I didn't think I would see the day. I really didn't.

"We actually have a character saying 'non-linear orthography,' " he adds. "I didn't think I would see the day. I really didn't."

One of the challenges in both the screenplay for Arrival and the original source material,"Story of Your Life," was creating a language for creatures who do not remotely resemble people. Chiang was not interested in a being that eats and makes noise with its mouth.

He thought, instead about jellyfish.

"I wanted an alien that was as different from us as those life forms are," he says. "Those aliens would not be speaking from the same orifice we eat and breath out of."

That line of thinking led Chiang to sign language. "It has a sort of three-dimensional grammar," he says. "It uses velocity as a way of inflecting. And it is pretty much impossible to do a sort of word-by-word translation into English." 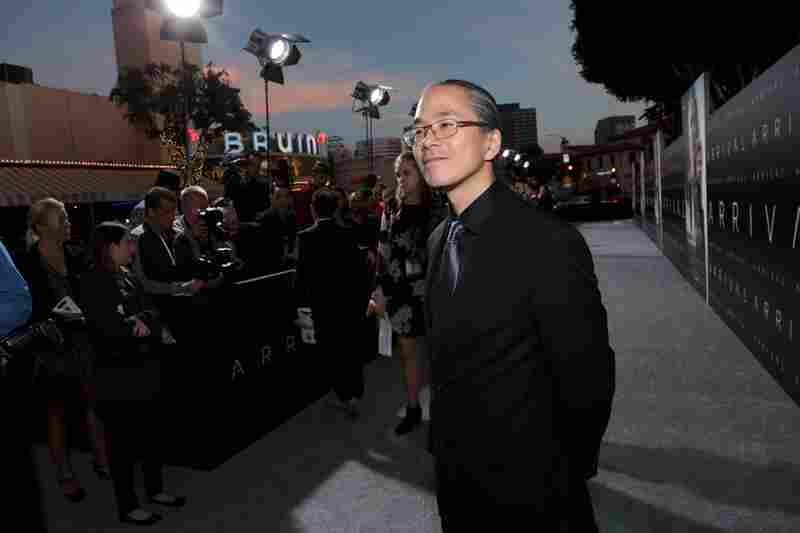 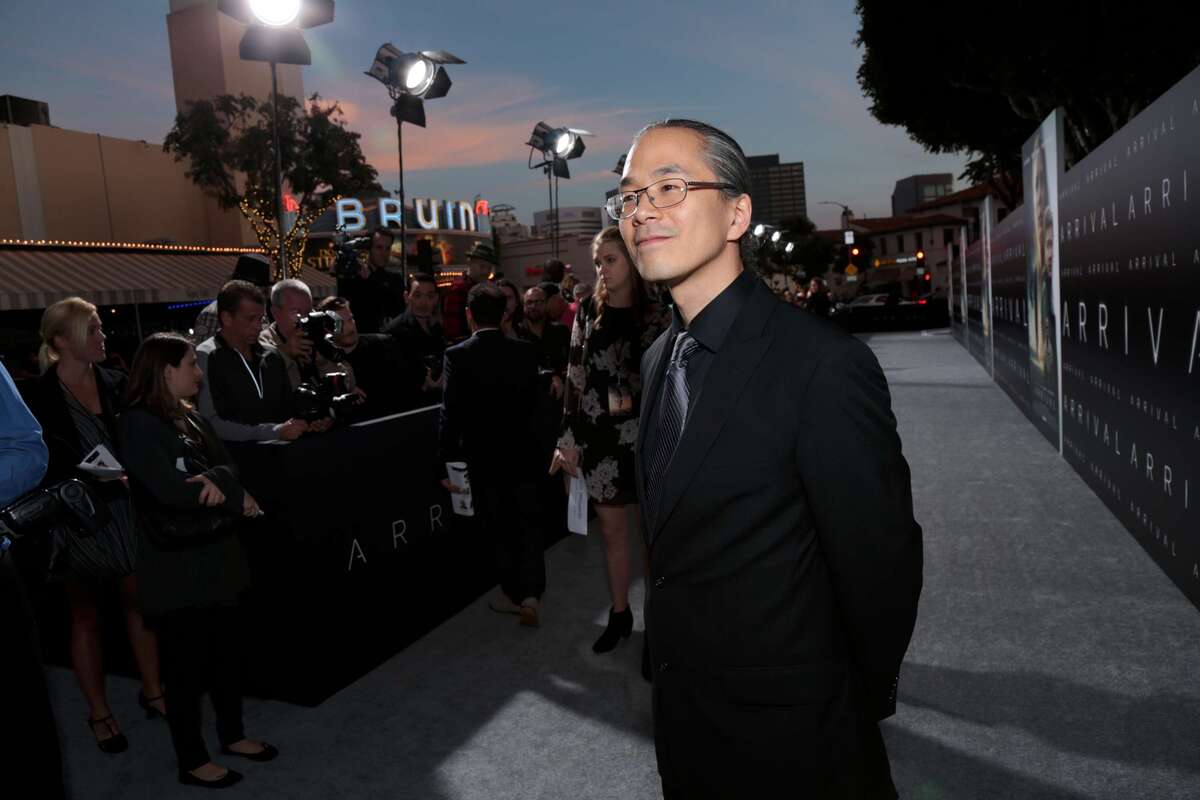 Chiang arrives at the Los Angeles premiere of Arrival on Nov. 6, 2016.

Sign language is not used by the aliens of Arrival but better not to divulge such spoilers. In any case, author Grady Hendrix says such meticulous attention to the details in short fiction feels rare today.

"Right now as a writer, what you're told is: the best way to be successful is to be insanely prolific," he says. "Because the more your name is out there, the more every book is an ad for yourself. And you've got to think about your brand. And then you have someone like Ted who just sits and thinks very carefully about what he's doing, and then he does it. ... There is something that's very counter-cultural about him that I think is important."

And apparently, so does Hollywood. Three of Chiang's 15 published short stories have been optioned for possible adaptation.

"Fiction writing is very hard for me and I'm a very slow writer," Chiang admits. "I don't get that many ideas for stories. I don't. It's not easy for me. And I like to take my time when I do get an idea for a story."

Which means that readers get to take their time, too — to chew on Chiang's craft and carefulness.

Read an excerpt of Stories of Your Life and Others