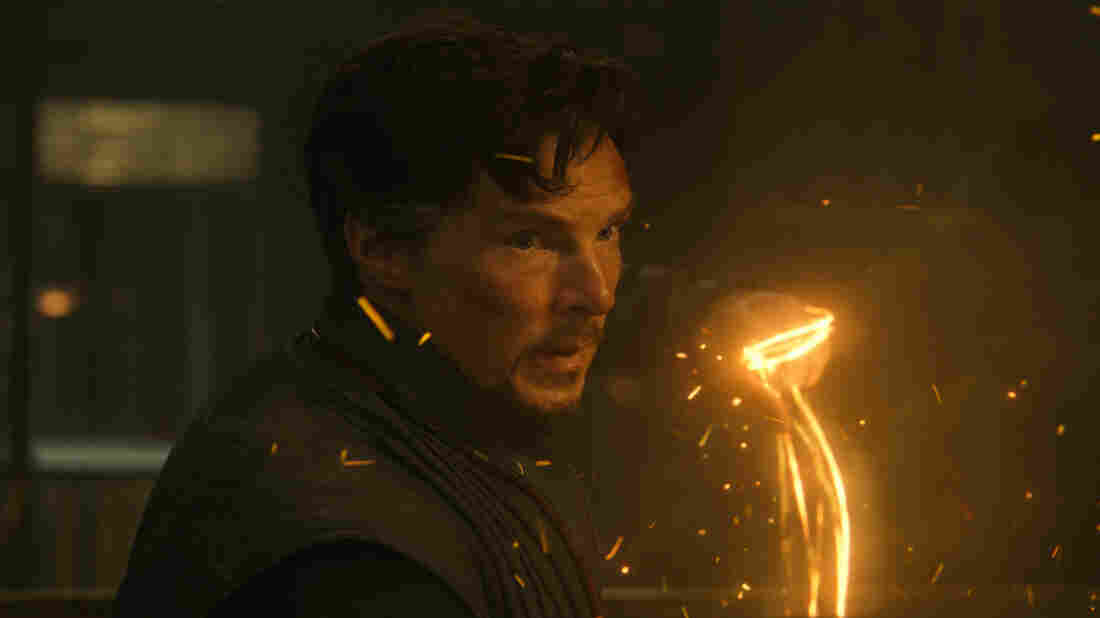 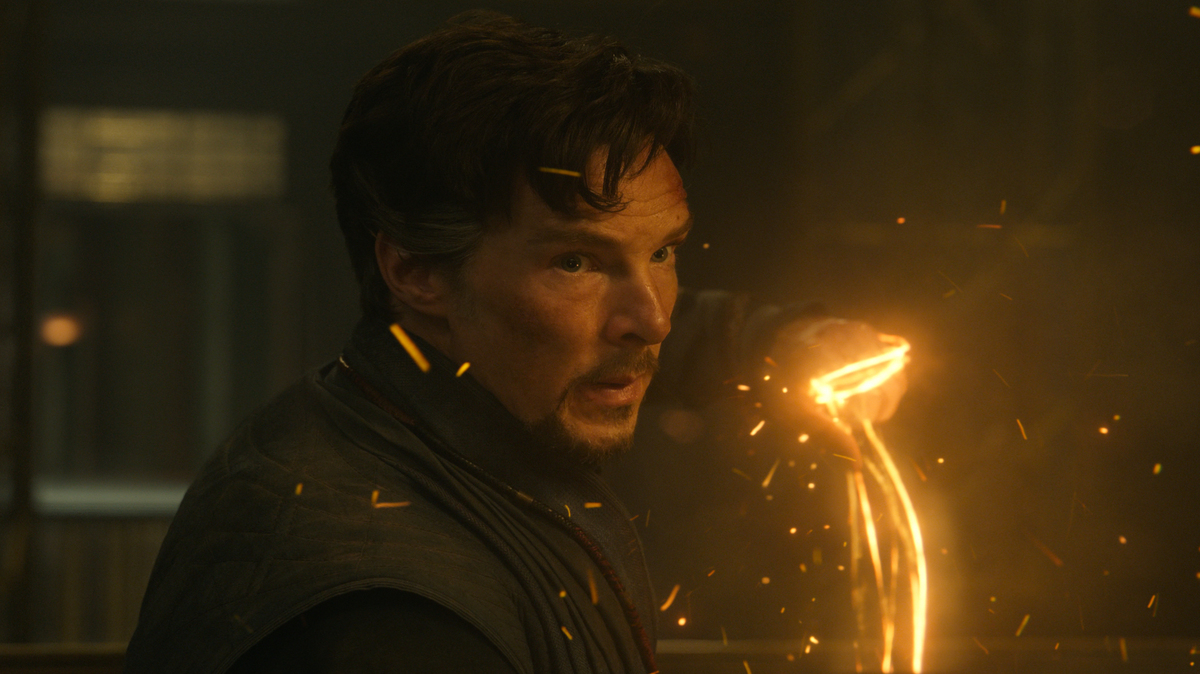 With Pop Culture Happy Hour's fall tour and the 2016 elections behind us — though the latter hadn't taken place at the time of this taping — now's a fine time to dig into a pair of movies dominating the year-end landscape. With host Linda Holmes off on a much-deserved vacation, Glen Weldon and I recently sat down with Code Switch's Kat Chow and Gene Demby to discuss two very different fall movies: Doctor Strange and Moonlight.

Doctor Strange, the latest entry in the Marvel cinematic universe, opened last weekend, and has already found massive worldwide box-office success. Starring Benedict Cumberbatch as the titular doctor-turned-sorcerer — with supporting performances by Tilda Swinton, Chiwetel Ejiofor, Rachel McAdams, Benedict Wong and others — it's a visually stunning origin story. But Doctor Strange has also been accused of whitewashing in its casting of Swinton as a Nepal-based figure known as The Ancient One, so we discuss that controversy, as well as other elements of the film: its use of CGI to create an aesthetic I describe as "Steampunk M.C. Escher," its place in the Marvel universe, the similarities between its superhero origin story and others of its nature, and the way it compares to the comic books that inspired it.

Then it's on to Moonlight, Barry Jenkins' adaptation of Tarell Alvin McCraney's play In Moonlight Black Boys Look Blue. Already attracting Oscar buzz, the film tells the story of Chiron, a quiet kid who comes from a troubled household in Miami and has to deal with a lot of bullying, in part due to his sexuality. Eventually, we see the man Chiron becomes, but the process is slow and halting, with much left unspoken and unshown over the course of a couple decades. The movie is broken down into three chapters, in which Chiron is played by three different actors: As a child, he's played by Alex Hibbert; as a teenager, he's played by Ashton Sanders; and as a man, he's played by Trevante Rhodes. Basically, we're ecstatic about Moonlight, and in this segment we discuss its subtlety, its casting, its unconventional structure and the tremendous, if quiet, performances at its core.

Finally, as always, we discuss What's Making Us Happy this week. Glen loves a particular performer on one of fall's best new TV shows. Kat sings the praises of a new book that's brightened her week. Gene offers up a Barry Jenkins-related recommendation you can find on Netflix, and also raves about a new documentary. And I'm eagerly anticipating two late-year album releases, one by a long-dormant hip-hop group and one spun off from a certain Broadway show we might have discussed before.