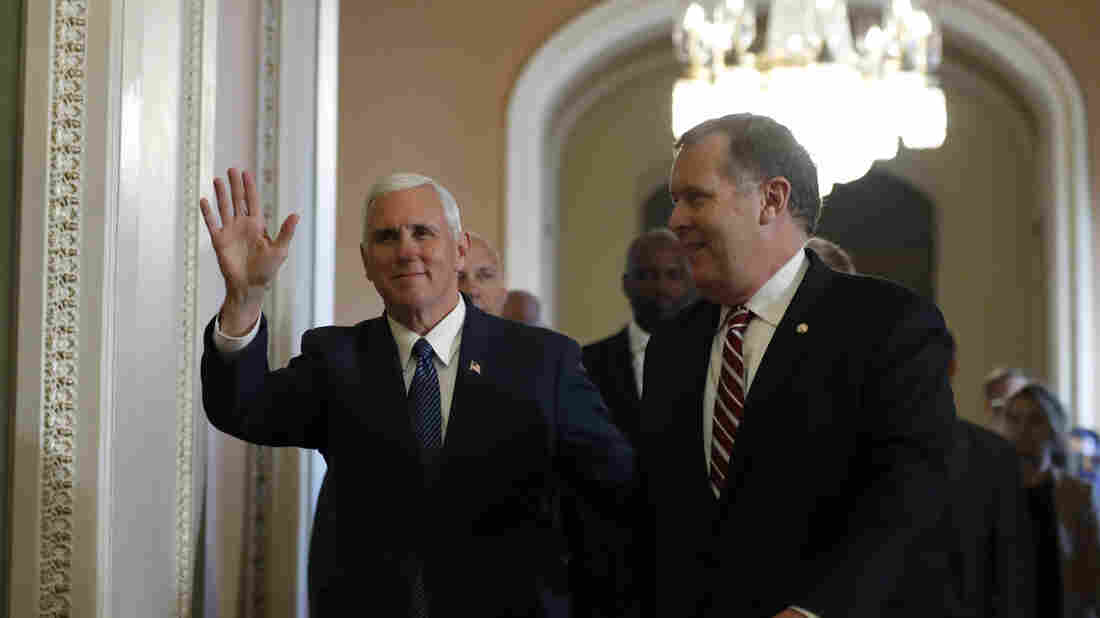 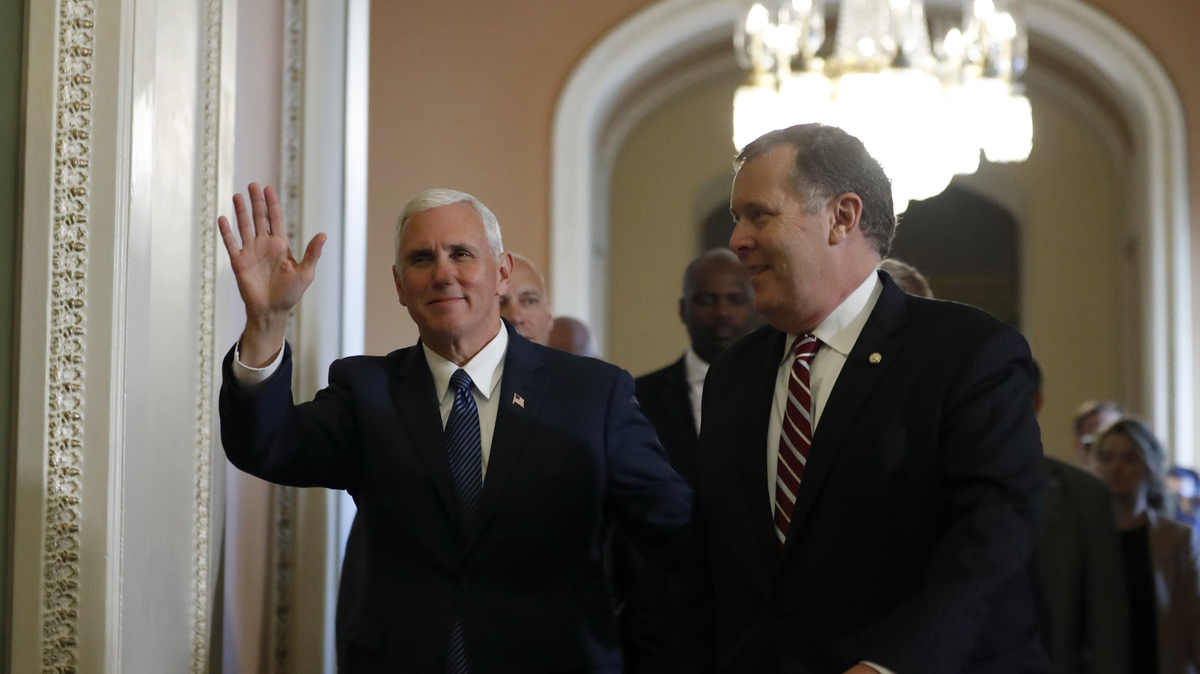 Vice President-elect Mike Pence (left) waves as he departs after a meeting with Senate Majority Leader Mitch McConnell on Thursday.

President-elect Trump is shaking up the leadership of his transition team, naming Vice President-elect Mike Pence as chairman. Pence will take over the role from New Jersey Gov. Chris Christie, who was named as a vice chairman of the team's executive committee.

Pence, Indiana's governor and a former congressman, brings some Washington expertise and has long-standing relationships with congressional leaders such as House Speaker Paul Ryan.

Christie led the Trump transition effort during the campaign. Two of his top aides were convicted in the "Bridgegate" scandal just before the election, which may have hurt his standing with the Trump team. But Christie could also still be in contention for a job in the Trump administration.

In a statement, Trump said the mission of the team will be clear: "Put together the most highly qualified group of successful leaders who will be able to implement our change agenda in Washington."