Accessibility links
Emmett Till's Father Was Also Hanged: A New Book Tells His Story A decade before his teenage son was lynched in Mississippi, Louis Till was serving overseas in World War II. Writing to Save a Life explores how Till was convicted of rape and murder and put to death. 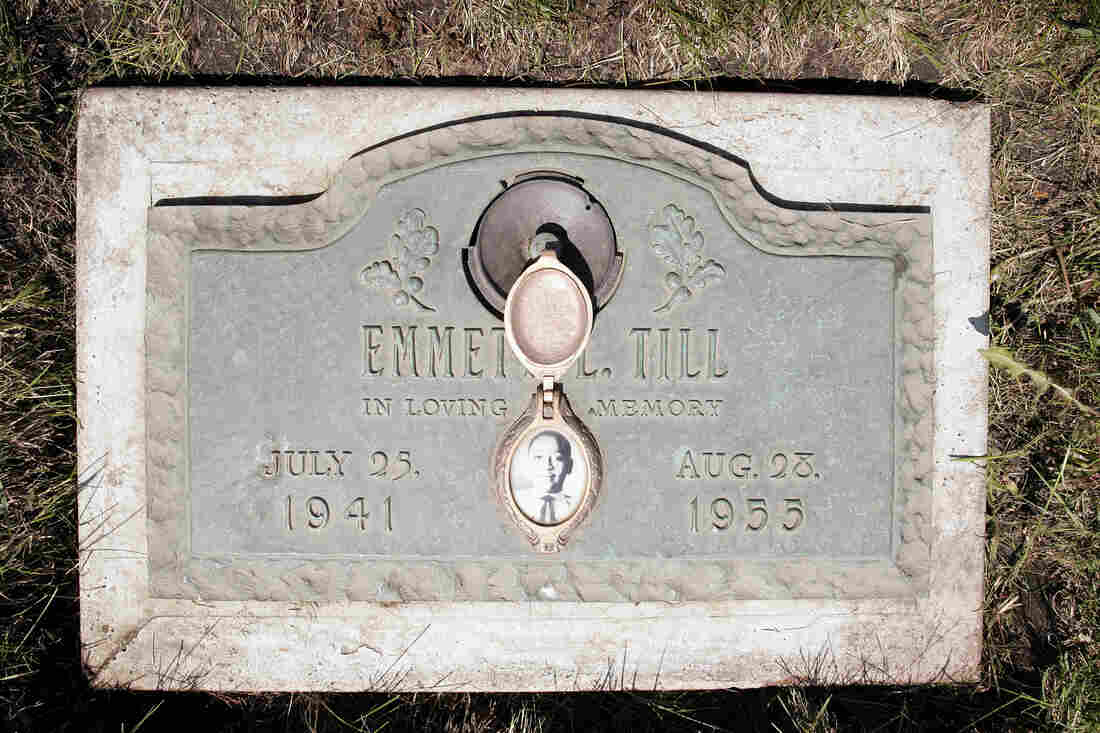 A plaque marks the grave site of Emmett Till at Burr Oak Cemetery in Alsip, Ill. Till died in a lynching in Mississippi in 1955. A decade prior, his father, Louis Till, was hanged after being convicted of rape and murder, but writer John Edgar Wideman believes he may have been framed. Scott Olson/Getty Images hide caption 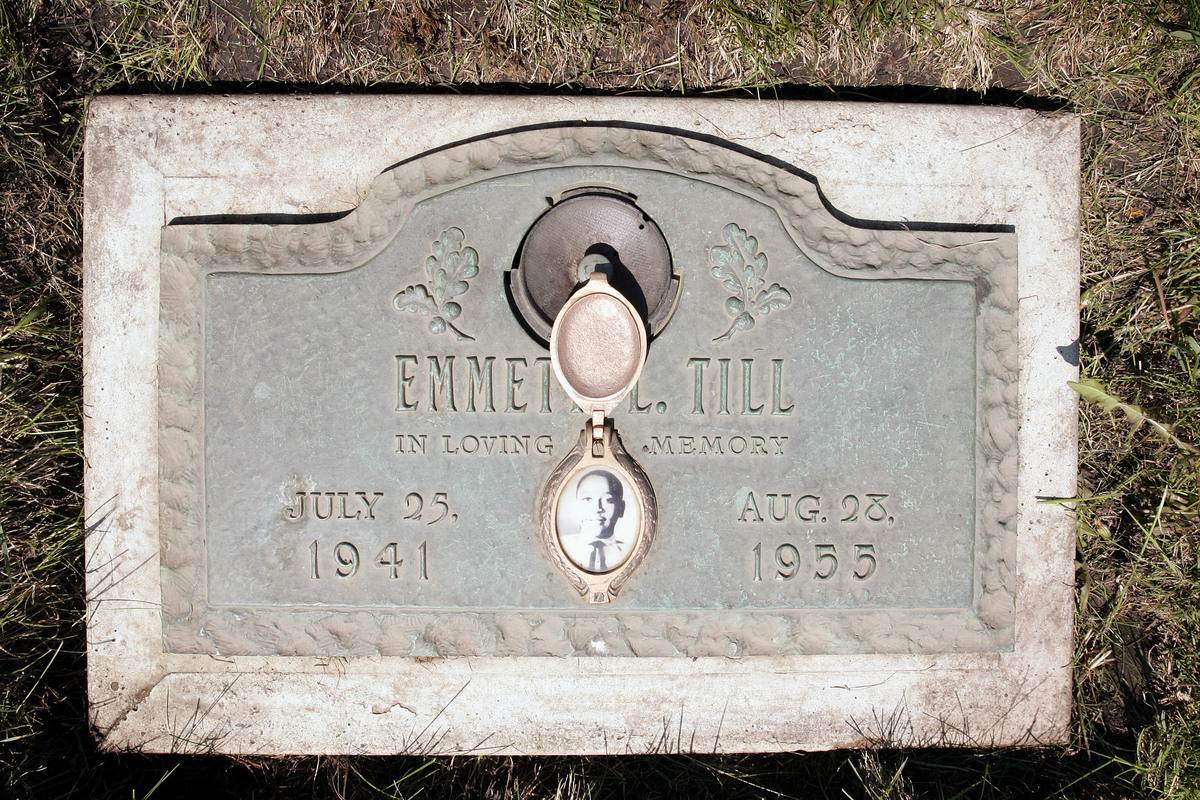 A plaque marks the grave site of Emmett Till at Burr Oak Cemetery in Alsip, Ill. Till died in a lynching in Mississippi in 1955. A decade prior, his father, Louis Till, was hanged after being convicted of rape and murder, but writer John Edgar Wideman believes he may have been framed.

Even a well known story depends on where you begin to tell it.

In the summer of 1955, Emmett Till, a 14-year-old African-American boy visiting Mississippi, was lynched by white men who said he'd flirted with a white woman. Till's body was returned home to Chicago where his mother insisted on an open casket. Photos were wired around the globe and the world saw his mutilated body. His murderers would be free within a month.

Writer John Edgar Wideman was thinking of writing a novel based on the Till case, when he came across the story of Louis Till, Emmett's father. Louis Till was serving overseas in the Transportation Corps of the U.S. Army during World War II.

The army was still segregated at the time, and he and another African-American private, Fred McMurray, were found guilty by an army court-martial of raping two Italian women and murdering one during an air raid in 1944. Both men were hanged. Wideman isn't convinced of their guilt.

"Louis Till nor Fred McMurray ever had a chance," Wideman tells NPR's Scott Simon. "It was decided long before anybody even knew their names that some black soldiers are going to take the fall for these crimes."

Wideman's book about the case is called Writing to Save a Life: The Louis Till File.

On seeing the photo of Emmett Till's body as a teen

That scared the crap out of me. I was transfixed by the photo of a kid my age whose face was almost beyond recognition. It just was horrific. The fact that he was an African-American kid of color like me ... I had many, many ways that I connected with that face — that boy's face.

In about 2005 I wrote to the Army archival center, sent a Freedom of Information letter for everything I could find, everything that they were willing to tell me about the Till trial. ... Slowly but surely as I took the evidence apart and checked out dates. ... I found that there were very few connections, almost none, that ... made it beyond any question of doubt that Till and McMurry had done these killings and rapes. 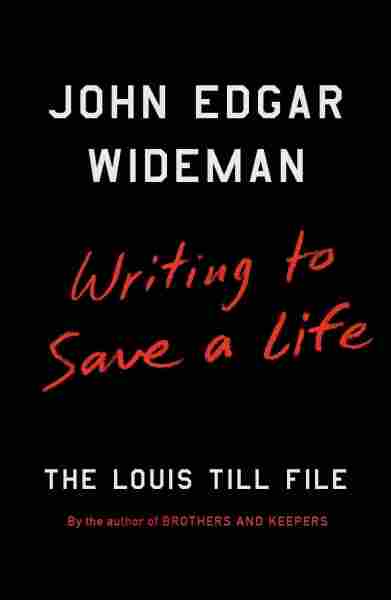 Writing to Save a Life

The Louis Till File

After that first trial the federal government put pressure on the state of Mississippi and said: You've got to try these guys for something. Come on. You just can't let them go. The whole world screaming, it's bad for Mississippi, bad for the South. So the state of Mississippi decided that kidnapping charges would be preferred against the two murderers, because during the course of the trial they had both admitted that, in fact, they did, at gunpoint, take Emmett Till in the middle of the night out of his great uncle's house.

But at that point the press was informed that Till's father had committed murder and rape in Italy and been executed. And so that just made it absolutely impossible to charge [J. W.] Milam and [Roy] Bryant with kidnapping.

On his own son, who has a parole hearing coming up — as a teenager he was convicted of the 1986 murder of a fellow 16-year-old

Prisons are awful, awful places. And believe it or not, to make public an inmate's good luck actually puts them in jeopardy — in jeopardy of the jealousy of other prisoners, the guards — he becomes a target. Let me at the same time say: He is closer to release this moment than he has been in over 30 years. And that is that is all good news.

On how father-son relationships play into his writing

I think I've been dealing with the same ideas for an awful long time. I had a vexed relationship with my father mainly because he and my mother didn't get along all the time. And he had the same kinds of complicated forces in his life that Louis Till had. My search for the past is a subject of my novels and my fiction and continues to be. And so this book about Louis Till and Emmett Till is a natural continuation of all that research into who I am, where I come from, what it all means.