Accessibility links
At 75, Chick Corea Still Has That Magic Touch The jazz pianist and composer's career has been defined by creative collaborations — and he hasn't stopped. He's celebrating his 75th birthday with a marathon of performances. 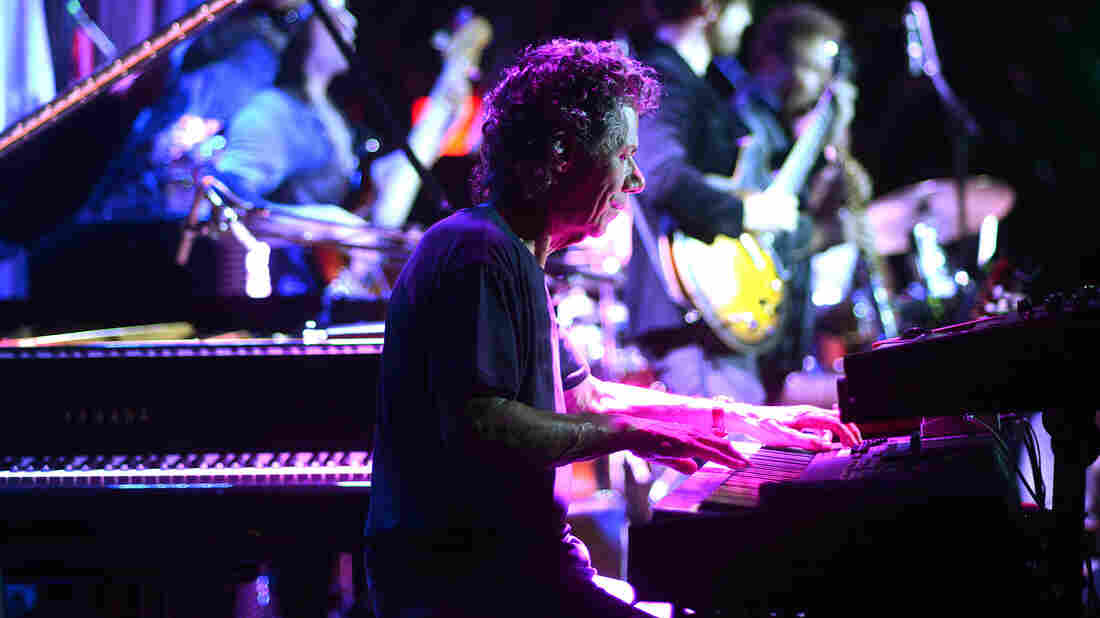 Chick Corea is in the middle of an eight-week run at the Blue Note Club in Greenwich Village. Dino Perrucci/Courtesy of the artist hide caption 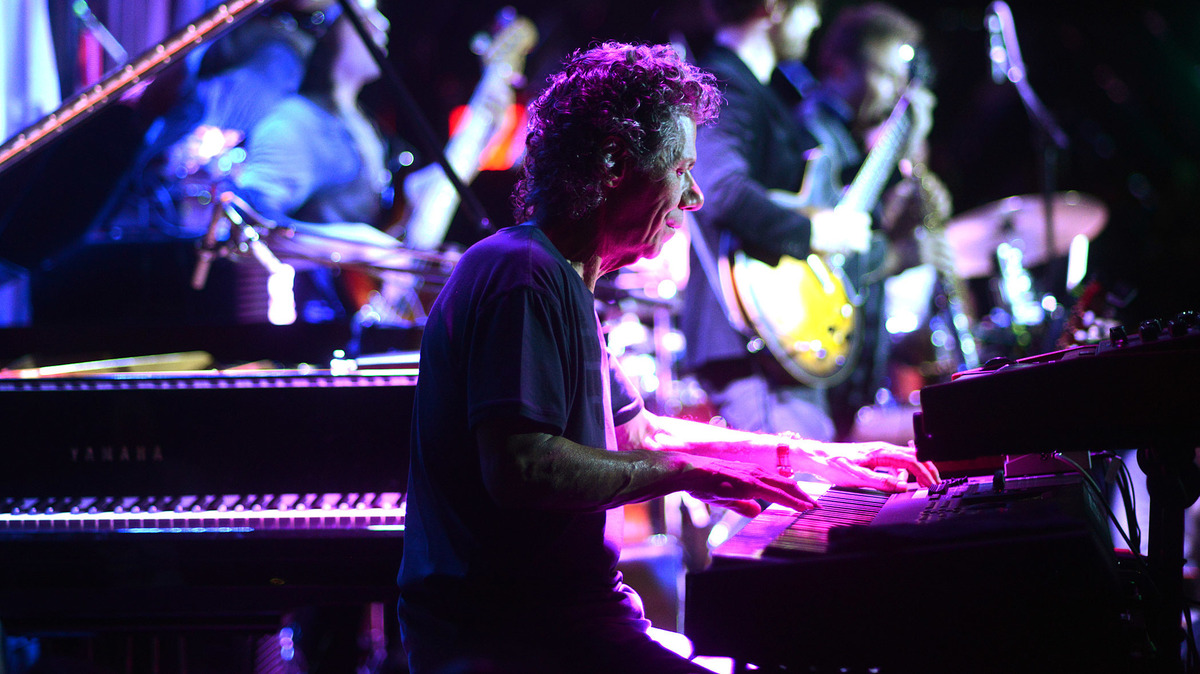 Chick Corea is in the middle of an eight-week run at the Blue Note Club in Greenwich Village.

Dino Perrucci/Courtesy of the artist

Jazz pianist Chick Corea is celebrating his 75th birthday this year with a marathon of live performances. He was on the road all summer and has finally settled into an eight-week run at the Blue Note Club in Greenwich Village in New York. The birthday bash features 15 different bands, playing music from every phase of Corea's long career.

Corea walks one day through the door of the Blue Note on West 3rd Street, greets the staff and walks past the Yamaha grand piano on the stage to the drum set, where he begins to play. He learned to play drums when he was 8, four years after he started playing piano. Back at the keyboard, he says he thinks of his fingers as drumsticks or mallets.

"I think of the piano like that," Corea says. "Like a great big marimba. Or a percussion instrument. There's so many possibilities of putting it together when you've got 10 mallets and 88 drums."

Corea's touch on the piano is what sets him apart, says New York Times music critic Nate Chinen. "It's almost like his fingers bounce off the keys," Chinen says.

He says this holds true on the acoustic piano, but also on the Fender Rhodes electric piano, where Corea's touch is unmistakable. "He's one of the greatest Fender Rhodes pianists ever," Chinen says. "His touch on that instrument is really distinctive. You know it's him within a note or two."

Armando "Chick" Corea was born in 1941 in Chelsea, Mass., just across the river from Boston. His father was a bebop trumpet player and his grandparents on both sides were Italian immigrants. Yet, in high school, Corea gravitated to Latin music when he joined a dance band.

"The conga player was the one who really introduced me to Latin music," Corea says. "He showed me how to do various things with Latin music."

Latin music influences have remained a constant throughout his career — and so has the influence of Miles Davis. Corea says he has long been a student of Davis' work — he first heard Davis in 1947, playing trumpet with Charlie Parker on a 78 rpm recording.

In the late 1960s, Corea joined Davis' band, where he helped pioneer the sound of jazz-rock fusion. He played on the groundbreaking records In A Silent Way and Bitches Brew.

Around the same time, Corea began a lifelong involvement with the Church of Scientology and the controversial teachings of its founder, L. Ron Hubbard. "I discovered something that I was really looking for, which is how to understand myself and other people," Corea says. "How we operate. How we tick. And ways to keep oneself free and fresh."

After he left Davis' band, Corea's musical restlessness led him to the free-form jazz quartet Circle. Then, the pianist shifted gears again and formed the group that would become his most popular band: Return to Forever. The group began as a mostly acoustic project, but then Corea decided to amp it up with an electric guitar and synthesizers. The band's 1976 album Romantic Warrior sold half a million copies.

Lenny White, the drummer for Return to Forever in the mid-1970s, remembers how enthusiastic the group's fans were at its 1975 concert at Wollman Rink in Central Park. He says the venue was meant to hold 7,000 people, but when fans found out that Return to Forever was playing there, they took down the gates and opened the show up to a crowd of 12,000.

"There was this power in the music," White says. "To be able to present highbrow, intelligent music like that, and have 12,000 people screaming their heads off like they were at a rock concert."

Although he loved connecting with those audiences, Corea moved on again, to a series of new projects that he's continuing today: duets with pianist Herbie Hancock and vibraphonist Gary Burton, acoustic jazz combos and an electric funk band.

Chinen says he's struck by the scope and variety of Corea's projects. "Is there anything that he hasn't actually attempted?" he asks.

That love of creation is what the 75-year-old pianist says keeps him going.