Accessibility links
What Is Donald Trump's Tax Plan? An Analysis Of Whom It Will Benefit The plan laid out by the president-elect is detailed — but different from what he promised during the campaign. His economic team says it will boost the middle class; several experts beg to differ. 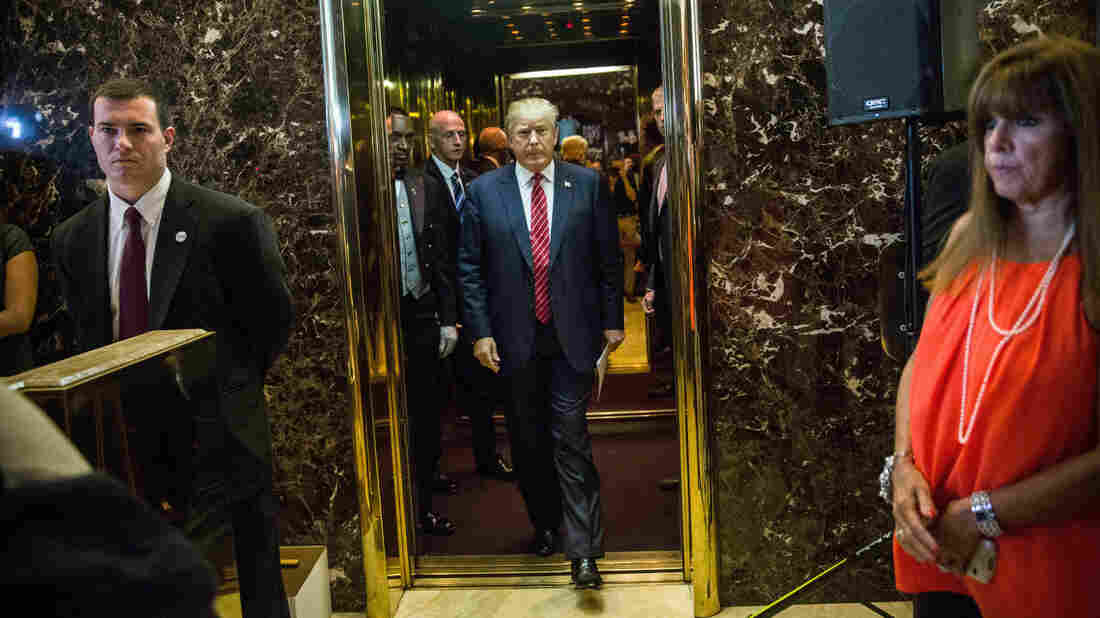 Donald Trump leaves an elevator at Trump Tower in New York City, just prior to delivering a speech in September that outlined his plan for tax reform. Andrew Burton/Getty Images hide caption 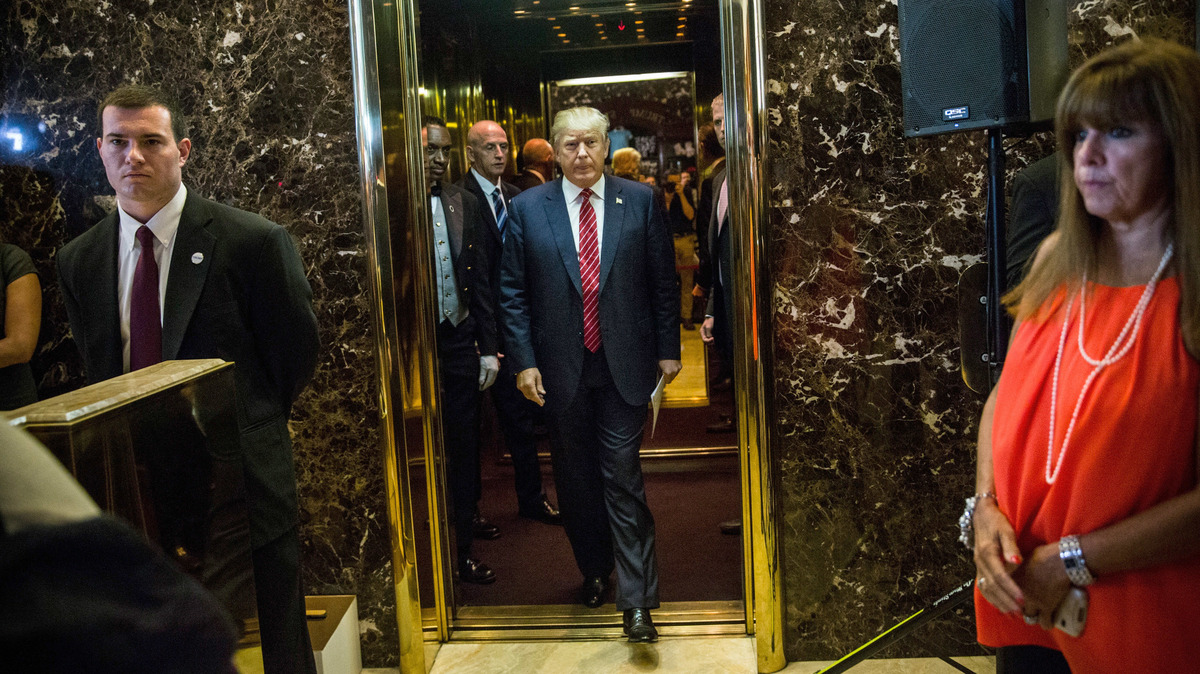 Donald Trump leaves an elevator at Trump Tower in New York City, just prior to delivering a speech in September that outlined his plan for tax reform.

Donald Trump has proposed a very detailed tax plan — but his statements on the campaign trail don't always match what his proposal would really do.

For instance, at a rally in Scranton, Pa., Trump promised to "massively cut taxes for the middle class, the forgotten people, the forgotten men and women of this country, who built our country." During a town hall meeting on NBC's Today show, he said he believes in raising taxes on the wealthy.

And at least half of Trump's supporters agreed with him on that, according to a pre-election survey by RAND Corp., a research group.

"Just before the election, after the last debate, 51 percent of them intending to vote for Trump supported increasing taxes on high-earning individuals," says Michael Pollard of RAND.

But Trump's plan does the opposite, says Lily Batchelder, a law professor at New York University and visiting fellow at the Tax Policy Center.

"If you look at the most wealthy, the top 1 percent would get about half of the benefits of his tax cuts, and a millionaire, for example, would get an average tax cut of $317,000," she says.

Lily Batchelder, a law professor at NYU and visiting fellow at the Tax Policy Center, says Donald Trump's plan would boost taxes for many families, with some of the largest increases applying to single-parent families "because of the repeal of the head of household filing status and personal exemptions."

But a family earning between $40,000 and $50,000 a year would get a tax cut of only $560, she says, and millions of middle-class working families will see their tax bills rise under Trump's plan — especially single-parent families.

"A single parent who's earning $75,000 and has two school-age children, they would face a tax increase of over $2,400," Batchelder says. That's if they had no child-care deductions; the increase in taxes comes partly because the Trump plan eliminates the $4,000 exemption for each person in a household.

Steve Calk, a Trump economic adviser, says the loss of the exemption is partially offset by other changes in Trump's plan. He takes issue with the Tax Policy Center's analysis and argues that there will be big tax cuts for middle-income families.

Batchelder says that calculation is misleading because it focuses on tax rate reduction rather than a family's after-tax income — in other words, how much money they have in their pocket after taxes.

But Calk argues the personal-income tax cuts, as well as the Trump proposal to reduce the corporate tax rate from 35 percent to 15 percent, will help taxpayers by boosting economic growth.

"The single best way to help people that are in the low-income bracket or unemployed or underemployed is, No. 1, to get them employed in real jobs with real benefits," Calk says.

Economists disagree on whether the tax plan would be good for the economy. The Tax Policy Center says that over the first decade, the government would lose $6.2 trillion in revenue, producing huge budget deficits that could hurt the economy.

One other element of the Trump plan is worth noting: It would eliminate the federal estate tax entirely. Only the wealthiest taxpayers — less than 1 percent — now pay that tax. Ending it would lead to an even greater concentration of wealth in the U.S.

Trump Administration To Put Economic Issues On the Front Burner

Trump Administration To Put Economic Issues On the Front Burner

After Big Promises, Where Do Trump's Plans For Economy Stand?

After Big Promises, Where Do Trump's Plans For Economy Stand?