Accessibility links
Sting Releases New Album '57th & 9th' After a decade, the singer-songwriter has a new album. He talks with NPR's Michel Martin about U.S. elections, Brexit, the Bataclan, the migrant crisis — and his own mortality. 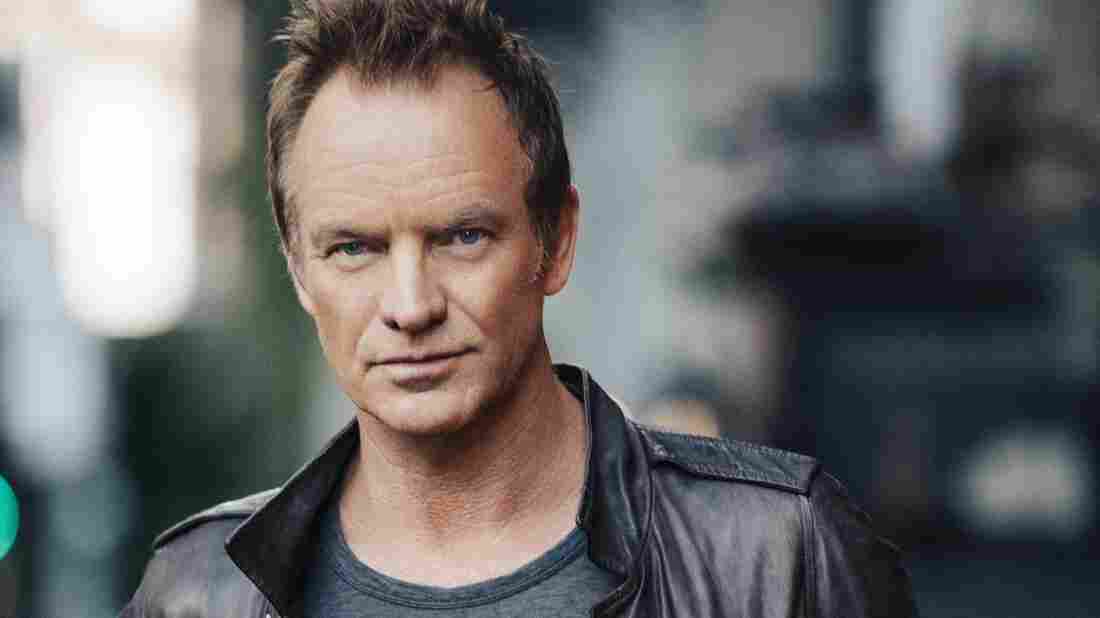 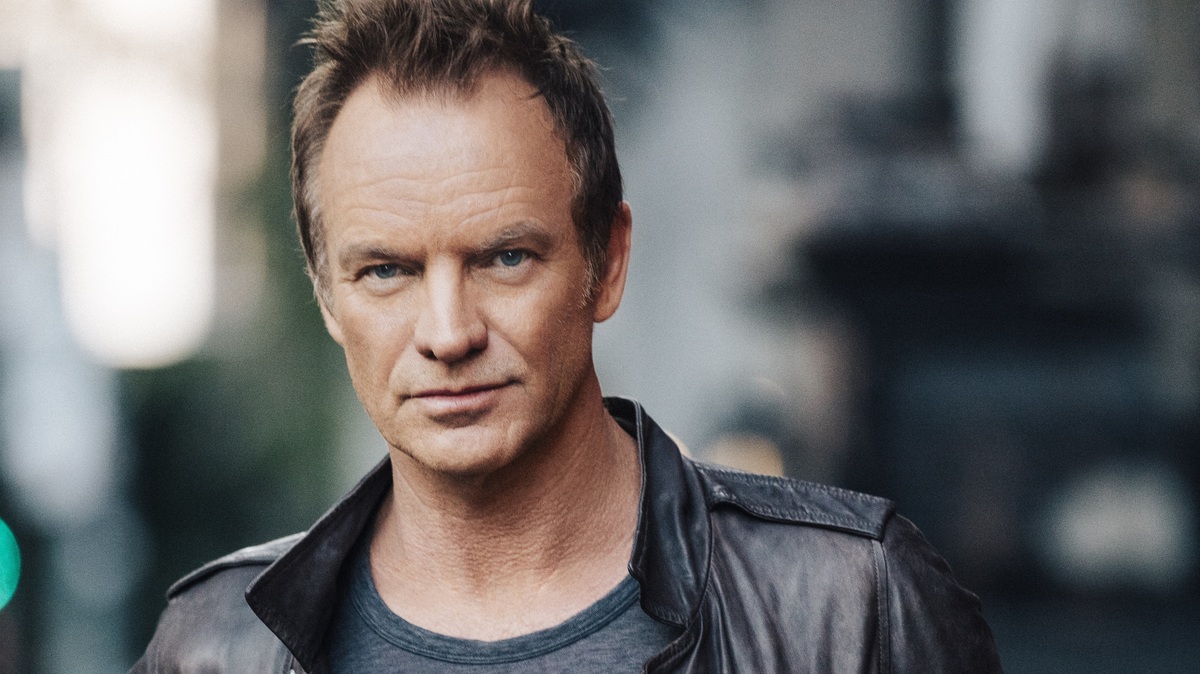 Eric Ryan Anderson/Courtesy of the artist

It's been an emotional week for Americans in the wake of election results. Many have been talking about what it all means and how this country can find common ground and reunite.

One particular person who has been pondering on this is British rock star, Sting, who has made the U.S. his home for several years now. The 16-time Grammy-award winning musician has sold millions of records and this week, he released a new album called, 57th & 9th. It's his first collection of original songs in more than a decade.

Also this weekend, Sting performed at the Bataclan in Paris, the first concert there almost a year to the day that brutal terrorist attacks left 130 people dead in the city.

Sting talks with NPR's Michel Martin about his new album, what it means to perform at the Bataclan, the U.S. election, Brexit, the migrant crisis and about the special impact of three of his songs, one old and two new.

Sting On His World Tour And Humanitarian Work

On what he thinks about the elections

Like everyone, I'm bemused and I'm a little bit in shock. But I think we have to be optimistic, it's the only strategy we are allowed, really. I haven't formulated any ideas. It's similar to what happened in my country in June when 52 percent of the people voted to leave something that was actually beneficial for us. Forty-eight percent of us decided we wanted to stay, as I did. But we now have a constitutional crisis in my country, which is not helpful. But yeah, the world is in a state of change.

On if he sees comparisons with U.S. elections and happenings in other parts of the world

To speak about Brexit, I think it was nothing whatsoever to do with the EU. I mean, the most Googled question the next day in Britain was, "What is the EU?" I think people were given the opportunity to kick the government in the backside and they took it. But I think [it] was much too complex an issue to reduce to a simple yes or no. We have a very very sophisticated parliamentary system, which is designed to work these things out through the political process, so a referendum in my opinion was a huge mistake. But there's no going back.

I'm from the northeast of England. I'm from a working-class background. My ancestors were shipyard workers, who were left out of a job by the market forces that [were] beyond their control. So I feel a sympathy for people who feel left out, as the people in the northeast, the Rust Belt. ... Here in America, I feel it. And I'm not sure what the answer is. But the solutions being offered or the promises being made at the moment don't seem particularly convincing to me.

On the refugee crisis and what inspired his song, "Inshallah" that pays homage to refugees

Well, the migrant crisis is something that isn't going to disappear tomorrow. It's driven by warfare in the Middle East. It's driven by poverty in Africa. It may be driven by climate change in the very near future. So it's not going to be something can we can hope to end tomorrow. I don't have a political solution, but I feel if there's a solution to it, it has to be grounded in some kind of empathy for those people in those boats. Because we as a species all migrate. We're all migrants. Everyone in this country is a migrant, I'm a migrant, our ancestors were migrants. It's not going to stop, that's what we do.

So I think if we have a feeling of empathy, just a little intellectual exercise of putting yourself in a boat like that with your wife and your children, how does that feel? And I think it's an important exercise if you like.

It's a beautiful Arabic word. Literally it means, "If it's God's will and then it shall be." But also implies resignation, it implies humility, it implies hope, it implies courage. And for me, it implies solidarity. I feel for those people.

No, it's not my strategy at all. It's a beautiful word from a beautiful culture. We must not forget that; that Islamic culture, Arab culture has given us extraordinary things: science, astronomy, architecture, music, many things.

I was just invited to do it. I think the venue was struggling for obvious reasons. I just feel I'm, doing my job. My job is to entertain people. But also because it's the anniversary of the appalling attack, I think that it's important that we honor the dead, that remember the dead, but also celebrate this very famous venue, which I worked in 1979, I think. It's part of my history too, so when I was asked if I'd do it, I immediately said, "Yes, I think it's important." We are a pluralist society, we love music, we love getting together and joyfully celebrating life, so that's what we must do.

I think it's an appropriate beginning, I think that song has a lot of uses that we never foresaw. I wrote the song in the '80s, I think. But every time something happens, it seems an appropriate song to play on the radio.

It's a best compliment a songwriter can receive — much more than awards — when someone comes up to me and says, "We got married to your song, we fell in love to your song," or "We played your song at Uncle Charlie's funeral." That actually makes you realize that by accident, you've created a kind of emotional soundtrack to people's lives, an emotional landscape that's touched by ... the memory is touched by these songs. And so, I didn't set out to do that at all. I wanted to be a songwriter and a singer just for the glory of it, but by accident you realized that you've done this for people and it's very nourishing when you hear that.

It was a tough year in my business. A lot of notable cultural icons were taken from us: David Bowie, Prince, Glenn Frey from the Eagles and many many others. It was shocking. And of course, like all of us, there's a child in me that sees these cultural icons as being somehow immortal. And we all are shocked irrationally when they prove to be very mortal. I am 65 years old, I imagine I've lived most of my life already so it definitely makes you have to accept your own mortality and the song is really about that. It's about someone like me, a rock star looking back on his stadium days, playing to 50,000 people, 100,000, 200,000, in the spotlight and the hubris of that. And then on reflection, wondering where he learned his philosophy.

On his own mortality and why he thinks he's still here

I don't really have survivor's guilt. ... I obviously have a purpose. My purpose is to entertain people. ... I can't teach people anything unless I entertain them first.