Accessibility links
Anna Kendrick Says Acting Is 'The Way That I Learn About Other People' The Pitch Perfect star started acting when she was 6. Back then, she says, she likely just did it for the attention. "Then it sort of transformed into something that was really meaningful for me." 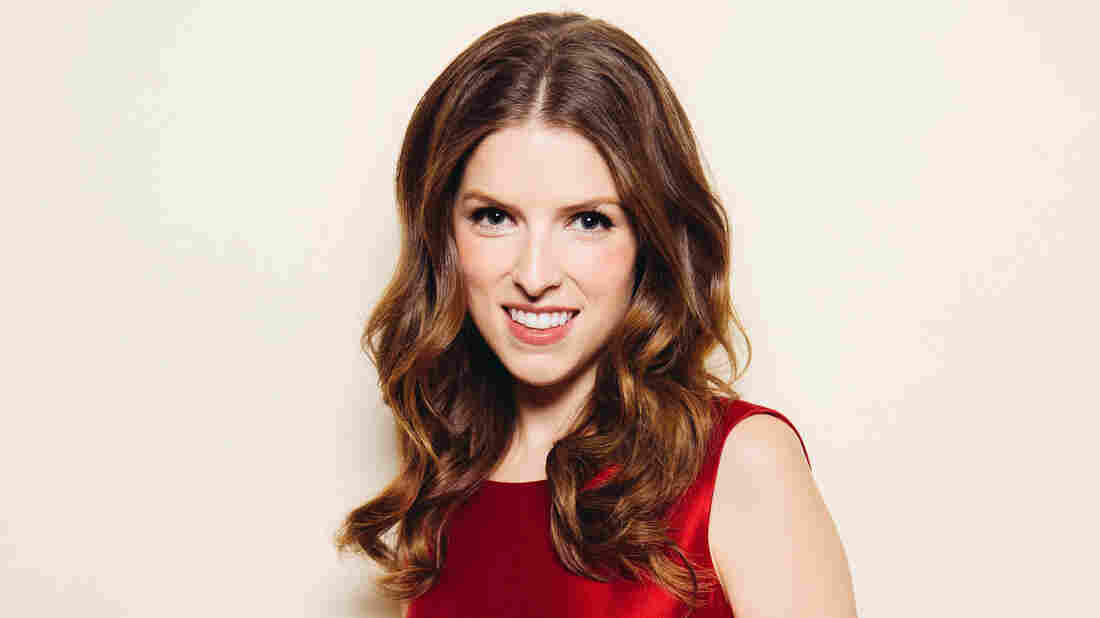 Anna Kendrick began performing in community theater when she was 6; by 12 years old, she had made it to Broadway. Casey Curry/Casey Curry hide caption 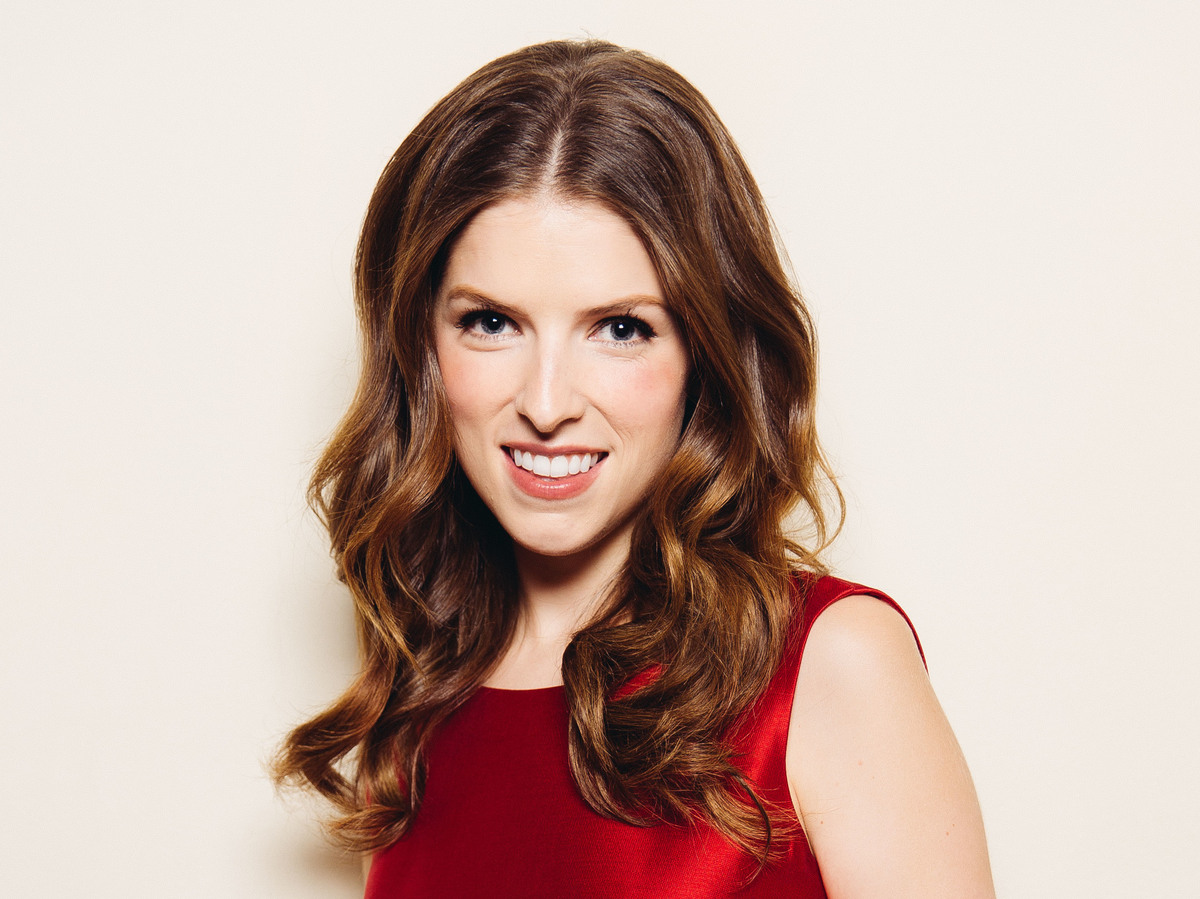 Anna Kendrick began performing in community theater when she was 6; by 12 years old, she had made it to Broadway.

Growing up, Anna Kendrick was a diminutive child with a powerful singing voice. When she was 6, she began performing in community theater, and by 12 years old she had made it to Broadway, where she was nominated for a Tony Award for her role in the musical High Society.

She tells Fresh Air's Terry Gross, "I did always wonder if I kind of cultivated a big voice intentionally — like a roar to assert myself in some space in the world."

Now, Kendrick is applying that big voice to a new medium. Her book, Scrappy Little Nobody, is a collection of humorous essays about growing up in Maine and becoming a performer. (Her film credits include Trolls, Pitch Perfect and Up in the Air, for which she was nominated for an Academy Award.)

Looking back, Kendrick says she can't remember a time before she was serious about acting. "I can't now say what it was that originally drew me to performing, because it's very possible that at 6 it was just that I wanted people to be looking at me and paying attention to me," she says. "Then it sort of transformed into something that was really meaningful for me. ... It became the way that I learn about myself and the way that I learn about other people." 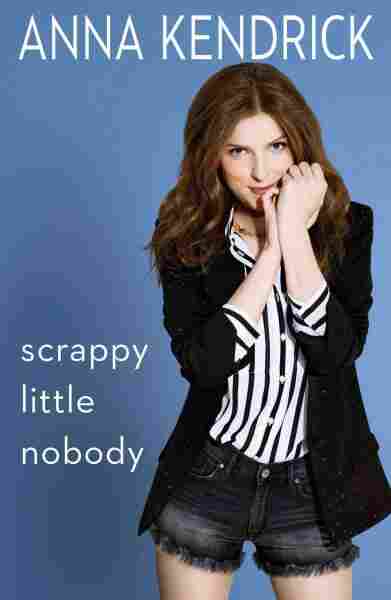 On how she got the part of Natalie, a corporate downsizing specialist, in Up in the Air

I auditioned. Good old-fashioned auditioning, can you believe it? But after I auditioned, I did find out that the director had written the role for me after seeing me in an independent film I did called Rocket Science. ... But I still had to audition because it's a movie with George Clooney and it was a great script at a great studio, so I guess every gal in the proverbial town had auditioned. Little did I realize when I auditioned, I already had the approval of the director. I was trying to prove myself to the studio, essentially, to hire someone who was not famous.

We needed her to look hyper neat and sharp, so I was wearing Spanx, a foundation garment, at all times, and I was wearing these shirts that got tucked into this tight skirt. And to keep the shirts really taut, they sewed in a crotch strap which is a bit of Velcro that goes from the front of the shirt to the back and goes in between your legs. So it felt a little like I was wearing a leotard and some uncomfortable pumps. So it just wasn't the most relaxing wardrobe.

On "Cups," a song from Pitch Perfect that became a top Billboard single

I remember I was shooting another independent film as this song was climbing in the charts, as it were. And I was in New York and I was sleeping on the floor of a basement of a church in Harlem, where we were shooting, in between set-ups and getting a kind of email alert from my agent saying, "This song, it's now in the top 10 on the Billboard charts."

I remember thinking all the other artists that are in the top 10 right now, who've been going on Good Morning America and performing and been promoting their singles and making music videos must be like, "What the hell is happening? What is going on?" ...

I imagine that will remain one of the great shocks of my career. It was so lovely and charming and the fact that it just happened — it was so truly organic — was really lovely, too.

I imagine that will remain one of the great shocks of my career. It was so lovely and charming and the fact that it just happened — it was so truly organic — was really lovely, too.

On how the Old Testament scared her as a kid

As a child you hear passages from the Old Testament and you are absorbing them and terrified of them. So I remember my parents being very shocked when I told them that I was afraid that I was going to go to hell, because we were Episcopalian and they thought that they had thus far brought me up in a very friendly religious atmosphere. But they hadn't considered the fact that I, of course, couldn't just block out what I was hearing in the Old Testament. ...

I remember there being this thing about, "It's easier for a camel to pass through the eye of a needle than for a rich man to enter the Kingdom of Heaven." And at that point, because ... my brother and I each had our own room and we had a garage, I thought, "Well, that's us. We're rich and we need to give everything away, otherwise my whole family is going to go to hell."

My mom laughed at the notion that we were rich, and explained that everything was going to be fine. But I still couldn't reconcile: "It says! It says right there!" So as a kid, I think, you're totally aware of what the Bible is telling you and you haven't made the decisions that your parents have made about which pieces you're going to choose to take literally.