Accessibility links
Interview: Amos Oz, Author Of 'Judas' Oz's latest is set in Jerusalem in 1959, and centers on three people with vastly different views of Israel, life and the world — who gradually argue themselves into friendship, and even love. 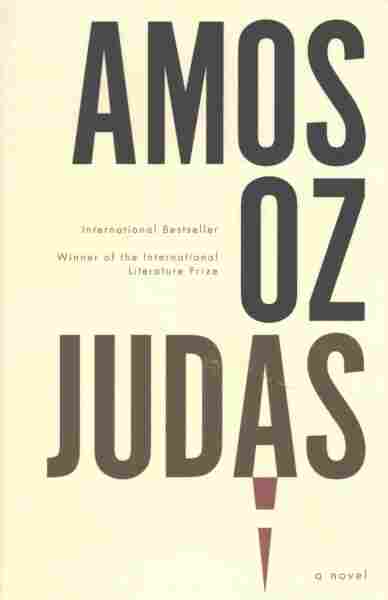 The Israeli writer and peace advocate Amos Oz spoke at the funeral of his friend Shimon Peres a few weeks ago.

He talked about the late Israeli statesman's two conflicting sides "that can't co-exist — on the one hand a deep respect for reality and its constraints, and the other an impulse to change that reality."

That observation also seems to apply to Oz's new novel, Judas. It's set in Jerusalem in 1959, and two of its characters are men with political outlooks that seemingly cannot co-exist. Both are Jews; one sees war as something necessary, an inevitable fact of Israel's being an independent Jewish state, something necessary. The other opposed Israel's very claim to statehood, believing that that claim caused the first Arab-Israeli war — and for expressing that position, he was branded a traitor.

Oz tells NPR's Robert Siegel that he chose to set the book in 1959 because he wanted to "go back to the roads not taken." It's a novel of ideas, he says, "where different people argue vehemently and where I actually do not take anyone's side."

On Judas and the idea of being a traitor

Well I've been called a traitor a few times in my life by some of my countrymen. But this is no exception. Almost every person who steps out of the consensus is accused of treason by his contemporaries, or by her contemporaries. In fact, my protagonist in this novel, Shmuel Ash, says that a traitor is very often simply a person who changes in the eyes of those who despise change, who mistrust change, who are antagonized to every change.

A Compelling, Chutzpadik History Of 'Jews And Words'

On the three people at the heart of the novel

[One] is very skeptical about world reforming, and about any ideology, and about all religions — he thinks all of them, without exception, ultimately lead to violence and bloodshed. There is on the other hand a young, idealistic world reformer who changes in the course of the novel, and who is obsessed by the story of Judas and Jesus. And there is a middle-aged woman — angry, injured, cynical, untrusting of the entire male sex, whom she thinks consists of people who will never grow up; eternal adolescents who are fascinated by bloodshed and by violence. So those two, three different people, who really represent three different planets, they talk to each other and they reshape each other, and they end up after three months almost loving one another.

On whether he feels hopeful about Israeli life

You know, I feel much more comfortable talking about the past than about the future. I'm old enough to know that life is full of surprises, and this is true of this country as much as it is true of Israel. I have seen people surprising not only others but even themselves. I have seen people doing — leaders, political leaders, intellectuals, writers, poets, artists — I have seen them doing things which surprised themselves, not just the listeners or the viewers or the media. By the way, that's how I make a living. The microphone which I'm using now will not change. It will remain the same microphone until it is outdated. But you and I do change. You and I — I don't know you personally, but you and I — we both did things which surprised ourselves from time to time, so we don't really know. We don't really know what people might do.