Accessibility links
Trump Advisers Assess Whether To Keep FBI Director James Comey Comey has nearly seven years left on his term but became a divisive figure during the presidential campaign. The Trump team is also considering how to fill critical Justice Department vacancies. 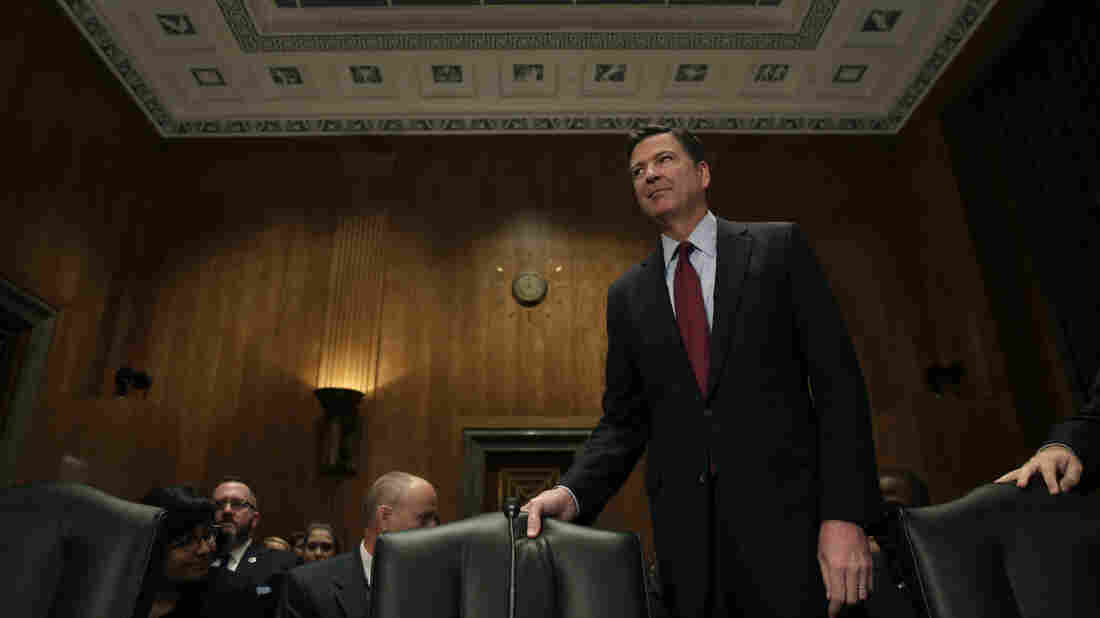 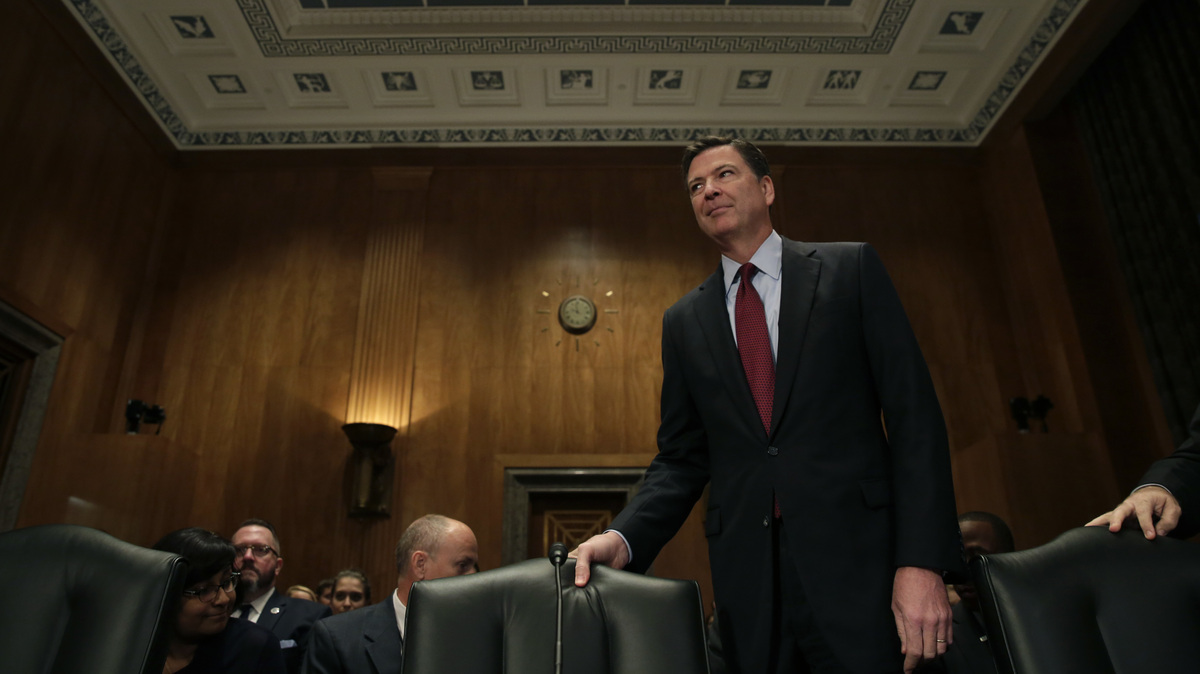 Advisers to President-elect Donald Trump are considering whether to retain FBI Director James Comey after the agency became an issue in one of the most divisive campaigns in modern history, three sources told NPR.

Comey has nearly seven years left to serve in his 10-year term. The FBI director's position extends beyond the term of any single president to help insulate the bureau from political forces as it pursues sensitive criminal and national security investigations.

But that arrangement failed to protect the FBI from fierce criticism over its handling of the investigation of classified information on Democrat Hillary Clinton's private email server. The FBI had all but cleared Clinton in July, only to notify Congress it had renewed investigative steps 11 days before the election. The FBI acted despite Justice Department traditions that direct investigators to steer clear of actions that could influence the outcome of an election.

Two days before Election Day, Comey ultimately concluded that a newly discovered cache of emails did not change the earlier result — no criminal charges for Clinton, the former secretary of state. But in a call with top donors on Saturday, Clinton's team blamed him for her loss.

On CBS's 60 Minutes Sunday, the Republican president-elect declined to comment on whether he would ask Comey to resign.

"I haven't made up my mind," Trump said. "I respect him a lot, I respect the FBI a lot ... I would like to talk to him before I answer a question like that."

"Sounds like you're not sure," interviewer Lesley Stahl interjected.

"I'm not sure," Trump replied. "I'd want to see; he may have had very good reasons for doing what he did."

Trying to keep politics out of it, but angering both parties

A slice of the Republican legal elite has nursed a grudge against Comey for years, for his role in supervising and expanding an investigation into a leak of a CIA operative's name when Comey was the second in command at the George W. Bush Justice Department. Federal prosecutors went on to charge and convict Lewis "Scooter" Libby, a close aide to former Vice President Richard Cheney, in the case. Libby recently won back his law license.

That controversial episode and others have helped Comey cultivate a reputation for independence. And the very nature of the FBI director's long tenure is designed to encourage decision-making that withstands choppy political turbulence.

"We must await more evidence, but just from the outside, it seemed to me that James Comey was trying to keep the FBI nonpartisan," said historian Timothy Naftali, an associate professor at New York University.

The FBI director serves at the pleasure of the president, and it would not be unprecedented to pressure the director to resign, Naftali said.

"It's very difficult to be nonpartisan in Washington," he added.

In fact, Comey's actions over the course of the campaign wound up angering both the Democratic and the Republican nominees. Earlier this year, Trump went on the attack against the FBI for its decision not to recommend an indictment against Clinton, a fact that Trump and his supporters used to cast the justice system as "rigged."

The FBI has not publicly commented on any ongoing investigations that may encompass Trump or his advisers, but sources have told NPR and other news outlets that investigators are looking into ties between former Trump aides and foreign governments.

National security scholars Susan Hennessey and Benjamin Wittes, on their Lawfare blog, described Comey's fate as "one potential canary in the coal mine."

"If Trump chooses [to] replace Comey with a sycophantic yes-man, or if he permits Comey to resign over law or principle, that will be a clear bellwether to both the national security and civil libertarian communities that things are going terribly wrong," they wrote.

Racing to fill other posts

Deliberations over the FBI director's status come as Republican members of the transition team ramp up their work at the Justice Department this week. Those lawyers and advisers are racing to fill more than 300 political posts and figure out which priorities and policies they want to change after nearly eight years of Democratic control.

The team is led by Kevin O'Connor, a former top federal prosecutor in Connecticut who held the third-ranking job at Justice, associate attorney general, under President George W. Bush.

The transition team intensified its efforts after Trump's victory last week, and is now focused on setting an agenda for the earliest days of the new presidency.

Among the items on that agenda, so far: immigration, setting the stage for congressional re-authorization of surveillance authority, beefing up the federal response to cyberattacks by criminals and foreign states, selecting and confirming a Supreme Court nominee, and repairing the relationship between the federal government and local law enforcement.

On the campaign trail, Trump has pushed the idea of a war on police, and he told the International Association of Chiefs of Police that holding police accountable should mostly be the work of state and local governments. That represents a major shift from the Obama years, when federal civil rights lawyers investigated dozens of police agencies for discrimination or excessive force.

At the Justice Department, career appointees have been working quietly for months to prepare for the shift in power.

The first order of business for the transition team is advising on the next attorney general. Several close Trump advisers, including Rudy Giuliani and Alabama Republican Sen. Jeff Sessions, worked at the Justice Department earlier in their careers.

One key question is whether they are interested in the post, and interested enough to withstand what could be intense and negative confirmation battles mounted by the Democratic minority in the Senate.