Accessibility links
Critics See Legal, Political Risks If Trump Keeps Ties To His Businesses Donald Trump has said he will turn management of his business interests over to family members. An adviser says the president-elect should consider removing himself completely from running his firms. 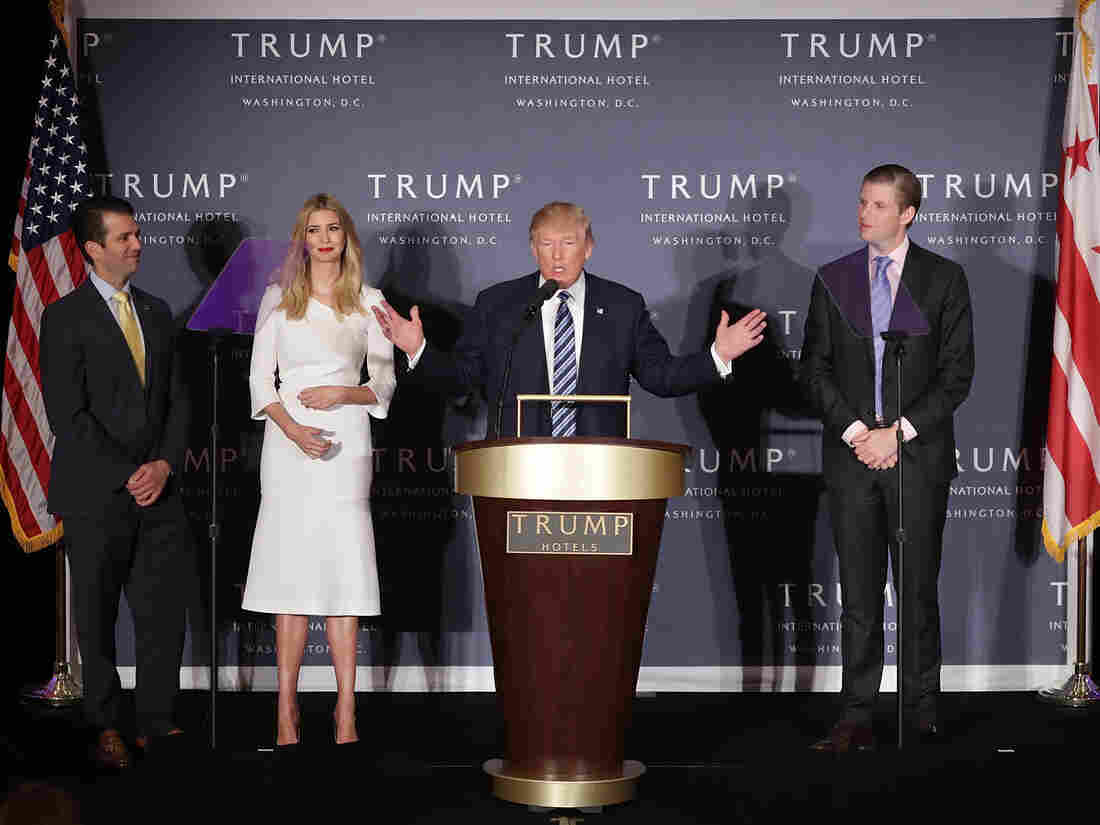 Donald Trump has promised to turn his company over to his three grown children — Donald Trump Jr. (from left), Ivanka and Eric — to run once he's sworn in. Chip Somodevilla/Getty Images hide caption 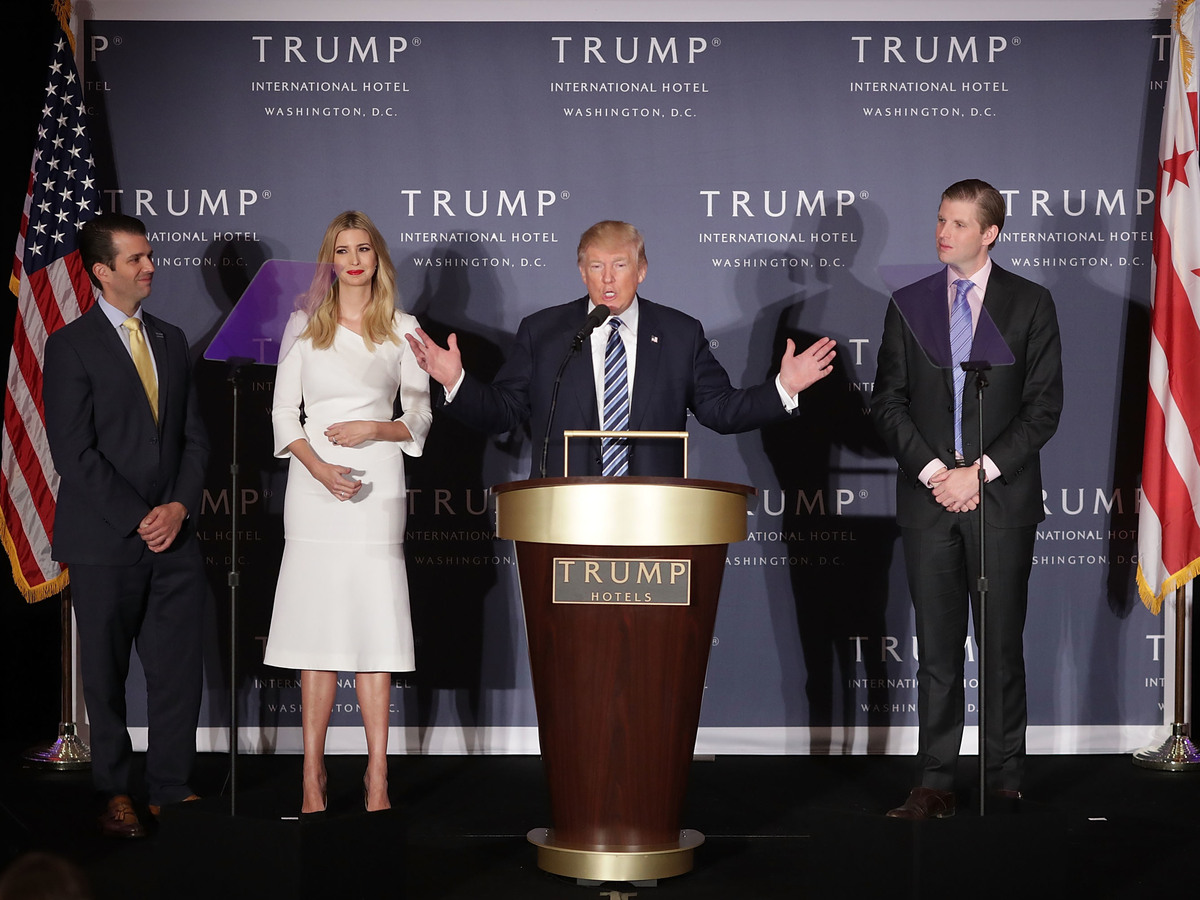 Donald Trump has promised to turn his company over to his three grown children — Donald Trump Jr. (from left), Ivanka and Eric — to run once he's sworn in.

Federal law says anyone who works for the executive branch of the government has to avoid conflicts of interest. The Treasury secretary cannot own stock in a big bank, for instance. And Richard Painter, who served as ethics adviser under President George W. Bush, says different administrations have typically been scrupulous about following the law.

"Whenever anyone was even considering a position that would be appointed by the president, I would discuss with that person the need to sell off assets that create conflicts of interest," Painter says.

But ironically the law that bars conflicts of interest for, say, a deputy assistant cabinet secretary, doesn't apply to the president or vice president. That means President-elect Donald Trump can continue to operate his vast network of businesses while serving as president. Trump has said he won't do that. He says he'll let his three grown children run his companies instead.

The ranking Democrat on the House Oversight Committee, Elijah Cummings of Maryland, is calling for congressional hearings into Trump's business interests.

Rudy Giuliani, the former New York City mayor and U.S. attorney, suggested on CNN on Sunday that Trump needs to keep the businesses operating to be fair to his children.

But Giuliani, who is a top adviser to the president-elect, also said later that Trump should consider some kind of arrangement to remove himself completely from running his companies.

There are enormous risks to a Trump presidency, legal risks and other political risks, if he keeps these business interests while he serves as president.

Among government ethics experts the idea of a sitting president's family running businesses for him raises all kinds of red flags.

"If we heard a similar situation described of a country in maybe Africa or another part of the world about the role that the family was going to play while their father was in the presidency, we'd often refer to that as kind of one of the features of a banana republic," says Meredith McGehee, with the nonpartisan group Issue One.

The Trump family does considerable business with overseas banks and governments. McGehee asks what happens when one of Trump's children goes out to negotiate a deal.

"What's the message to the people they're dealing with? Is it: You better deal with me or there's going to be retribution? Or, I really want to deal with you because I think there's really some reward for my business?" she says.

And Painter, the former Bush ethics adviser, says Trump risks running afoul of the Emoluments Clause of the Constitution, which bars U.S. government employees from getting paid by foreign countries or the companies they own. Painter says at worst that could lead to a constitutional crisis between Congress and the president.

"There are enormous risks to a Trump presidency, legal risks and other political risks, if he keeps these business interests while he serves as president," Painter says.

At best, Trump's business ties are likely to pop up repeatedly as a source of suspicion and scrutiny, McGehee says. "The more of these kinds of ethical distractions that arise, I think the worse it is for President-elect Trump to actually come in and do the job he says he wants to do," she says.

And, she says, that could impede the country's ability to move forward after the long, contentious presidential campaign.