Accessibility links
To Make 'The Godfather' His Way, Francis Ford Coppola Waged A Studio Battle Coppola was 29 years old when he signed on to direct a film. "I was young and had no power," he says, "so [the studio] figured they could just boss me around." But the young director fought back. 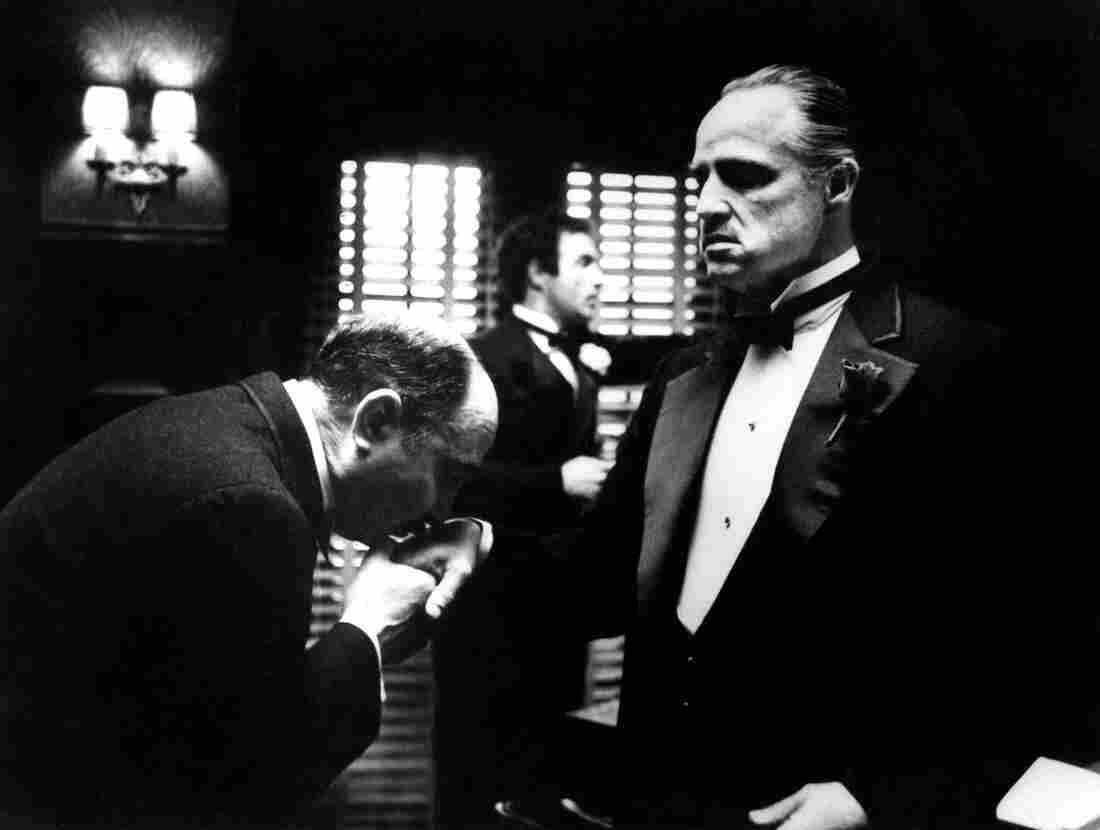 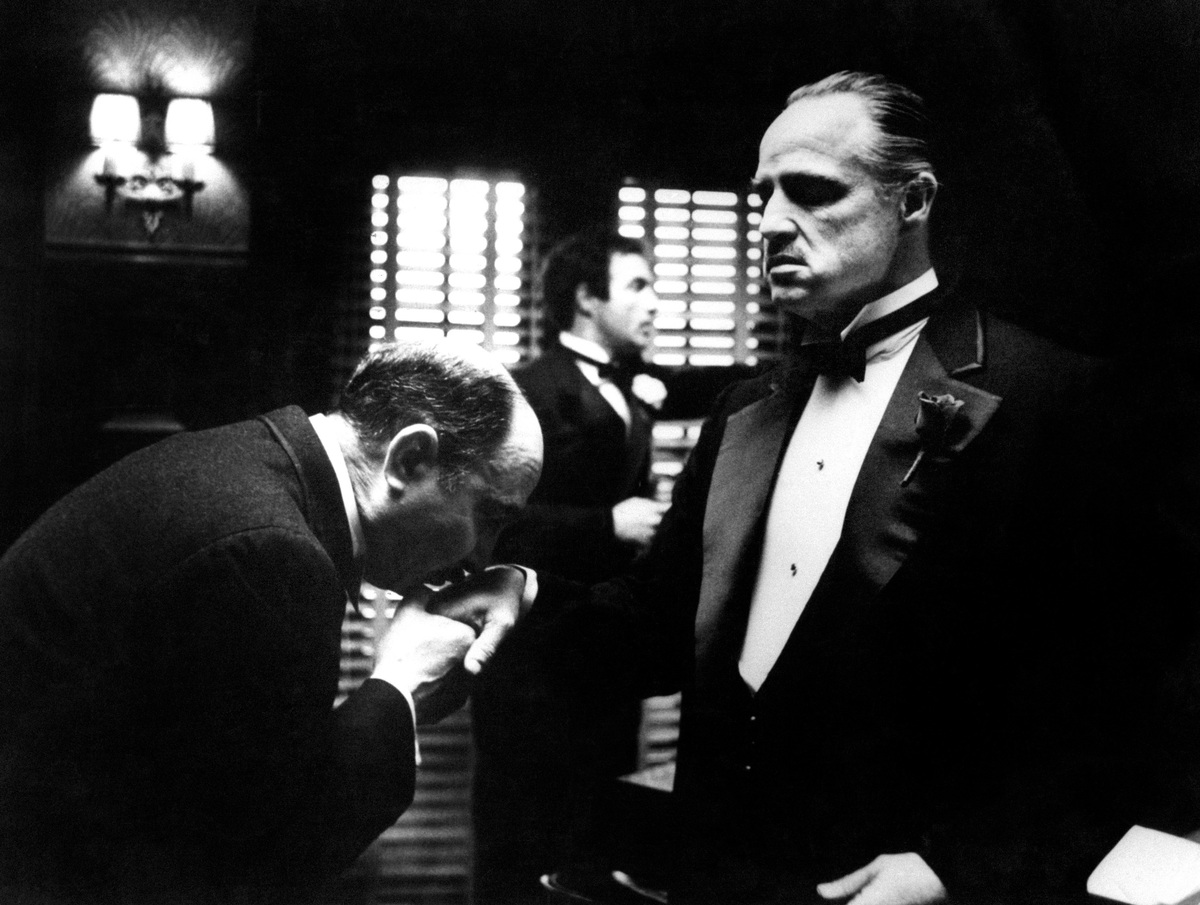 Francis Ford Coppola signed on to direct The Godfather when he was just 29 years old. The film centers on a fictional Sicilian crime family in New York City and Coppola knew nothing about the Mafia, but he did understand Italian-American culture and tradition — and he was determined to avoid stereotypes.

The director tells Fresh Air's Terry Gross that he had no idea at the time how successful the film would be. Instead, as a young director, he was focused on getting the studio to let him do it his way. "It was just the most frightening and depressing experience I think I've ever had," he says. "I had no power and yet I had real opinions in how it should be done." 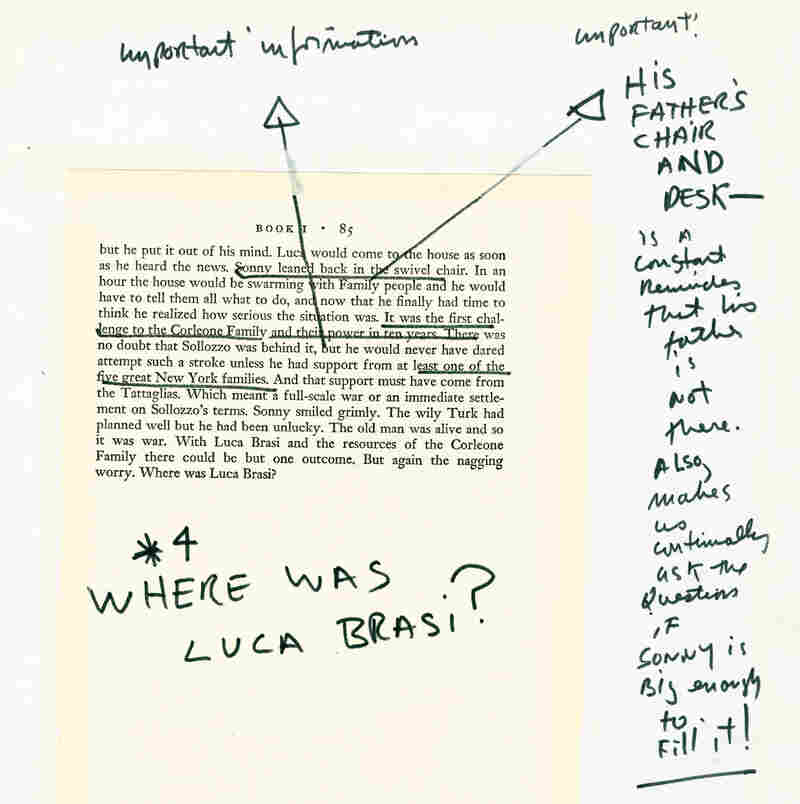 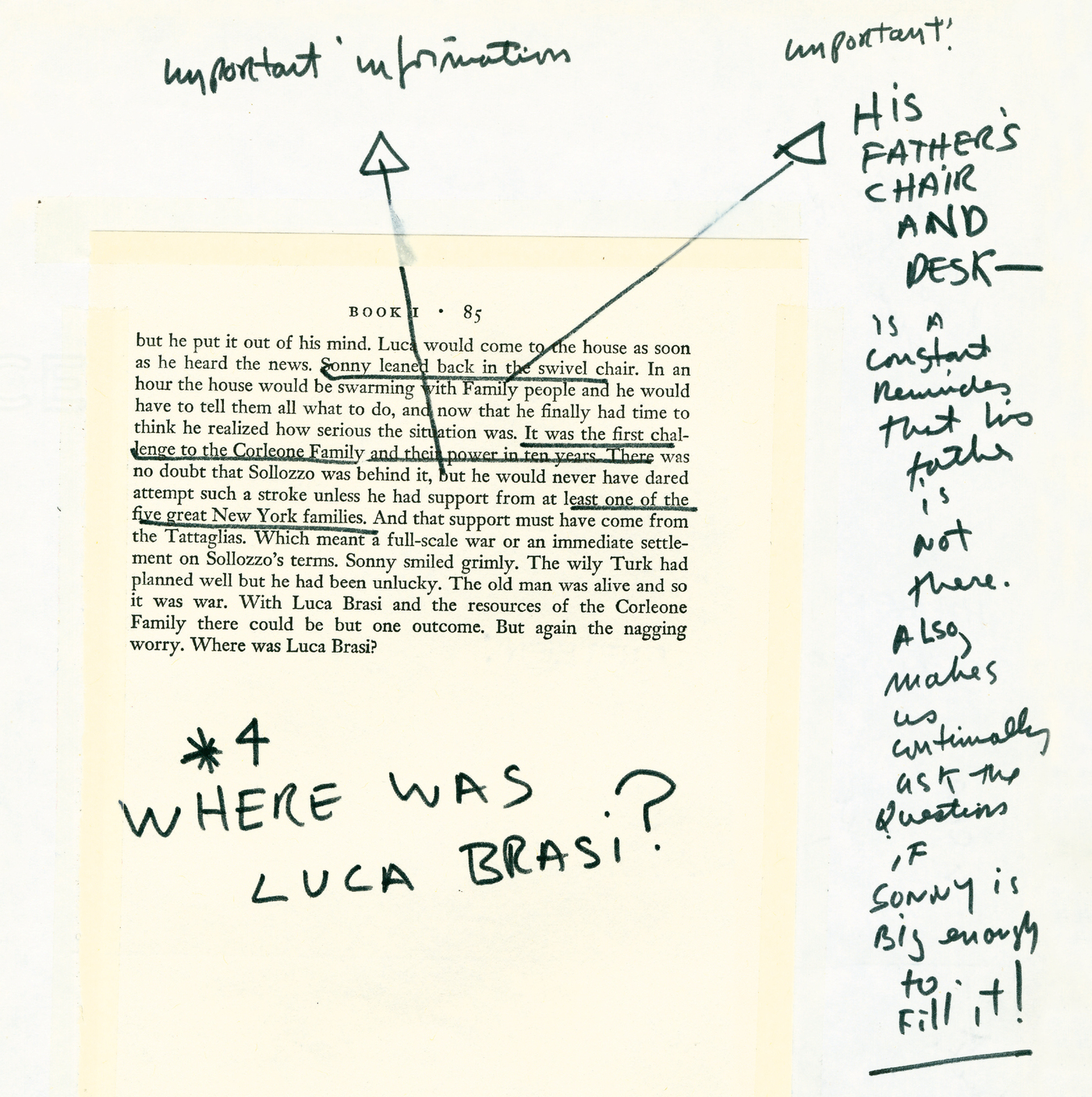 A page from The Godfather Notebook shows Coppola's notes on Mario Puzo's book.

As he was preparing to make the film, Coppola put together a notebook with ideas for each scene and pitfalls to avoid. It also included pages from the eponymous Mario Puzo novel the film was based on, with Coppola's notes in the margin. Coppola has now published those materials into a new book called The Godfather Notebook.

I said in the dialogue, "First you brown some sausage and then you blah blah blah." And the note from Mario on the script said, "Francis. Gangsters don't brown. Gangsters fry." So that's who Mario was, he was always correcting with notes on the page. It's true, gangsters would never say "brown."

On the thought he put into The Godfather's more violent scenes

Films are a tremendous collaboration, as you know. It's not a one-man show by any means.

I confess that I was very impressed with ... Bonnie and Clyde. ... And I thought that the effects, the depiction of violence, in Bonnie and Clyde always had an imaginative twist to it — that it's one thing to see someone shoot someone, but if there's a detail, the way the blood turns into mist. ... I thought it was absolutely wonderfully done, and I looked up who had done the special effects and that wonderful man, A.D. Flowers, he worked on The Godfather and Apocalypse Now.

In the film industry, you deal with a lot of people on the crew who are geniuses in the rough, the way they come up with ideas for special effects and what have you, and I've been blessed to have those people help me in making films. Films are a tremendous collaboration, as you know. It's not a one-man show by any means.

[It was a] very big fight. ... The studio had this young director [Coppola] who was hired mainly because he was Italian-American and that would possibly be good in terms of saying, "Well, an Italian made the film." And also I had some acclaim as a screenwriter and they knew the script needed to be worked on, so they figured they'd get a free rewrite out of it, which they did. And also I was young and had no power, so they figured they could just boss me around, which they proceeded to begin to do. 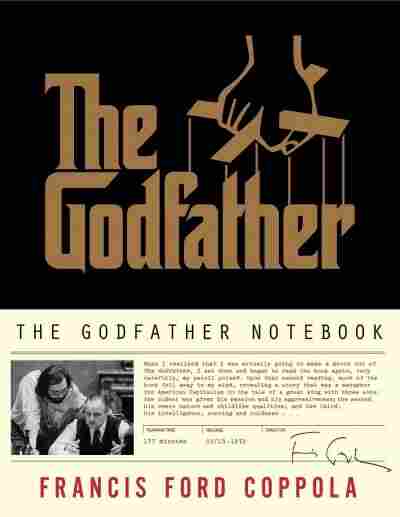 The film was only budgeted for $2.5 million. You have to understand, it's not like we could throw money around. My decision to make it in the '40s and have period cars and shoot in New York was already impacting the cost, so that's one of the reasons why I was so unpopular, but [the studio] also hated my casting ideas. They hated Al Pacino for the role of Michael and they hated Marlon Brando for the role of the Godfather. I was told categorically by the president of Paramount, "Francis, as a the president of Paramount Pictures, I tell you here and now, Marlon Brando will never appear in this motion picture and I forbid you to bring it up again." ...

When he said, "I forbid you to bring it up again," I feigned that I just fell on the floor, on the carpet, and then I said, "What am I supposed to do if you tell me I can't even discuss it? How can I be a director if the part I think should be cast — you won't even let me talk about it?"

They said, "All right, we'll tell you it this way: 1) If he will do the movie for free 2) if he will do a screen test and 3) if he will put up a $1 million bond that he will in no way have any misbehavior that costs the overrun of the picture budget. Then you can do it." So I said, "I accept," ... meaning now I can talk about it.