Accessibility links
With Trump Win, Gun Sellers See Win — And Loss Donald Trump has championed gun rights, but it turns out, the Obama years have been good for the U.S. gun industry. In Kansas, the prospect of a Clinton win sparked some to spend big on guns. 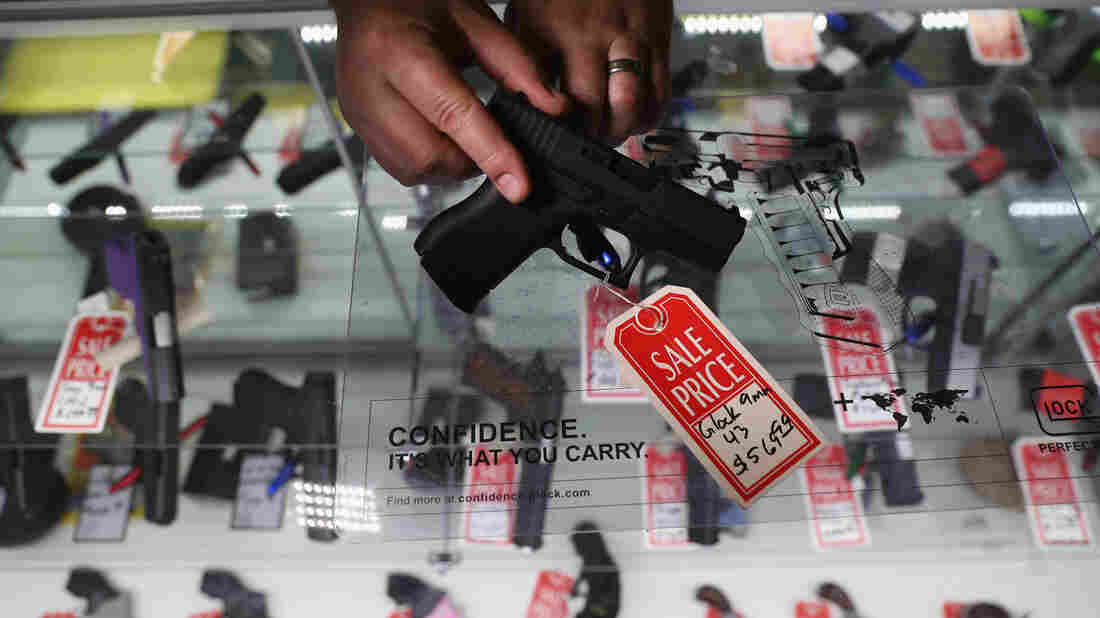 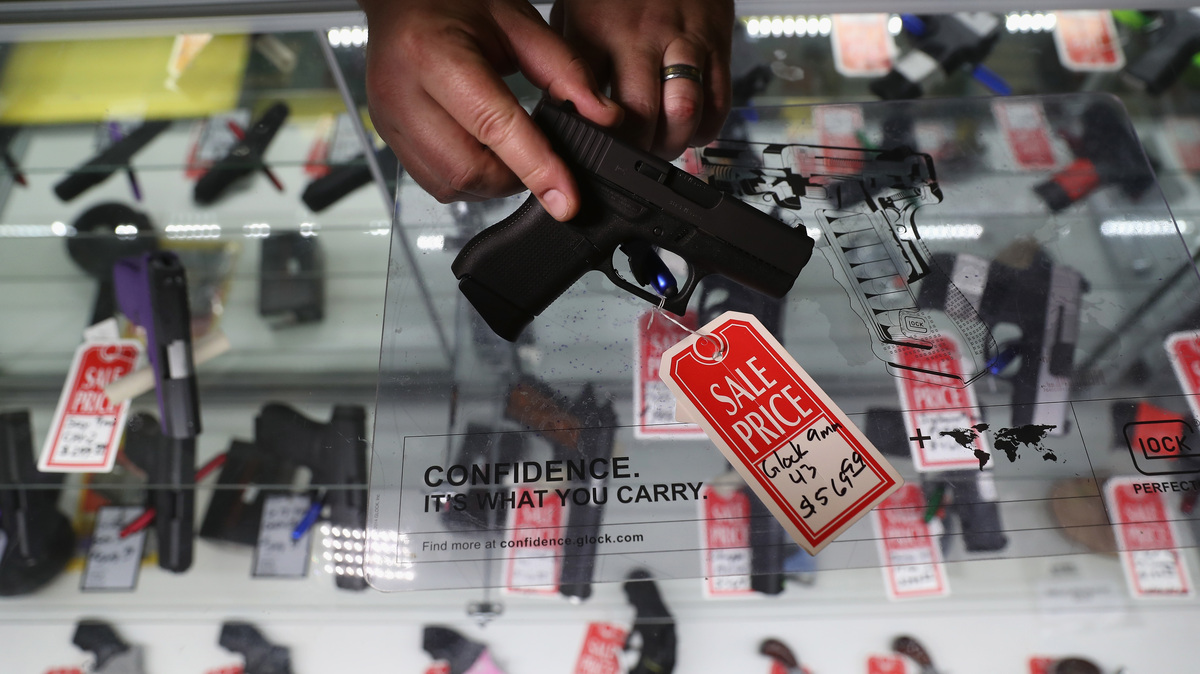 It's no secret that Donald Trump campaigned as a champion of gun rights, but a Trump administration poses both welcome relief and an immediate problem for the gun industry.

"This means that we're not gonna be under siege for a few years, and it seems like it has been," Cavener says.

But the Obama years have actually been awesome for the U.S. gun industry. It has roughly doubled in size, according to the National Shooting Sports Foundation, an industry trade group.

"You're causing people that wouldn't normally buy a gun to buy two or three. The owner here, Craig, he had sold three rifles to one individual, just because of a possibility [of a Clinton presidency]," Bissey says.

The shop has only been open a month, and owner Craig Antovoni says customers have been spending big.

"They were a little nervous thinking about Hillary getting in the office, and there's been a run on the guns and parts," he says.

But Wednesday, those sales evaporated. That day, Antovoni says, traffic was "a little slow."

"The message is in fact that the government is going to come take your guns away," says professor Don Haider-Markel at the University of Kansas. He says that message made hoarding guns seem like political defiance.

"I think the NRA and conservative media in general have pushed the idea that your rights are really under threat, and not only do you need to exercise those rights by owning guns, but you should own as many guns as you can afford," he says.

At Centerfire Shooting Sports in Olathe, Kan., there's a cheery Christmas tree, fresh cookies and coffee for customers. The business is 4 years old, another part of the Obama-era gun industry expansion.

"We'd only been open a month when Sandy Hook happened, and we didn't know what to expect, and it was crazy," says co-owner Jean Basore.

She thinks a Clinton victory would have produced another spike in sales. But, she says, Clinton's likely gun control measures would have been bad for her industry long-term. Basore thinks the gun industry is turning a corner. About a quarter of her customers are new to guns and many are women.

"So I don't think a fear-driven, momentary surge in gun sales is what the industry needs as a whole," she says. "For all businesses, I'm a small business owner, so I want a strong economy, so people have that income to spend."