Accessibility links
See Who Is On Donald Trump's Transition Team, Including Lobbyists And Loyalists A fair number are Washington insiders, according to an organization chart of the team obtained by NPR. That's surprising for a candidate who pledges to "drain the swamp." 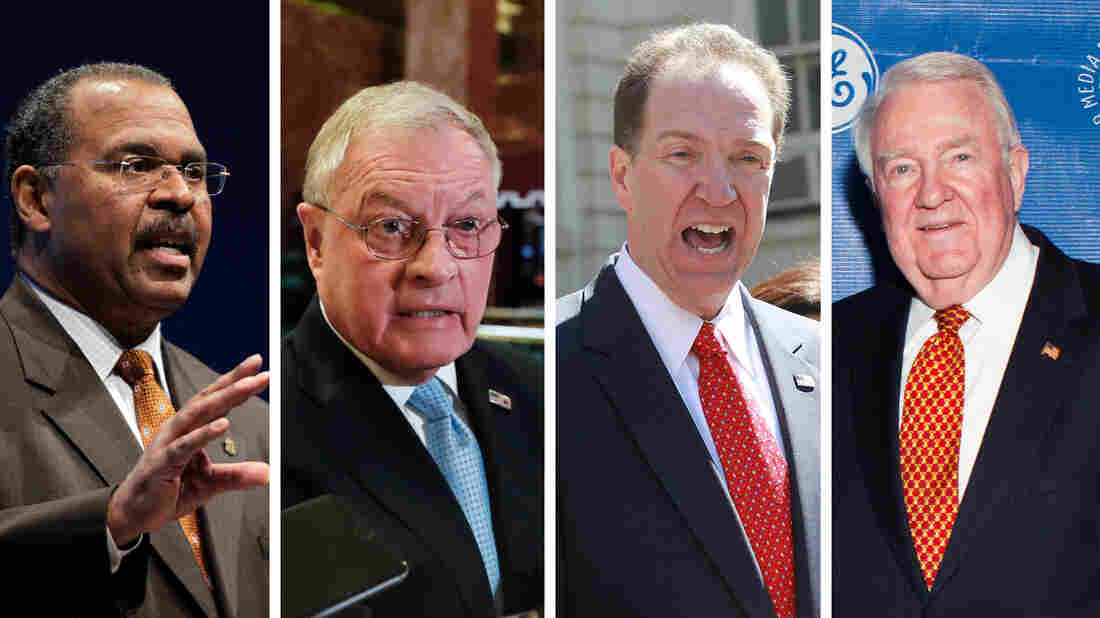 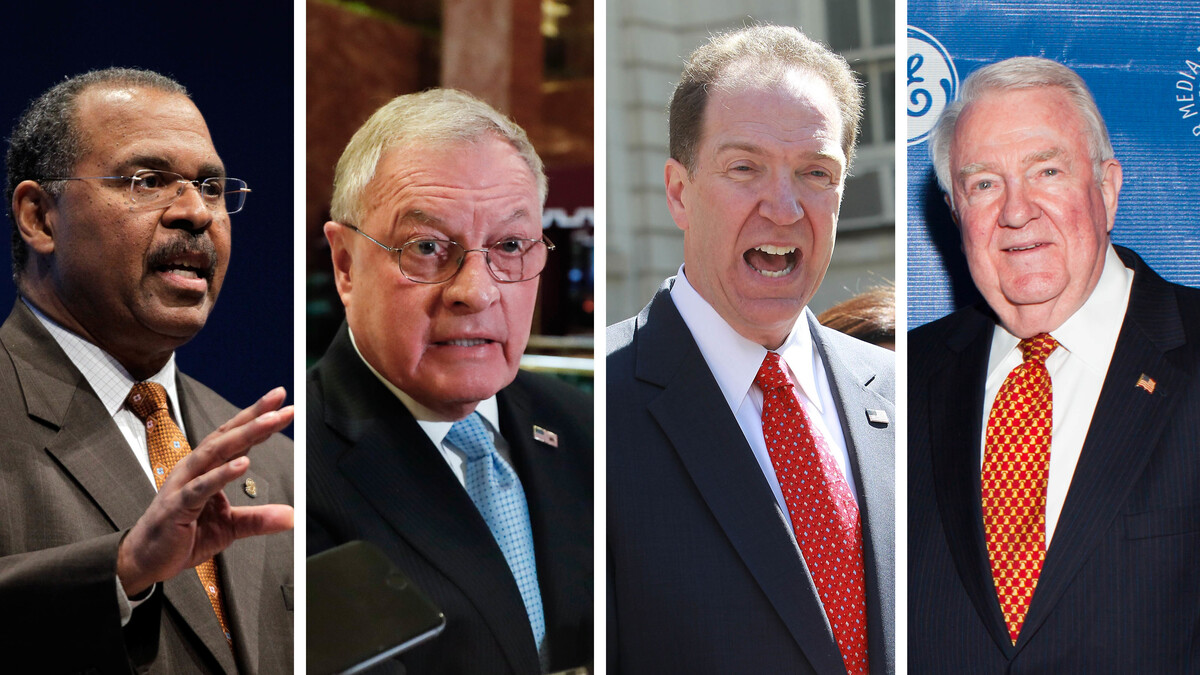 The Trump transition team is a work in progress, but there are certain things we know. It's being led by Vice President-elect Mike Pence, and it includes an executive committee that includes several members of President-elect Donald Trump's family.

NPR has obtained an organizational chart, which lists the names of those who are heading "teams" with responsibility for many of the federal agencies and departments. Several of them, especially in the national security realm, played advisory roles in the Trump campaign. Most are white men. And, somewhat surprisingly for an administration that pledges to reduce the impact of lobbyists in Washington to "drain the swamp," a fair number of them are lobbyists.

Keep in mind that the transition is a fluid process. For instance, New Jersey Gov. Chris Christie was the original transition chairman until he was replaced by Pence, and Mike Rogers was originally the national security lead, until he unexpectedly withdrew. The New York Times reported that lobbyist Matthew Freedman, also on the national security team, was fired. (Trump denied the Times report that his transition team is in flux, tweeting that it's going "so smoothly.")

Here are some of the people who are on Trump's transition team. 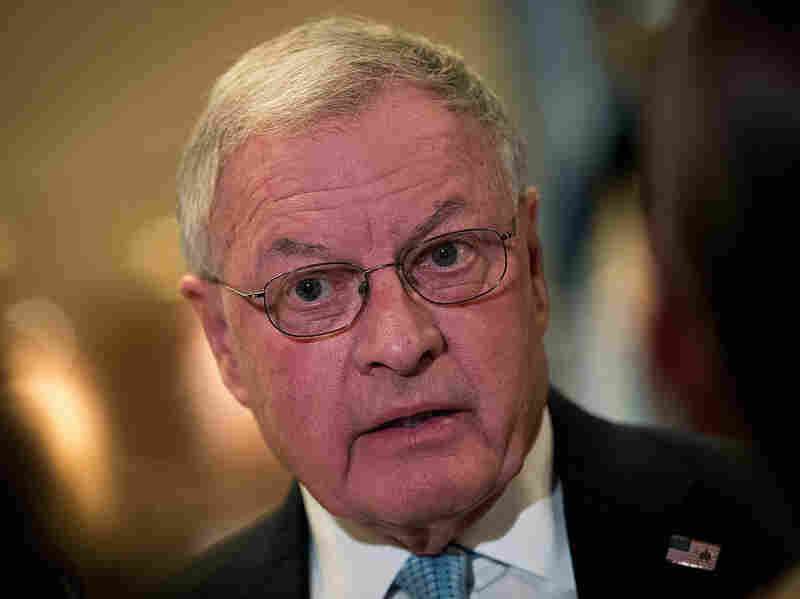 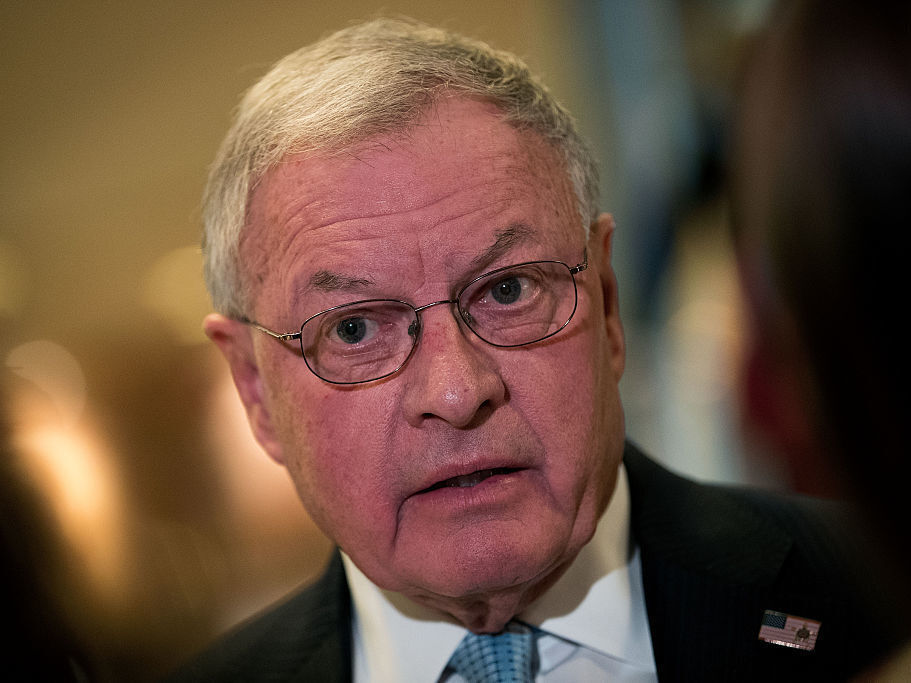 A former officer in the Navy, Ron Nicol has worked as a senior adviser to The Boston Consulting Group (the same company where Mitt Romney got his start) since January of 2016. According to his bio on BCG's website, Nicol's focus is on telecommunications and airlines. Prior to his work at BCG, he worked at Babcock and Wilcox, an energy and environmental technology company.

Nicol will oversee the following six groups, each with its own lead.

Keith Kellogg is a retired Army lieutenant general who endorsed Trump last summer. He served two tours in Vietnam and was chief of staff for the 82nd Airborne Division in Operation Desert Storm. Since retiring from the military, Kellogg has worked for a number of defense and homeland security contractors.

Former Michigan Rep. Mike Rogers was originally slated to lead the National Security transition team. However, in a statement released Tuesday, he said he was "pleased to hand off our work" to a new team led by Mike Pence.

There are several people working underneath the head of the National Security team. They include: 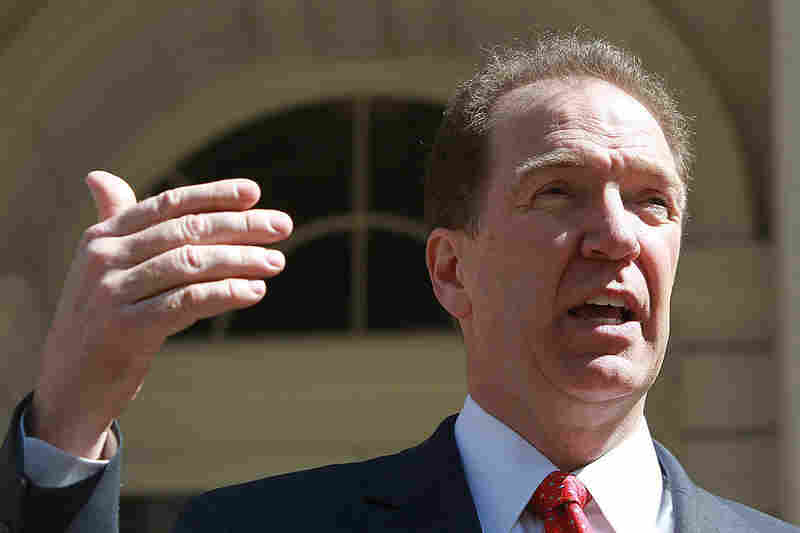 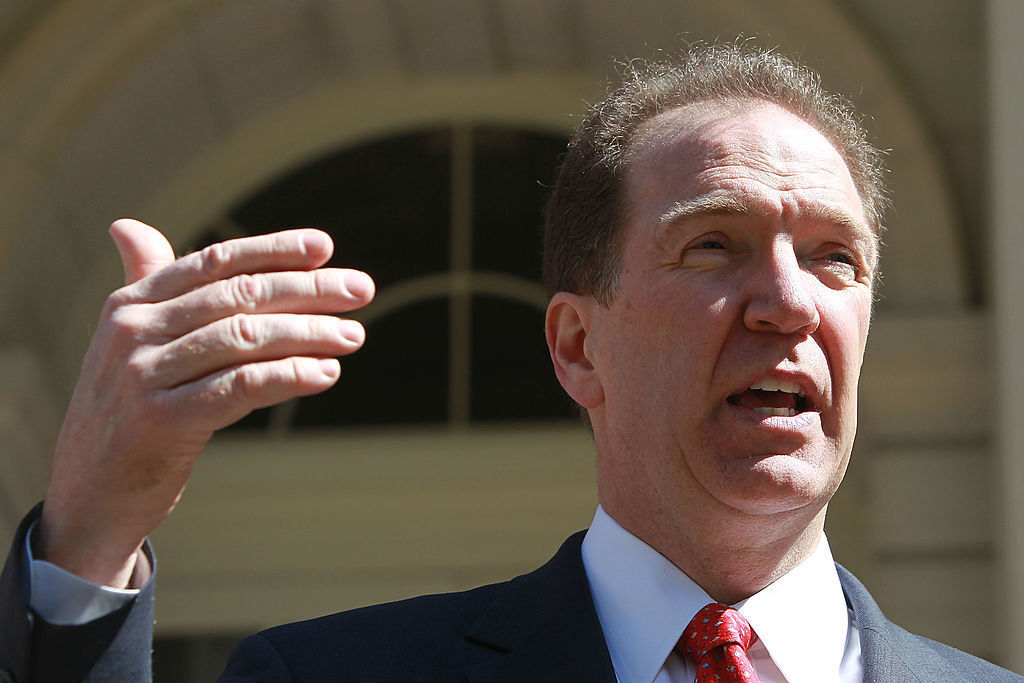 David Malpass is the president of Encima Global, a consulting and economic research firm. Previous positions include work at Bear Stearns as a chief economist, controller at Consolidated Supply Co. and a variety of appointments during the Reagan and Bush administrations, including deputy assistant treasury secretary for developing nations, deputy assistant secretary of state and senior analyst for taxes and trade at the Senate Budget Committee. Malpass ran unsuccessfully for a New York Senate seat in 2010 and was an adviser to former New York Mayor Rudy Giuliani during his 2008 bid for the White House. In an interview with Marketplace, Malpass expressed his belief that Trump is capable of changing government, saying, "[The federal government] is this giant entity that's constantly affecting people's lives. And I think they haven't been making good decisions in the current administration and we need a better one."

Bill Walton is the chairman of Rappahannock Ventures (a private equity firm) and Rush River Entertainment (film production company). He is a senior fellow for the Discovery Institute's Center on Wealth, Poverty and Morality and is the chairman of the board and CEO of Allied Capital Corp. 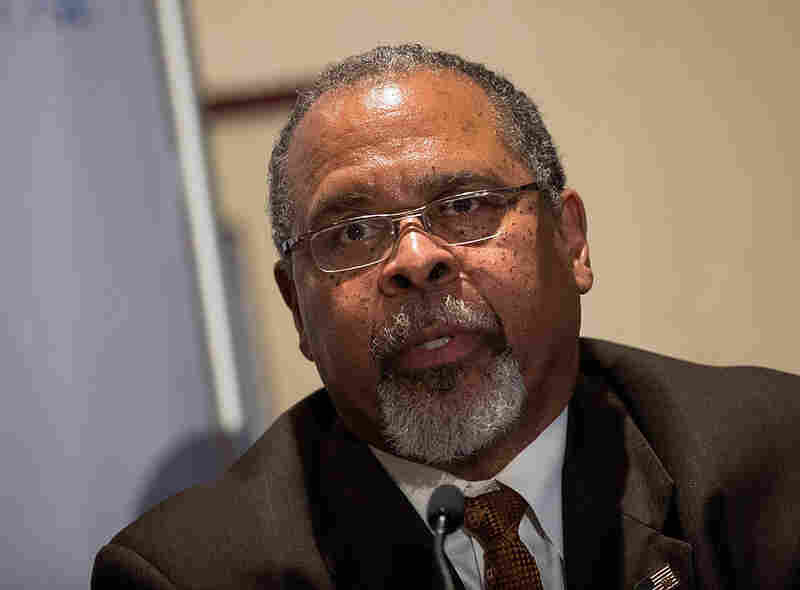 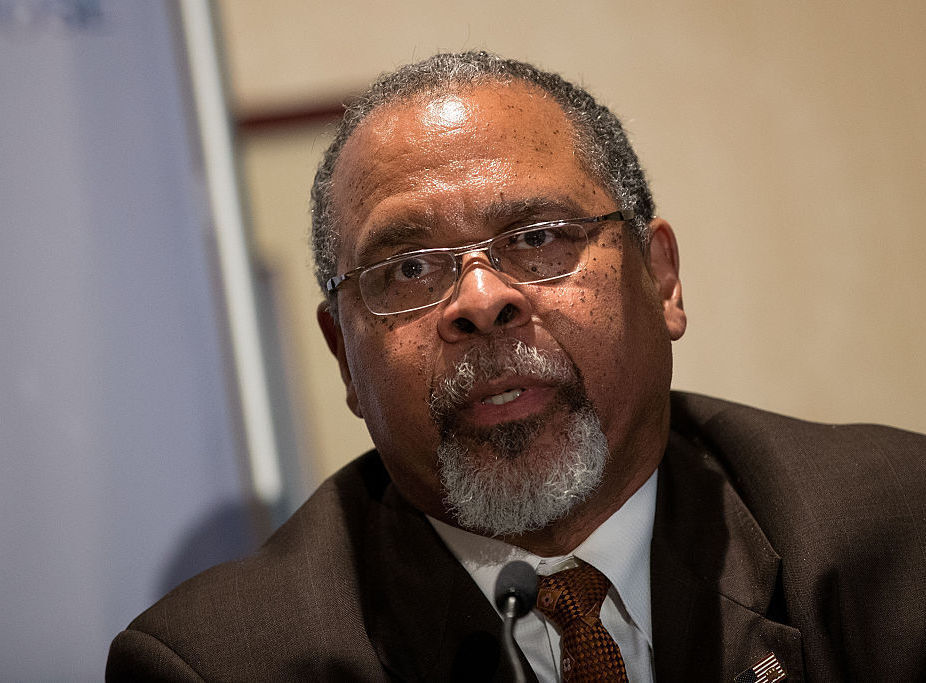 Ken Blackwell, seen in June, is the former Ohio secretary of state.

Ken Blackwell is the senior fellow for human rights and constitutional governance at the conservative Family Research Council. The author of several books, including Resurgent: How Constitutional Conservatism Can Save America, Blackwell is a former mayor of Cincinnati and former Ohio secretary of state and treasurer. He was the first black major party nominee for Ohio governor in 2006 (he lost to Ted Strickland) and ran unsuccessfully for chairman of the Republican National Committee in 2009. Blackwell has previously spoken out against Trump, saying, "Donald Trump is an existential threat to conservatism. He is arguably one of the most divisive figures in modern political history and his candidacy represents not only a threat to the Republican Party, Donald Trump is dragging the nation into the political gutter. It's time for conservative voters to open their eyes and understand the nation deserves better than this political huckster." Blackwell's appointment drew criticism from the left for anti-gay comments he has made.

There are several people working underneath Blackwell, heading up various teams. They include: 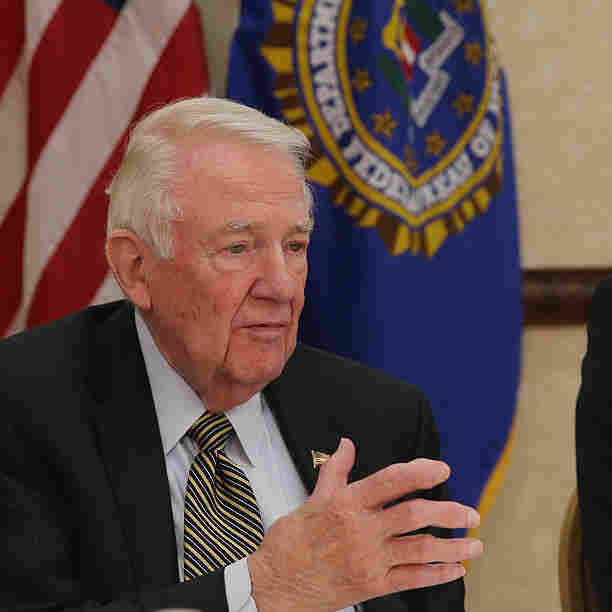 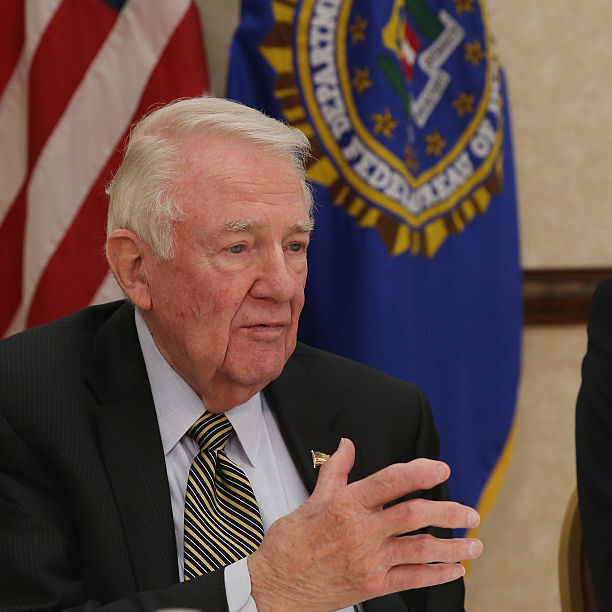 Edwin Meese is a fellow emeritus at the conservative Heritage Foundation. He served President Reagan in a variety of positions, including attorney general, and as a member of Reagan's National Security Council. He also headed the transition team after Reagan won the 1980 election.

Kay Coles James is the former director of the Office of Personnel Management. She served as Virginia's secretary of health and human resources and is the former senior vice president of the Family Research Council.

The policy implementation team is led by Ado Machida. Machida served as a deputy assistant and acting director for domestic policy to former Vice President Dick Cheney and was previously a lobbyist at Akin Gump Straus Hauer & Feld LLP and BAE Systems. He was a senior economic policy adviser on Bob Dole's 1996 presidential campaign.

Machida oversees a team of 14 people, including the executive legal action lead and executive authority adviser.

Andrew Bremberg has long been an adviser to top Republicans. He served as a policy adviser to Gov. Scott Walker during his presidential campaign and to Republican Leader Mitch McConnell. He is the former chief of staff in the Office of Public Health and Science at the Department of Health and Human Services and was brought in to help on health policy as part of the transition team for Mitt Romney during his bid for the presidency.

Carlos Diaz Rosillo is a lecturer at Harvard University. He recently taught a popular class called "The Road to the White House," examining Trump's campaign.

Other members of this team include: