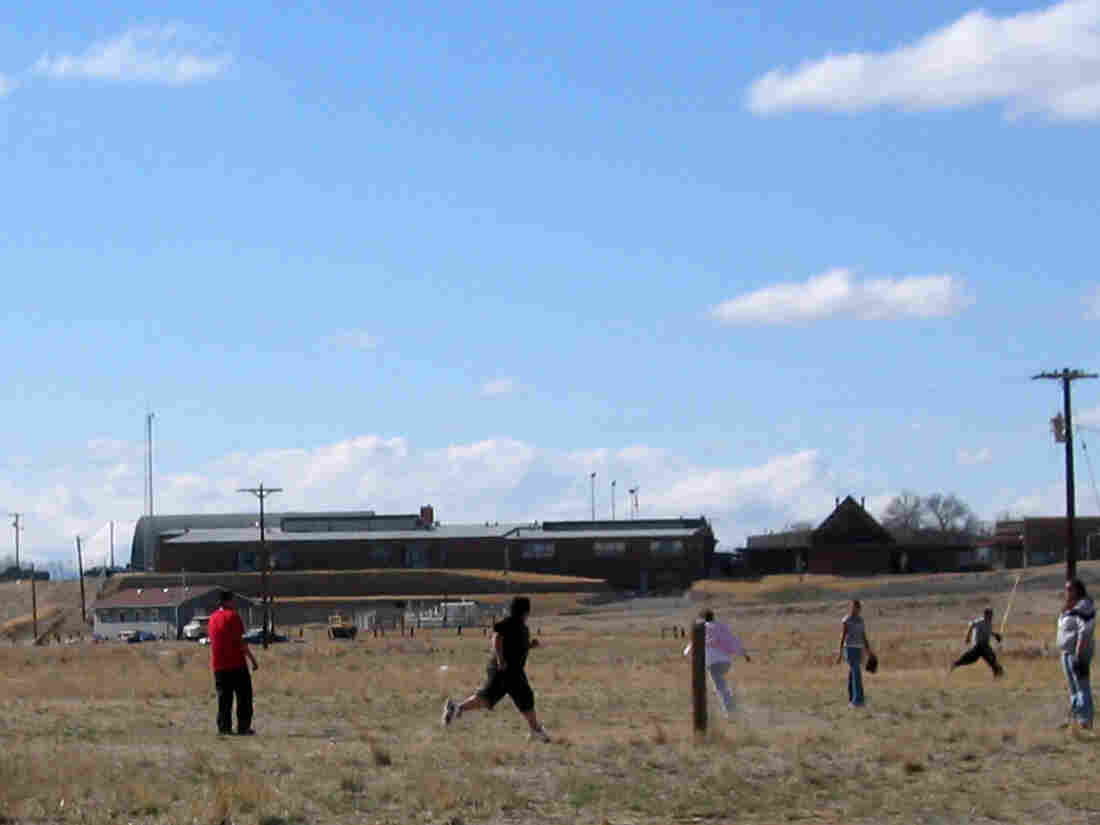 Kids play ball on the Wind River Indian Reservation, which is home to members of the Northern Arapaho and Eastern Shoshone tribes. Angie Wagner/AP hide caption 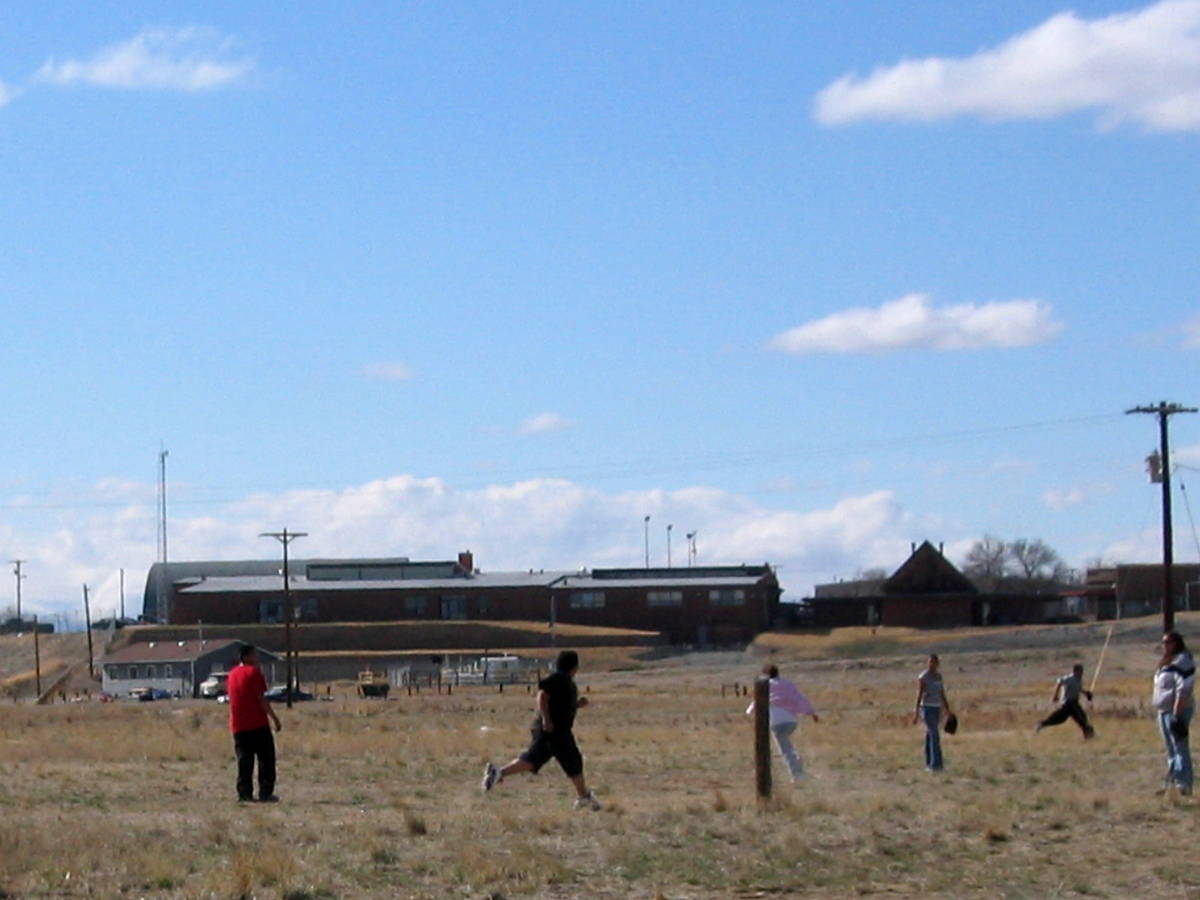 Kids play ball on the Wind River Indian Reservation, which is home to members of the Northern Arapaho and Eastern Shoshone tribes.

Thanks to improved health care, the Native American populations around the country are growing. But the number of homes hasn't kept up. That's especially true of the Northern Arapaho on Wyoming's Wind River Indian Reservation.

Northern Arapaho elder Kenneth Shakespeare raised seven children in a house with views of mountains and hayfields surrounding it. But now he has dementia and it's his kids turn to take care of him in the same four-bedroom, two-bath house they grew up in.

Shakespeare's daughter, Lynell, walks through the house, pointing out her father's room. The elder's tidy room has a large window and a cot set up to one side.

"My sister, they will stay every now and then and that's where they sleep with their grandkids," she says, pointing at the cot.

Three of Lynell's adult children also live in the house with their families. To be clear, at any given time, between 10 and 13 people live with Kenneth Shakespeare.

"I sleep in with my mom and dad where, um, they're in that room with the bunk bed and stuff," Taya Dixey, Lynell's 8-year-old granddaughter says.

Lynell says it would be nice if Taya's family could move into a trailer now sitting on the property, but says that means paying $6,000 to install electricity, which is money they don't have. One of Lynell's daughters is on the waiting list for low-cost tribal housing, but has been waiting for two years. Lynell says, anyways, the family prefers to live together and take care of their elder.

Patrick Goggles, who serves as Northern Arapaho Tribal Housing director, says Lynell and her family's preference to stay together is not uncommon.

"We find that a cultural value that enhances our family life," Goggles says.

Oregon Occupation Unites Native American Tribes To Save Their Land

He says a high birthrate has led to a population explosion and that traditional lifestyle is now strained. The tribe has grown to 11,000 people, but if they want to stay with family on the reservation, they have to cram into one of only 230 homes.

"In the business I'm in you never have all the funds or resources you need," Goggles says.

Goggles says 600 more homes need to be built, but he has to use the funds he has to keep the limited housing livable.

Heidi Frechette works for the Department of Housing and Urban Development's Native American Program. She says Congress hasn't made sure funding has kept up with inflation over the years, or with the growing tribes.

"We're finding that folks are using more and more of their funds to rehab or repair existing homes and have less buying power and ability to construct new homes," Frechette says.

More than 55 percent of the Northern Arapaho tribe can now be categorized as homeless because they're couch surfing. Tribal administrator Vonda Wells says that kind of overcrowding hurts families.

And she says with more domestic violence comes chronic illness such as diabetes, heart disease, and depression. These living environments are especially hard on the kids. Wells says there is one boy she knows who sleeps on a bench every night.

"Your body is sore," Wells says. "And then sending this child to school. And then, him trying to learn, trying to think about what his teacher's telling him and he's exhausted."

With these problems in mind, tribal leaders have been brainstorming ways to eliminate overcrowding without giving up on multigenerational living and possibly building homes to accommodate extended families with lots of bedrooms and bathrooms, and big living rooms for hosting ceremonies. For the Shakespeare family, a roomy kitchen would be great.

The family has gathered to cut and dry an elk brought in from a recent hunting trip. They say, until more homes are built, they'll keep living in a traditional lifestyle, even if it is crowded.