Accessibility links
'Bleed For This' Captures The Grime And Grit Of A Boxer's Astonishing Comeback Miles Teller is light-middleweight boxer Vinny "The Pazmanian Devil" Paz in this intimate biopic that leans more into kitchen-sink realism than glossy uplift. 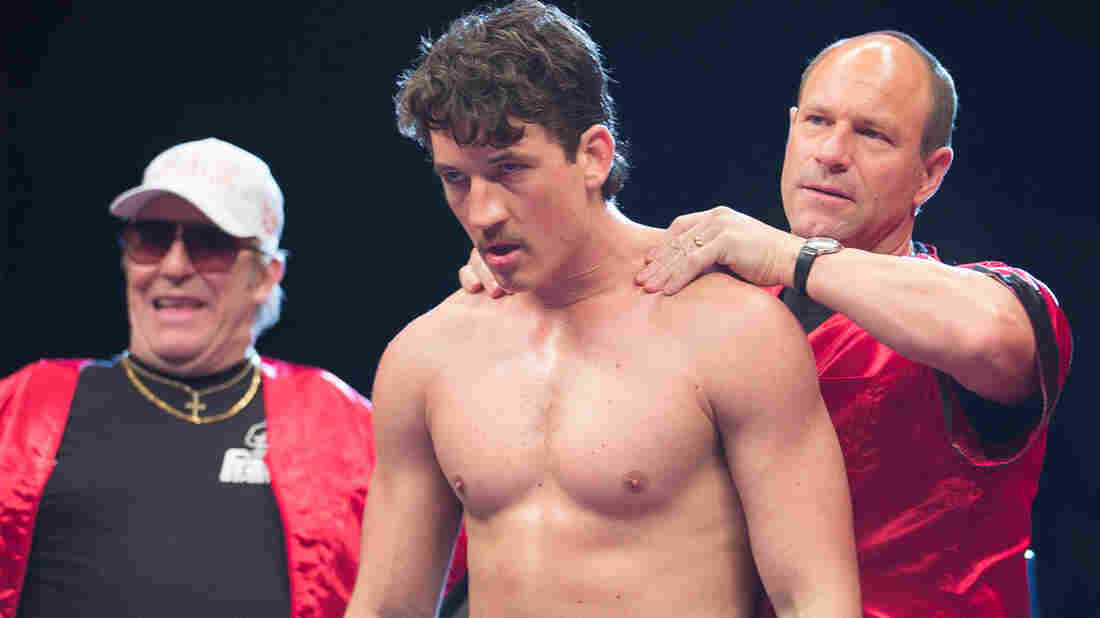 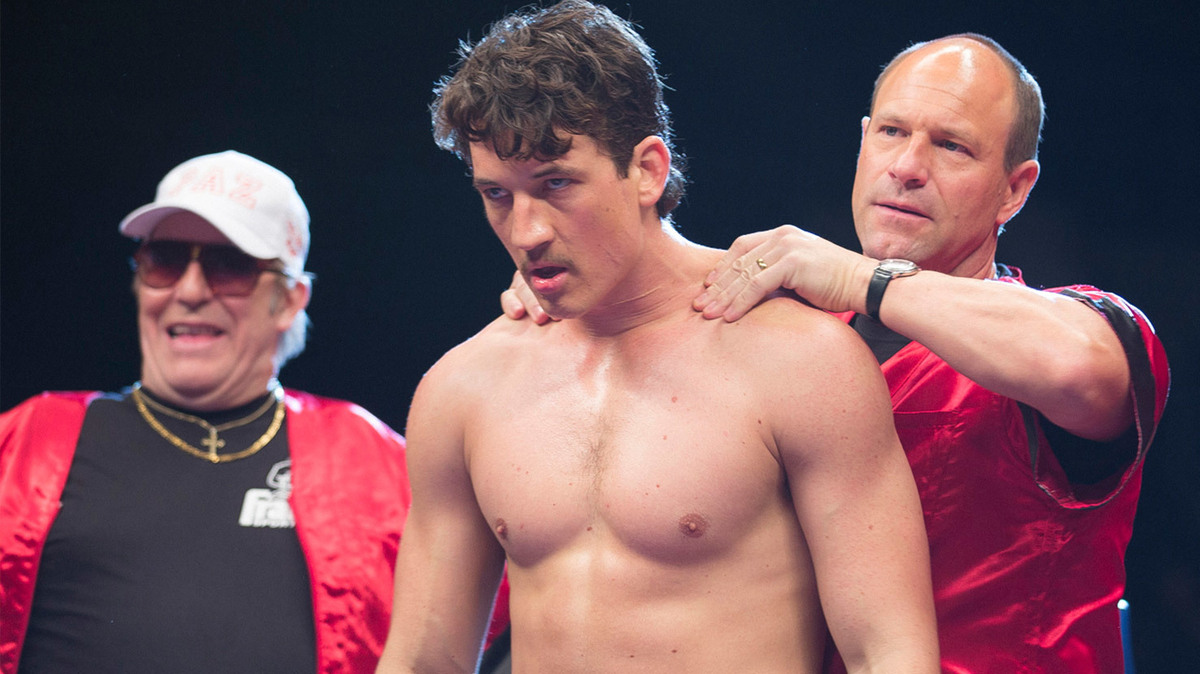 Miles Teller plays boxer Vinny Pazienza, who returned to the ring after a spinal injury.

Hands of Stone, a biopic about long-lived Panamanian boxer Roberto Durán, managed to duck audiences completely back in August. In his new fight-flick Bleed for This, writer-director Ben Younger — best known for the Mamet-esque white-collar crime drama Boiler Room — achieves a better result focusing on one of Durán's more colorful opponents: Vinny "The Pazmanian Devil" Paz (née Pazienza), whose comeback from a catastrophic injury seems more far-fetched than any sports flick's faux-inspirational contrivance. It really happened, though.

The pride of Cranston, Rhode Island was a 30-year-old light-middleweight champion with a 31-5 professional record when a 1991 car accident left him with a broken neck and an iffy prognosis of walking again. But merely walking again wouldn't have been enough. Against medical advice, he resumed training while still confined to a medieval-looking "Halo" neck restraint screwed into his skull by four thumb-sized bolts. He was back in the ring 13 months after the supposedly career-ending wreck, winning nine bouts in a row upon his return. The most notable of these was his June 1994 unanimous-decision triumph over Durán. "I don't brag about it, because he was, like, 90," Paz told The Boston Globe in 2014. (Durán was 43.)

Bleed for This drops the mic after that title fight against Durán, but Paz's career lasted another decade. Still, the movie is less an uplift machine like last year's sublime Creed than a kitchen-sink cousin to the 2010 drama The Fighter. The similarities are many: The Figher's fighter, Micky Ward, is a contemporary of Paz. Both films were shot on location in their boxers' blue-collar New England hometowns, and both spend substantial time on with their boxers' close-knit families. (Melissa Leo won an Oscar for her hammy The Fighter performance as Ward's controlling mother; in Bleed for This, it's Ciarán Hinds, as Paz's father, who does most of the yelling and crying.) The grimy yellow-gray winter light, the handheld cinematography, the peeling wallpaper, the full ashtrays, the jewelry, the accents: It's all here, and it all more or less works. Again.

Miles Teller stars as Paz, but the mumbly 80s brawler he brings more readily to mind is Sean Penn. The physical sacrifices required to embody a boxer have been a cred-boosting rite of passage for under-40 male stars at least since Robert De Niro leaned down and plumped up to play Jake LaMotta in Raging Bull. Teller's transformation seems less dramatic in this era of superhero physiques, and he's a bigger guy than the real Paz, who topped out as a super-middleweight, but he's tough and believable. Whenever Younger puts him in an AC/DC or Bad Company-scored training montage, the emphasis is on risk and pain rather than inspiration: Most of the training scenes involve era-appropriate consumer fitness gear — a cable machine, a weight bench, a stationary bike — in the Pazienas' cramped basement. Instead of making you feel like running up the stairs of the nearest museum or monument, they're likely to make your neck hurt.

Aaron Eckhart has a chin that could shatter a heavyweight's hand, and he makes the ultimate Hollywood sacrifice of fugging himself up for his art. He shaved his hairline back 60 or 70 degrees and packed on a (possibly artificial) paunch to play Kevin Rooney, the man who trained Mike Tyson when Tyson was unbeatable. By the time Paz hired him as his trainer, Rooney had been forced from Tyson's camp and was struggling with alcoholism. Younger's screenplay wrings some dramatic mileage from Rooney's tension with Paz's father, who fears his son is going to paralyze himself by training before he has healed. Where The Fighter examined addiction via Christian Bale's performance as Ward's brother, Bleed for This uses Rooney's drinking and the teetotaling Paz's gambling to suggest a link between addiction and the compulsive pull of combat sport.

One curious thing about Younger's screenplay is the way it compresses events when the real-life rapidity of Paz's comeback is the very thing that makes his story unique. The film seems to imply Paz's title bout with Durán was Paz's first fight after his injury; in fact it was his seventh. The time-marking title cards are helpful when they tell us which fight we're watching; when they identify events like "HALO DEVICE REMOVAL" — a sequence that'll leave you squirming more than any face-smashing that happens in the ring — they're laughably unnecessary. The bouts are convincingly staged but unremarkable; lacking the fluid camerawork of Creed or the verité immediacy of the fights from Southpaw. Thirty of Paz's 50 career victories were by knockout, but Bleed for This wins more narrowly, on points.