Accessibility links
Teen Comedy 'The Edge Of Seventeen' Is Razor-Sharp A sharp-tongued young woman weathers the sundry mortifications of teenage life in a film from first-time writer/director Kelly Fremon Craig.

Teen Comedy 'The Edge Of Seventeen' Is Razor-Sharp

Teen Comedy 'The Edge Of Seventeen' Is Razor-Sharp 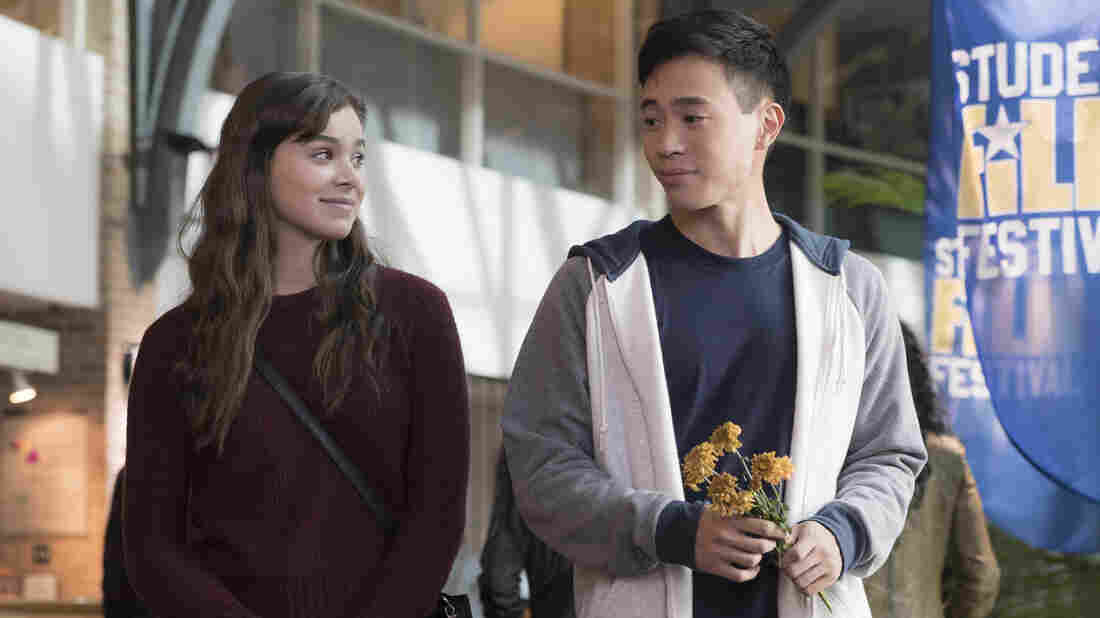 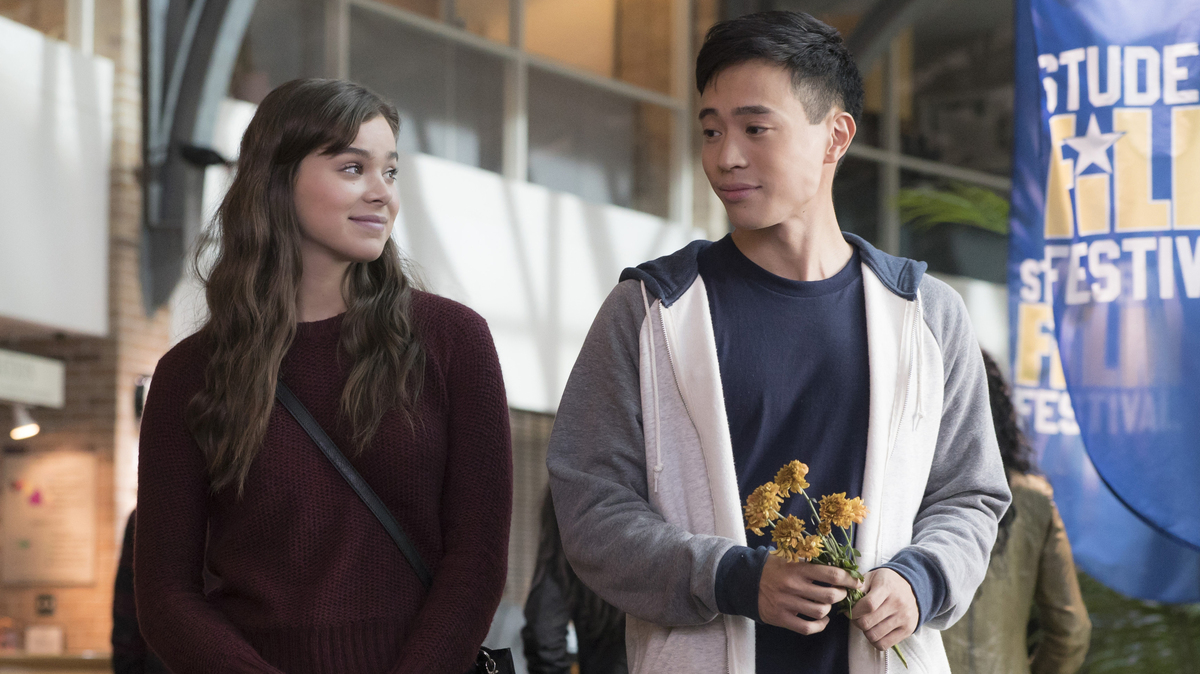 Hailee Steinfeld and Hayden Szeto in The Edge of Seventeen.

Late in The Edge of Seventeen, a deftly blackish teen comedy written and directed by newcomer Kelly Fremon Craig, high-schooler Nadine sits on the toilet with her head in her hands. She's taken a beating on the usual fronts of adolescent suffering, as well as another ordeal no youngster should have to bear. "Please God, help me," the girl mutters. Then, "Why do I even bother?" Because to cap it all off there's no toilet paper. If you've seen any other movies or TV shows that producer James L. Brooks has had a hand in, you will recognize the comedy of embarrassment hard at work.

Nadine, played with coruscating brio by Hailee Steinfeld, mortifies herself and others over and over on her journey to tentative maturity. Which puts the movie in good company with many other teen-girl angst-o-ramas that have sassed their way down the transom since Hollywood discovered youth was a marketable thing. Given that the genre has a pretty good record overall (Sixteen Candles, Clueless, Freaky Friday, Mean Girls), this wouldn't be too shabby. The Edge of Seventeen has all the fixings. Troubled girl's best friend sleeps with girl's brother and, piling injury on insult, the hookup ripens into viable romance. Girl has a mutinous mouth on her which she uses to tear strips off of family, friends and anyone else who stumbles into her way. In the love department, girl vacillates between sex-obsessed Handsome Lug and Shyly Attentive Nerd.

There are only about four teenage plots in the world anyway, and this one is mercifully low on bitchy mean girls, who have served the genre well and deserve a narrative break. And though The Edge of Seventeen skews more mainstream than last year's pioneering Diary of a Teenage Girl, there's good meat on these familiar bones. Craig writes fresh, sharp dialogue, knows what she's doing around actors and is unafraid to get out on a ledge.

Steinfeld's wonderfully belligerent, hopelessly vulnerable Nadine has more reason than most to act out. Her beloved father died when she was a child and her mother (Kyra Sedgwick in excellent, loosey-goosey form) isn't paying attention. She's fighting with her brother Darian (Blake Jenner) and it doesn't help that he's Mr. Popular at school and is head over heels for Nadine's only friend, Krista (a lovely Haley Lu Richardson). When Nadine's two mainstays (she's frightened off almost everyone else) become an adorable item, she goes right off the rails and plunges into serious danger.

Craig knows how to satisfy genre requirements with recognizable types, but she also springs her characters from formula, complicating and deepening each one without slighting their splendid ordinariness. Adolescents are sui generis in this movie, but they're not from another planet. You'll hear no vocal fry, no cluttering every clause with "likes," no dimpling at the football team in the hallway.

Nadine doesn't dress like Miss Teen Vogue or Funky Outsider Girl; deglamorized, she looks like a real kid who goes to school in what's comfortable. Darian may look like a textbook babe, but that's less important than his quiet shouldering of family burdens too heavy for a boy of his tender years. And he shows excellent taste in girlfriends: Krista is gentle, kind, and — without betraying her own desires —as loyal as her enraged bestie will allow.Now if only Nadine would Notice the Nerd, played by a charming Hayden Szeto.

Craig's script is properly salty about sex (the movie is R-rated) because that's the way adolescent girls talk, especially when they have no idea what they're on about. When Nadine gets in over her head in a sexual encounter she initiated but can't begin to handle, Craig plays out the scene without fear but also without scare tactics, and with a rare, goofy sympathy for Nadine's seducer. As for Nadine's mother, she embodies the secret every parent comes to know: that most mothers are doing their limited best. Stuck without guidance in that wobbly period between childhood and womanhood, Nadine is so trapped in unfocused rage that she fails to see that her mother is struggling too, and that there is help all around, if she'd only look.

Craig is an expert juggler of tones who knows when to put on the brakes and let quiet do its work. The Edge of Seventeen's funniest and most heartfelt scenes play out in productive silences between Nadine and her monosyllabic teacher Mr. Bruner (Woody Harrelson in excellent deadpan mode) on whom she foists herself at lunchtime. The life lessons, such as they are, flow from Bruner, but less from what he says than in the understanding he extends toward this floundering young bigmouth. Nadine thinks she sees in him a dorky fellow outsider, but when he first rescues her and takes her home with him, she sees the error of her solipsistic ways. All along this taciturn man has offered her what every teenager needs — acceptance, the gift of listening, and a sly nudge down a path along which she can take the reins.