Accessibility links
Casey Affleck Interview: Star Of Manchester By The Sea Talks About Being An Extra, Acting, Family Growing up, a family friend was a casting director who would sometimes use Affleck as an extra. Now, years later, he's transitioned to leading man. His latest film is Manchester by the Sea. 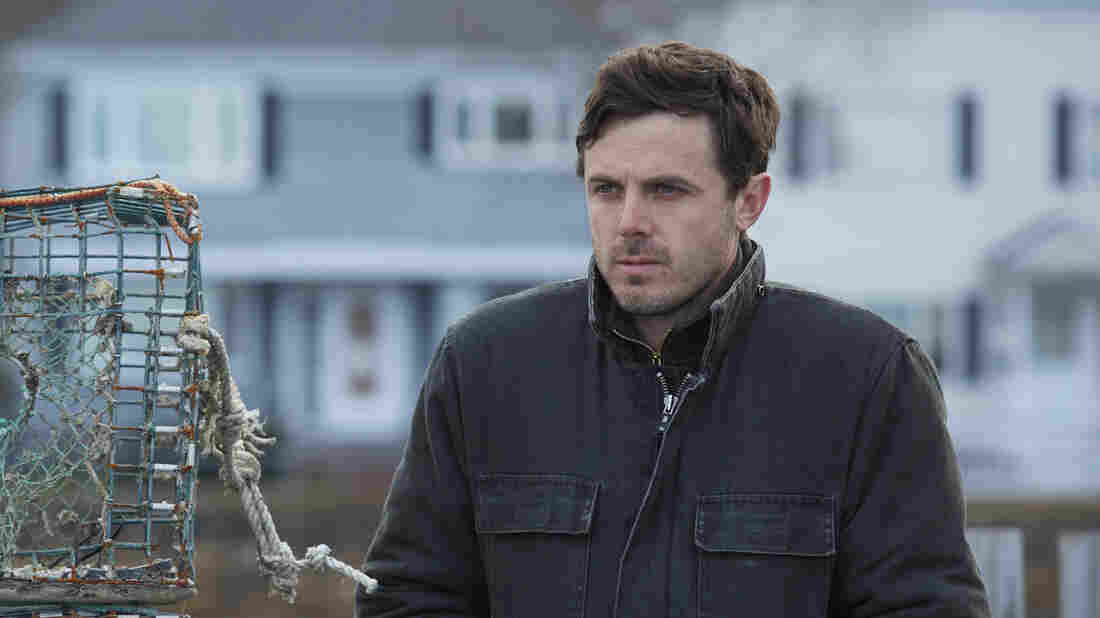 In Manchester by the Sea, Casey Affleck plays Lee Chandler, a man who assumes sole guardianship of his teenage nephew after the death of his brother. Claire Folger/Roadside Attractions / Amazon Studios hide caption 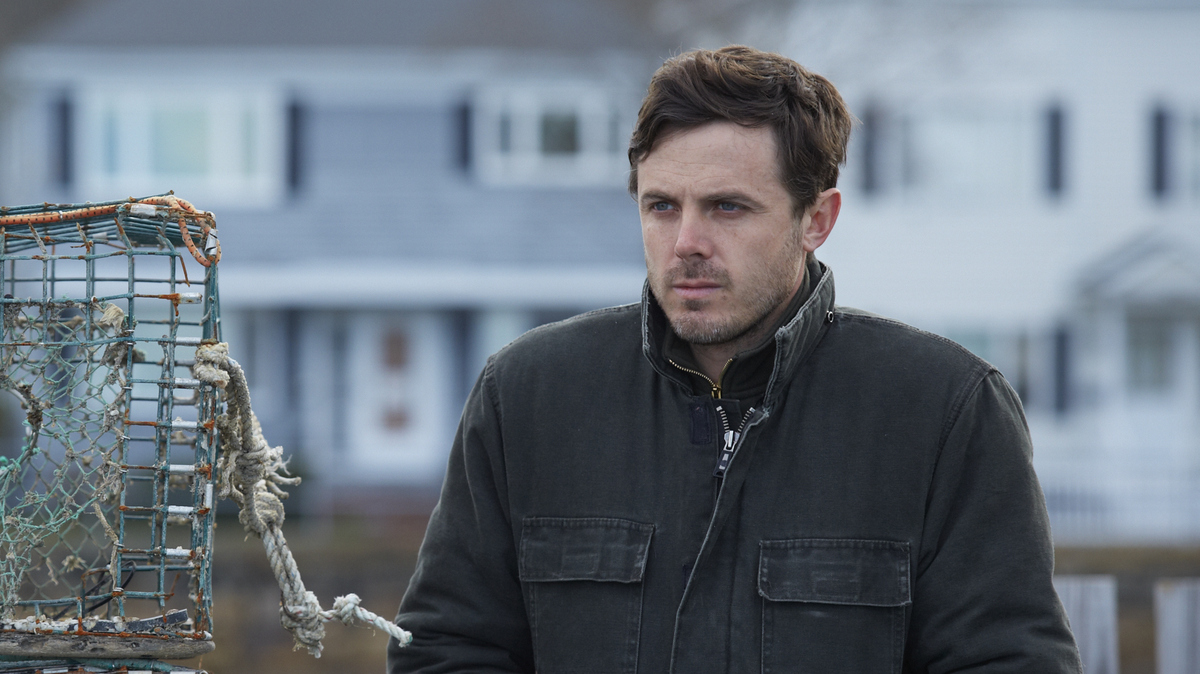 In Manchester by the Sea, Casey Affleck plays Lee Chandler, a man who assumes sole guardianship of his teenage nephew after the death of his brother.

Growing up in Cambridge, Mass., Casey Affleck began acting as a way to get out of going to school. His mom's best friend was a local casting director, and every now and then a movie would come to town and a call would go out for extras.

"So me and my friends ... we'd get to be an extra in a movie, which to us meant nothing more than a day off from school," Affleck tells Fresh Air's Terry Gross.

Since that time, Affleck has transitioned from extra to leading man. He starred in Gone Baby Gone, which was directed by his brother, Ben Affleck, and he was nominated for a best supporting actor Oscar for his performance in The Assassination of Jesse James by the Coward Robert Ford.

Now, Affleck plays the lead in Manchester by the Sea. The film follows Lee Chandler, a Boston janitor who, after the death of his brother, returns to his small hometown to assume sole guardianship of his teenage nephew.

Affleck describes it as a very intense role. He says, "At the end of every day I would go home and prepare the next day's work and think about the appropriate emotion and attitude to bring to set. There were a lot of heavy scenes in this movie."

Kenny [Director Kenneth Lonergan] very wisely kept a great distance with the camera. ... It was one of the most surprising moments in my career because I knew ... it wasn't scripted to be a very emotional scene — [Kenny] wanted it to be kind of a surprise, that the character identifies the body and that's it. However, when I entered into the scene and I walked up to the body, I was really moved. ... I was visibly upset, I was crying and I kissed Kyle Chandler, who was playing the part [of the brother] laying on the slab there. But Kenny's camera — he's put it at a distance, as many of the shots in the movie are these kind of wide shots ... and he didn't want to see too closely all of the feelings that the character is having.

On how he first got into acting

The person who directed the plays at my high school came to me and said: "We're doing a musical. We have 19 girls and we need one male at the very least to play the male lead." And I considered another summer of baseball or a summer in the basement of the theater department with 19 girls who otherwise would never have spoken to me. And so thus began my career as an actor.

On his brother, actor/director Ben Affleck, casting him in the lead for Gone Baby Gone

At the time, I think people only knew Ben from certain movies he was doing as an actor and they didn't think that he could direct. I think a lot of people passed on the part, or enough people passed on it. While I was shooting The Assassination of Jesse James By the Coward Robert Ford in Canada, he showed up, he came up to Calgary, and he said, " ... Would you do the movie?"

Ben Affleck on the Reality of 'Gone Baby Gone'

I really didn't have to think about that either, because ... I knew that he was very, very bright, super smart guy and would make a great director and we have similar tastes in movies and in acting styles and we have a shared language that makes it really easy to work together. And we are brothers and grew up looking after each other, so the getting-to-know-you period that wastes the first few weeks of any movie in the relationship between an actor and a director — being polite and trying to understand what the other person is saying — we didn't have to go through that. We just sort of jumped right into it.

On his father's drinking problem

I was aware of his drinking. I was aware that he was an alcoholic and that he behaved badly ... in the way that a kid is aware of those kinds of things. He was a bartender also for some time, and so when my mom was working my brother and I would just sit around the bar. We'd just go to work with him, sitting at the bar. And in some ways it was also just normal, too.

I became more aware of it, I guess, as I got older and his problem got worse. Ultimately he wound up getting sober and pulling himself together and we have a great relationship and he has been sober since I was 14 years old.

On how his father's sobriety changed their relationship

I was 14 years old when my dad went into rehab, and he stayed there for a long time — I don't know, 10 or 12 years maybe. He first was there as a resident, as someone trying to get sober, and it took a long time; and then he stayed on helping people get their GED. And he really did make a herculean effort and has stayed sober for a long, long, long time. ...