Accessibility links
In This Bobo Yéyé Box Set, Find The Creativity And Optimism Of A Lost World The new release, Bobo Yéyé: Belle Époque in Upper Volta, contains music from a rich cultural moment in Burkina Faso just after it achieved independence from France. 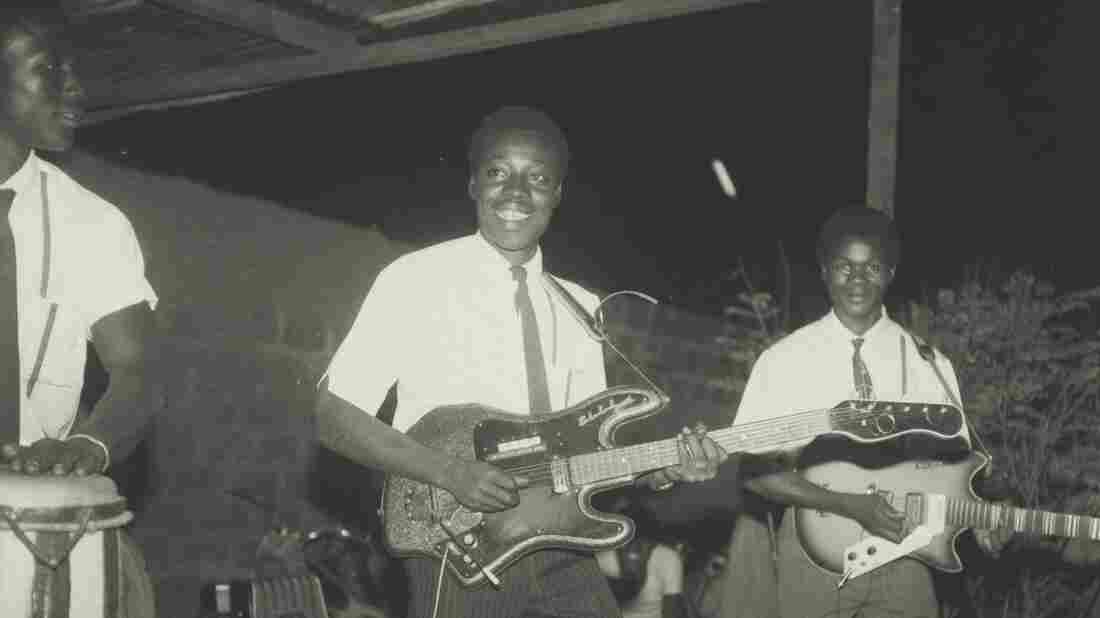 Volta Jazz, also known as Orchestre Volta-Jazz, was one of the most prominent Bobo Dioulasso bands of the '60s and '70s. Sory Sanlé hide caption 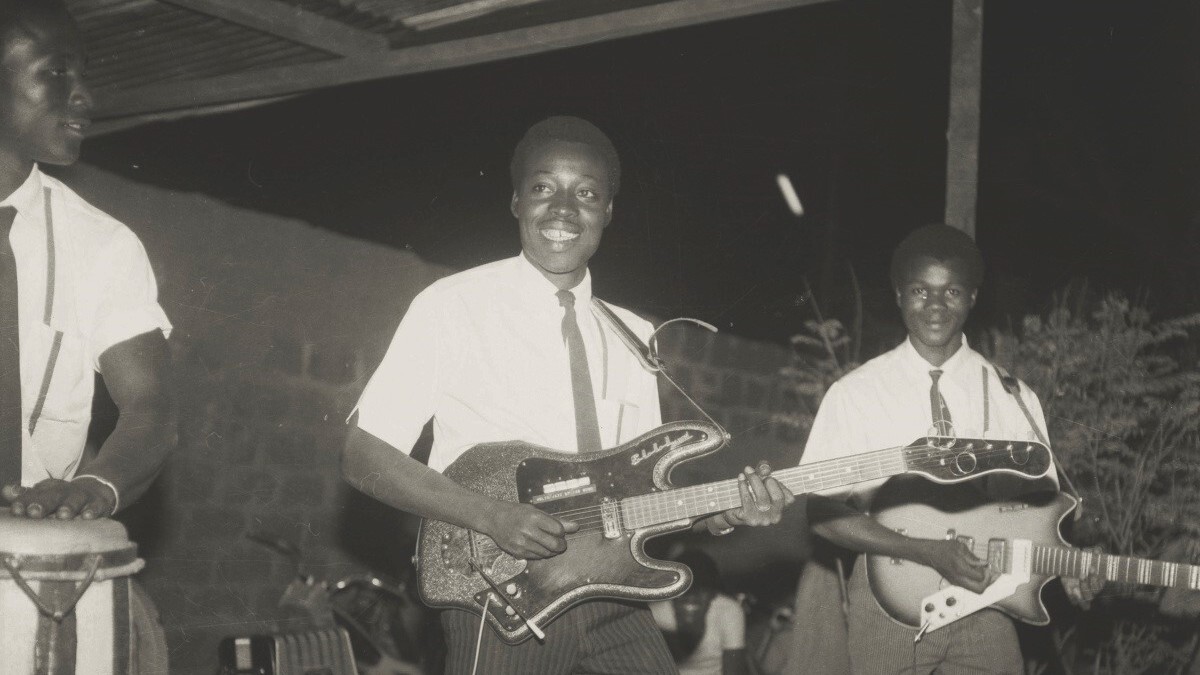 Volta Jazz, also known as Orchestre Volta-Jazz, was one of the most prominent Bobo Dioulasso bands of the '60s and '70s.

Imagine that an important American musical city, one at a crossroads of commerce and culture (say, Memphis), was unknown to much of the world. Bobo Dioulasso in Upper Volta, the name Burkina Faso went by during the French colonial period, could be described in this way. French author and producer Florent Mazzoleni has spent years visiting that city, literally going door to door to collect vinyl records that rarely circulated beyond the country's borders.

The music Mazzoleni collected is described as "Bobo Yéyé." Bobo refers to its city of origin. Yéyé is how French-speaking people in the 1960s and '70s talked about the era's rock n roll, especially The Beatles with their immortal refrain, "Yeah, yeah, yeah." Mazzoleni's work has culminated in a box set, which he titled Bobo Yéyé: Belle Époque in Upper Volta. "Belle Époque" means "a beautiful era."

Among the groups featured in the box set is Volta Jazz, one of the most prominent bands of this time. You can hear a strong Afro-Cuban influence in their music, because Latin music was huge in West Africa in the '60s. Bobo was a market center and an army town, booming, full of nightclubs and bands that catered to locals, soldiers and visitors alike. All sorts of cultures, including rock and roll, collided merrily in this hopeful milieu.

The bands featured in this box set were all processing the excitement, complexity and upheaval of Upper Volta's recent independence from France. Radio was introducing new sounds, and musicians and fans were keen to fuse their local identity with international trends. In the song "De Nwolo," Tidiane Coulibaly and his band Dafra Star incorporate the region's most prominent instrument, the wooden xylophone known as the balafon, into electric guitar pop.

Unfortunately, this rich cultural moment was crushed after 1984, when a new military leader, Thomas Sankara, imposed a curfew in the country's cities and decreed that musicians could no longer charge money for their concerts. This box set gives us 41 tracks and over 100 black and white photographs depicting stylish musicians and their fans, African mods and urban warriors, young people with high hopes and big dreams. Bobo Yéyé lets us savor the seductive creativity and optimism of a lost world, a belle époque indeed.