Accessibility links
Mama Stamberg's Relish Faces Its Toughest Critics: NPR Staffers It's tradition: Every year, Susan Stamberg sneaks her mother-in-law's cranberry relish recipe onto the air. To be honest, we've given her a hard time about it, and now she's seeking redemption. 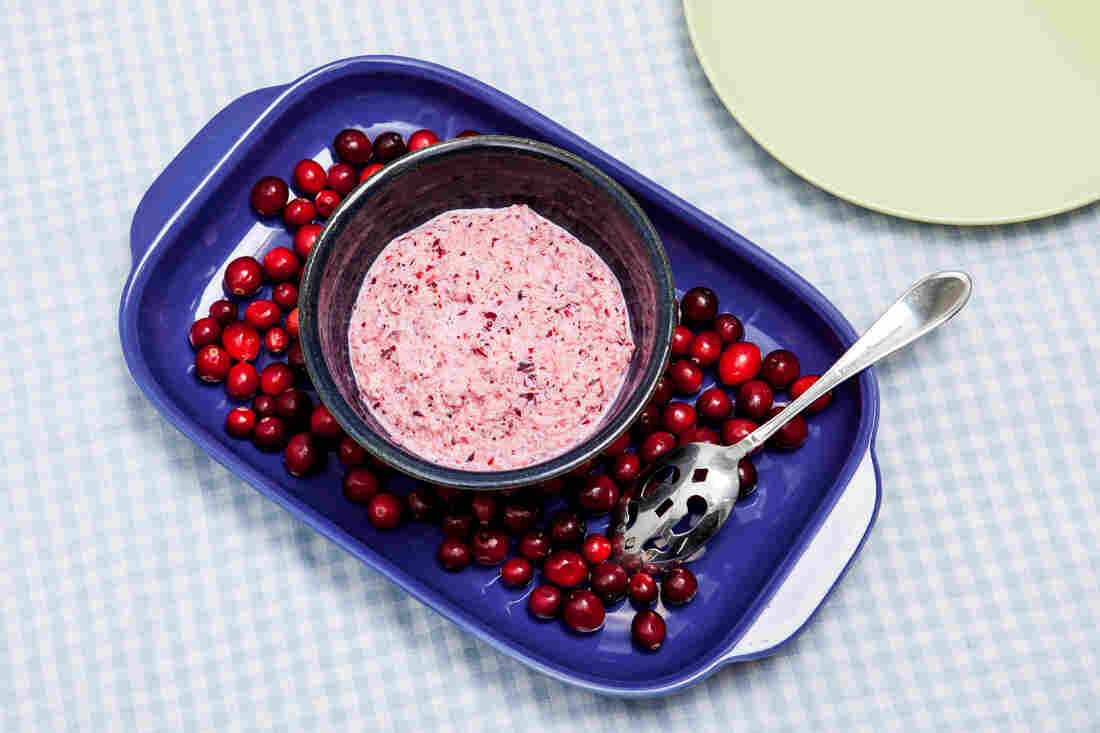 It's tradition: Every year, Susan Stamberg sneaks her mother-in-law's cranberry relish recipe onto the air. To be honest, we've given her a hard time about it, and now she's seeking redemption. Ariel Zambelich/NPR hide caption 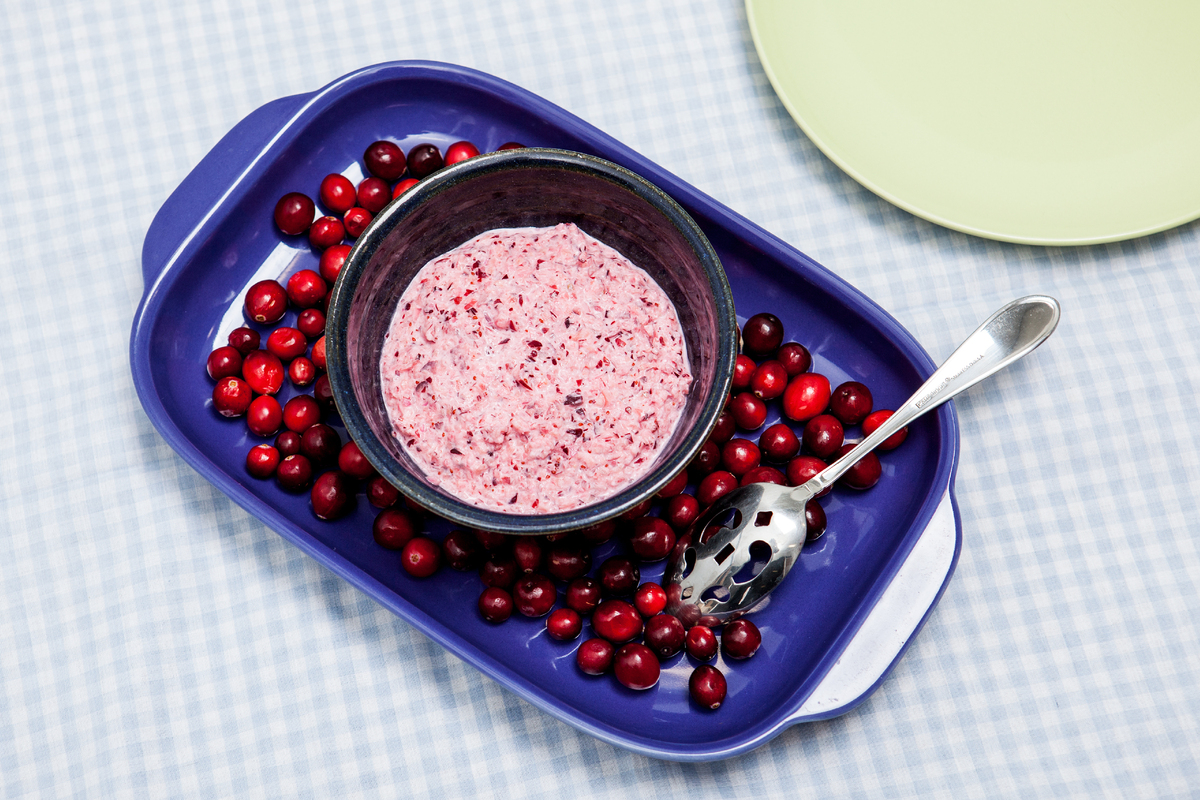 It's tradition: Every year, Susan Stamberg sneaks her mother-in-law's cranberry relish recipe onto the air. To be honest, we've given her a hard time about it, and now she's seeking redemption.

Many, many Thanksgivings ago, my fiance took me home to Allentown, Pa., to be inspected by his family. During our visit, my mother-in-law-to-be served a relish so delicious that I married her son.

Ever since, I've shared the recipe with NPR listeners right before Thanksgiving. Now, supportive listeners may be shocked to learn that over the years, I've gotten a good deal of grief about this recipe — especially from my NPR colleagues, many of whom have never bothered to taste it!

So last year, when the head chef in NPR's in-house cafeteria made a batch, I decided to seek redemption. I grabbed my microphone and headed downstairs. (To hear the reactions for yourself, click the audio link above.)

Peering at the perky, Pepto-Bismol-pink substance in the salad bar, Tim Prestridge from NPR's Institutional Giving department observed: "I have zero idea what that is; it looks like a Jell-O product that my grandmother used to make in Alabama."

Well, it's not Jell-O — and it's not your run-of-the-mill, namby-pamby cranberry-sugar-orange recipe, either.

National Political Correspondent Don Gonyea has covered five presidential elections — so he has a particularly strong stomach: "It's fantastic," he declared.

"I've heard about this for years," said Janis McLean, the chef who made my beloved recipe for skeptical colleagues. "And this year I got to make it. How cool is that?"

Is 2016 the year that you will make it, too? Relish the thought. I'll leave the recipe right here for you:

Grind the raw berries and onion together. (I use an old-fashioned meat grinder. I'm sure there's a setting on the food processor that will give you a chunky grind — not a puree.)

Early Thanksgiving morning, move it from freezer to refrigerator compartment to thaw. (It should still have some little icy slivers left.)

The relish will be thick, creamy and shocking pink. (OK, Pepto-Bismol pink.) It has a tangy taste that cuts through and perks up the turkey and gravy. It's also good on next-day turkey sandwiches, and with roast beef.