Accessibility links
The Rise Of Jared Kushner, Donald Trump's Son-In-Law One of Trump's closest advisers during the campaign was Jared Kushner, who is married to Trump's daughter Ivanka. The close political relationship is expected to continue into the White House. 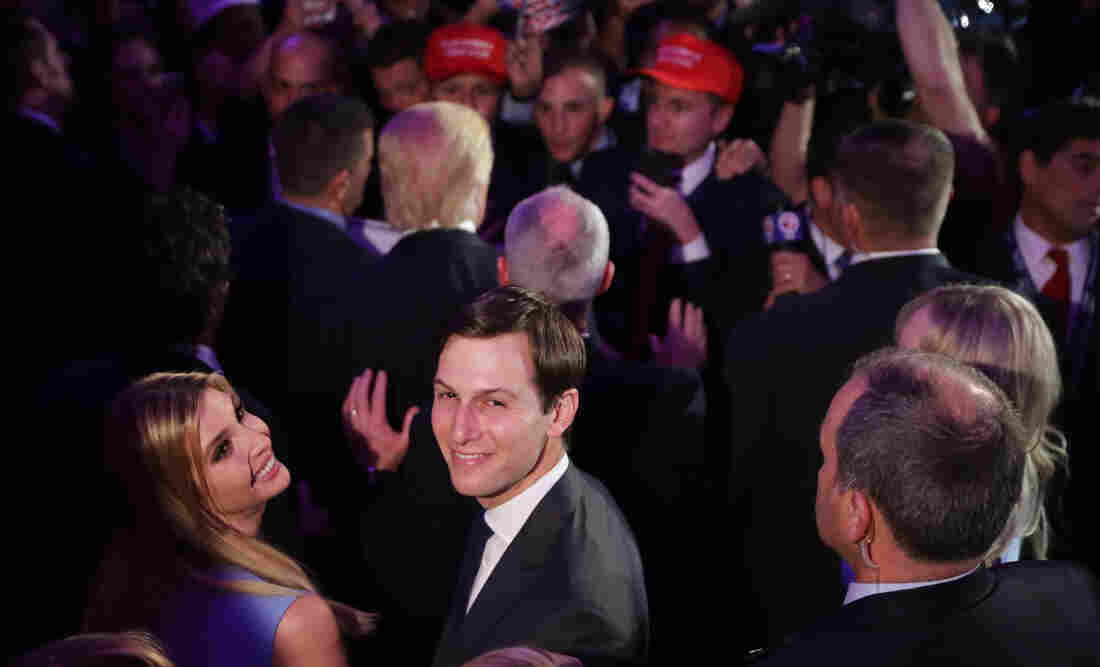 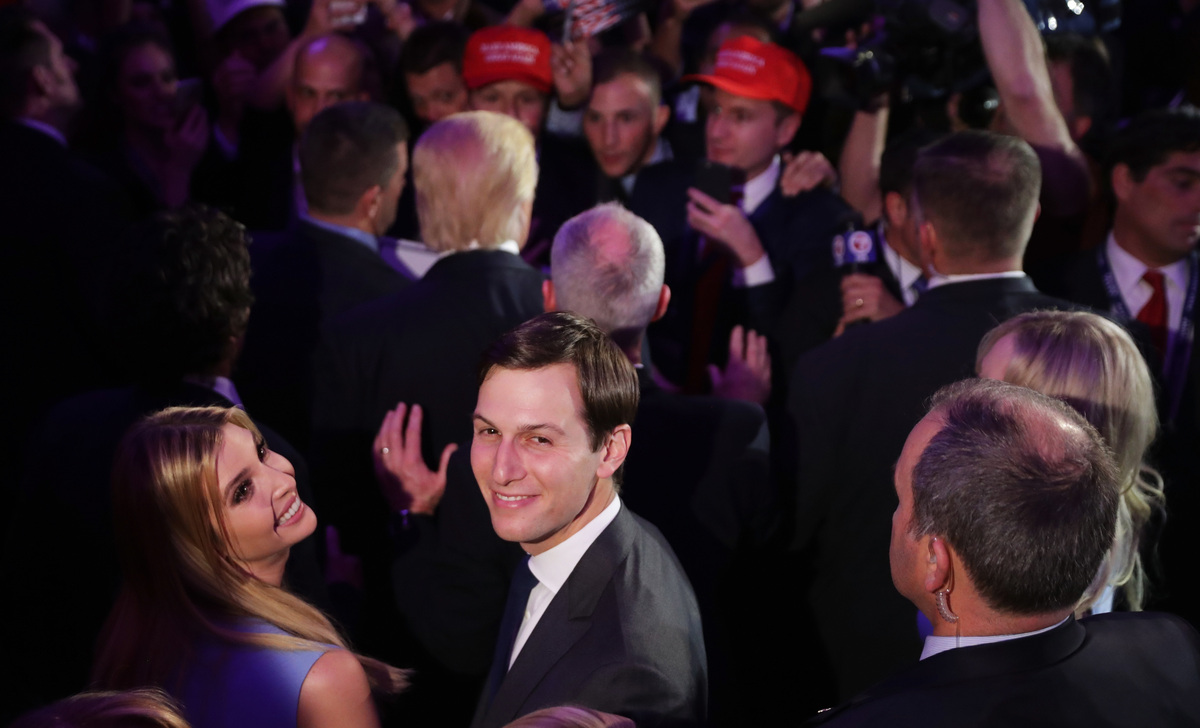 Jared Kushner and his wife, Ivanka Trump, acknowledge the crowd at the New York Hilton Midtown in the early morning hours of Nov. 9 in New York City.

Though also a big-time real estate developer, Jared Kushner is many things that Donald Trump is not.

At 35 years old, Kushner is half Trump's age.

He is an Orthodox Jew. Trump has been accused over the course of the campaign of trafficking in anti-Semitic themes.

Kushner is understated. He shies away from the limelight. Neither of those descriptions attaches to the president-elect.

Yet the two men share a trust and a bond that are real. Kushner is reported by several news organizations to be consulting lawyers to determine whether he can take an unpaid role in the new administration.

Anti-nepotism laws may prevent that. But formal title or no, Kushner will likely have great sway in the Trump White House.

"I don't even know the words to describe it," Kornacki marveled on Thursday.

The elder Kushner was a developer who made a fortune in New Jersey real estate. Charles Kushner gave generously to charities, hospitals and universities — including $2.5 million to Harvard, which, according to the journalist and author Daniel Golden, won Jared admission despite his modest academic achievement.

Kushner also gave generously to politicians, primarily Democrats. Young Jared was trained to stand before a crowd at fundraisers in the Kushner home and introduce senators by rattling off their accomplishments.

The expectation was that Jared would lead and circulate comfortably among business and political elites. In their hometown of Livingston, N.J., his father described his family as the Jewish Kennedys — respectable children with a roguish father.

The Son-In-Law Rises: Jared Kushner's Influence In The Trump Camp

The Son-In-Law Rises: Jared Kushner's Influence In The Trump Camp

Too roguish, as it turned out. A top federal prosecutor caught the elder Kushner in his sights: then-U.S. Attorney Chris Christie. A grand jury handed up indictments against Kushner for a scheme to entrap his brother-in-law with a prostitute and then blackmail him by mailing the ensuing videotape to his own sister. The brother-in-law had been cooperating with a federal investigation into Kushner's activities.

"Chris Christie's rise in politics in New Jersey was built in many ways on his takedown of Charles Kushner," Kornacki says. "He got national headlines for that prosecution."

Charles Kushner went to jail. Christie would become New Jersey governor. And Jared Kushner, just in his mid-20s, would assume the mantle of leading his family's vast holdings while quietly nursing a grievance. 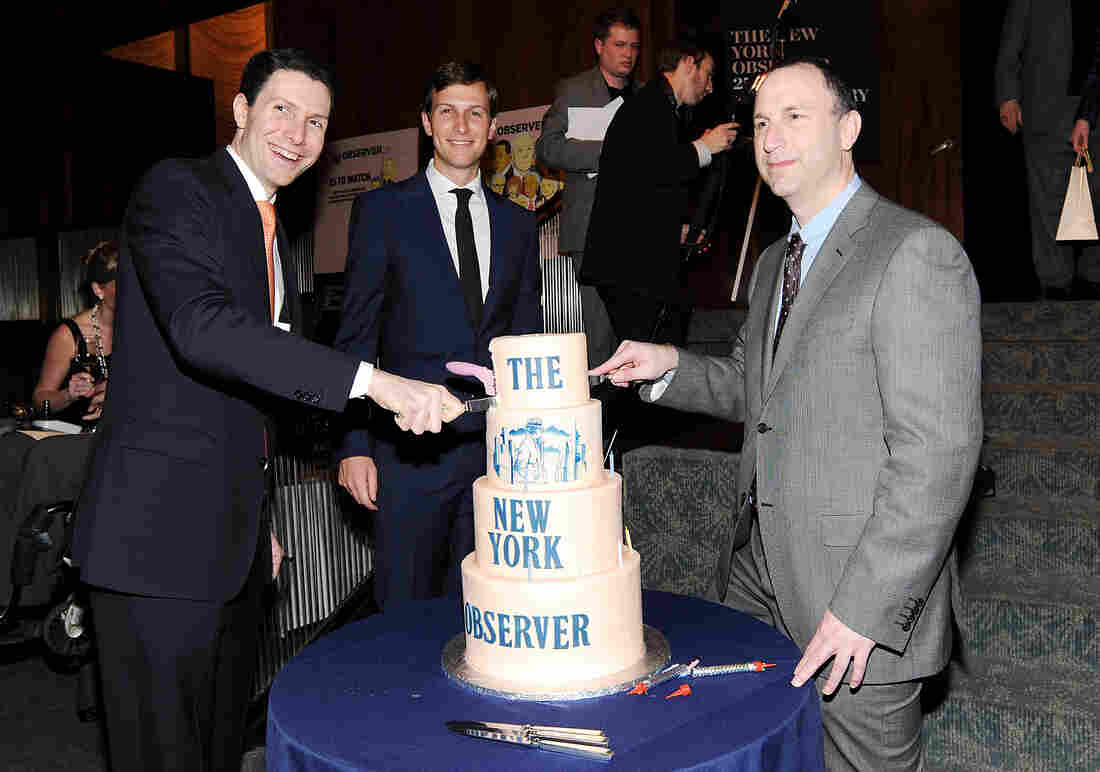 The Kushner name had been tarnished, so Jared Kushner decided to rebrand. He made the conscious decision to push east from New Jersey into New York City. He bought the Observer -- a weekly read faithfully by the city's elites of media, real estate and finance — a move that gave Kushner an entree into that world.

In 2007 the family acquired a giant complex on Fifth Avenue in Manhattan for $1.8 billion. His father, out of jail, was technically on the sidelines.

"They overpaid and probably knowingly overpaid for it," Kornacki says, "because it was the exact same idea as the Observer: They wanted something that commanded instant status and recognition."

In 2009, Kushner married Ivanka Trump. She converted to Judaism with her father's support, and the two men enjoyed a warm rapport.

During the campaign, one young Observer writer challenged Kushner in his own pages. Culture reporter Dana Schwartz accused Kushner of giving Trump's "most hateful supporters [the] tacit approval [of his Jewish son-in-law]."

Referring to a re-tweet by Trump during the campaign that featured a photo of Hillary Clinton superimposed over a pile of cash and a six-pointed star, Schwartz wrote, " ... people can play ignorant, blame the corrupt liberal media for trying to 'get' Trump, but it takes only a basic knowledge of world history or an understanding of how symbols work to ... see the subtext." 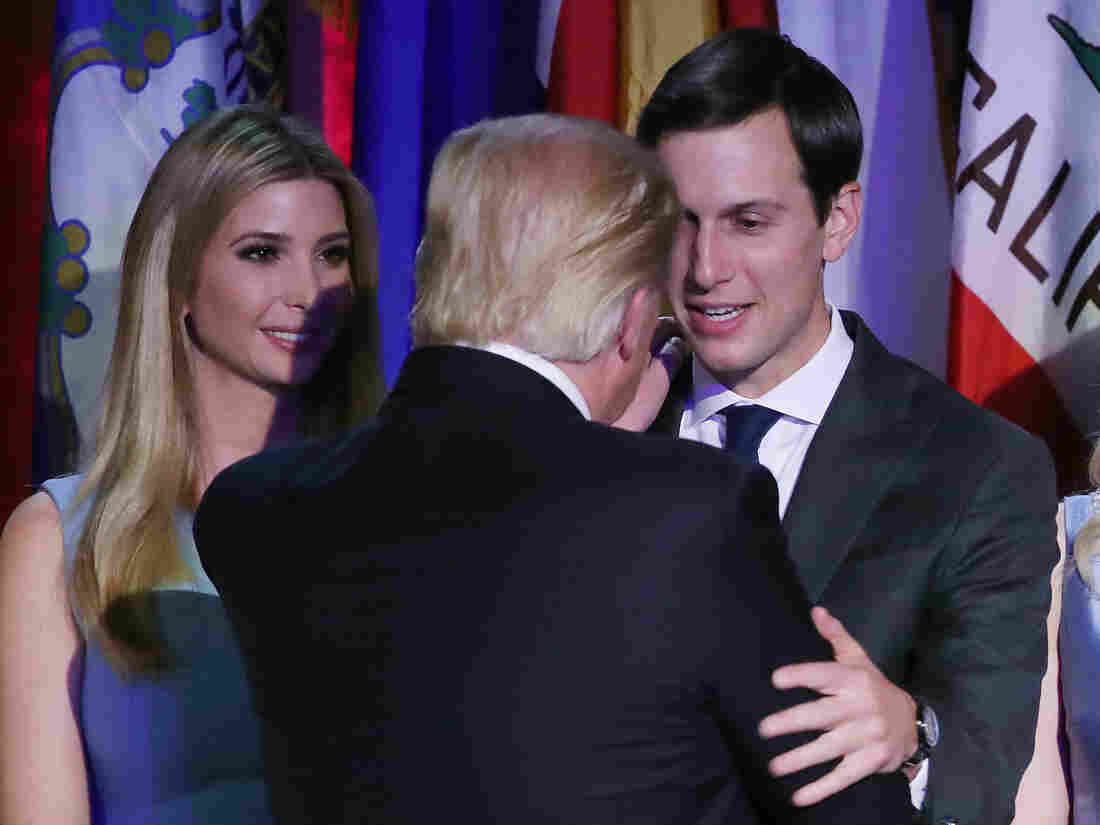 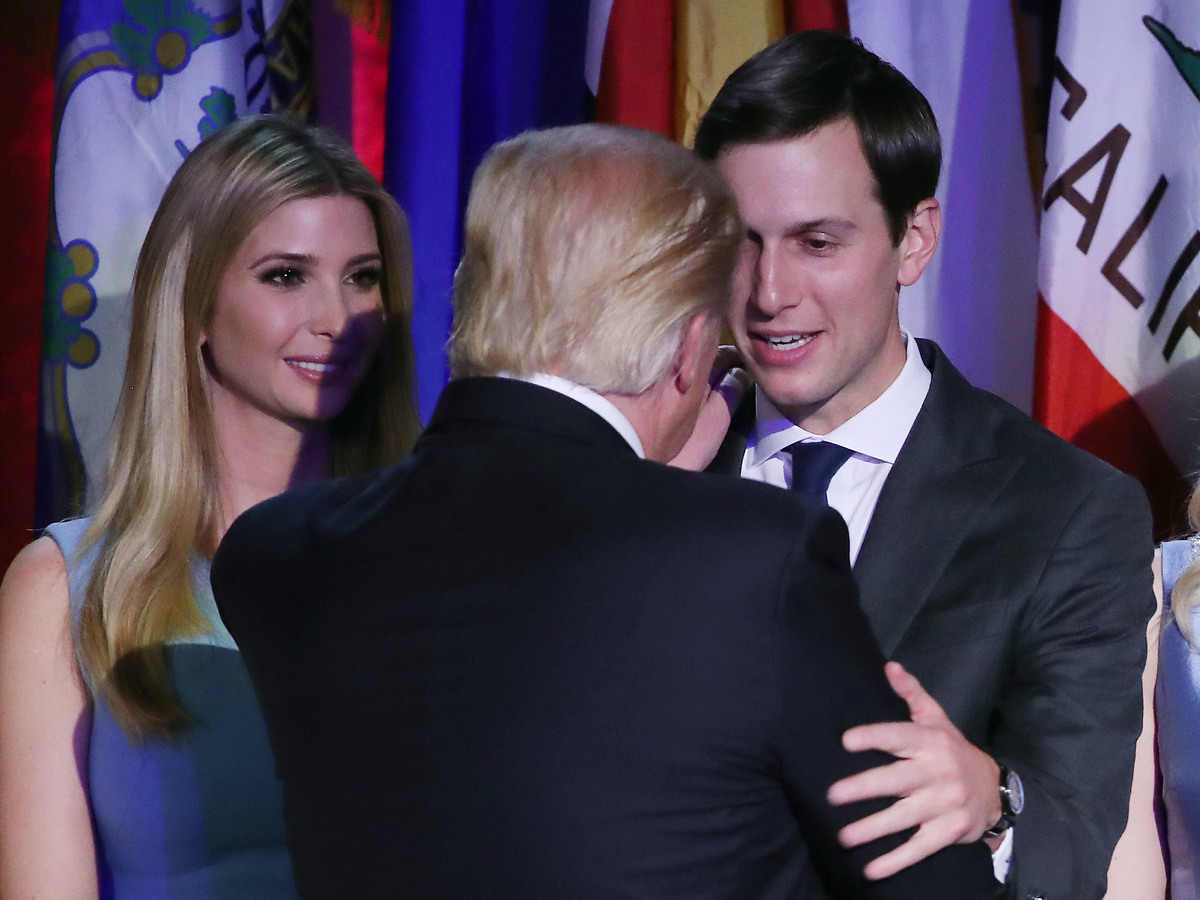 Trump's message, "whether purposeful or inadvertent, was met with cheers by those to whom that star's message was certainly clear. Mr. Trump's tweet was seen as a winking promise to this nation's worst and most hateful individuals," Schwartz wrote.

Kushner responded with his own piece in the Observer. He invoked his grandparents' experience surviving the Holocaust and vouched for Trump's lack of bigotry. "[T]he worst that his detractors can fairly say about him is that he has been careless in re-tweeting imagery that can be interpreted as offensive," Kushner wrote.

Now Schwartz tells NPR she is if anything more worried, but clings to the hope Kushner will be a moderating force on Trump.

Over the months, Trump relied on Kushner's advice to make changes at the top of the campaign, craft key speeches and think through senior White House appointments.

In recent days, Trump's transition chief lost his responsibilities and standing. That would be Chris Christie — the person who put Kushner's father in federal prison.

A campaign spokesperson and Kushner associates have told reporters that Jared Kushner and his family's history with Christie had nothing to do with his humbling.

But then, Jared Kushner always did speak quietly.