Accessibility links
New Yorker's David Remnick On Obama's Post-Election Struggle For Optimism David Remnick, editor of The New Yorker talks about his interviews with President Obama in the days before and after the election. 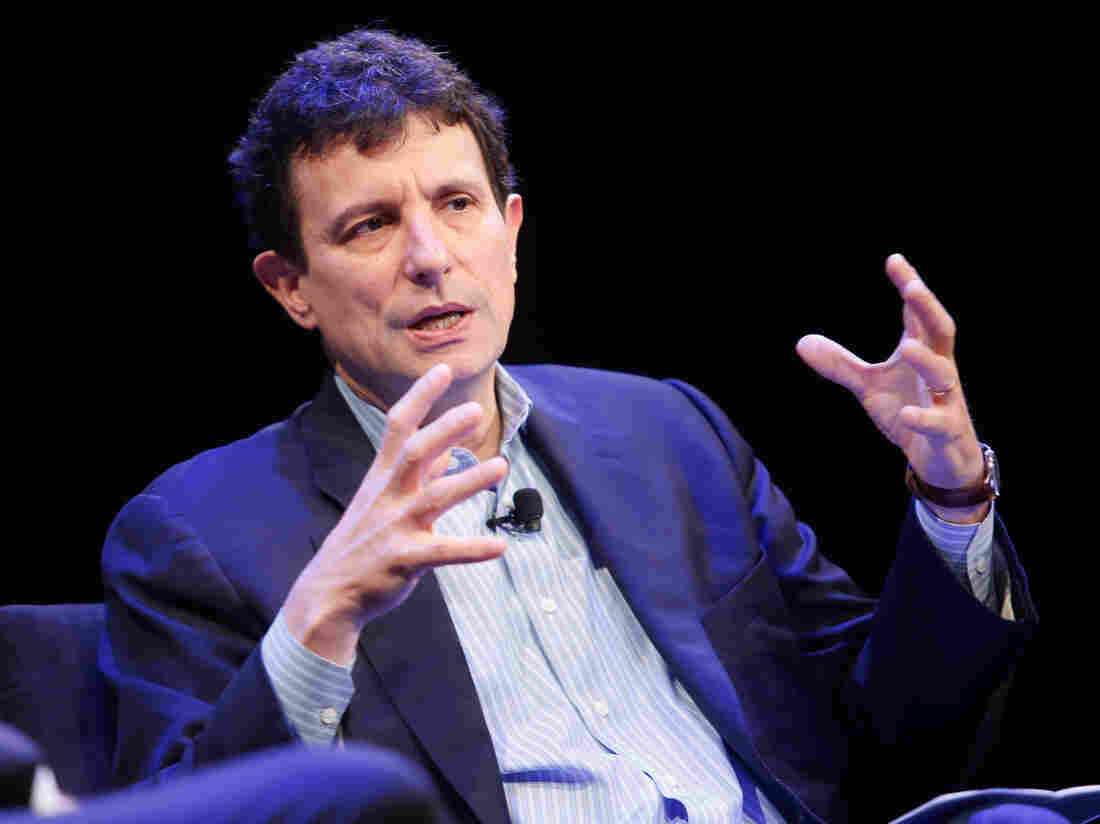 David Remnick is the editor of The New Yorker, where his latest piece is based on his interviews with President Obama during the time leading up to the election, and the days after. Thos Robinson/Getty Images for The New Yorker hide caption 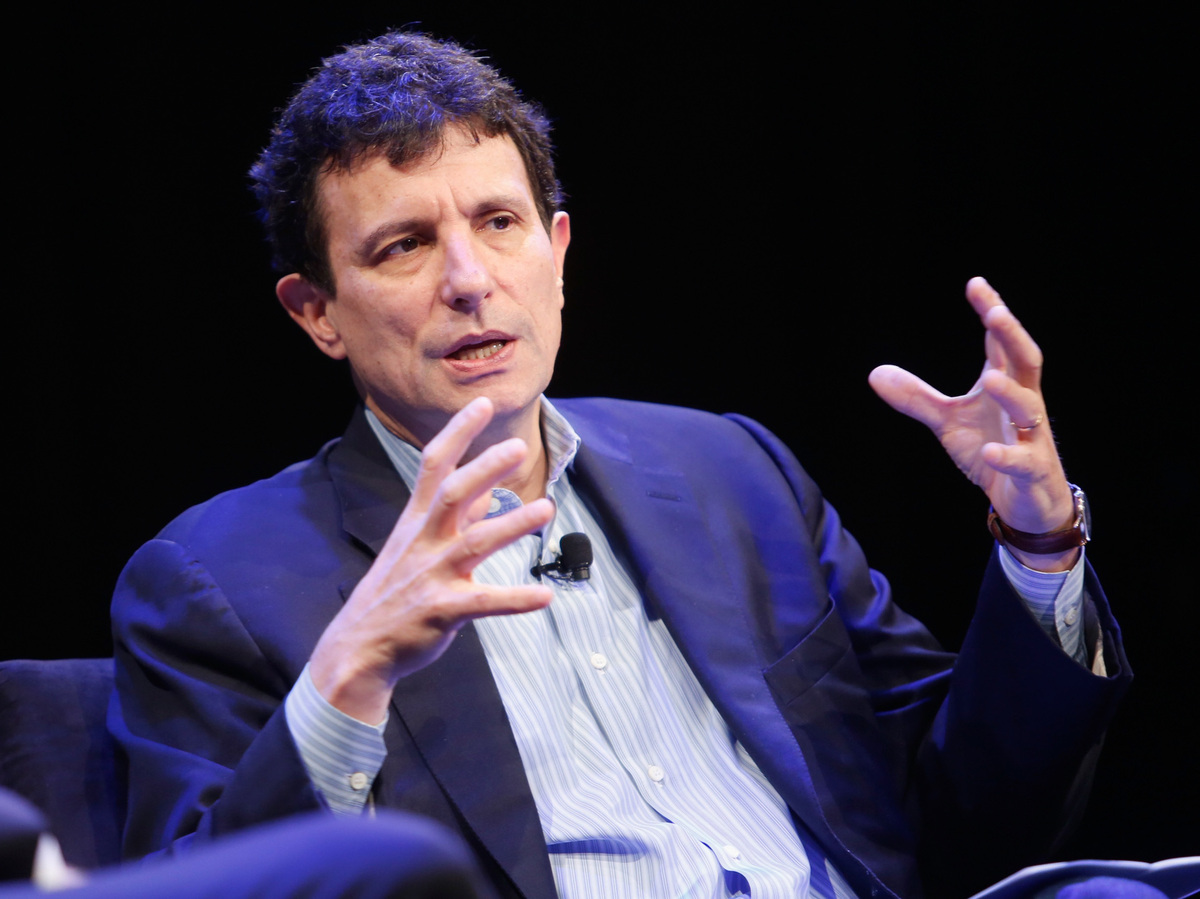 David Remnick is the editor of The New Yorker, where his latest piece is based on his interviews with President Obama during the time leading up to the election, and the days after.

"Trump understands the new ecosystem, in which facts and truth don't matter. You attract attention, rouse emotions, and then move on."

Those are the words of President Barack Obama, quoted by David Remnick — the editor of The New Yorker — in Remnick's forthcoming article, "IT HAPPENED HERE: A President confronts an election that changes everything — and threatens his legacy." The article is based on Remnick's conversations with Obama just before and a few days after Election Day.

First, the new ecosystem — explain what Barack Obama meant by that.

The new ecosystem of media — meaning a kind of post-fact world in which, on Facebook, an article in The New York Times has the same seeming heft as an article about how Pope Francis endorsed Trump for president. In other words, fake news. It's an entirely different way of viewing the world — one largely based on fact, and one largely on the opposite.

And this isn't just your observation. President Obama talks about how the finding of scientists can be disputed by one guy who works for the Koch brothers — I think is his word — and that's considered a square-off.

Well, look — Exactly. In the old days — this is his point — when 99 percent of scientists agreed on something like climate change, you would then have an argument about means. How you go about getting rid of acid rain? You didn't have a political argument about whether acid rain existed or not. Now you have the prospect of somebody who might lead the Environmental Protection Agency who has spent the better part of his career denying climate change is the result of human activity. That is deeply worrying.

In that quotation that I read, he speaks of emotions. You were searching for some emotions on his part in your talks with him before and just after Election day — emotions about seeing what he's done jeopardized — and the way you describe him, he was completely cool and analytical. No wrenching of the presidential gut detectable?

Well, I think this is the personality we've always known. That Obama is somebody that, at least in public and even often in private, is somebody who has this — call it professorial, or lawyerly, or ... the capacity to view things either has an ethnographer from the outside in. Even himself — he's able to analyze himself in that dispassionate way. He's a man of great discipline, and especially now.

We saw Obama and Trump sitting together after their private meeting. Donald Trump seemed to be very impressed that it had run so long - Obama was very respectful of Mr. Trump. How do you read that scene?

As a journalist, I wish I had the inner transcripts of what's running through the minds of both Barack Obama and Donald Trump. You know if you have observed the career of Donald Trump, and you see Donald Trump the way Obama does, you are very worried. You're worried about your own legacy — whether it's healthcare, the Iran Nuclear Deal, or a myriad of things — and you're worried also about the temperament of the new president.

You describe him after election night comforting his staff — reminding them of his loss in the New Hampshire primary. He recalls that David Axelrod — telling him that night, "You know, you don't seem upset." And he says "You know, I think this is right. I think this is how it should be. I haven't earned this yet." Meaning he hadn't earned the Democratic nomination yet. Do you think he's that at peace with his own defeat, or the rejection of Hillary Clinton, who would have been seen as somebody continuing his presidency?

No, I don't. I absolutely do not. You know, the first thing he said to his staff is "This is not the apocalypse." Now, usually, after an electoral defeat you don't raise even the specter of the apocalypse. In the Oval Office in an interview after the election, I raised this notion of apocalypse — he says , "I don't believe in the apocalyptic until it is the apocalypse. I don't believe in the end until it actually is." He is struggling for a rhetoric and a spirit of optimism to salvage the day. If I know him at all, and if I understand him at all, there is no way he that doesn't sense this as a grievance, an alarming turn in history.