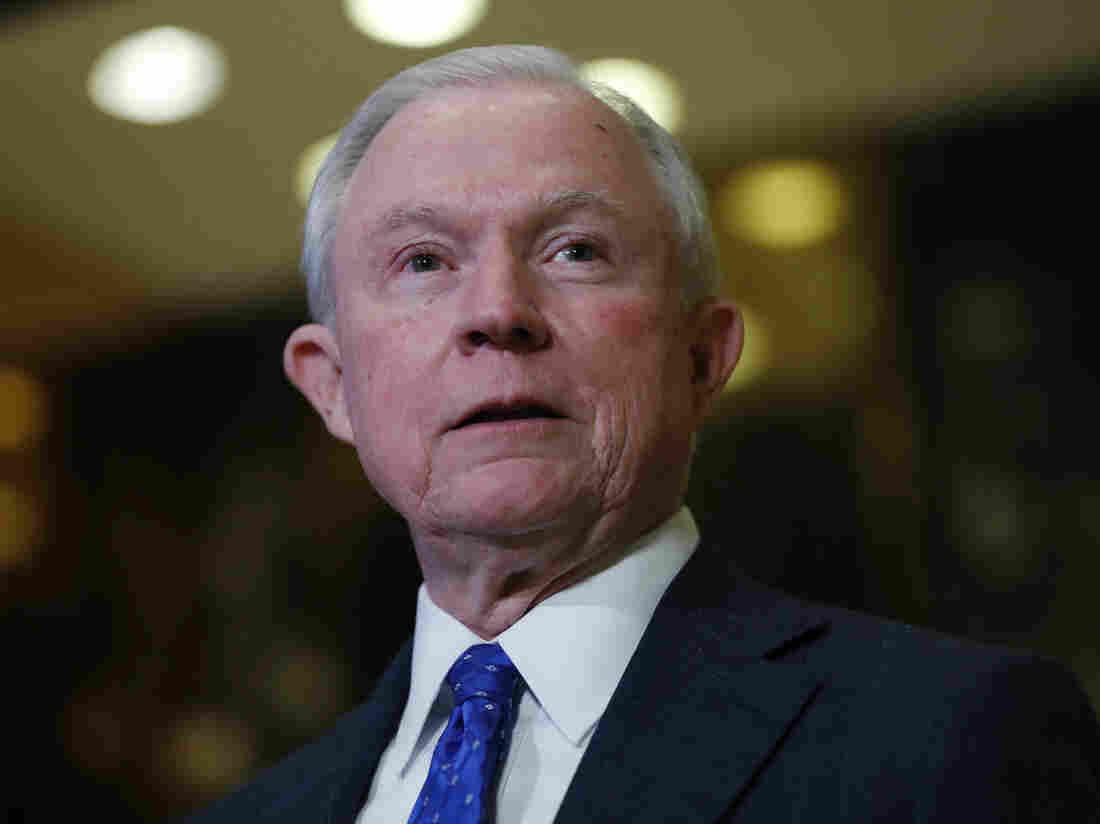 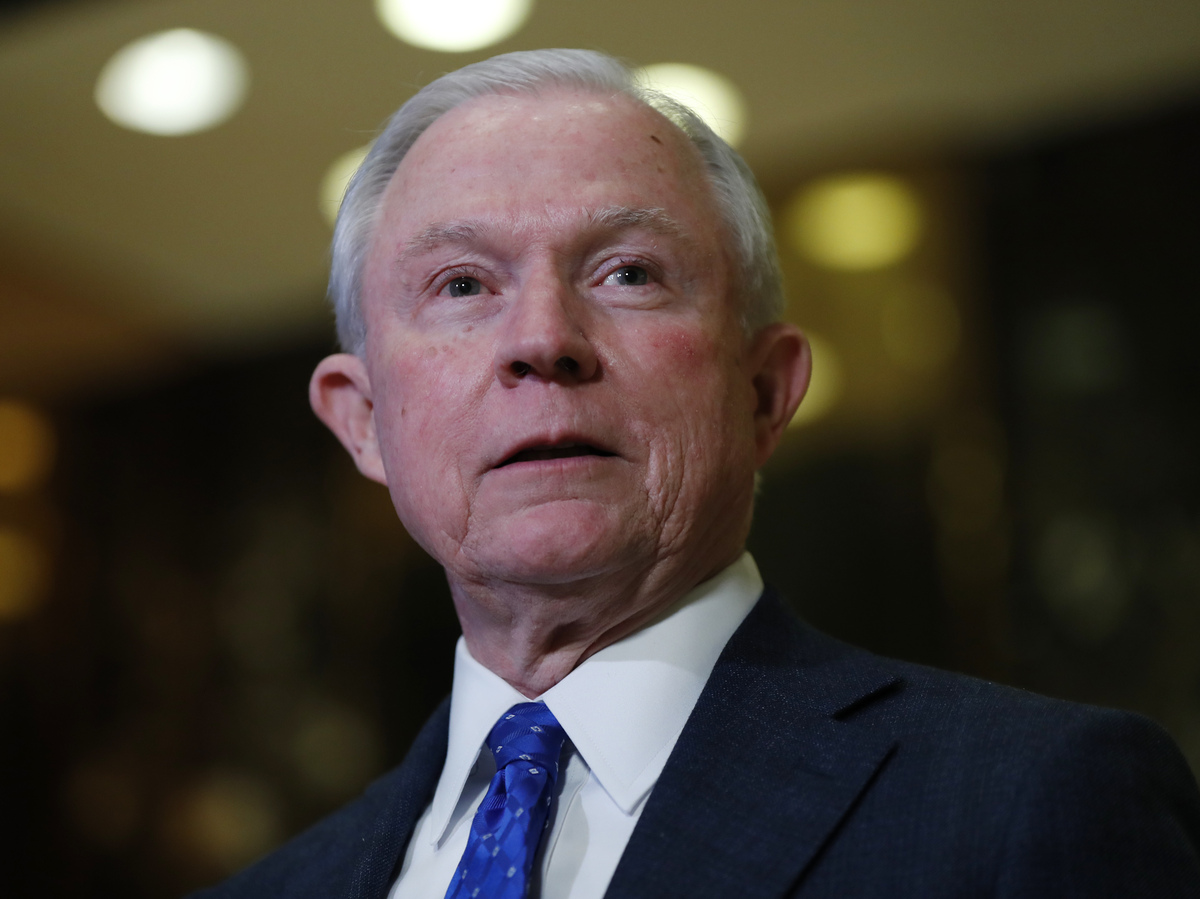 Jeff Sessions of Alabama was the first Republican senator to get behind the-then renegade candidate Trump. Now, he is President-elect Donald Trump's pick for attorney general — and his hard-line stance on immigration and 30-year-old allegations of racism are sure to draw scrutiny in confirmation hearings.

Long before Trump was winning primaries, or picking up political endorsements, he had a conservative ally in the Deep South.

"We have a man here who really helped me," Trump said about Sessions while campaigning last year in Alabama. "He's the one person I sought his counsel, because he's been so spot on. He's so highly respected."

In a foreshadowing of the endorsement that would come later, Sessions joined Trump on stage in his hometown Mobile, donning a "Make America Great" baseball cap.

"Thank you for the work you've put into the immigration issue," Sessions told Trump and the crowd. "I'm really impressed with your plan."

Well before Trump's plan to build a wall, Sessions was a border hawk. From his post as chairman of the Judiciary Committee's immigration panel, he's long been the Senate's leading voice against illegal immigration and expanding guest worker programs.

"Do we want to have a legal system or not?" Sessions said 10 years ago, calling for tougher border enforcement. "Or are we once again creating a facade?"

The 69-year-old Sessions was first elected to the Senate 20 years ago. He's a former Alabama attorney general and U.S. attorney. In a statement from the transition team, Sessions said he embraces Trump's "vision for 'one-America' and his commitment to equal justice under the law."

She calls Sessions the most anti-immigrant voice in Congress.

"This is trying to take us back to a time when our country was anything but equal, anything but fair," she says.

Sessions' Senate Judiciary colleagues will be looking beyond his immigration views in confirmation hearings for attorney general. One thing that's expected to come up is the last time he was there: in 1986, when President Ronald Reagan had named Sessions to a federal judgeship.

But charges of racial insensitivity derailed the nomination.

Testimony included allegations he targeted civil rights leaders in an unsuccessful voter fraud prosecution, that he called the ACLU and the NAACP "un-American," and that he'd joked that he thought the Ku Klux Klan was "an OK group of guys" until he found out they smoked pot.

At the Senate Judiciary hearing then, Massachusetts Democrat Ted Kennedy called Sessions "a throwback to a shameful era."

"It's inconceivable to me that a person of this attitude is qualified to be a U.S. attorney, let alone a United States federal judge," Kennedy said.

At the time, Sessions said he was not the person his detractors were portraying.

"I am not a racist. I am not insensitive to blacks," he testified. "I have done my job with integrity, equality and fairness for all."

Now, Session sits on the very panel that rejected his nomination to the federal bench. And since then, at least one of the "no" votes, the late Sen. Arlen Specter of Pennsylvania, said it was a mistake.

"Because I have since found that Sen. Sessions is egalitarian," Specter said in 2009, when Sessions assumed the position of ranking Republican on the Judiciary Committee.

Former Republican Congressman Jo Bonner of Alabama says senators won't be swayed by what he calls a "character assassination" from the past.

"That was wrong then and it is equally wrong today," Bonner says. "I don't think that will slow his nomination down one iota."

"When the president-elect has called for an expansion of stop and frisk, and he's nominated a senator with an atrocious record on civil rights, A and B do not spell justice for most Americans," Brooks says.