Accessibility links
Not My Job: Garth Brooks Gets Quizzed On Other Garths In February, country music superstar Trisha Yearwood came to play our quiz, and she mentioned we might want to talk to her husband, who we understand is something of a musician himself. 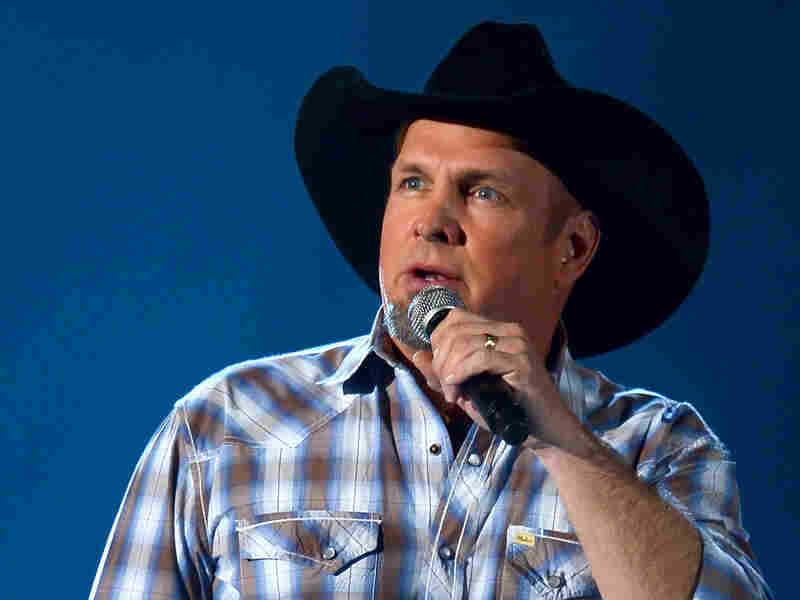 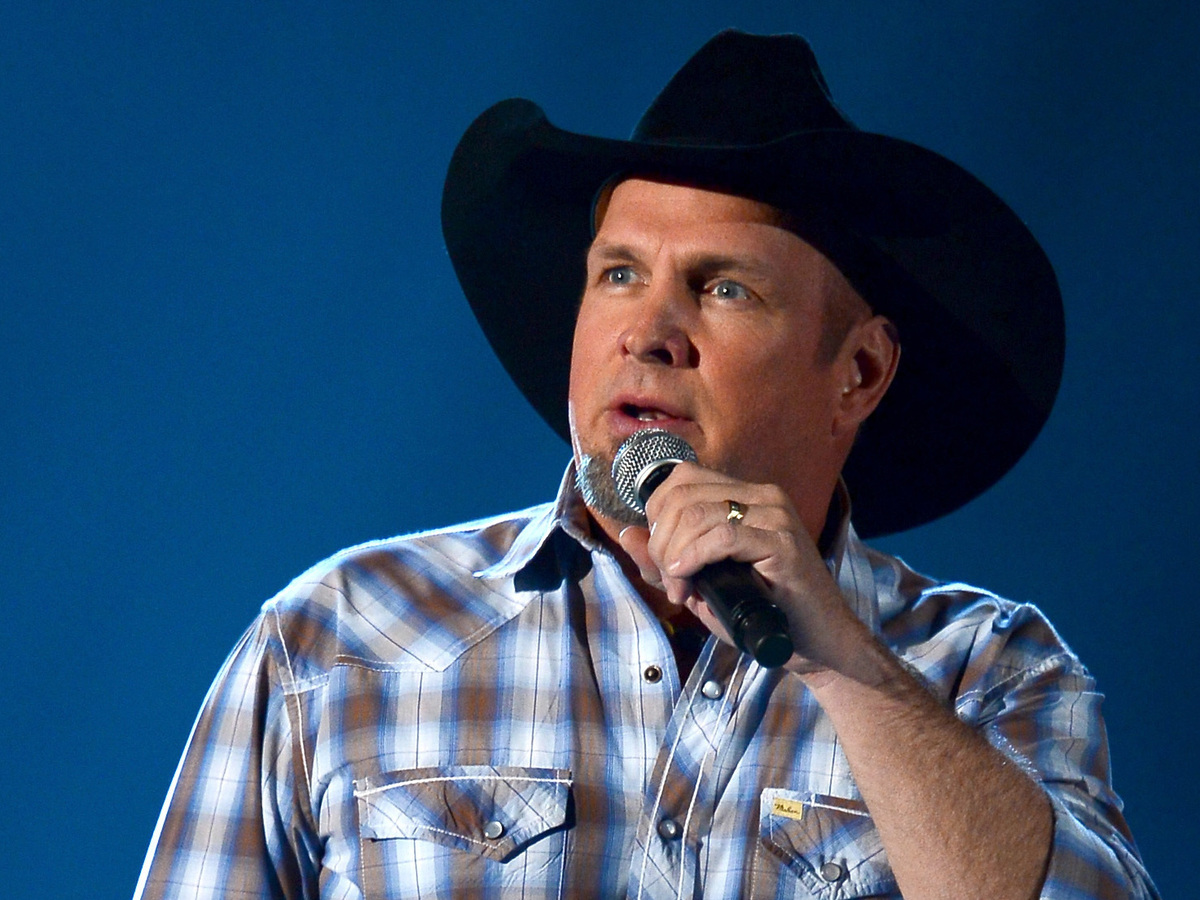 In February, country music superstar Trisha Yearwood came to play our quiz, and she mentioned we might want to talk to her husband, who we understand is something of a musician himself. Who can say no to Trisha Yearwood? So this week we welcome Garth Brooks to Wait Wait ... Don't Tell Me!

There are a lot of other Garths out there, so we'll quiz him on three other notable Garths. Click the audio link above to see how he does.

And now the game where we ask people who've done cool things to do something kind of lame, namely, play a game called Not My Job. Last year, we interviewed country music superstar Trisha Yearwood who was just - well, she was just great. And before she left she mentioned to us we might want to talk to her husband who we were led to believe in something of a musician himself.

SAGAL: And who can say no to Trisha Yearwood? So Mr. Garth Brooks, welcome to WAIT WAIT... DON'T TELL ME.

GARTH BROOKS: Thank you very much. I didn't recognize my introduction.

SAGAL: All right. Now, I imagine country singers always growing up in poverty and deprivation. Is that your story?

BROOKS: Yeah. I'm not sure what deprivation means, but yes.

FELBER: He was so poor, he didn't even have deprivation.

SAGAL: Tell me what it was like growing up.

BROOKS: Last of six kids - five boys, one girl. All five boys shared a room. Me and my brother's bed would roll out at night. We'd get in it, and they'd roll it up and stick it back in the closet. Sister, of course, was the only girl so she had her own room. So everybody wanted to kill her.

SAGAL: So you became, not to put too fine a point on it, probably the biggest country music act that ever has been. Do you have any reason why it was that your music became so universally popular, even people without - who weren't country fans?

BROOKS: No, I don't have a clue. You know, a lot of things happened right at the right time. It's all timing because here in Nashville - this isn't a statement of humbleness, it's a statement of honesty - your waiter can out-sing you, out-write you, out-play you. I mean, everyone here is talented. I think it's just...

PAULA POUNDSTONE: Where do you eat?

BROOKS: If you've seen me, I eat everywhere.

SAGAL: Yeah. Speaking of which, when we talked to your wife, Ms. Yearwood, we were talking about her cookbook that included something called, if I'm not mistaken, "Garth's Breakfast Bowl." And it had - help me out here - eggs, sausage, bacon, cheese and tortellini.

BROOKS: Yes, baby. The last was my idea.

BROOKS: Last night, she was making homemade ice cream. I said, you know what that needs? A little tortellini...

BROOKS: ...In everything. Was Ms. Yearwood there in person?

SAGAL: Yes, she was.

BROOKS: Ten to one, when you mentioned all her accolades - her books, her show and everything, and then you said "Garth's Breakfast Bowl," she probably rolled her eyes, didn't she?

POUNDSTONE: She was a...

POUNDSTONE: She was a little dismissive.

BROOKS: She calls it - she gets mad because of all those great recipes in there, and people talk about this one. And she thinks it's more of a compilation than a recipe.

SAGAL: Not so much an original album but a kind of a medley...

SAGAL: ...of other foods that don't necessarily belong together.

FELBER: But they're all hits.

BROOKS: Amen. She's just mad. I'm the brains behind the cooking show, everything.

ROXANNE ROBERTS: OK. Wait. As as a fan of the cooking show...

ROBERTS: And she takes a lot of pride in the dishes that she makes, you know?

SAGAL: Many of the recipes in that cookbook are quite excellent.

BROOKS: Oh, she is - she is nothing short of fantastic. Where she gets everybody is taste and texture.

SAGAL: Well, go on about that.

BROOKS: Her textures are unbelievable.

BROOKS: Her mashed potatoes are never runny, never too stiff. Her meatloaf's never too dry, never too wet - same way with the turkey. She's spot-on, man. And I would put her up against anybody in the kitchen.

FELBER: Wow. If you need a break to go eat something, let us know.

SAGAL: I've read - and tell me if this is true - that sometimes in your big arena shows, you like to make surprise entrances. Is that right?

BROOKS: Well, you know, entertainment's all about showing up and how you leave.

BROOKS: I usually just pop up somewhere. And, you know, never know when. And then the only thing that's guaranteed in the show on the set list for the band and crew is the first song. Everything after that could change, so everybody's always on their toes - makes it fun.

POUNDSTONE: So wait a minute. What do you mean you never know when? So you go to a Garth Brooks show. It's supposed to start at 8 o'clock...

POUNDSTONE: So is it around then that you pop up somewhere?

BROOKS: You know, that's a good point. I never thought of that.

SAGAL: I have now - I've obviously met and talked to your wife. Now, I've talked to you. You seem, seriously, like the happiest married couple I've ever spoken to. How in the world, given that peace, happiness and affection in your home life, do you ever write a country song?

BROOKS: Yeah, amen. Well, here's how. I always - if you've ever seen us anywhere, I always introduce her as the love of my life. She introduces me as her current husband.

FELBER: There it is.

BROOKS: That's how we kind of get along. She just keeps me. She goes - screw up, I'm out of here. So I walk a pretty fine line.

SAGAL: Well, Garth Brooks, we are so delighted to talk to you as we work our way through your entire family. We've invited you here, though, today to play a game we're calling...

BILL KURTIS: Garth Brooks Meet Garth Books. So you made...

SAGAL: ...The name Garth famous in music, but there is a noble history of Garths in literature, it turns out. We're going to ask you three questions about books by people named Garth, Garth books. And if you get two right, you'll win our prize for one of our listeners, the voice of Carl Kasell crooning on their voicemail.

Bill, who is Garth Brooks playing for?

KURTIS: Ainsley Gordon of Mobile, Ala.

SAGAL: All right. Your first Garth author is Garth Clark. He's from South Africa, and he has written several books about art collecting, including which of these - A, "Sad Clown Paintings: The Beauty Behind The Frown Behind The Smile"; B, "Black Velvet: The Medium Is The Message"; Or C, "The Eccentric Teapot: 400 Of Innovation"?

BROOKS: Can phone a friend?

SAGAL: You can phone anybody you want but not now.

KURTIS: There she is.

SAGAL: Wait a minute, you just asked your wife, Trisha Yearwood, to pick a letter at random?

BROOKS: I tell you, how else would I know if I'm right?

SAGAL: So you're going to go with - she said B, right?

BROOKS: She said B.

SAGAL: All right. It was C, "The Eccentric Teapot: 400 Years Of Innovation."

SAGAL: But you made your wife happy. That's OK.

BROOKS: You know what, nice job, honey. I thought it was C, but she said B.

SAGAL: I love the fact that, you know, after so many years of, like, storybook happiness, we are the ones who are going to screw up their marriage.

BROOKS: But here's your next question. Actress Jenny Garth of "Beverly Hills 90210" fame, wrote a memoir in which she confessed what - A, that Luke Perry ran her over with a Jet Ski; B, that she found her own TV show to be, quote, "a jejune pastiche of proletariat aspiration," unquote...

SAGAL: ...Or C, that the only way she could get through a day on set was to huff paint?

SAGAL: ...With Jet Ski? You're not even going to check with Ms. Yearwood? You're just going to go for it?

BROOKS: No. She's not any good at this game.

SAGAL: You're right, by the way.

SAGAL: It was A. Her co-star Luke Perry ran over her with a Jet Ski.

SAGAL: All right. You have one more question. If you get this right, you will win, as I'm pretty sure your wife did some months ago. Here you go. Sir Samuel Garth was a physician and poet in 17th-century London. Samuel Garth's greatest work was which of these - A, a play about the human body with characters such as spleen, liver and pancreas...

SAGAL: ...B, an epic poem making fun of pharmacists; or C, "Enemies In Low Places," an essay about diseases of the crotch.

BROOKS: I'm going to have to go with A just because I got a choice between A and B because I think C's out.

SAGAL: No. In fact, it was the poem making fun of pharmacists.

SAGAL: Bill, how did Garth Brooks do on our quiz?

KURTIS: Well, technically he didn't swing 2, but he swung 1. And that is Oklahoma strong, Garth.

BROOKS: Oh, thank you very much.

KURTIS: So you're always a winner with us.

SAGAL: Garth Brooks new album "Gunslinger" will be out November 25. And his 10-disc box set, "Garth Brooks: The Ultimate Collection" is now available at Target stores.

Garth Brooks, thank you so much for joining us...

BROOKS: (Unintelligible) Such a pleasure to meet with you. And happy holidays and love to your families.

SAGAL: Absolutely. Love to yours - love to Ms. Yearwood.

BROOKS: (Singing) She was born to a mother trucker, raised behind the wheel. So you can blame it on the highway for the way she can't sit still. She said life is like a windshield. It ain't no rear view mirror. The only way to get where you're going is find that higher gear and keep it rolling.

SAGAL: In just a minute, it's grandma's Listener Limerick Challenge. Call 1-888-WAIT-WAIT to join us on the air. We'll be back in a minute with more of WAIT WAIT... DON'T TELL ME from NPR.