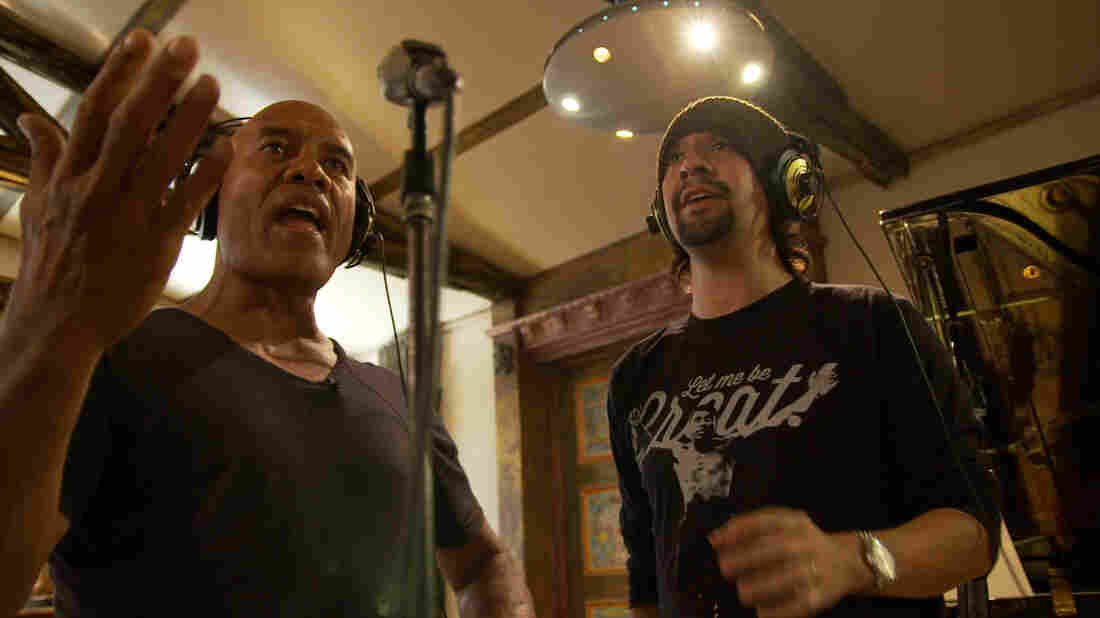 Opetaia Foa'i and Lin-Manuel Miranda are two of the architects of the Moana soundtrack. Disney hide caption 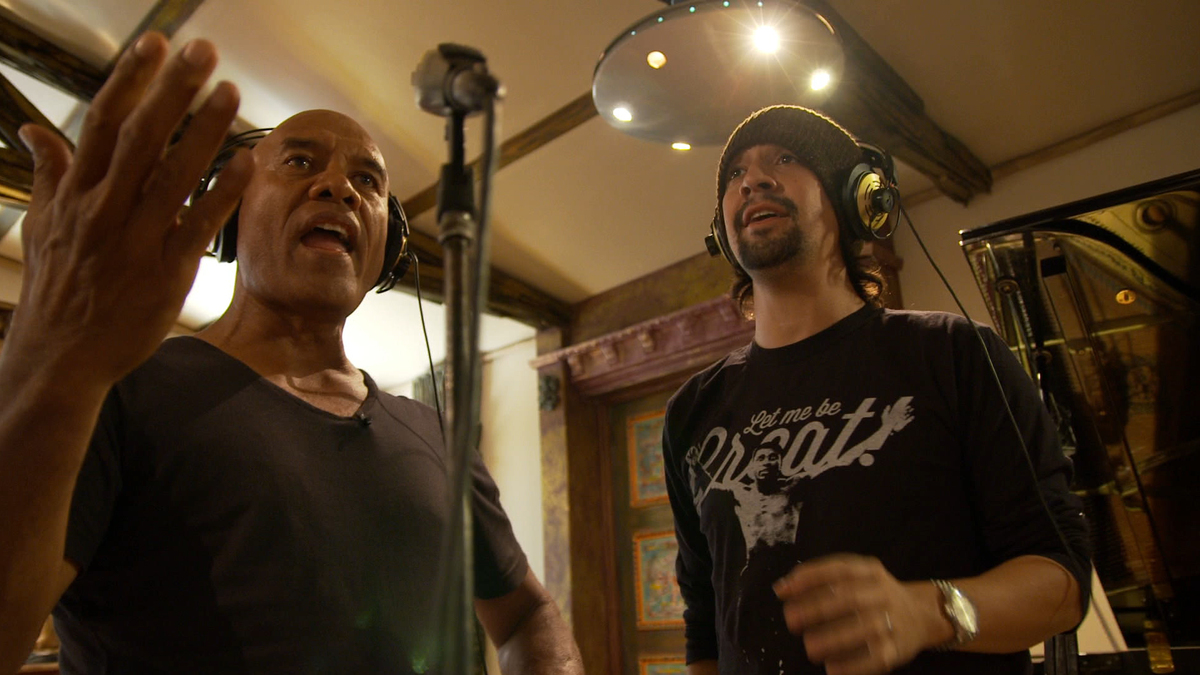 Opetaia Foa'i and Lin-Manuel Miranda are two of the architects of the Moana soundtrack.

Think about the classic Disney animated movies, and you may just start humming a song. Director Ron Clements says the pairing of music and film goes back to Disney's early animated films, projects like Steamboat Willie and Silly Symphonies.

"Music and animations were just like peanut butter and jelly," he says, laughing. "Seemed like they go hand in hand."

This Wednesday, Moana, co-directed by Clements and John Musker, joins that canon. In crafting the musical tale of a Polynesian girl adventurer, the team faced two major pressures: creating a story that could lean from the screen into pop culture, while also grappling with some of the more loaded aspects of the Disney tradition.

Both Clements and Musker started working at Disney as animators in the mid- '70s. By then, songs had taken a backseat, and the division was struggling. But in the late '80s, Disney turned to Broadway, and the result was a pretty big splash: The 1989 hit The Little Mermaid helped revive Disney animation. The musical template continued with successful films like Beauty and the Beast and Aladdin. More recently, Frozen, released in 2013, was also celebrated for its music. Three of those four hits, beginning with Little Mermaid, were the work of lyricist Howard Ashman and composer Alan Menken.

When they began writing for Disney, Ashman and Menken had just come off big Broadway success with their musical Little Shop of Horrors. "People clearly wanted us to be doing what we do, but aiming it towards a totally different form," Menken says.

Menken says there's a reason why Broadway and Disney animation were such a good marriage, and it has to do with Ashman's vision. "Howard was, you know, that rare breed who basically was a dramatist and a writer who understood how to integrate songs into works," he says. "He was the perfect person to come over and help, you know, reinvent the form. And then he asked me to come with him, which was a dream come true."

The creators of Moana wanted to build on that formula, so they went looking for the brightest star on Broadway today. The choice was obvious: Lin-Manuel Miranda, who created the smash hit Hamilton. Turns out, Miranda was bitten by the Broadway bug when he saw Little Mermaid at age 9. "When Sebastian the crab began singing a Caribbean calypso number in the middle of a Disney movie, my life has sort of never been the same since," Miranda says.

Miranda, whose family hails from the Caribbean, made sure the songs in Moana advanced the story in the musical theater tradition. But he also had to address another Disney legacy. The studio has taken flak in the past for appropriating other cultures in misguided — and sometimes insulting — ways.

Miranda says he didn't take this challenge lightly. "If you're making a movie about a part of the world, for many people that will be their only exposure to that culture," he says. "So you should know something about that culture [laughs] when you write it."

Miranda doesn't mean that artists shouldn't write about cultures that aren't theirs. "I think anyone should be able to write about anything," he says. "But your biggest tools are empathy and research. Emphasis on the research."

Clements says the filmmakers did as much of that research as they could. He says they met with academics — anthropologists, linguists and archaeologists. But they also met with villagers, chiefs, sailors and navigators. He recalls a statement from one of the elders they met in Tahiti: "For years, we've been swallowed by your culture. One time can you be swallowed by our culture?"

The score for Moana was composed by Mark Mancina, who also arranged the songs for The Lion King. He says he tried to be careful there, too. He turned Elton John's pop songs into show tunes with the help of South African musician Lebo M.

"I couldn't have made Lion King sound African without working with Lebo," Mancina says. "We brought him in and that gave it authenticity." For this film, Mancina and Miranda worked with Opetaia Foa'i, a Samoan musician who helped make sure the Moana songs were steeped in the culture of Oceania.

Foa'i says the quality of the work is important. "You can't fool people, you know," Foa'i says. "If something's fabricated, we know it." But he says he's pleased with the results. "Put it this way: my ancestors would be happy with this movie," he says. "And that's saying a lot."

Foa'i wrote the song "We Know the Way" and contributed rhythmic chants and input throughout the process. The songs in Moana feature Foa'i's vocal group, Te Vaka, as well as a larger choir from Fiji. If these songs go on to become part of the great Disney songbook, Lin-Manuel Miranda believes, the effect will be enormous.

"When visual storytelling matches musical storytelling in the right way, you get the opening sequence to The Lion King, you get Aladdin and Jasmine in 'A Whole New World,'" Miranda says. "And you never forget that, 'cause you're a kid, and it may be the first time you've been transported in quite that way."

Miranda adds that while theater tickets are expensive, a lot of people can go see Disney movies. And just as he heard something of himself as a kid in The Little Mermaid, he hopes today's young audiences will hear sounds that evoke another culture — or their own — in Moana.