Accessibility links
German Chancellor Will Seek A Fourth Term German Chancellor Angela Merkel, the most important voice for liberal democracy in Europe, announced on Sunday that she will run for another term in 2017.

German Chancellor Angela Merkel, the most important voice for liberal democracy in Europe, announced on Sunday that she will run for another term in 2017.

And now to Germany, where Chancellor Angela Merkel announced in Berlin today that she will run for a fourth term next year. For weeks, her German and European allies have been coaxing her to declare her candidacy. Even President Obama seemed to give her a public nudge during his visit to Berlin last week. But as NPR's Soraya Sarhaddi Nelson reports from Berlin, the chancellor said she had major reservations about continuing in her role.

SORAYA SARHADDI NELSON, BYLINE: Angela Merkel talked about her candidacy in her usual understated manner, but with an uncharacteristic dose of humor.

NELSON: She told reporters she's been asked time and again since her last election three years ago whether she'd run again and that her answer was always the same - I'll announce it at the appropriate time.

NELSON: She added today is the appropriate time. It certainly appears to be from the German voter perspective. A recent survey by the polling firm Forsa found 60 percent of those surveyed want her to stay on as their leader. That's a far cry from the sharp rebuke voters gave the chancellor and her party in state elections across Germany earlier this year, including in September in her electoral district. Many of the 62-year-old's one-time supporters cast ballots for other candidates to protest her policy welcoming refugees.

Now many Germans are nervous about something else - the election of Donald Trump and his future relations with Europe. Some German analysts say his victory changed the image of Merkel from a problem politician to the last powerful defender of liberal values in the West. Olaf Boehnke is a fellow with the German Council on Foreign Relations.

OLAF BOEHNKE: Maybe the 50 percent of the U.S. who voted for Hillary Clinton, as well as more than 90 percent of Europe, are hoping she's maybe the last sort of hope, that she can be the one actually domesticating President Trump.

NELSON: Boehnke is being tongue-in-cheek, but the idea is nevertheless gaining traction in Europe. People here worry about Trump's repeated threats to cut American support for NATO and his expressed admiration for President Vladimir Putin despite Russian military actions in Ukraine and Syria. Merkel, however, isn't eager to embrace the mantle of leader of the free world.

NELSON: She says while it's an honor to be seen as influential in the wake of the U.S. elections, she also finds it, quote, "grotesque and too absurd."

NELSON: Merkel added no single person, even with the most experience, can fix things around the world, and certainly not a chancellor of Germany. That reluctance stems in part from her upbringing as a Lutheran pastor's daughter as well as a general post-war reluctance in Germany to be seen as grabbing power. But parliamentary correspondent Anja Maier says many Germans are happy Merkel is running.

NELSON: She says even readers of her left-leaning daily, Die Tageszeitung, have been sending emails and posting comments saying they can't believe they're happy to be living in a country ruled by a conservative like Angela Merkel. Merkel says she struggled with the decision to run, however, not just because of the failure of her refugee policy, but whether her experience justified staying in office another term and whether she was still hungry enough to do the job.

NELSON: But Merkel deflected on just how long it took her to decide. She quipped that she needs a lot of time to think, which is why her decisions are always late. Soraya Sarhaddi Nelson, NPR News, Berlin. 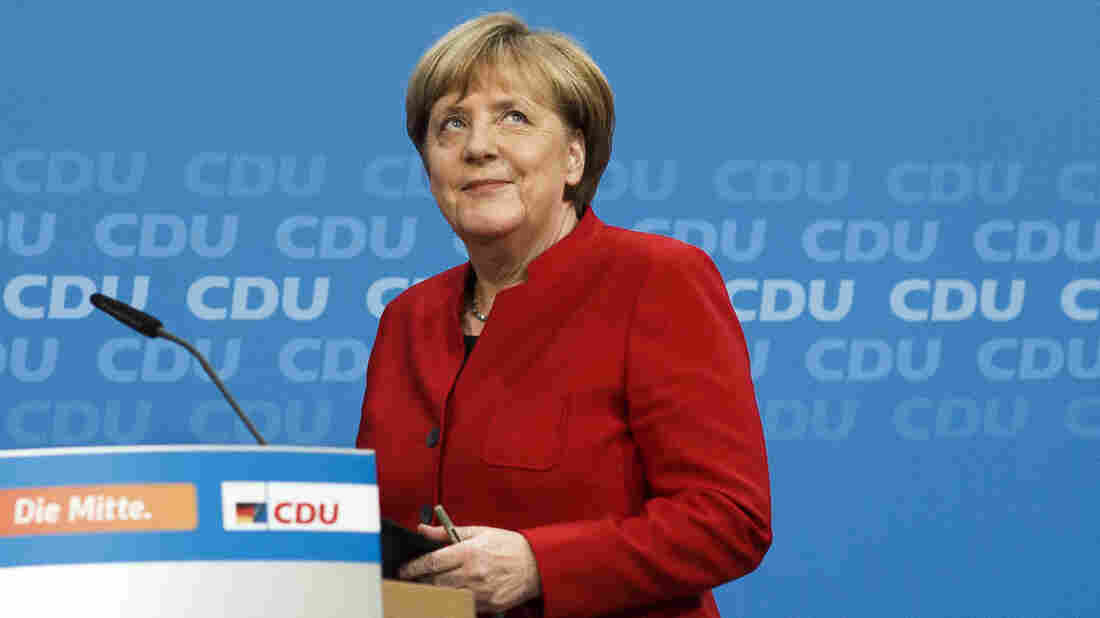 German Chancellor Angela Merkel arrives at a news conference where she announced her plan to run for a fourth term next year. Merkel is the leader of the conservative German Christian Democrats party. Carsten Koall/Getty Images hide caption 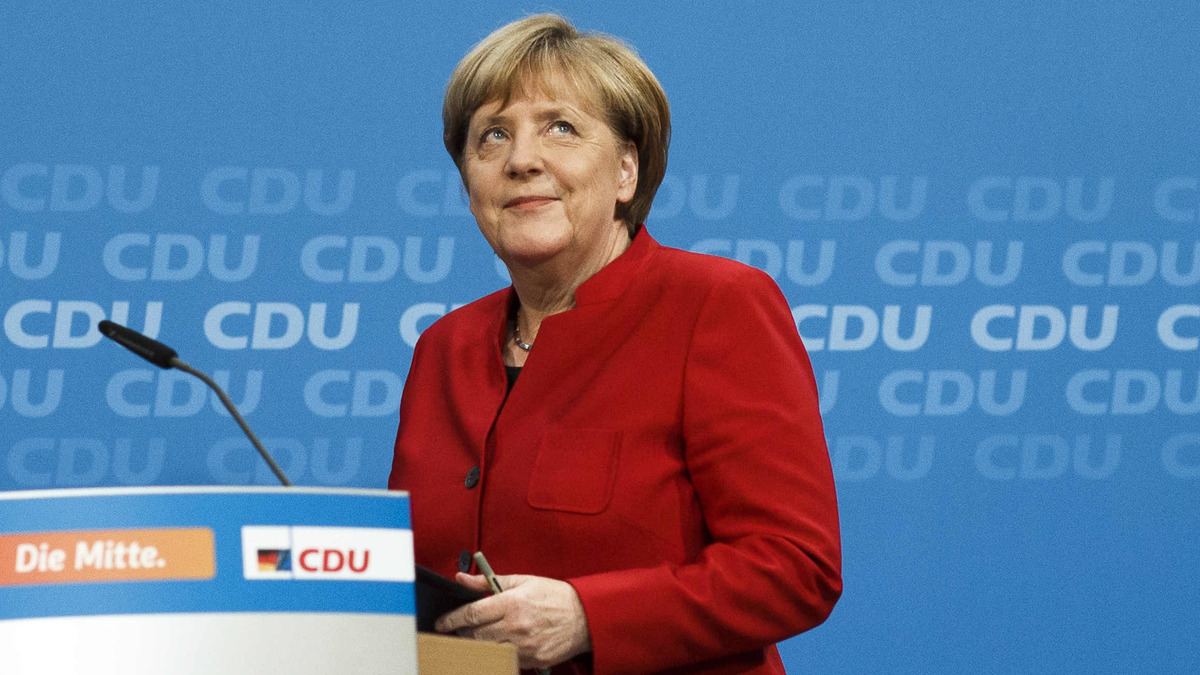 German Chancellor Angela Merkel arrives at a news conference where she announced her plan to run for a fourth term next year. Merkel is the leader of the conservative German Christian Democrats party.

German Chancellor Angela Merkel says she'll seek another term in the office she's held since 2005, holding a news conference Sunday that ends speculation at a time of intense change in the European Union.

Merkel, 62, made it official in a news conference held by her party, the Christian Democratic Union.

"I told the CDU that I was ready to stand again," she said," according to Deutsche Welle. "This election will be even more difficult than those we have had before as we are facing a strong polarization."

Those words echo what Merkel said this past week, when President Obama paid his final visit both to Germany, the country he visited as a candidate, and to Merkel, the only leader of a major Western power who was in office when Obama was elected.

Merkel and Obama spoke about the need to find unity, and to reach those who've been marginalized by political and economic change.

"But those that belong purportedly to certain groups say, 'We are the people, and not the others' — that is something that we cannot allow to happen."

The sentiment exists both in Germany and beyond — and it's up to world leaders to answer the question, she said.