Accessibility links
Novelist Zadie Smith On Historical Nostalgia And The Nature Of Talent Her new book, Swing Time, tells the story of two girls who dream of being dancers, but only one has the talent to do so. Smith says talent is the most unfair of gifts; you either have it or you don't. 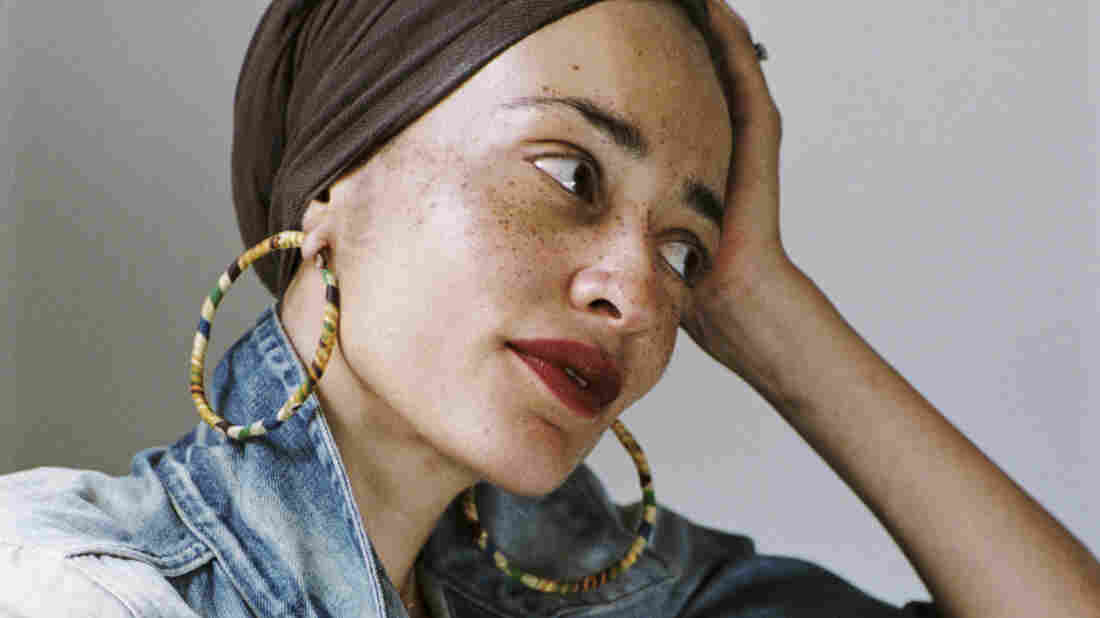 Zadie Smith has written several novels, including On Beauty, which was shortlisted for the Man Booker Prize in 2005. Dominique Nabokov/Penguin Press hide caption 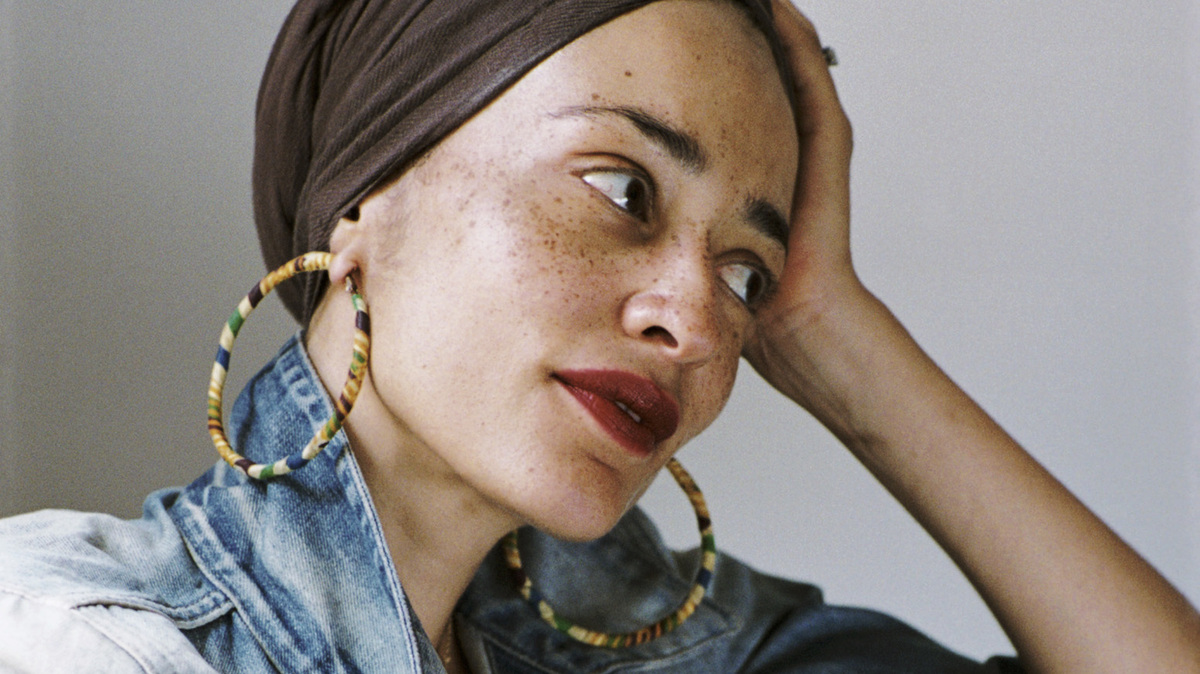 Zadie Smith has written several novels, including On Beauty, which was shortlisted for the Man Booker Prize in 2005.

In a time of heated political differences, British novelist Zadie Smith says she enjoys talking to people with whom she disagrees. She tells Fresh Air's Terry Gross that listening to conflicting viewpoints helps her find a place of connection with people whose beliefs are different from her own.

Smith explains that she thinks of people as pluralistic, with different ideas that emerge depending on the historical context. "I don't believe that great swathes of the population are in some way fundamentally stupid or evil or this, that or the other," she says. "I think that different values within people can be preyed upon and brought to the fore, and that responsibility lies in large part with the ring leaders. But I kind of retain an optimism in individual people."

Smith's fiction centers on characters who find themselves defined, in part, by their race, ethnicity and class. Her latest novel, Swing Time, tells the story of two biracial girls who become friends in dance class. Both dream of becoming professional dancers, but only one has the talent to do so. The book is, in part, a meditation on the notion of talent.

"Some [societies] say, well you have this gift, and everything accrues to you because of it; and if you don't have this gift, bad luck dude, you've failed the life game," Smith explains. " ... When I'm writing, it's a constant question." 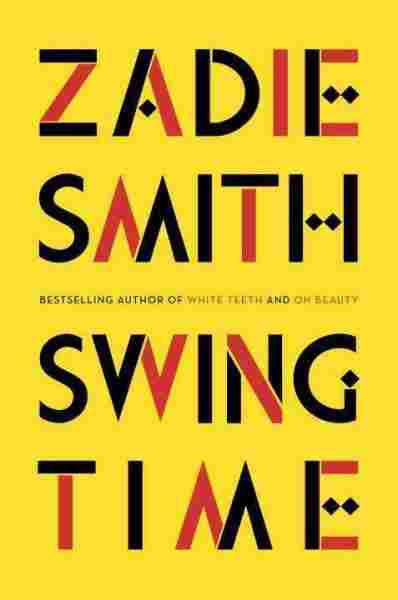 This is a very interesting point for me because that kind of historical nostalgia is only available to a certain kind of person. ... I can't go back to the '50s, because life in the '50s for me is not pretty, nor is it pretty in 1320 or 1460 or 1580 or 1820 or even 1960 in this country, very frankly. So that's what interests me — the historical nostalgia that is available or not available to others.

I am also historically nostalgic, and the left is also historically nostalgic, and as tempting as it would be to apply the solutions of 1970s semi-socialist England to present problems, I don't think that's possible either. I think the idea is that you find some way to restate the things you find valuable in the past — if you find them valuable — in a way that people can live with, in a way that's livable in this contemporary moment.

On how racial perceptions change over time

Certainly the kind of groupings and stereotypes are so subject to history — that really interests me. For instance, if you'd asked the kids in my school when they were all about 12 what one could expect of, say, a Pakistani-Muslim boy in our class, our go-to image of that young man would've been of a rather tedious math or biology student heading for one of the better universities.

Part of historical writing is to remind oneself ... things were different, and therefore can be different again.

It's funny, isn't it? So these kind of racial stereotypes of groups, they have the ability to transform. I guess when I'm writing, part of what I'm insisting on is that whatever we're living in at the moment is not, in some way, fundamental. Things are constantly open to change. And part of the thing which I find dangerous about some of the thought right now is exactly the suggestion of eternal states; so, that things have always been this way, they never could be any other way. Part of historical writing is to remind oneself ... things were different, and therefore can be different again.

On her signature head wrap

Quite often [wearing a head wrap] has to do with my impatience with getting dressed. I like getting dressed, but I don't want it to [take] a lot of time. The head wrap began as a way of saving time, not being bothered to do my hair in any practical way, but also as a kind of ... symbol or allegiance with exactly that kind of African ancestry. After all, many, many more women in the world wear something on their heads than don't, and I like to be part of that sisterhood.

I think people of my shade all over the world will have these experiences: You might go to Morocco and people will believe you Moroccan; you might go to Egypt and be confused for an Egyptian; you might find yourself in Bangladesh and people are talking Bengali to you. It's an interesting mind state, one I've always found very enjoyable, actually. ... I guess ... the movability of the identity is interesting, whereas I suppose a white person is white wherever they go. They're kind of stuck with it, whereas I find the interesting interpretive quality that my shade creates in others curious — sometimes funny, sometimes upsetting, sometimes alarming.

On being born with things that are out of our control, like money, talent or a certain skin color

I guess I'm always thinking of duties, rights and gifts. To me, that's how social worlds and our intimate lives are structured: What is your duty? What accrues to you? What is your right? And what are your gifts?

The wild card is gifts. ... Perhaps the most unfair, because it's unavoidable, is this gift of talent. I don't just mean you're a good dancer, you're a good singer, you're a good writer; but you have a mind for schoolwork, for example, and some people just don't, never will, never could. ...